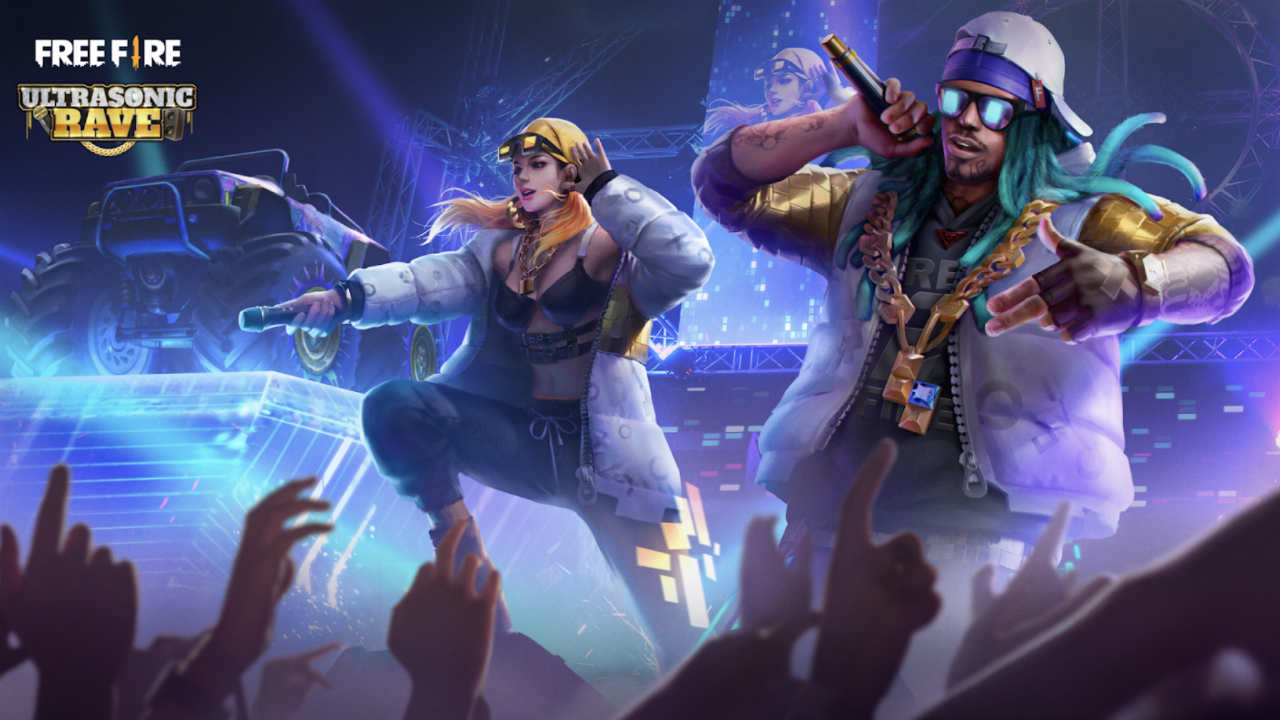 Free Fire has announced that its next Elite Pass (EP) will be called Ultrasonic Rave. As the name would suggest, the EP focuses on a retro hip-hop style and aesthetic. As always, the new EP adds a bunch of new skins and cosmetics. This includes the two main outfits, namely Stage Master Cooper and Starlet Candy. Both Cooper and Candy wear oversized iconic golden accessories, baggy pants, puffy jackets, and a matching arcade game special effect. Other skins include the Victory Tune backpack skin, Tomb of Boom loot ox skin, the Ultrasonic Rave surfboard and Mic Drop grenade skin.

As with every other EP, Ultrasonic Rave also has a story behind it. It talks about a supercity where music technology can be used as a weapon. The story notes that other countries want to get their hands on this technology, and it's up to the protagonists, Stage Master Cooper and Starlet Candy, to keep this tech safe.

Garena Free Fire also recently announced a new event to celebrate Diwali. Called Light Up Bermuda, the event introduces localized in-game events that include Indian themed emotes and costumes. The event tasks players with completing missions at the Light Up Bermuda Web Event. Players are tasked with collecting diyas to light up the map to 100%. These diyas can then be exchanged for weapon skins and emotes. Each skin costs 30 diyas, while each emote will cost 20 diyas. Players will also get a free Magic Cube on Diwali (November 14).