This is a comprehensive list of the best Amazon mobile phones available today. Amazon India sells some of the best selling phones in India today and this list will take you through top ten smartphones available on Amazon India. Smartphones these days offer 2K displays, very powerful mobile SoCs, 64GB of storage and cameras than can make run circles round proper digital cameras. These smartphones offer the right mix of performance and features. Click on each of the recommended top 10 smartphones to read their detailed reviews, and get more information on the best smartphones in India. Although the prices of the products mentioned in the list given below have been updated as of 24th Jan 2021, the list itself may have changed since it was last published due to the launch of new products in the market since then. 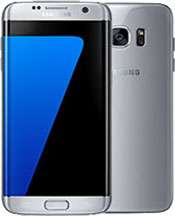 The latest flagship from Samsung is the best smartphone you can buy in India today. The Galaxy S7 Edge is just sublime when it comes to performance and offers one of the finest smartphone cameras available today. However, what makes it unique is the curved Super AMOLED display.

LG G5 is the world’s first modular smartphone. It boasts a metal construction which hides away a removable battery. The phone features a powerful Qualcomm Snapdragon 820 SoC, which is coupled with 4GB RAM. On the front, there is a bright 5.3-inch 2K display offering amazing viewing angles.

Apple iPhone 6s will become a year old in a few months but it is still one of the best phones around. Offering a plethora of applications and a very fluid UI, the iPhone is a good choice for people who don’t want to tinker with their smartphone. The phone offers one of the best gaming performance and has a stellar camera to boot.

The latest flagship from OnePlus is one of the best buys if you are looking for a budget flagship. The OnePlus 3 offers somewhat similar hardware to LG’s G5 or the HTC 10 at almost half the price. Yes, there are some cutbacks but nothing major. The Qualcomm Snapdragon 820 powered phones, features a whopping 6GB of RAM and a very good 16MP camera. We just hope, it had a slightly larger battery.

Last year’s Galaxy Note 5 is a worthy buy for power users and for people who require productivity on the go. It features a 5.7-inch 2K AMOLED display which offers nice viewing angles and is the perfect size to be used with a stylus. The device is powered by Samsung’s Exynos 7420 SoC, which is quite fast. It also has a 16MP rear camera which shoot videos in 4K.

Another Samsung phone or should we say phones join the list. Last year’s Samsung Galaxy S6 and S6 Edge are still one of the best smartphones to buy. Offering a super fast performance and brilliant camera. Both phones offer a high resolution 2560 x 1440p display in a well-constructed metal and glass chassis. If you are going for the S6 Edge, you will end up with one of the most good looking smartphones in the industry.

The Nexus 5X is a trip down the memory lane as the phone looks quite similar to the older Nexus 5. However, everything changed, from the internals to the rear camera. On the inside, there is a Qualcomm Snapdragon 808 SoC which is optimized to perform flawlessly with that 2GB of RAM. Google has also equipped the phone with a very good 12.3MP rear camera, which takes sharp and crisp images without losing out on too many details.

With an uncanny similarity to the Apple iPhone 6 in terms of its design, the HTC One A9 is a very good-looking and ergonomic smartphone. It is slim and light, and houses a 5-inch Full HD AMOLED display. It is powered by Qualcomm’s Snapdragon 617 SoC, which, combined with the 3GB of RAM, keeps everything rolling smoothly.

Xiaomi’s Redmi Note 3 is one of the best phones to buy if your budget is limited to under Rs. 15,000. Powered by a powerful Qualcomm Snapdragon 650 SoC, this budget phone can tackle most processor-heavy tasks without breaking a sweat. What’s more, the large 4000mAh battery offers almost two days of battery life.

Moto’s latest G4 Plus is a good upgrade over the old Moto G. The latest phone offers one of the best displays out there. It is powered by a Qualcomm Snapdragon 616 SoC, which is coupled with 3GB of RAM. With the stock-like UI onboard, the Moto G4 Plus flies through most tasks and you can install a lot of apps as the device has 32GB of onboard storage. The camera won’t disappoint either, as the 16MP rear shooter is fast and take really good images.