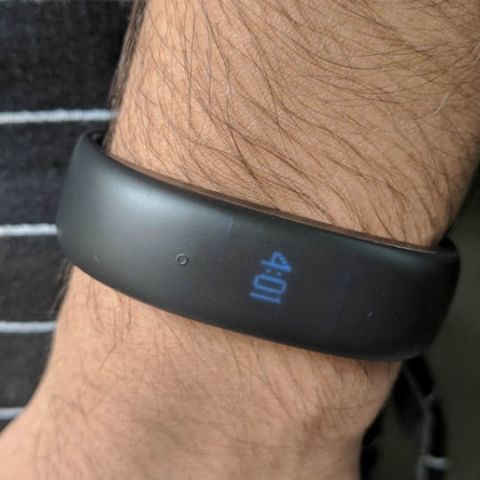 Budget fitness trackers are somewhat of a mixed bag really. They are usually pretty basic, but the price makes them quite tempting. There are already loads of companies offering fitness trackers around the 2K mark. These include, Xiaomi, Intex, Portronics and many more. Out of all these however, I personally quite liked the Lenovo HW01. The fact that you got an optical heart rate tracker for the price added to its appeal. With the Lenovo HW02 Plus, the company aims to improve upon the original.

I personally prefer subtle designs in my wearables, which is why I liked the design of the first Lenovo HW01 so much. With the HW02 Plus, the company has stuck to the bracelet-like design with a bunch of added tweaks. There is a new display that blends into the body along with a new strap. There is also a new way to charge the tracker. Instead of a microUSB port that was covered by a little flap. You now get a charging cradle that locks in place via magnets.

All in all, the new Lenovo HW02 Plus looks sleek and I feel that that it is one of the best looking fitness trackers in the market right now. It is also quite light at about 25 grams, and I had no problems sleeping while wearing it. 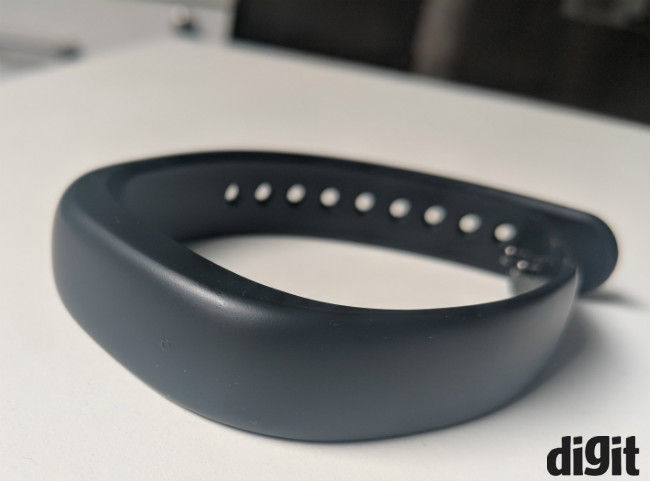 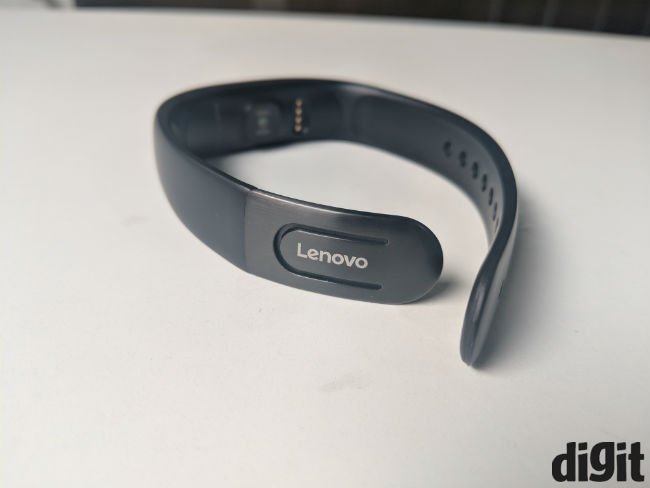 These sleek looks do come at a price though, especially the new strap. While the older fitness tracker came with a traditional buckle-style strap. The HW02 Plus comes with a two-prong design. This makes wearing it quite a fiddly affair with me wresting the two straps in place with my fingers, while the thumb shoves the prongs in place. I have used other wearables using the prong design before, but they usually have a loop on one end of the strap where you can thread the other strap through. This holds both straps in place while you attach the prongs. Another thing to note is that while the device is splash resistant, with an IP67 certification, you can't take it swimming with you. This is a bit disappointing considering the fact that I didn't see any obvious places where water could enter the device. 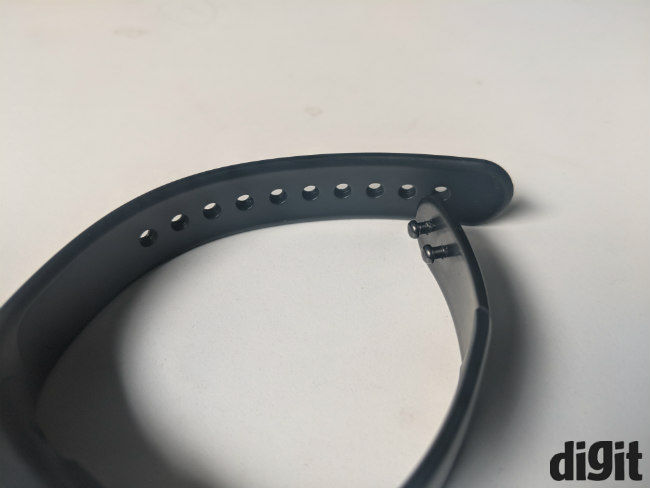 Like its predecessor, the new HW02 Plus comes with an OLED display. However, unlike its predecessor, the display is located behind a translucent plastic. So it shines through when showing the time and when its off, the band looks more like a bracelet. Just below the display is a capacitive button which is also hidden behind the plastic. This button is used to cycle through the different menus. There is a little nub to let you know where exactly you need to touch. 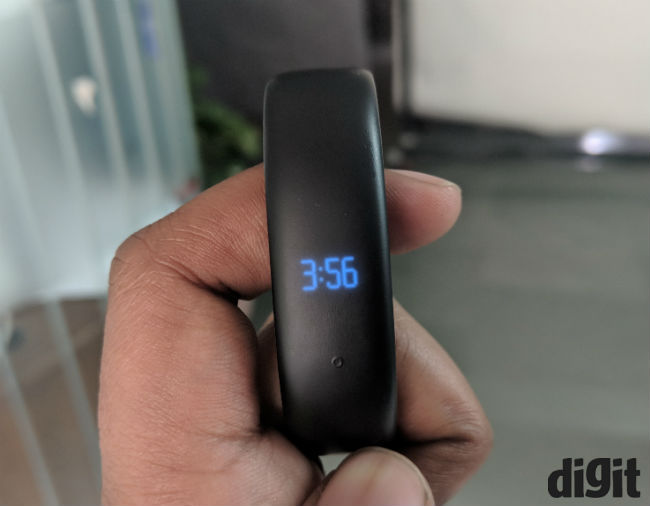 Another thing to note is that the display is oriented vertically instead of facing sideways. This may not sound like a big deal, but it helps as you can wear the tracker on either wrist without the need to change the orientation of the display.

While placing the display behind the body may look cool,there is one major drawback. The sunlight visibility of the display is close to nothing. The only way you can read the display in bright sunlight is by cupping your hand over it and peeping in. Definitely not dignified.

As mentioned earlier, the little button under the display of band lets you cycle through various information such as number of steps, calories burned, heart rate measurement and battery. There is also a section that turns on the ‘find my phone’ feature. All of the above is pretty straight forward and is usually found on other bands as well. However, the most interesting one of the lot is a measurement of something called ‘PAI’ or Personal Activity Intelligence.

PAI is aimed at being a single metric that will allow users to gauge their activities and understand how much more exercise they need to keep a healthy lifestyle. The way PAI works is a little complicated (to me at least), but the idea is pretty interesting.

So instead of following a set metric, such as a certain number of steps, or certain sets of activities. PAI measures heart rate over the course of a day and assigns a certain number to it. These numbers are then added over a course of a week and the aim is to have the total be over 100 by the end of the seven days. So a glance at the PAI metric should let you know how much activity you need to stay fit. 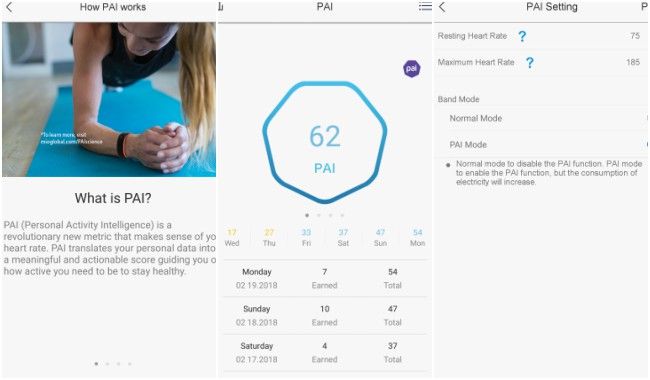 The PAI metric makes sense as you are not looking at a single activity in order to gauge your daily activity. So you could do whatever you want, be it cycling, cleaning or even a game of football. The band will track it and add it to your PAI score. Of course, while all this sounds hunky-dory, its actual effectiveness is up for debate. PAI doesn't tell you excatly what you did to earn that amount of PAI. Nor do we know if earning that amount of actually does any good to us. A bit more information of how we earned that PAI would offer greater clarity and insight into our fitness regimen.

Coming to the Lenovo health app for smartphones. You’ll have to create an account to see a detailed analysis of what the band tracks. This includes a breakdown of your PAI score, steps taken, and a measure of how good your sleep was. The app also lets you set the ‘Anti-Sleep Alarm’. Once you set how long you want the alarm to be, the band automatically vibrates if it detects you are about to doze off.

Everything about the app is fairly straightforward. However, every time I opened the app, I was greeted with an advertisement for another Lenovo health product, which was a little annoying.

The Lenovo HW02 Plus sports a 60mAh battery, which was enough for it to go for about a week with no charge. This is pretty much par for the course when it comes to fitness trackers at this price range.

The charging system of the HW02 Plus is something I found more interesting. It uses a magnetic cradle that attaches to the bottom of the tracker. This is a lot better than the clamp-style charging system being used by some other bands at this price range, so I have to give Lenovo props for that. Also, I found the charging cable to be short. This isn’t a dig at Lenovo, as many other manufacturers tend to do the same, just that I really don’t like my bands dangling precariously while they are charging. 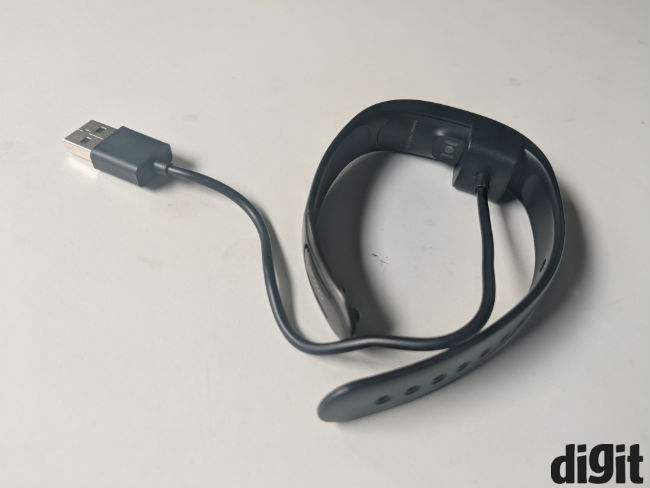 Speaking of the charging cable, it should be noted that since the old HW01 used a standard microUSB slot for charging, it negated the need for me to carry a separate cable when I traveled. This is always going to be a good thing as there is one less cable to lug around.

The Lenovo HW02 Plus Fitness Tracker is a good looking fitness tracker that does a lot for its price. The integration of PAI means that it is no longer restricted to providing activity information based on certain activities like running. However, the lack of sunlight visibility and the way you have to fasten can be a turn off, especially for those who are outdoors a lot. Having said that, if you can live with those flaws, the Lenovo HW02 Plus is a pretty impressive fitness tracker for the price.