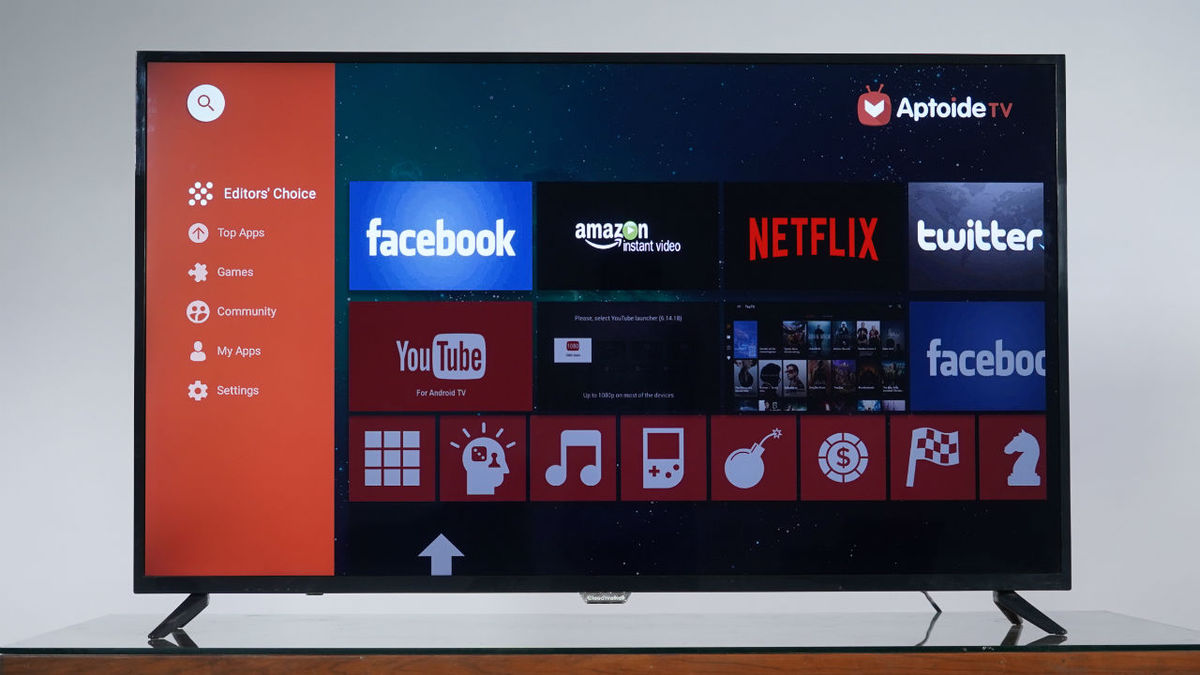 For Rs 30,000, the CloudWalker Smart LED Screen supports 4K and HDR, but HDR content looks darker than we’d like. For SDR and 4K content, it gets the job done. If Netflix and Prime Videos are not your primary streaming sources, then the other streaming services work well on this TV. natively. To enjoy Netflix and Prime, you will have to connect an external source. The keyboard and mouse that come in the box are plastic and functional. The TV works for typing documents and social networking but isn’t great for multitasking. Overall, depending on your needs, you can check out what the competition offers before making your purchase decision.

We have seen the launch of a number of TVs in India in the budget segment sporting Android TV and not AOSP. With the upgrade from AOSP to Android TV in the budget segment, the UI and UX have improved greatly. However, there are still some TVs running on AOSP and trying to give users a different user experience. Today we have with us a Smart LED Screen from Cloudwalker. The unique thing is that the TV comes with a keyboard and mouse in the box, runs on AOPS and has a customized home screen. Is it enough to make a difference?

Key Specifications at a glance

The build of the TV is in line with what we expect from a 30k TV. It has an all-plastic shell, plastic feet that are slim and bezels that surround the display. The bottom bezel is thicker than what we’ve seen on other TVs in this budget. It is also thicker than the other three bezels of the TV and at times this can look slightly disproportionate. It is something you will get used to over time. When kept on a tabletop, there is a little less than 5-inches of space below the TV, which should be enough for a slim soundbar and your set-top-box. The feet on which the TV stands are sturdy. There is no wobble and if you decide to place the TV on a tabletop, know that it will stand firm. Overall the build is in line with other TVs in the same price range. 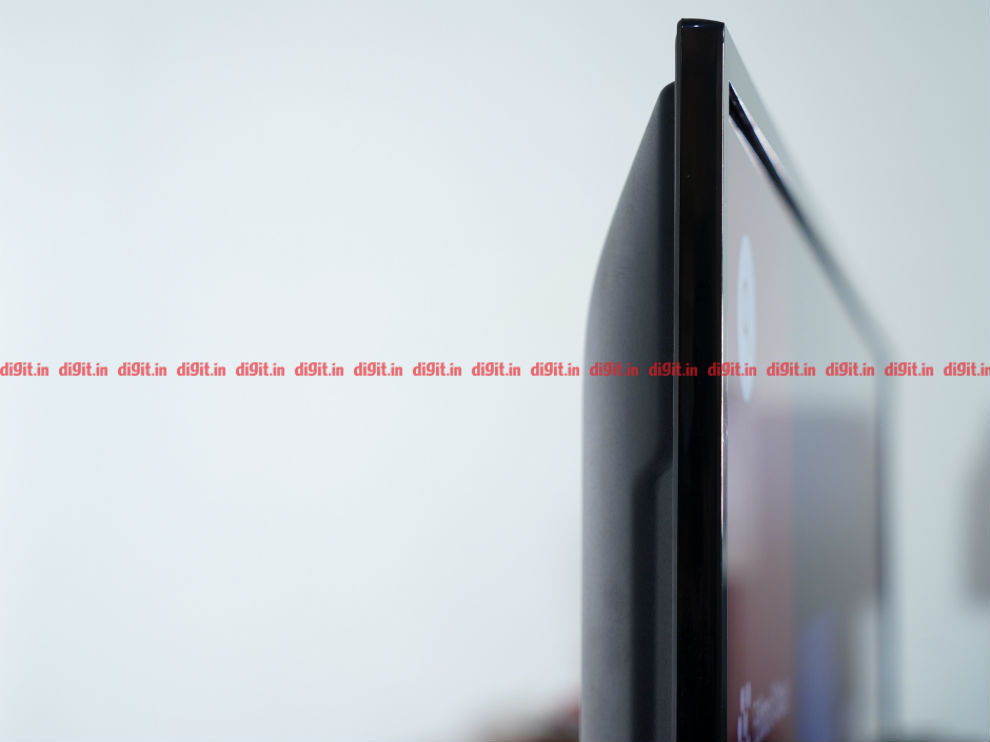 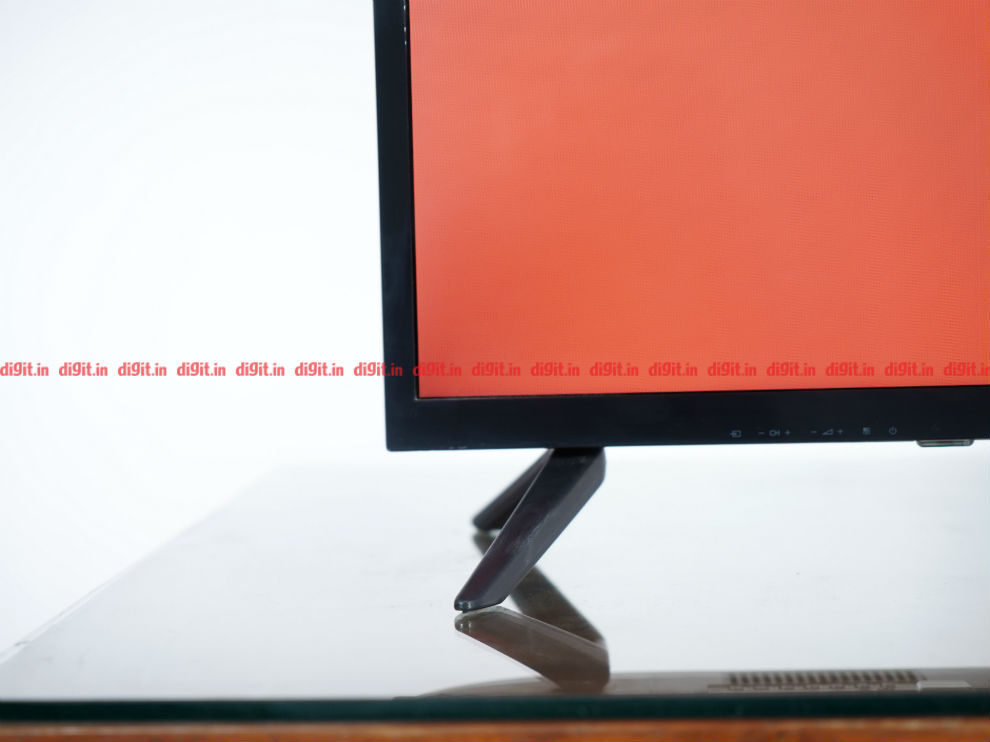 When it comes to connectivity, the Cloudwalker Smart LED screen has 3 HDMI ports and 2 USB ports on the side including ARC support on HDMI 3. At the back, you have a LAN port, optical audio port, two component-in ports, and an earphones port. 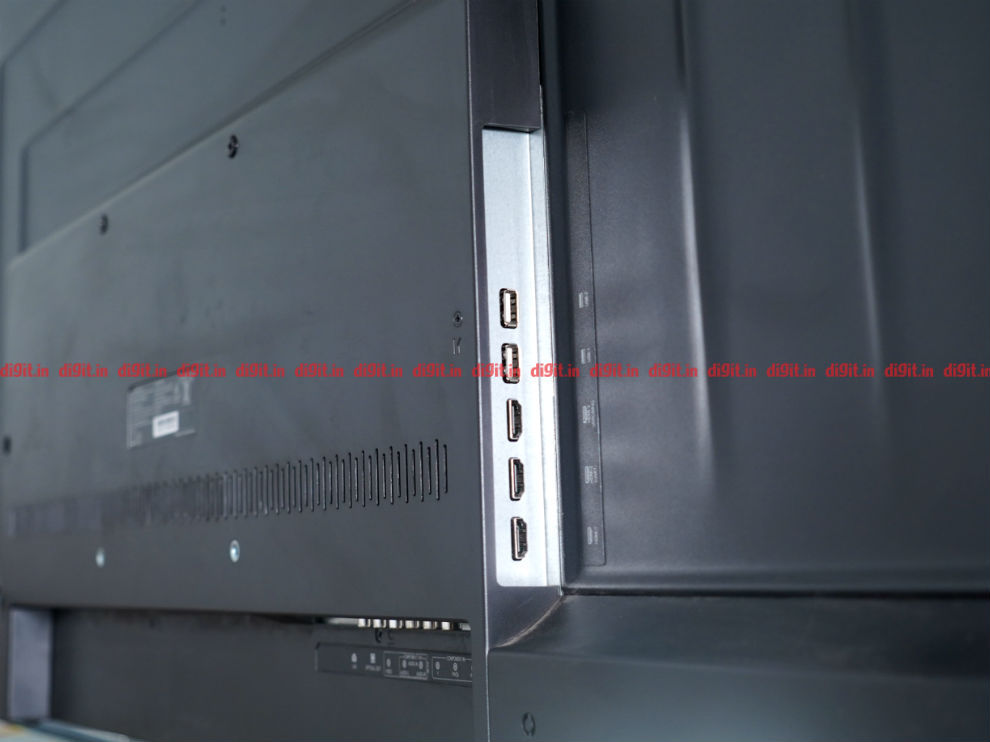 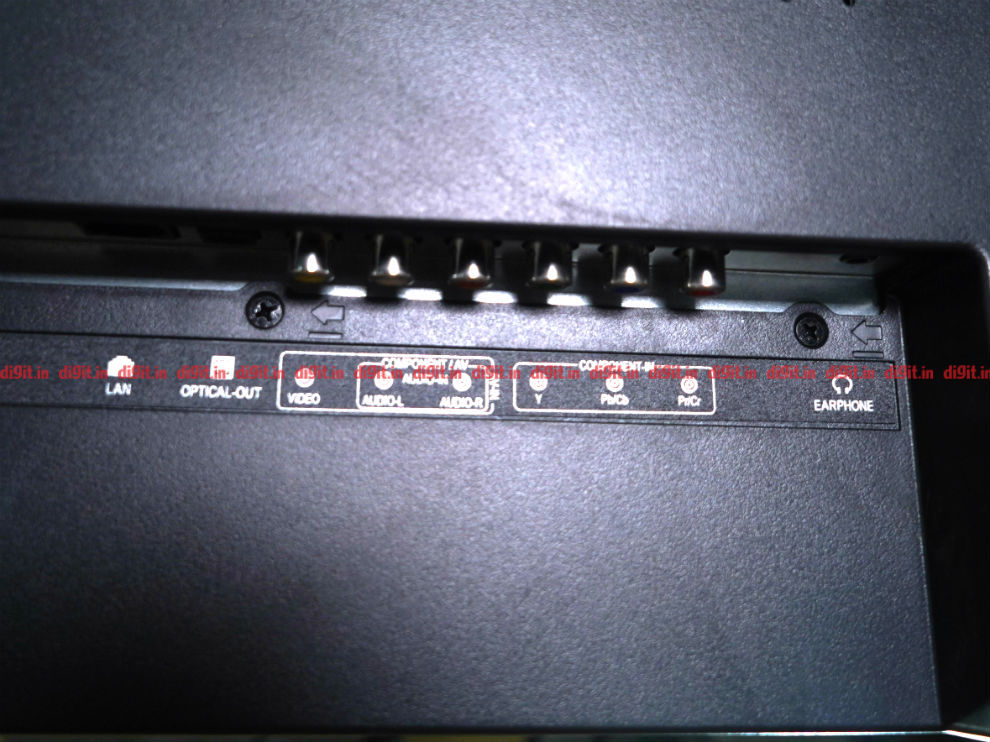 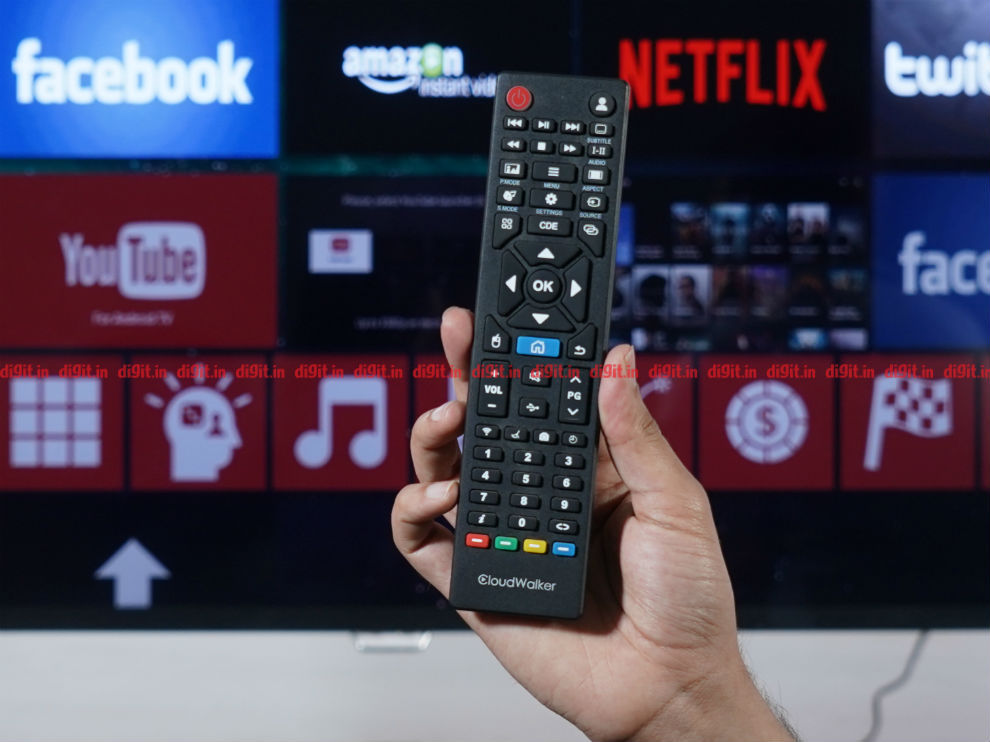 Moving to the keyboard and mouse, they are compact and run on two AAA batteries each. They connect to the TV via a USB dongle, so know that one of the two USB ports of the TV will be consumed by this. The keyboard and mouse are made of plastic, are light and feel really cheap. The keyboard has a slight incline making it convenient to type on but the mouse is barebones basic. There is no physical on/off switch on them either, which is a bummer. For basic navigation and typing, it gets the job done. I recommended using a mouse pad with the mouse as on a wooden table the movement wasn't easily recognizable. Another thing to note is that if you leave the keyboard and start using it all of a sudden, it does take a couple of seconds to re-establish connection and start responding. The typing experience from the keyboard is acceptable and the key spacing is good. It took only a few minutes to get used to typing on this. 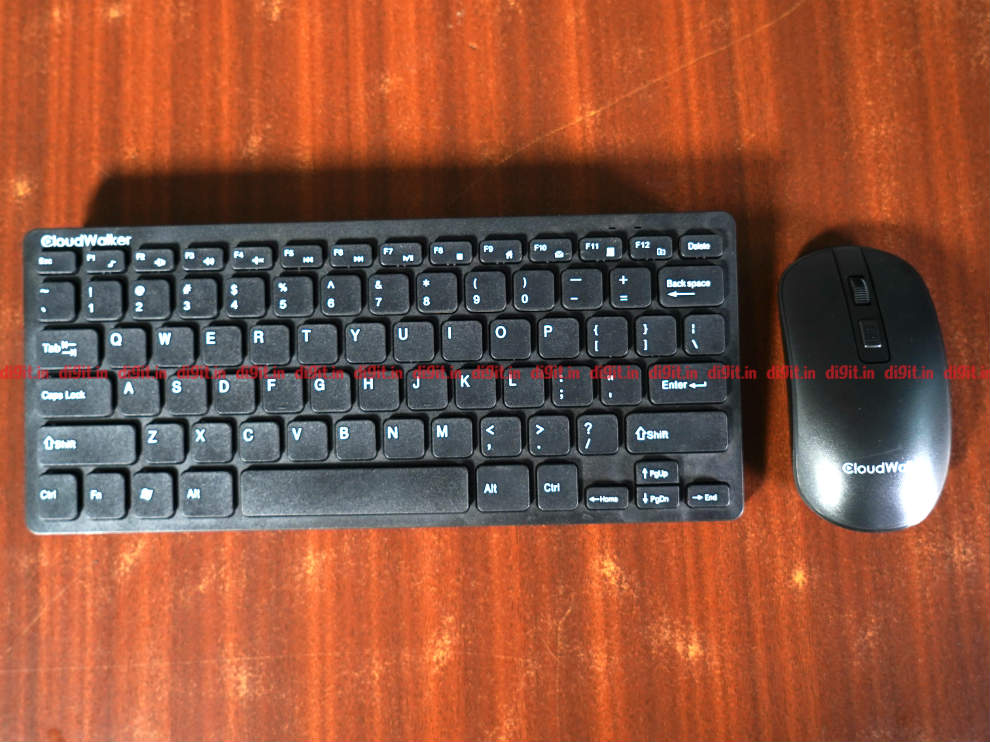 Considering the price of the TV, it's a little difficult to complain about the mouse and keyboard. It is an added function for those looking for it. The remote control has all the functions, but their placement isn't ergonomic.

The display on the CloudWalker 55-inch 4K TV is a 4K panel with support for HDR 10. Despite being HDR enabled, a lot of budget TVs produce images darker than we’d like, making it a better experience to watch the content in SDR. That is partially the same sentiment here. We’ll explain more in the coming sections. 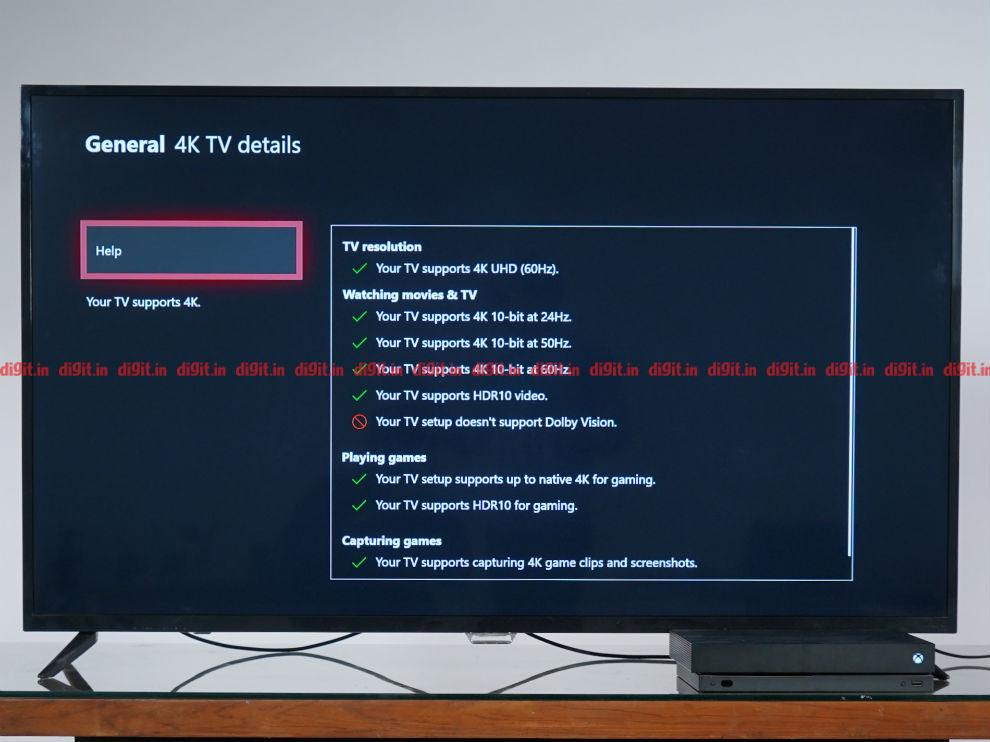 Since the TV runs on AOSP, none of the built-in apps we tried supported 4K and HDR content. So we resorted to our trusty XBOX One X. Know that to get 4K HDR output from the TV, you need to go into the settings of the TV and switch on the 4K and HDR toggle manually. A tip is that when you change the settings, restart the console. It makes a difference with the picture output. Also, you can go into the settings of the console and see what it is outputting at, so your chosen settings and the output on the TV is the same. This is very helpful when watching 1080p SDR content off streaming services. We saw shows like Our Planet, Grand Tour, Altered Carbon and more from our test catalogue and the output was slightly darker than we’d like with the HDR switched on. Only Our Planet held decent colour saturation in episode 1, but that's also because it is in a well-lit scenario. Reboot the console and keep the settings at SDR and the effect is good in the Vivid picture preset. Needless to say, tweak the settings in SDR for a better viewing experience. Watching HDR content means losing out on brightness while keeping colours as they should be. Switching off HDR made the colours look washed out. Consuming content by keeping the 4K HDMI configuration off along with HDR for the best experience. Overall, despite boasting of HDR, only limited content on the TV looked good in this setting. 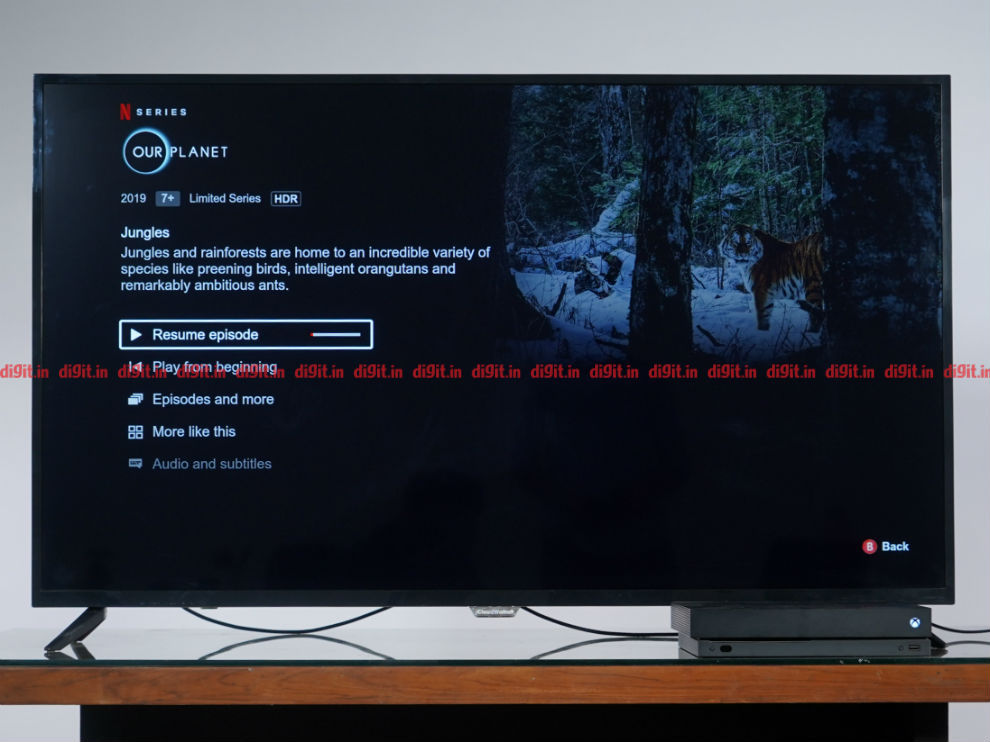 The picture quality here once again is subject to your source. Playing movies like Mission: Impossible or shows like Young Sheldon and you will notice that the image is bright and the colours look good. Keep the preset at Vivid to get the best experience. The TV also gives you control over brightness, contrast and more which is good. So if you know what settings you are looking for, you can manually tune the TV in the user profile. We played the same 1080p movie trailers from the TVs YouTube app and the Xbox console and there was a slight noticeable difference in quality, but nothing that was as noticeable as it was on the Kodak TV we reviewed earlier.

The TV doesn't come with a Game mode so don't expect the settings to change and bring the input lag down. In fact, CloudWaker has told us that the TV isn't aimed at gamers. However, we thought we’d still give gaming a go. A new HDR game that is a benchmark on the One X is Assassin's Creed Odyssey. On the right HDR TV, this game runs like a dream. Sadly, the same dull picture is visible when playing with HDR on. Switch it off and you get slightly washed out colours, but change the preset to vivid and it is acceptable. In some instances, input lag is noticeable, so don't expect to play multiplayer games online on this TV. A game like Forza Horizon where we raced in the winter daytime looked acceptable in the standard and Vivid presets with HDR turned on. If gaming is the priority, go in for a monitor at the same price point. Casual gaming, however, can still happen on this TV. 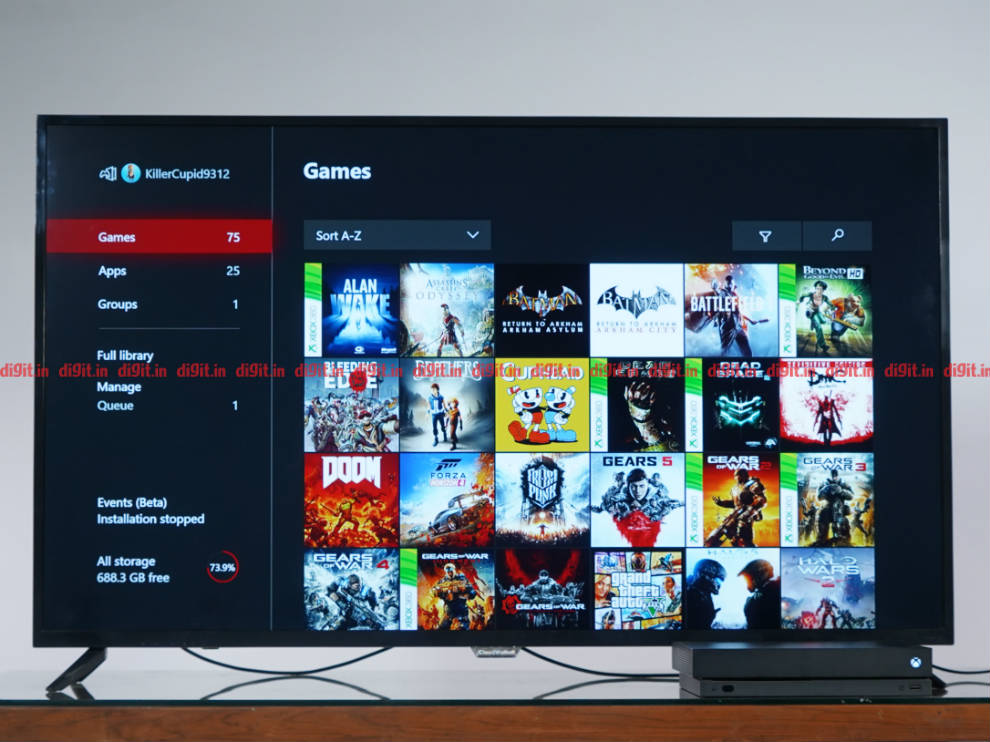 The TV is pretty loud even at 45 percent volume and that is a good thing. It doesn’t crackle until you turn it up quite a bit, close to 80 percent or higher, but you won't need to take the volume that high. It will fill the average-sized living room with loud sound. Watching news and soap operas on this TV should be fine. However, movie and music lack the expected thump. With movies dialogue is audible but when mashed with a background score sound a bit muffled. If you want to enjoy an immersive movie experience, you should invest in speakers or a soundbar to enjoy movies. Thankfully, the audio connectivity options available on the TV are good including ARC, optical and 3.5mm.

Since the TV comes with a keyboard and mouse, know that you can access social networking websites and type documents on the TV. For some basic work, it works, but don't expect this to be your primary device, especially if you have a computer or even a smartphone within arms reach. The UI was laggy and on multiple occasions, apps crashed and I had to restart the TV. There is a windows-like desktop home page that you can populate with apps. Apart from some social networking and typing, I don't see this TV being used to make PPTs or multitasking like you would on a PC. 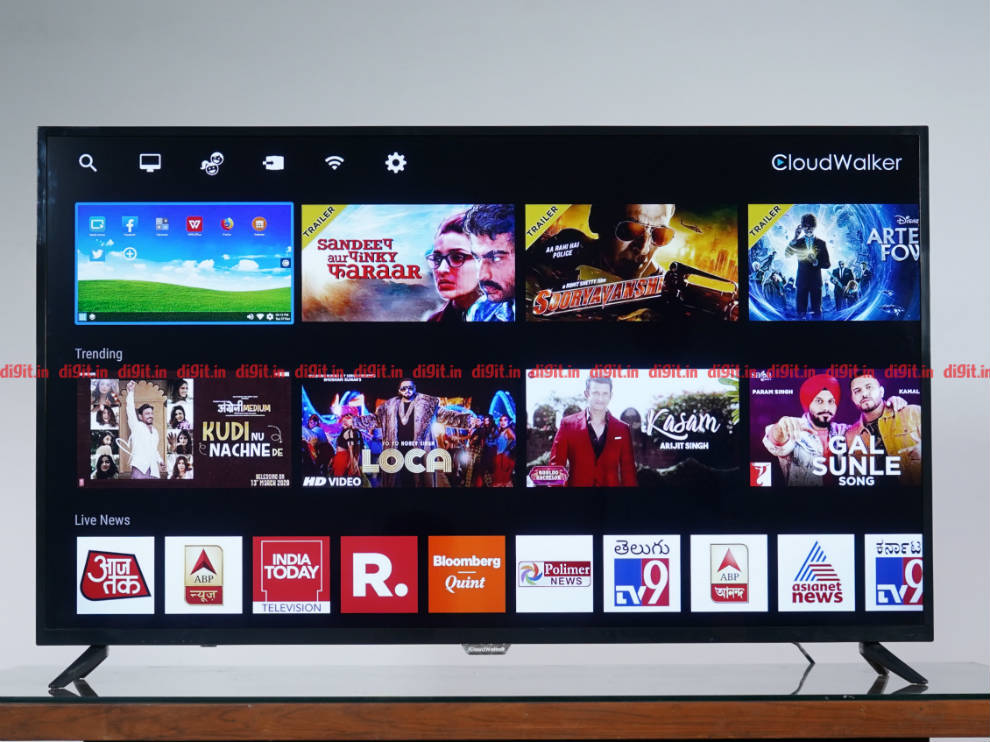 For the rest of the UI, the content is well divided into rows highlighting content from various streaming services. This layout of the UI is good as it exposes you to content first, and the app second. There is a row at the bottom giving you access to the installed apps and Aptoid store to download more apps. The UI was responsive and worked well. Even streaming services like Hotstar and others worked just fine. If Netflix and Prime Videos are not your primary source of streaming then you can actually be happy with the UI and streaming capabilities of this TV. The UI isn't the smoothest out there, but for what it aims to do, it gets the job done. 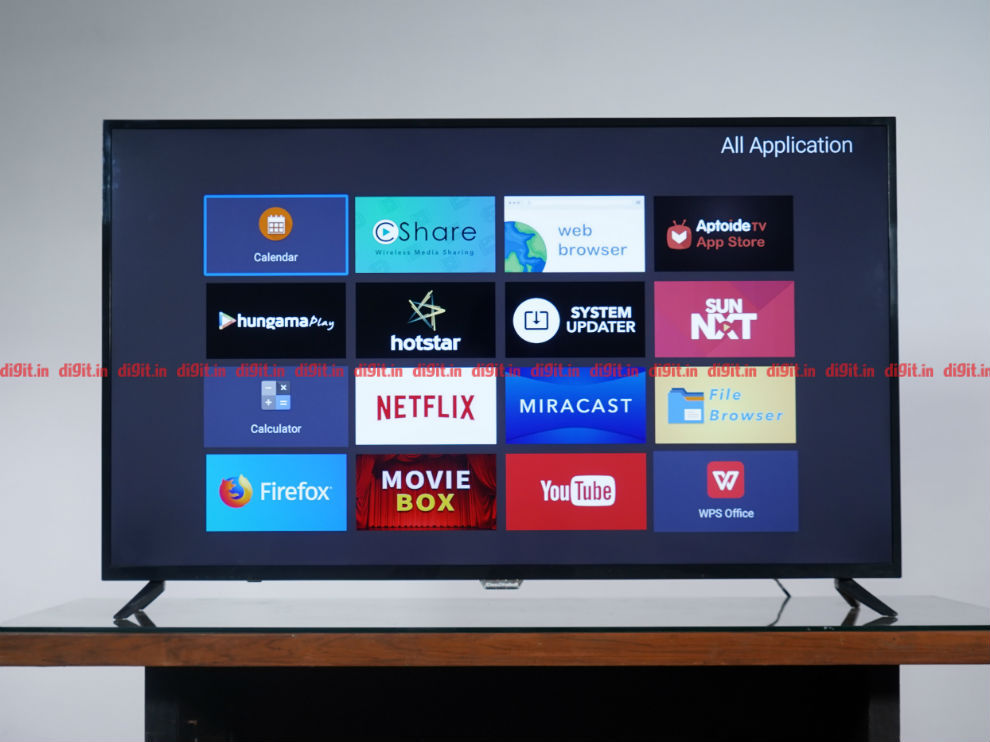 In the 30K price point, there are a lot of 55-inch TVs to choose from brands like Kodak, Shinco, iFFALCON and more. In fact, if you go for 50-inches instead of 55, you have some TVs running on the Android TV platform. Going up a notch, close to the 35k price point, we have 55-inch TVs from manufacturers like Xiaomi, TCL and more giving you voice controls from the remote control and Netflix, Prime Videos, Android TV and better picture quality out of the box. But, as we said, that's a premium of 5k. If you have a budget of 30k, I recommend you take a look at other offerings before making your purchase decision.