Two hundred and fifty years ahead of the future... A world where artificial intelligence is passe, homes are built in the sky, people travel between planets in a matter of seconds, roads have been replaced by a web of hyperloop-like tubes, the rich are even richer, bodies are just ‘sleeves’ that humans shed and immortality reigns supreme.

Earth, as Netflix’s Altered Carbon presents it, is probably a world that’s plucked straight out of Elon Musk’s head. The cyberpunk series imagines life in the distant future where humans have finally cracked eternity, their fountain of youth being a piece of technology as tiny as a coin. Called ‘Cortical Stacks’, these discs implanted at the back of the neck (shown in the image above) help humans evade physical death.

The story revolves around one Takeshi Kovacs, a man indicted and imprisoned for trying to save humanity from people who would rather rule like Gods with the help of ‘stacks’ that have the ability to store all that makes us the human and even ‘Needle-cast’ it to other bodies anywhere in the world. Yes, these concepts might seem alien as you start watching Altered Carbon, but the beauty of the show is the effortless way in which these futuristic abstractions start making sense with each passing episode.

Since humans are no longer limited by the mortal nature of their bodies, and life resides within a chunk of hi-tech metal, imprisonment is more like decommissioning a storage server for a few years. After being decommissioned, or as they call it in the show ‘put on ice’, for two centuries, Kovacs wakes up inside a strange body, that of actor Joel Kinnaman. He soon realises his release has been paid for by one of the elites, Laurens Bancroft (James Purefoy), to serve as his personal private investigator. Bancroft bank-rolls Kovacs straight out of prison to his castle in the sky where only the uber rich reside. The case - who killed Bancroft and blew out his stack.

Confused? Well, just like how the world works today, the creme-de-la-creme of the future also have all the power, influence, and means to replace any physical object, including their own bodies. Bancroft, like all other powerful earthlings, has several copies of himself stored away securely, just in case someone ‘real-deaths’ him, i.e, destroys his cortical stack.

Now Kovacs, essentially the pure of intention Liam Neeson of the future, has an unwilling assignment and the instincts of a trained fighter. What does he do? He takes a crack at Bancroft’s case in exchange for a full pardon. Memories of his time with Quell (Renée Elise Goldsberry), his ‘Envoy’ trainer and leader of a revolution to overthrow immortality, keep coming back to haunt him and encourage him to finish the mission and save humanity from its own evils.

As the story progresses, we see Kovacs form his own pack which includes a highly evolved humanistic AI called Poe, played remarkably by actor Chris Conner. 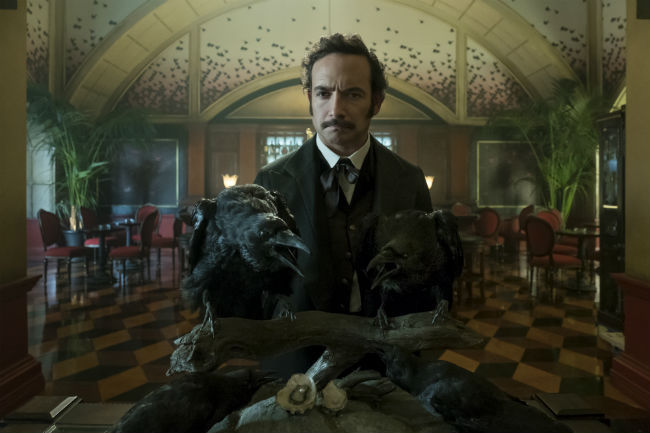 What follows is a brilliant work of cyberpunk science fiction, one that was missing from the television space all this time. If Blade Runner and Ghost In The Shell had a love child, it would result in Altered Carbon. The series pays attention to nuances and details in production making it a premium watch. The special effects are worthy of the silver screen and the costume work is remarkable as well. 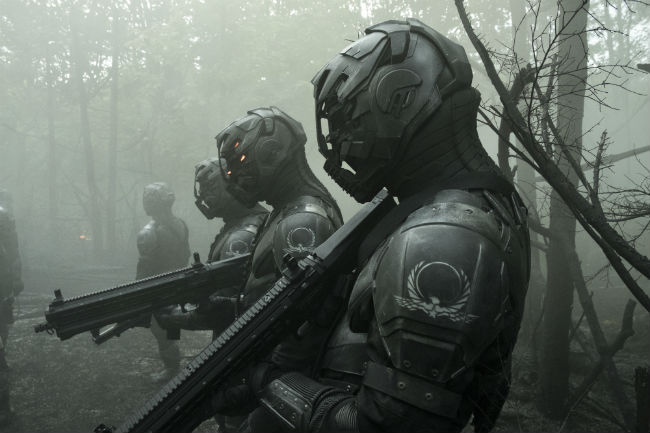 Kinnaman’s performance is somewhat robotic and expressionless, but the rest of the cast, including Byron Mann, the actor who plays the real Takeshi Kovacs, makes up for Kinnaman’s lack of emotion in the show. Hiro Kanagawa and Martha Higareda, Ato Essandoh, Hayley Law and, Kristin Lehman form the rest of the central cast of Altered Carbon, enriching it with great stagecraft.

The 10-part series plays extremely well through nine episodes, but ends hurriedly, leaving the viewer feeling like they left without having dessert. But, If you are new to the genre of cyberpunk, Netflix’s Altered Carbon is the place to begin your journey.