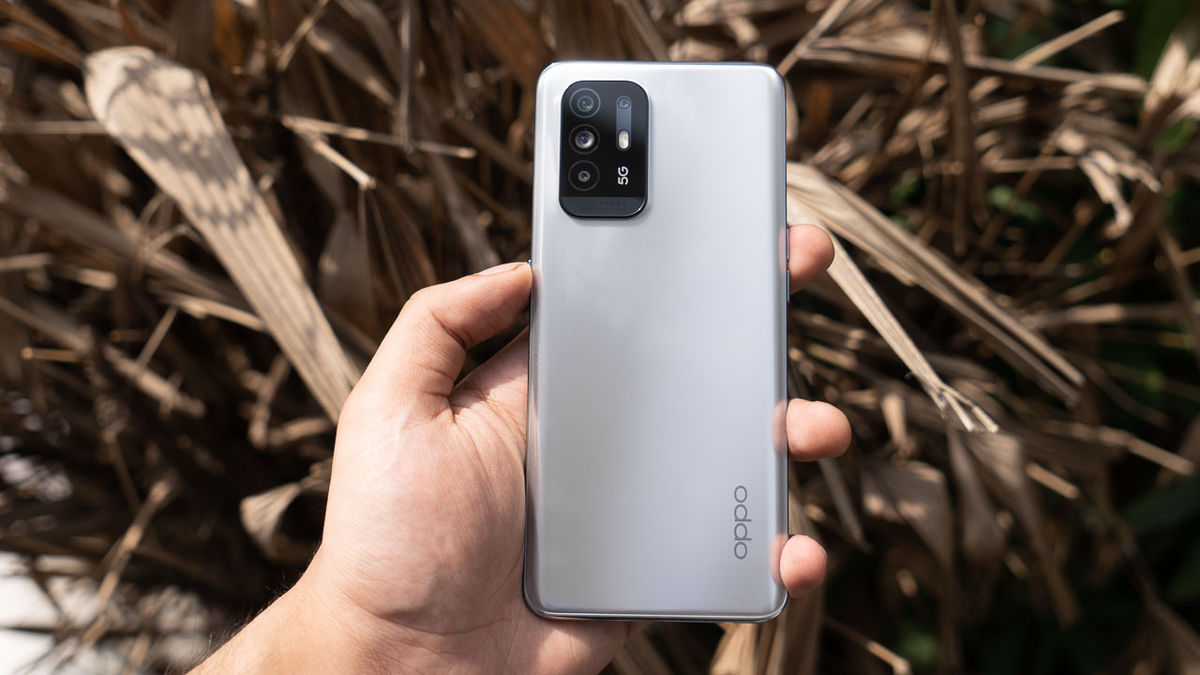 The Oppo F19 Pro+ 5G feels like a clone of the Realme Narzo 30 Pro, given that the two phones have the same SoC, the same amount of RAM, the same grade of storage and whatnot. While the Narzo 30 Pro takes the edge in terms of performance, the Oppo F19 Pro+ 5G comes out ahead by a hair when it comes to its camera performance and design aesthetics. Overall, the Oppo F19 Pro+ 5G  phone does deliver impressive output when it comes to the camera, and also offers Oppo's Full Dimension Fusion Portrait Vision system, which enaled HDR video recording and also offers a low-light video mode that does improve the video quality in low light. Overall, the OPPO F19 Pro+ 5G is a phone for those who want a good looking, stylish 5G phone with a capable camera and long battery life .

Meet Oppo’s second smartphone launch of the year, the F19 Pro+ 5G. The company’s first launch of the year, the Oppo Reno5 Pro 5G faired rather well in our testing, so we’re pretty excited to see how this unit fares. It is powered by the MediaTek Dimensity 800U SoC, a chipset that Oppo and Realme seem very heavily invested in backing. The Oppo F19Pro+ 5G is conspicuously similar to the Realme Narzo 30 Pro 5G in several regards, but we’re going to look at the Oppo F19 Pro+5G as its own device. Let’s see if it actually does enough to stand out from not just the competition, but even its own brethren.

We put the Oppo F19 Pro+ 5G through our standard test process and the results were what we expected. The Oppo F19 Pro+ is powered by the MediaTek Dimensity 800U chipset, 6GB RAM and 128GB UFS 2.1 storage. This is the same hardware on the Realme Narzo 30 Pro that we tested and therefore, the resulting numbers are also almost the same. Take a look at the benchmark charts below to see the point I am trying to make. Also throwing in the numbers for the recently launched Samsung Galaxy F62, since it comes in at a lower price point. 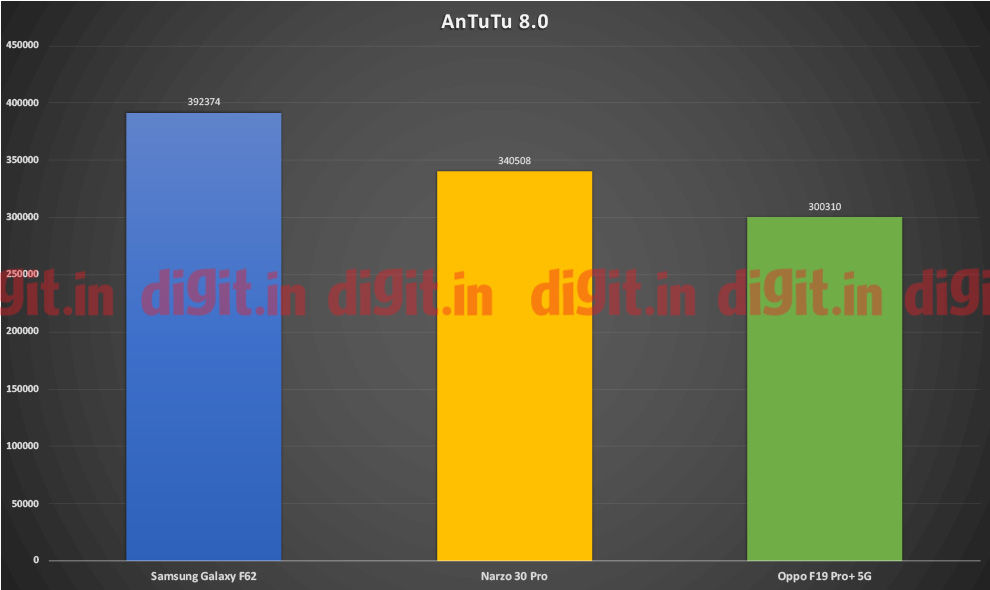 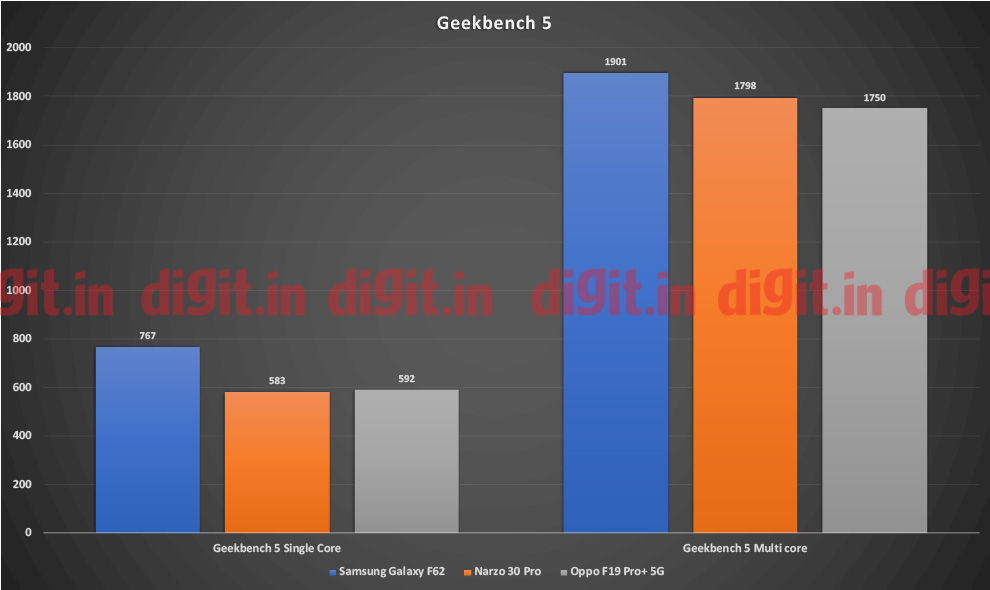 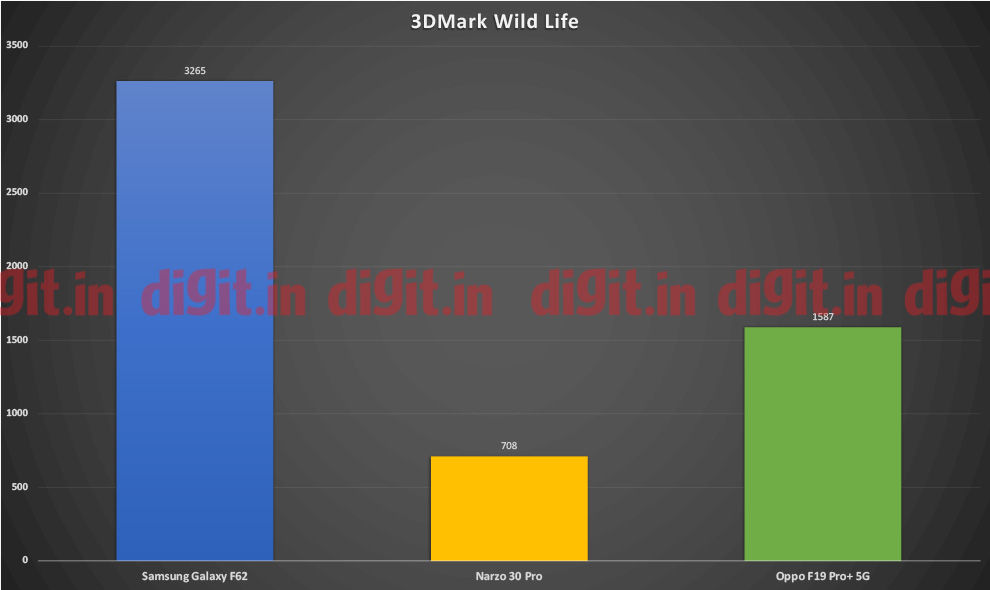 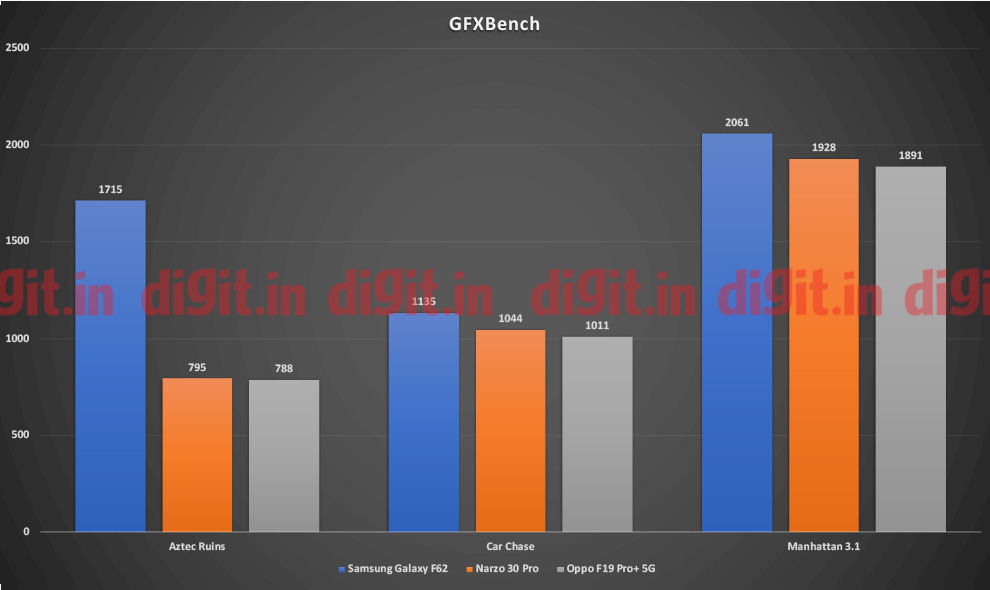 When we switch over to real-world performance, Gamebench reveals very minor differences in terms of gaming performance between the Oppo F19 Pro+ 5G and the Realme Narzo 30 Pro. We got a median framerate of 59fps with 98 percent stability on the Oppo while on the Realme device, the media frame rate was 58fps with 84 percent stability. While the frame rate and stability numbers are well within the expected range, the phone also throws up janks while gaming, an experience that is once again consistent with what we experienced on the Realme Narzo 30 Pro.

Suffice to say, when it comes to performance, the Oppo F19 Pro+ 5G does not offer anything over and above what the Narzo 30 Pro has to offer.

Where the Oppo F19 Pro+ 5G distinguishes itself is with respect to the camera. On paper, the specs are almost the same as the Narzo 30 Pro; 48MP primary camera, 8MP ultra-wide camera and 2MP Macro camera, with the Oppo having an additional depth sensor. You also get Oppo's Full Dimension Fusion Portrait system which we tested out in the Oppo Reno5 Pro 5G. In our testing of this feature, we did find that the shooting in low light was greatly aided by this feature, with shadow areas getting accentuated well. While the footage in low light still tends to suffer from noise, compared to other smartphones, you are getting a frame in which you can see things, instead of something that's just pitch black. As for the other photography-related features, read on. 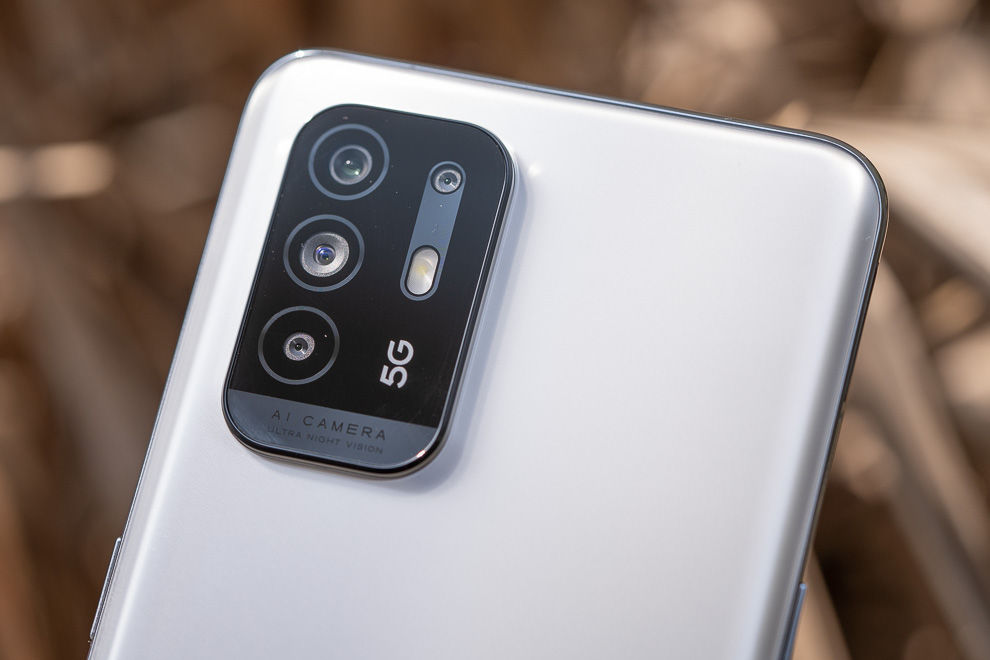 When using the primary camera on the Oppo F19 Pro+ 5G, what stands out is the relatively fast and reliable autofocussing in both good and low light situations. The other thing that was different from the Narzo device was that the shutter response on the Oppo F19 Pro+ 5G was near instantaneous, and the time between shots was also quite low. When it comes to the output, the Oppo F19 Pro+ 5G does produce some nice images which could definitely be considered social media worthy. Day time shots could even be printed if you wished, thanks to the good detail retention, and overall sharpness. The colours come out just right, although sometimes you can see some halation around objects with strong backlighting. This is completely normal when an image is given the HDR treatment, so don’t worry too much about it. 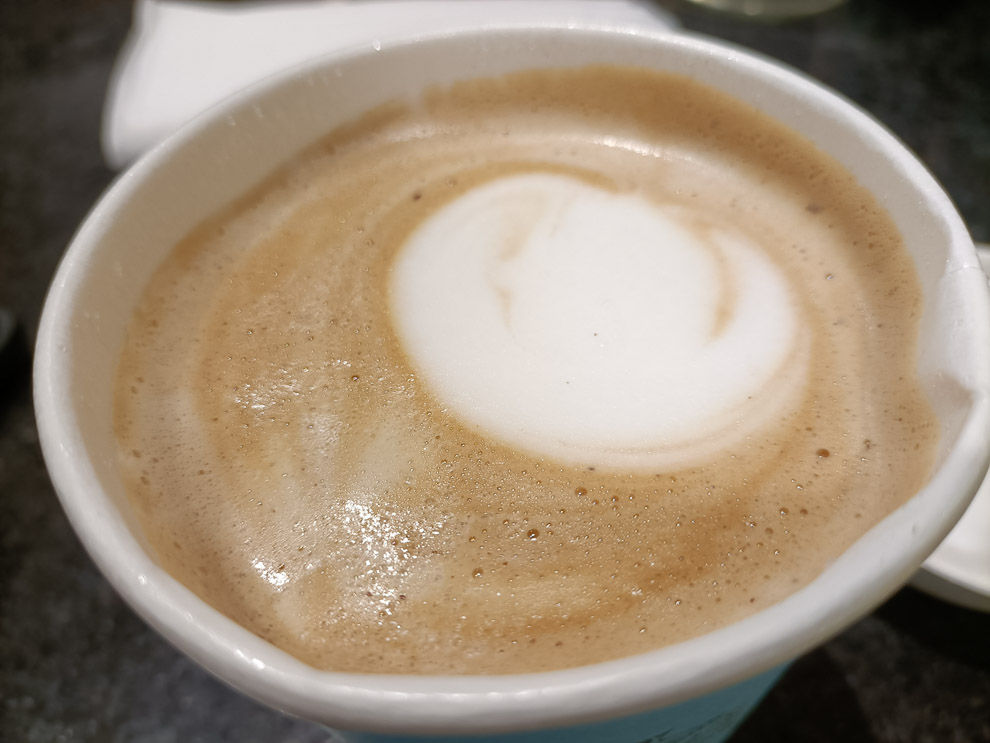 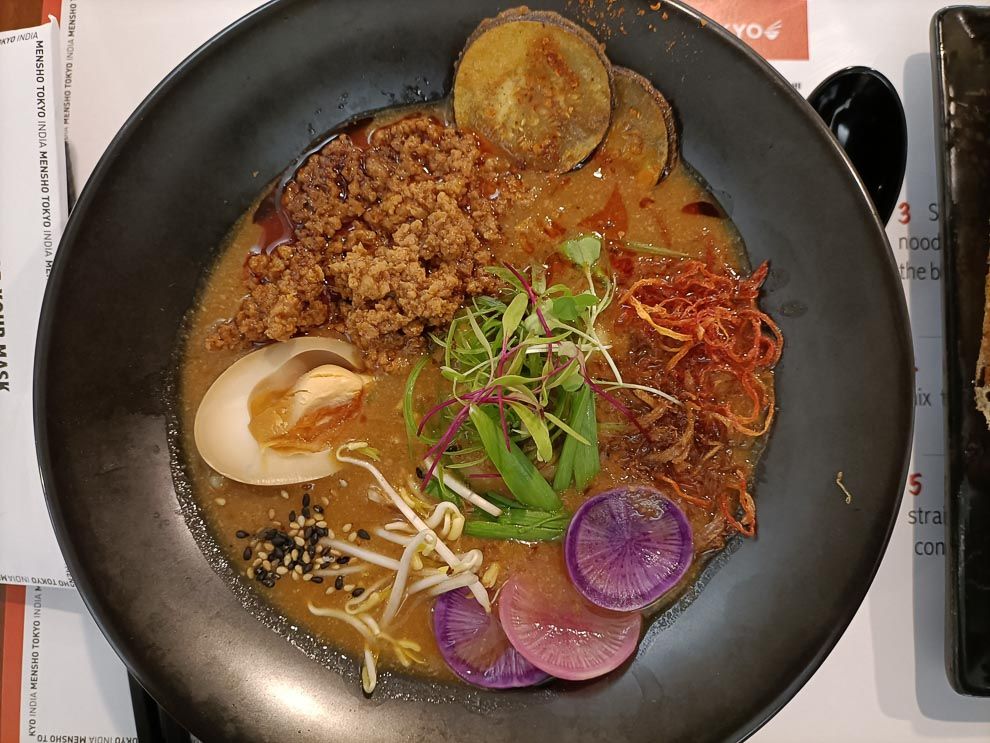 The ultra-wide camera on the other hand is the same story as every other ultra-wide camera in the segment. You get no autofocus and halfway decent optics. This means you’ll see notable distortion around the edges in your frame. The lack of autofocus limits you in terms of what you can shoot and how you can frame it. Its sad to see that smartphone OEMs have stuck to this barebones ultrawide setup for years now, with no real improvement having been made, with the exception of the OnePlus 8 Pro, which used a 48MP sensor for the UWA lens, allowing it to deliver absolutely stunning results.

We also have a macro camera on here which is very hard to use. Again, with no autofocus, its hard to know when your subject is in focus, and when you’re just 4cm away, every bit of movement registers. Getting usable results from the Macro lens takes a lot of a effort and trial and error, and even then it wont be that impressive of an image. 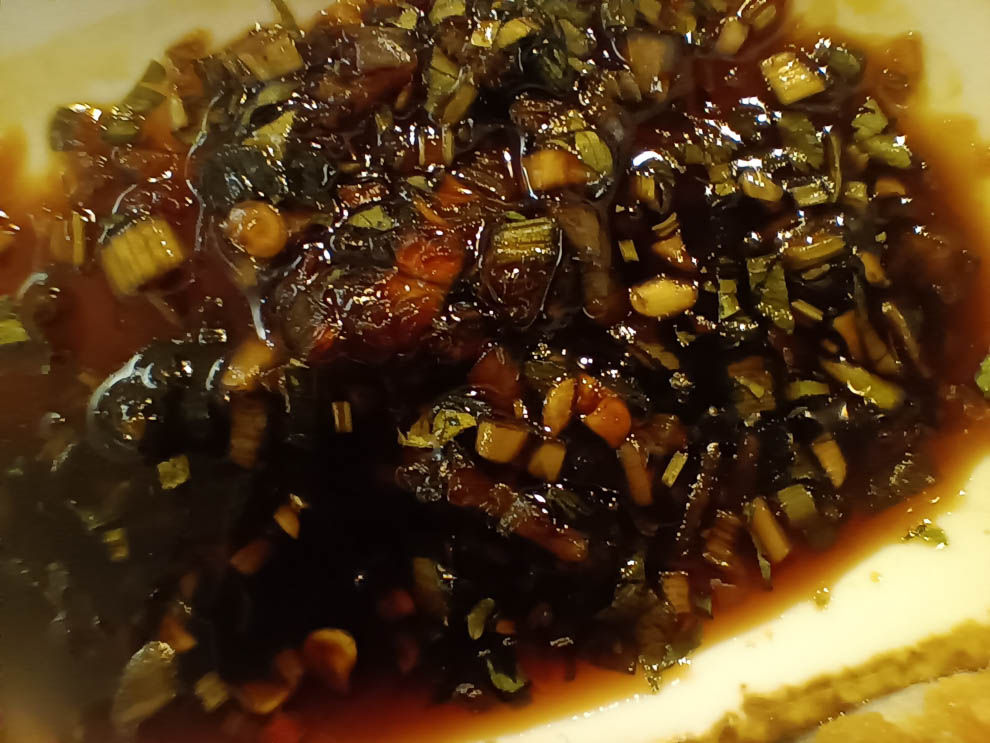 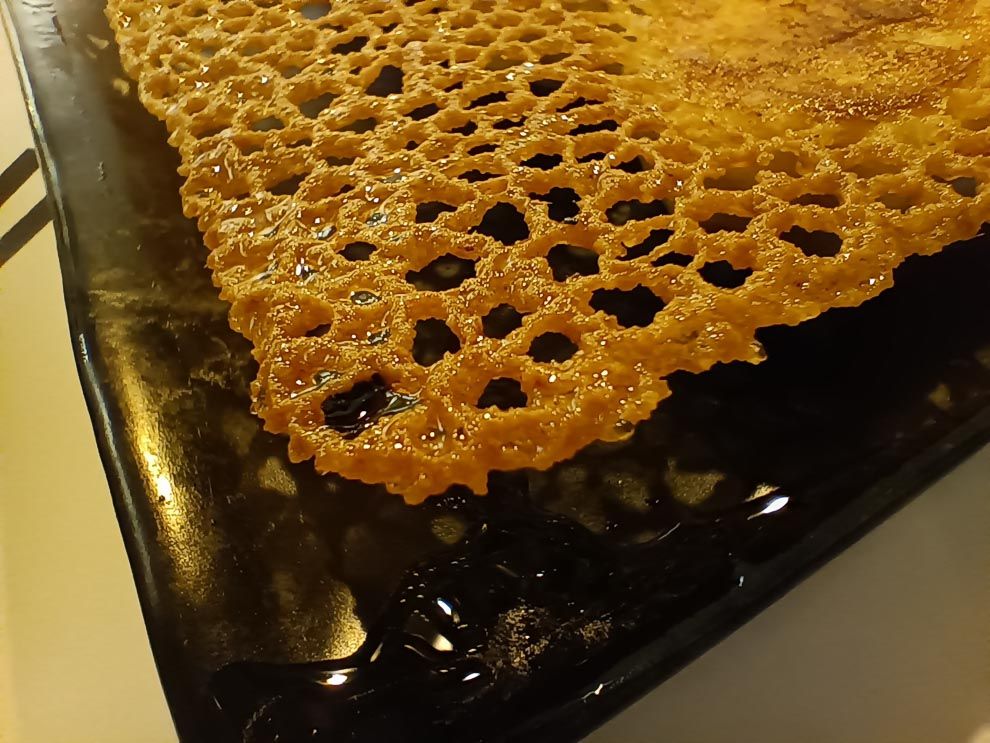 The AMOLED display on the Oppo F19 Pro+ 5G presents a rather interesting case for displays on smartphones. We ran the display through a Calman analysis and conclude that at the default setting, the display has far too much blue bias with respect to its white point, causing massive colour reproduction inaccuracies. You can see in the charts below that at every brightness level, the RGB balance is heavily skewed towards blue. This reflects in colour reproduction as well across Luminance, Chromaticity and Hue. 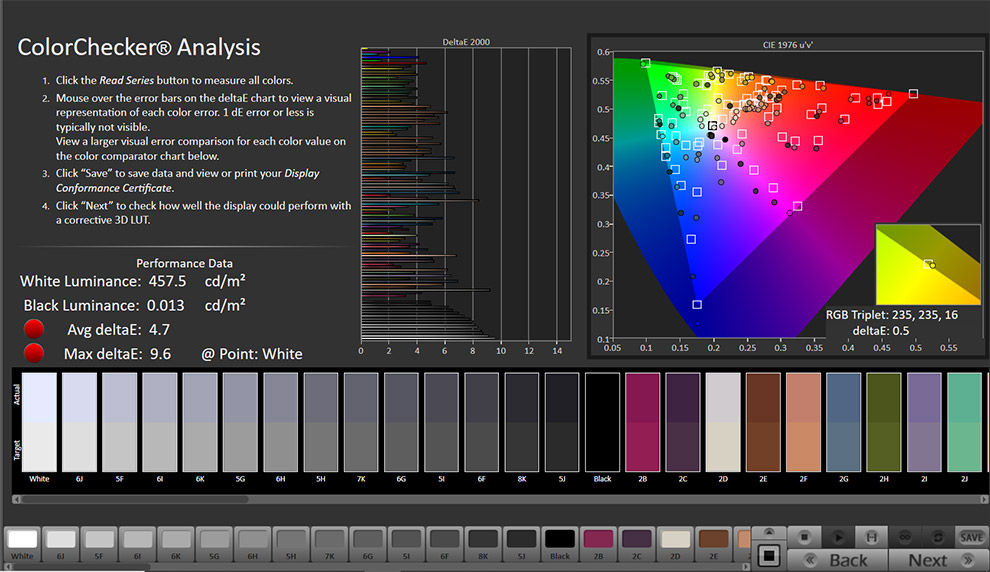 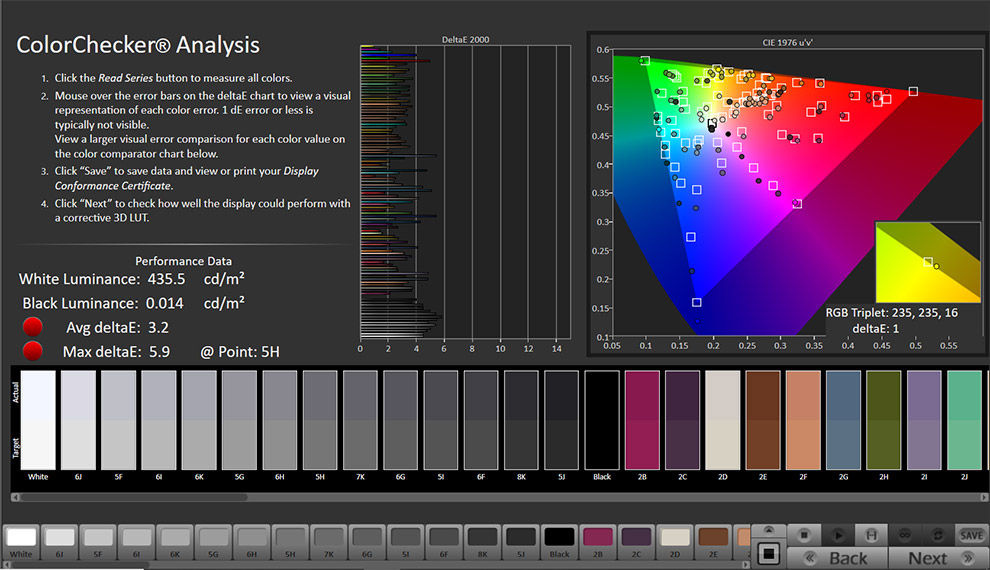 Changing the colour profile from default to warm fixes the colour inaccuracies greatly, bringing the RGB balance to a much better value, and consequently, improving colour accuracy notably. Despite this, however, there are shades of blue that are still going to be inaccurately represented across the brightness range.

The Oppo F19 Pro+ 5G packs a 4310mAh battery with support for 50W fast charging. This charging speed should ideally make up for whatever battery life you get, because the phone goes from 0 to 100 percent charge in under 55 minutes. The presence of an AMOLED display does yield good battery numbers, but we feel that had Oppo stuck to a 5000mAh battery, we’d be seeing a day and a half of battery life instead of the one day that we have been getting so far. The battery life is decently acceptable and given the much faster charging method available, there’s not a whole lot to complain. Watching an hour of Netflix drains the battery by just 14 percent, with the brightness set to roughly 80 percent.

The Oppo F19 Pro+ 5G doesn’t break any moulds when it comes to design, but it does still manage to be a good looking phone. We have the silver coloured variant, which has a pearl/satin type finish on the back. The whole thing is matte and does show fingerprints,  but unlike glass-backed smartphones, the visibility is low. In fact, when you do get smudges on the phone, they just reflect light in an “interesting” manner. If you just keep the phone in its supplied TPU case, you wont have to worry about smudges at all. 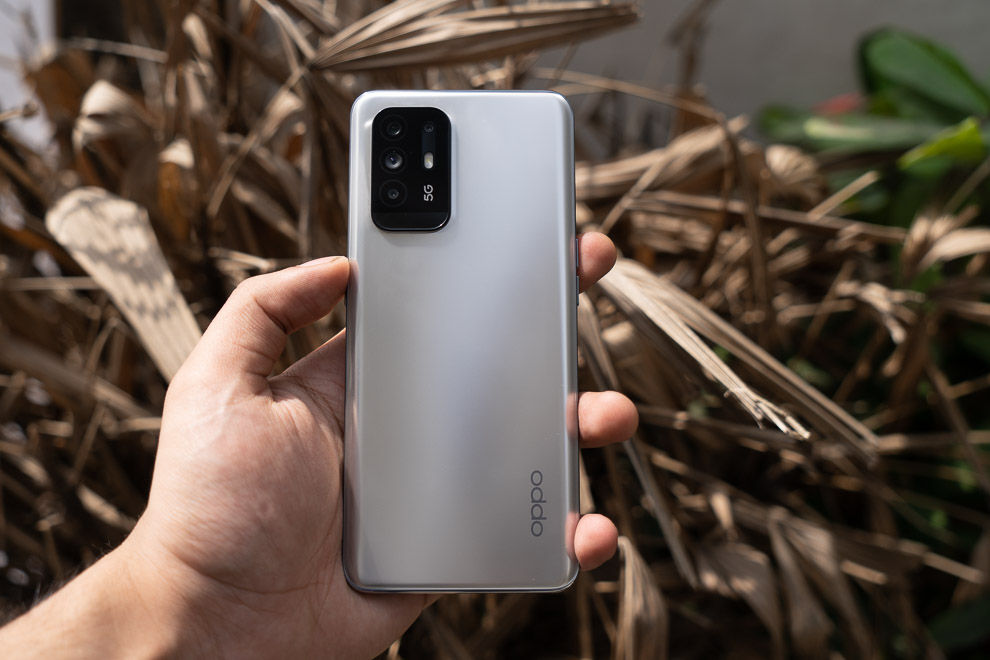 Construction wise, the phone feels like a really well built device, using a metal frame to hold the front and back together. Overall, the device feels much better than an average mid-range smartphone. 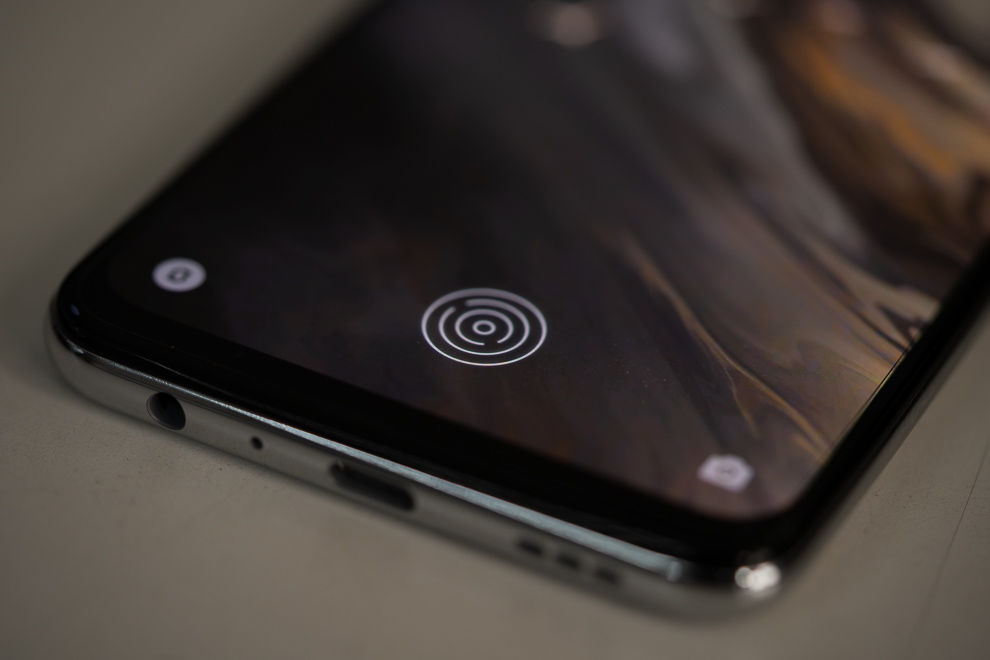 The Oppo F19 Pro+ 5G is more about the design and slightly improved camera experience than it is about performance. In fact, its performance is so homogenous with other phones that sport the MediaTek Dimensity 800U chipset, that you could just as easily choose the Narzo 30 Pro and not feel the difference.