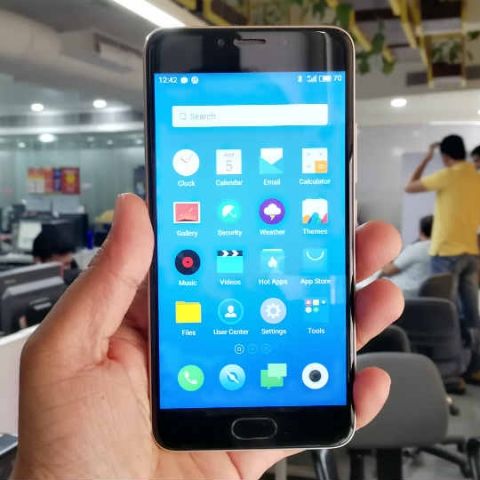 The Meizu M5 looks really good and feels quite nice in the hand, even though it uses plastic instead of metal. The performance levels of the device are decent for its price. It's worth considering if you don't want the Redmi 4 or Redmi 4A, both of which are better devices. Also, 16GB storage remains a concern, as always, and a phone shouldn't be running on Android Marshmallow anymore.

Meizu has been awfully quiet in the Indian market. While it's Chinese compatriots Xiaomi, Coolpad etc. have been launching phone after phone, the company has barely released a handful of phones over the year. The Meizu MX5 and the M3 Note were decent devices, but got lost amongst the plethora of other devices in the market.

The Meizu M5 is the latest addition to the company's portfolio in India. Like previous M-series devices, the phone is aimed at the sub-10K market. However, like always, Meizu is facing stiff competition. Let's see if the M5 has what it takes to stand out from the crowd. Do keep in mind that while Meizu has a 3GB RAM/32GB ROM version of the device, priced at Rs. 9,599, we reviewed the 2GB RAM/16GB ROM version which is currently priced at Rs. 6,890. And as a rule, we do not recommend 16GB smartphone in this day and age.

The Meizu M5 sports a plastic build, which is surprising considering the company switched to metal with the M3. However, the phone looks pretty good, thanks to its slim profile and 2.5D glass. On the right is the volume rocker and power button, while on the left is the SIM card slot. 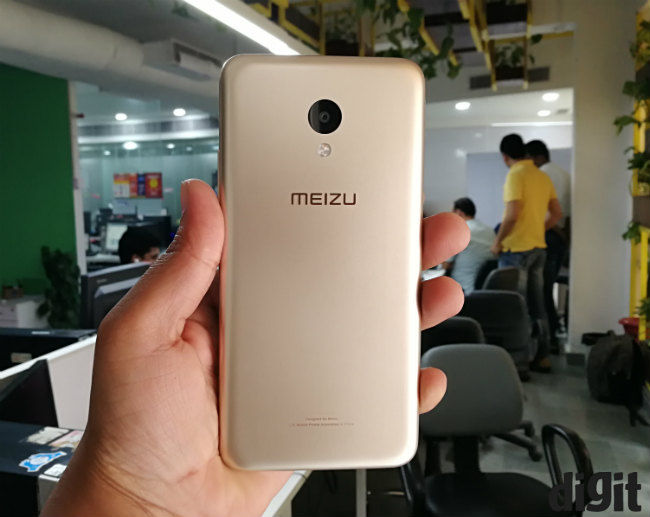 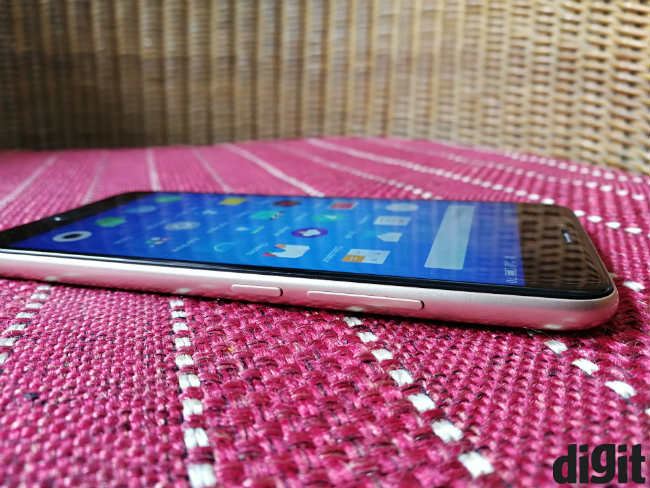 While the top of the phone is bare, the bottom is quite crowded with a 3.5mm headphone jack, speaker grille, microUSB port and microphone all located there. The rear panel is completely flat with no camera bump or fingerprint sensor, which is on the front and also functions as the home button. 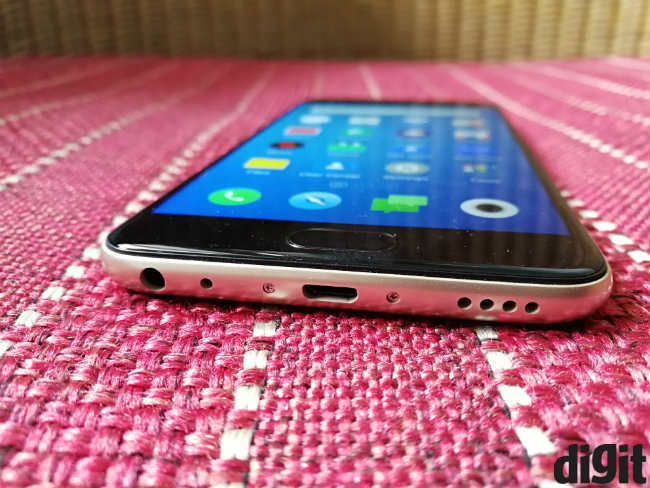 Since the phone is made using plastic and not metal, it is quite light and weighs about 140gms. This, combined with the rounded edges make the phone quite comfortable to use, in both portrait and landscape modes. The plastic also seems to be of a good quality and I really do not miss the use of metal on this phone.

The Meizu M5 sports a 5.2-inch Full HD display. Colours are cooler with decent contrast. Our luminance tests returned results of 590 Lux, although sunlight legibility is slightly hampered by a reflective display. 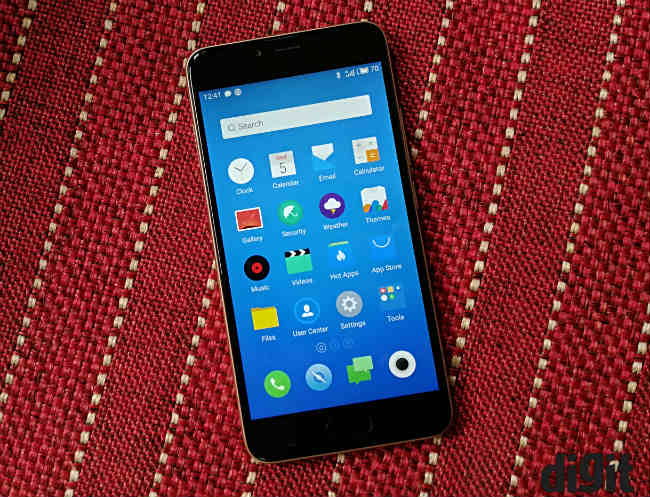 The phone comes with Android Marshmallow and not Nougat, which is already two-years-old, and another big flaw in Meizu's choices. While Meizu isn't the only culprit in this regard, consumers should start expecting manufacturers to offer the latest version of Android, regardless of the price of the device.

The OS is skinned with the company's own Flyme UI. This also means that it comes with Meizu’s own way of navigating the UI. Instead of offering the three standard Android buttons, Meizu uses a combination of touch and swipes. Tapping on the home button takes you a step back, while pressing the button takes you to the home screen. Swiping up from the bottom brings up the Recents sceen. After years of pressing on either side of a central home button, this took a bit of getting used to, but you do get the hang of it eventually, and it can be quite intuitive. 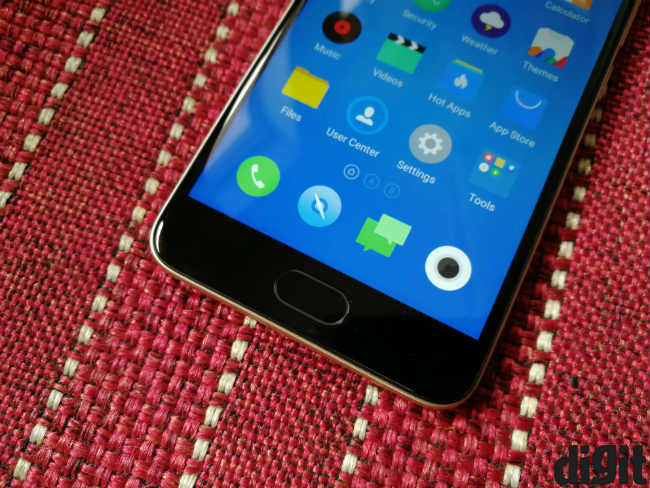 Another thing that should be noted is that the fingerprint sensor is not always on. So, it will not work when the screen is off. To use it, you'll have to press the home or power buttons in order to turn on the display first.

The Meizu M5 is powered by an octa-core MediaTek MT6750 processor, clocked at 1.5GHz. The interface was pretty fluid and games like Asphalt 8 run pretty well, with an average FPS of 27. The phone doesn’t seem to have eating issues as well. After playing Asphalt 8 in a non-air conditioned room for 30 minutes straight, the phone got up to 44 degrees. However, It should be noted that the outside temperatures were just under 40 degrees at the time. As mentioned earlier, this particular variant of the phone comes with 16GB of storage, and right now we recommend users to always opt for a device with at least 32GB of storage. 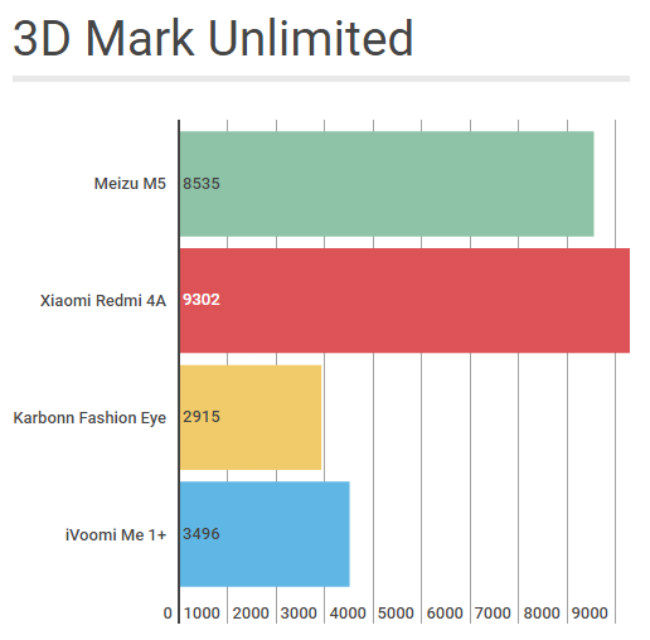 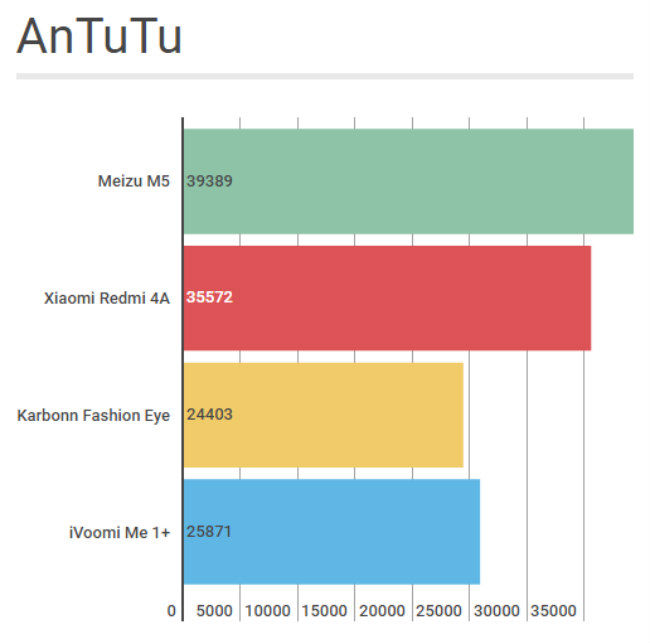 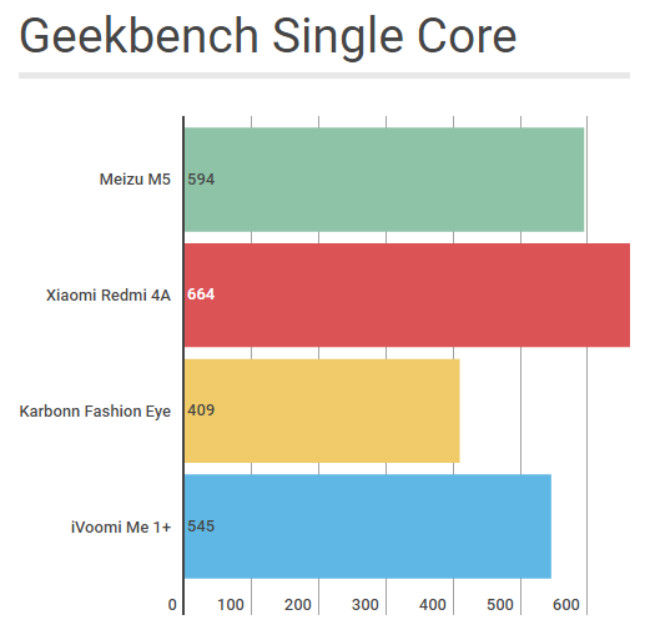 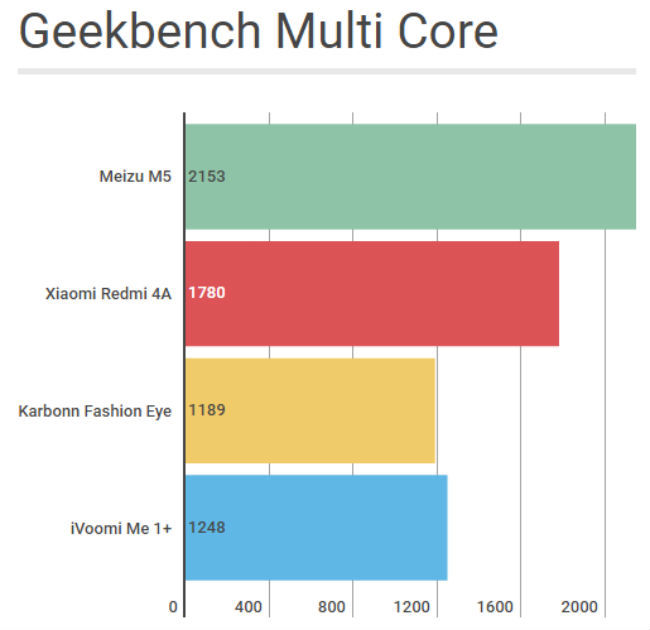 The Meizu M5's MediaTek MT6750 chipset is pretty close to the Snapdragon 425 used by the Xiaomi Redmi 4A. However, it is still behind the Snapdragon 435, used in the Redmi 4, though the difference is not great. In everyday use, I doubt most people will notice the performace difference. 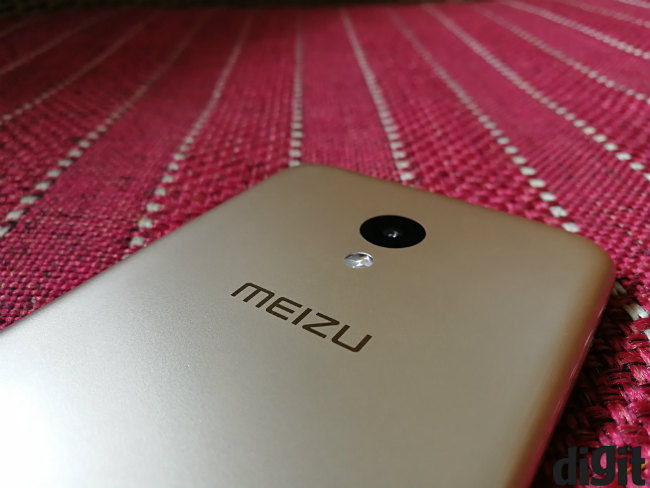 At the back of the Meizu M5 is a 13MP primary camera with a f/2.2 aperture lens. Images captured by the rear camera are bright, although there is some noticeable grain in all lighting conditions, as well as some softness. There also seems to be some inconsistency with the white balance. In low light conditions, images are quite bright as the phone increases ISO levels, however there is a lot of noise present in the resulting image. The front facing camera is quite poor and images taken by it have a lot of noise, while details are softened. 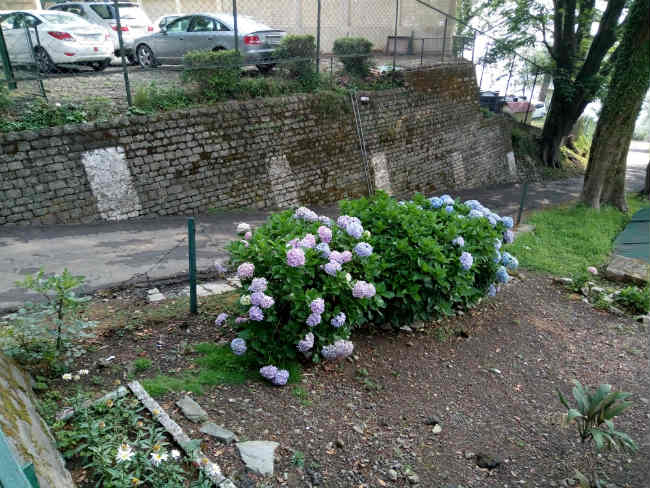 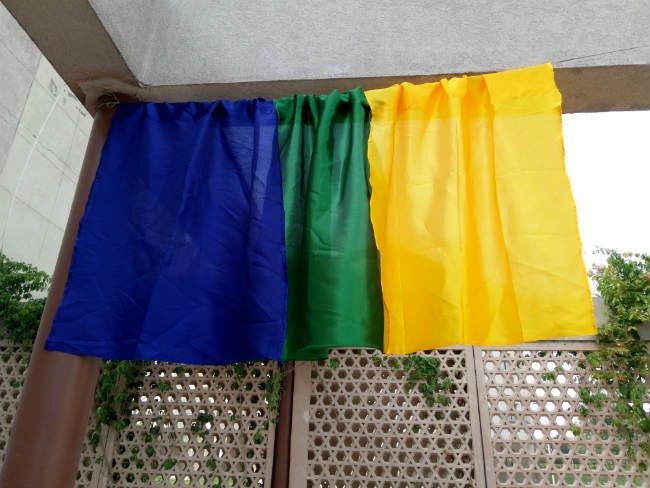 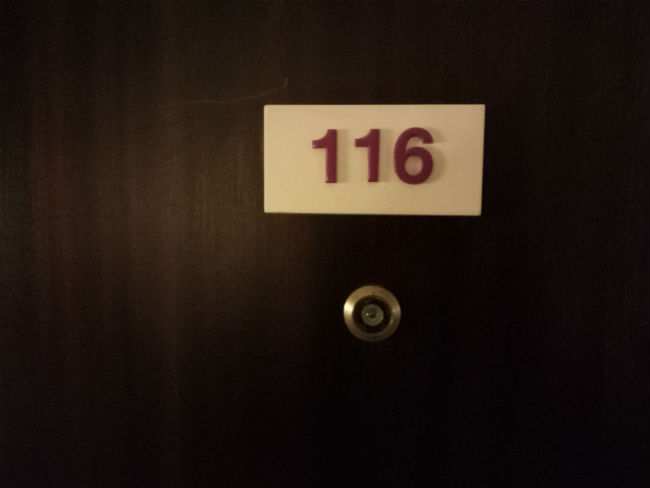 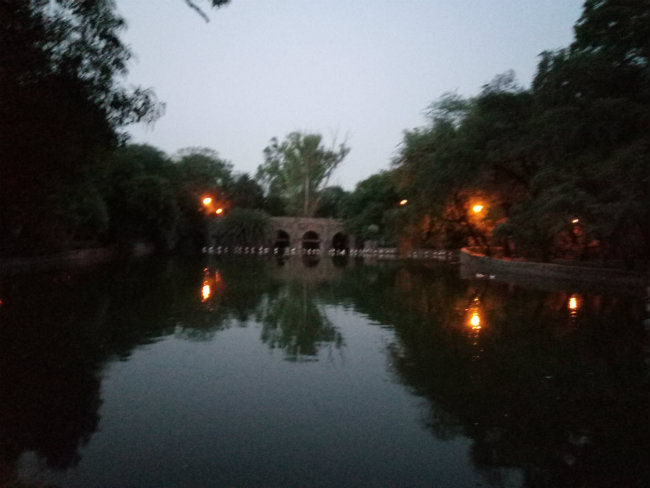 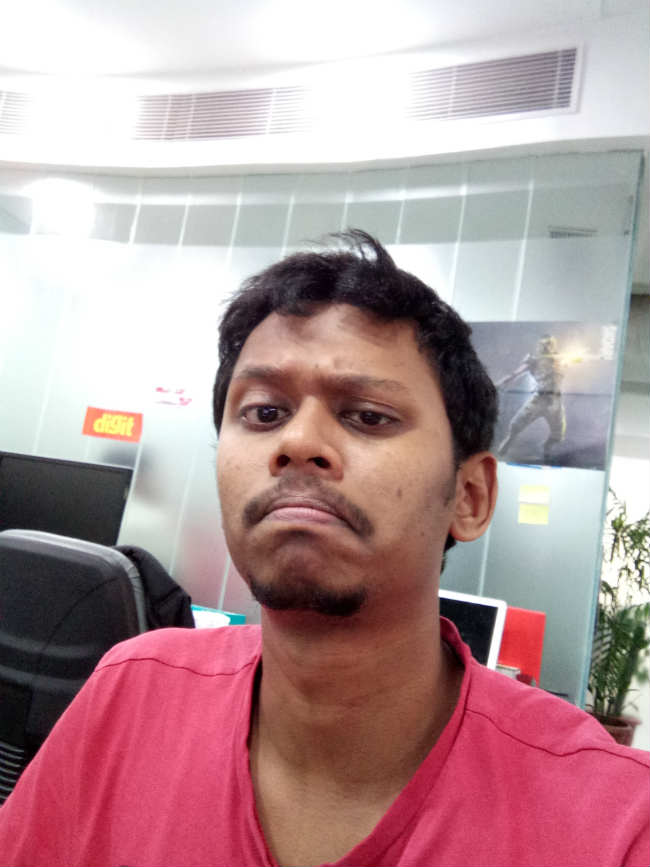 The Meizu M5 sports a 3070mAh battery, which is just about enough for a day’s use. During my average work day, which starts at around 9:00am in the morning and ends at about 11:00pm, I was left with about 20 percent battery. This includes about 30 minutes of gaming, 15 minutes of music streaming and a lot of internet browsing and social media. In our synthetic benchmark tests, the phone ran for 7 hours and 55 minutes, which is just about average.

The 2GB RAM variant of the Meizu M5 is a pretty interesting purchase for anyone looking for a device under 7K. The device looks really good and feels quite nice in the hand, even though it uses plastic instead of metal. The performance levels of the device are also decent for its price and is close to the cheaper Xiaomi Redmi 4A in terms of benchmark performance. If you do not want to buy the Xiaomi Redmi 4 or the Redmi 4A for some reason, the Meizu M5 can be considered.