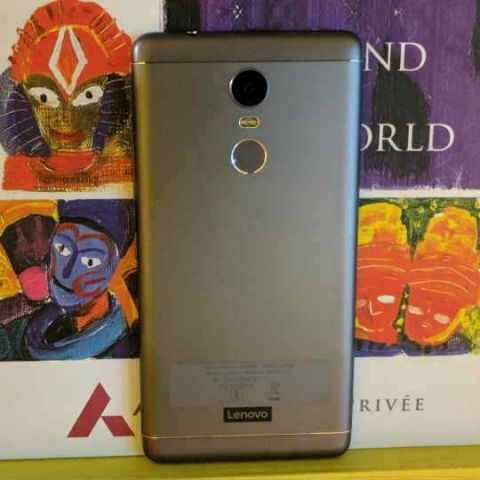 The Lenovo K6 Note is a decent smartphone and it checks some of the right boxes. However, the poor camera and lack of power do make it a less than ideal choice. Go for this only if you can't get your hands on the Coolpad Cool 1.

Lenovo’s journey with smartphones has been quite similar to its rise in the laptop market. It’s not quite at the top yet, but neither is the competition this time. The Lenovo K6 Note is a sparkling example of that strategy, though.

Lenovo is selling the K6 Note offline, a path that many of its competitors are taking slowly. Asus has all but committed to a completely offline model, while Xiaomi is testing the waters too. But the offline market is a different beasts and it’s no secret that phones like the Lenovo K6 Note still have to make sense in the larger market.

While offline devices usually compromise on specs, the K6 Note is different. It’s largely the same as the Lenovo K6 Power, but has more storage and a higher resolution rear camera. It comes at a higher price, but that’s how the offline market usually goes.

For the most part, this is the K6 Power with a new name. It’s slightly thinner, but heavier. It also has a larger screen that makes it slightly bigger. Aesthetically, though, the Lenovo K6 Note is exactly the same as the K6 Power. 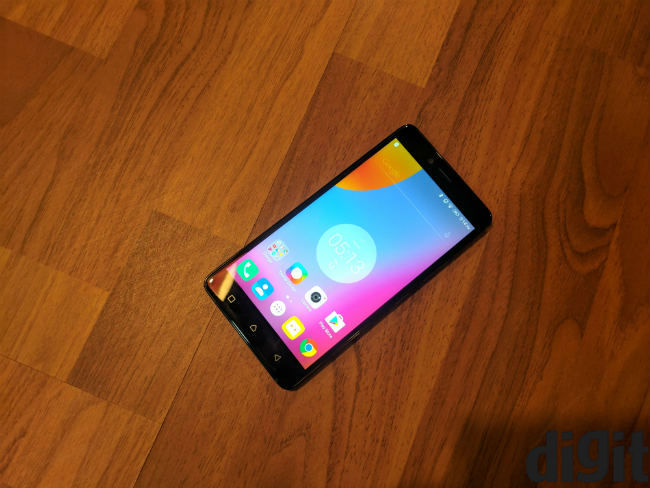 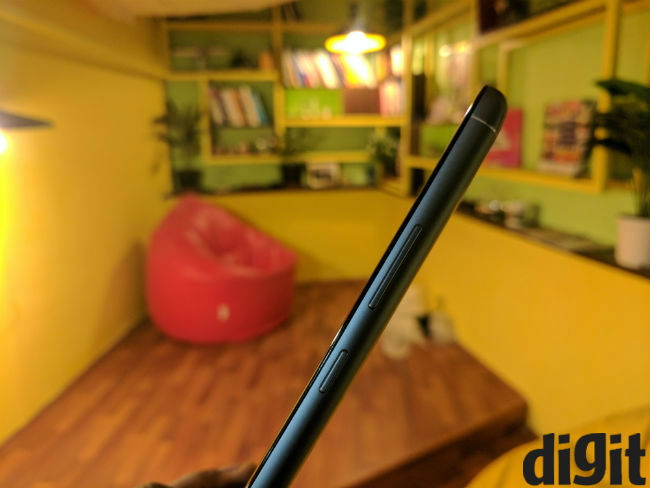 The round camera module and fingerprint sensor look the same. It has the same metal finish on the body. We got the grey variants of both the devices and they’re practically the same.

The K6 Note is wider. That makes it less suitable for single-handed usage. Adding 6mm to the width feels like more than it sounds. Your thumb won’t really reach the other side of the screen. However, the power button and volume rocker rest comfortably beneath your thumb. You will also feel the added 14 grams in weight. The K6 Note weighs 169 grams, to the Power’s 145 grams. 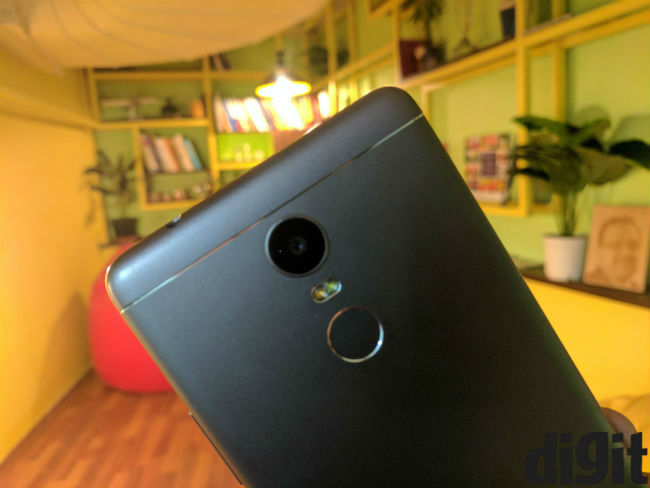 As mentioned above, the K6 Note has a larger display, but with the same resolution. The 5.5 inch 1080p display looks decent for a budget device. Considering the phones you buy offline otherwise, this is a good deal. In the larger scheme of things, however, including phones found online, there are loopholes.

For example, while 401 ppi is sharp enough, this display is dimmer than ideal. Maximum luminance comes to 573 Lux and sunlight visibility is not the best. Colours look reasonably pleasant, but not punchy or vibrant. There also seems to be some light leak near the edges, which is disappointing from a phone in this day and age.

As with its predecessor, the K6 Note runs on the Snapdragon 430. The eight Cortex A53 cores makes for a efficient, but not very powerful combination. Needless to say, the Lenovo K6 Note is more focused on battery life than raw power. 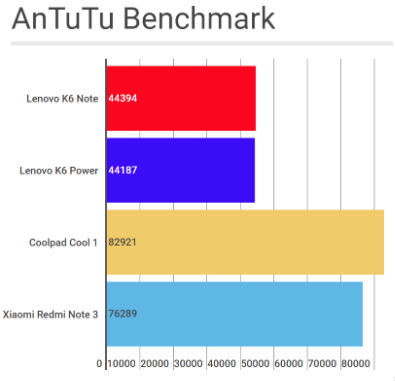 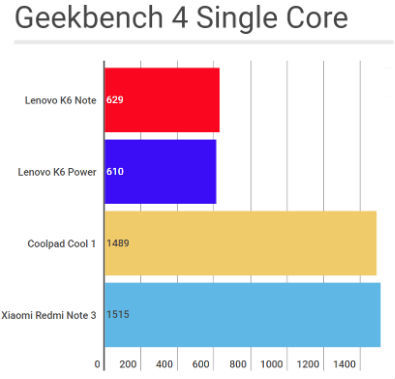 In practice, this makes it feel somewhat sluggish. Navigating around the UI or multi-tasking feel a little slow. The K6 Note isn’t as snappy as you would like. Yet, it’s able enough to manage regular tasks, like social networking and IMs.

That said, it all felt snappier on the K6 Power. There are slight stutters after extended usage. After filling the phone up and putting it through long periods of gaming and video recording, it showed some noticeable frame drops. 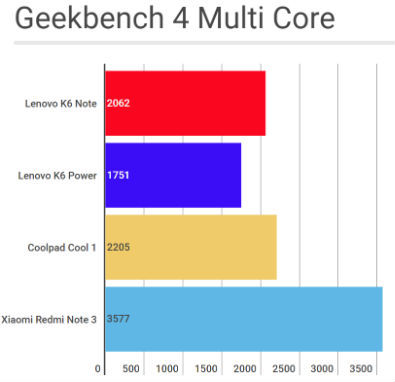 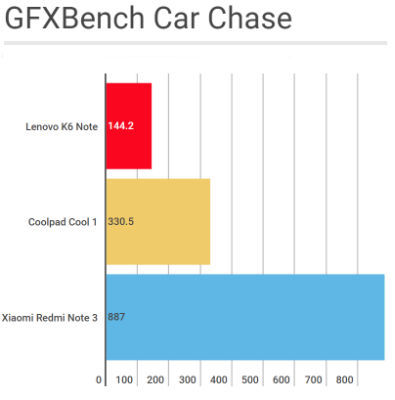 As with most Snapdragon 430-powered phones, temperatures on the body remain reasonable. It tops out at 37 degrees after 15 minutes of gaming, but Lenovo limits the video recording capabilities to 1080p, perhaps because the SD430 isn’t powerful enough to manage good 4k recording. We tried other apps for 4K recording too, but the right APIs aren’t supported on this phone. It’s disappointing, but not unacceptable.

When the K6 Note was announced, the fact that it was more accessible (being sold offline) would have made all this reasonable. However, the Coolpad Cool 1, launched recently, does everything this one does, only better. And that phone is also available offline.

The K6 Note has a 16MP camera, but it is disappointing. Noise levels are high, irrespective of the light. It doesn’t do very well with  white balance either, and under low light, details are hardly worth writing home about. The biggest problem with the K6 Note is that the camera depends on the user's judgement. If you don't focus on the most balanced area on the scene, your photos will almost always be blow out. Highlights are clipped 90% of the time and that too really badly. Images are never really usable, be it for social media sharing, or otherwise. On our tests, this is one of the weakest cameras that we've seen over all of 2016.

Overall, the 16MP camera is not satisfactory and nowhere close to the Nubia Z11 Mini, Coolpad Cool 1 or Honor 6X.

We mentioned in the performance section that the K6 Note is a battery-focused phone. It has a 4000 mAh battery, and combined with the Snapdragon 430, it lasts quite long.

Idle battery life is quite decent, while the phone easily manages 14 odd hours of regular usage. That makes for just over a work day’s worth of battery life. With 100% charge at 11am, the phone got us through till 1am, with 5% battery left. That includes lots of social networking and IMs, about half an hour playing Asphalt 8, 20 minutes playing Amazing Spiderman 2, and some shots using the camera.

The Lenovo K6 Note is not the best smartphone out there. With devices like the Coolpad Cool 1 available, it makes little sense to buy the K6 Note, even if you need something from the offline market. Most manufacturers are taking note of the offline space now, and while the Coolpad Cool 1 is already a much better device available offline, you could even wait a few months for more options to make it to the market.

If you’re hard pressed for a phone and can’t get your hands on the Cool 1, Honor 6X, Redmi Note 3 or Le 2, you could still buy this. You will compromise on the camera, though, even if you consider the other aspects reasonable.