The Honor 4C offers good performance, great camera and a day's worth of battery life. The phone does everything right but rolls over when you factor in the mere 8GB internal storage. Adding in the 9K price tag, the phone falls short of becoming the best in its class.

The budget phone segment is a highly contested segment in the Indian mobile market. And this segment is ruled mostly by Chinese phone manufacturers. While many phones are sitting in a stalemate position at the 7K price mark, Honor has gone ahead and launched the Honor 4C at Rs. 8,999. On paper, the phone does look good with its octa-core processor, 2GB of RAM and a 13MP camera. It faces much fiercer competition from Yu Yureka and its older brother Honor 4X. So, Is the Honor 4C up for the task? Let’s find out. 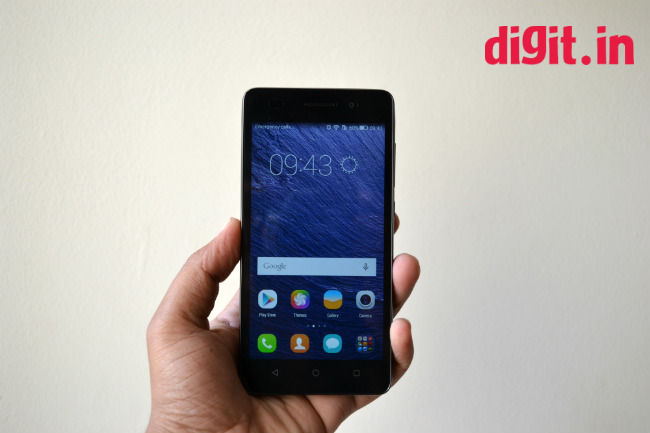 Solid build and tested design
The Honor 4X we tested a few months ago was a good looking phone and offered quite a sturdy build. The Honor 4C follows in the same footsteps. The quality of plastics and the fit and finish of buttons is top notch for the price. The metal camera housing, the patterned back and the sealed-in battery pack, all add up nicely to give the phone a very solid feel in the hand. The design elements are also carried over from the Honor 4X and the phone features that raised power button. However, the speaker has been moved to the back which does muffle the sound when the phone is place on its back. 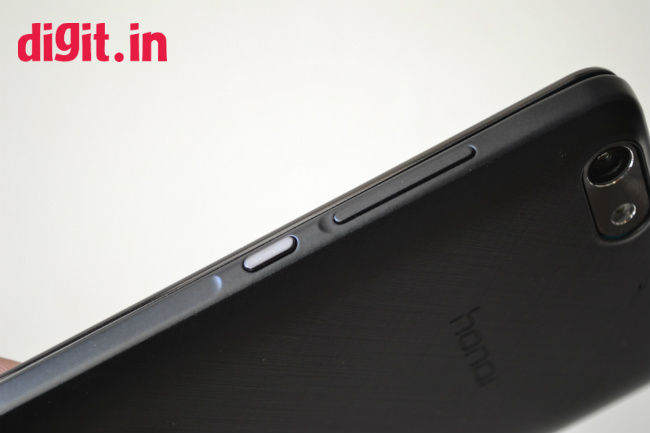 Nice display and UI
The Honor 4C has a good display but not as good as the one we saw on the Honor 4X. The HD display shows good colour accuracy without any uneven hues. While the colour temperatures are okay at default settings, they can be tweaked to your liking as the phone allows you to choose how much cooler or warmer you want the display to be. The sunlight legibility is also dependable and I had no issues with the display when viewing it under direct sunlight. However, the navigation keys should have been backlit. 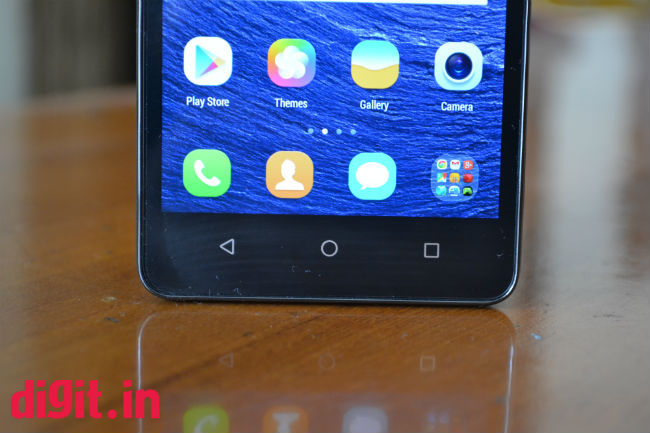 The UI is pretty much the same we saw on the Honor 4X as the phone runs EMUI 3.0 which is layered on top of Android 4.4.2 Kitkat. The UI still lacks an app drawer and all apps are put on various home screens. The UI has all the customization features like a theme manager, background notification manager for specific apps, extra security measures for added privacy and more. 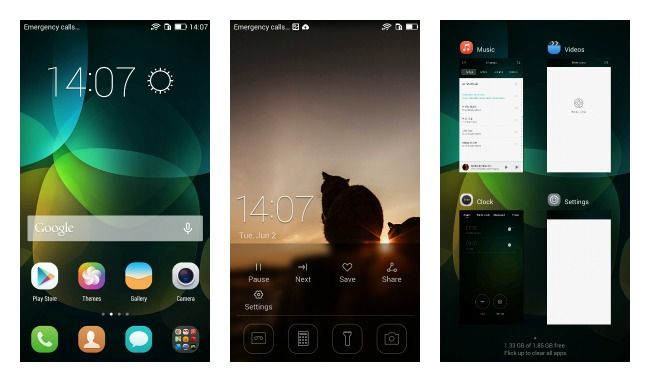 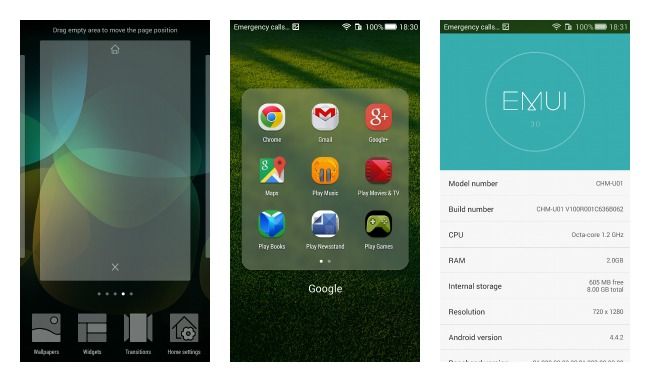 Good Performance
The Honor 4C comes with a Kirin 620 SoC inside. This octa-core chip is capable of running 64-bit applications and is a contender in the budget segment against the popular Qualcomm Snapdragon 410. Navigating through the UI is smooth and opening apps and multitasking takes no time at all. GPU intensive tasks like games work fine as well and I couldn’t find any lags or stutters doing so. After using the phone for a while I felt the Kirin 620 is a fairly faster Soc than the Qualcomm Snapdragon 410. And the synthetic benchmark results do stack up to tell the same.

I even compared it with the Qualcomm Snapdragon 615 powered Yu Yureka and the Kirin 620 gives an impressive chase to that SoC as well. There is one major flaw in the hardware department however and that is the 8GB internal storage. That 8GB internal storage is a very limiting factor and leaves the user with just 3.65GB of usable storage. This means you will have to buy a microSD card to store your multimedia and keep your app count to a minimum. In hindsight, at a 9K price, the phone should have featured 16GB storage. 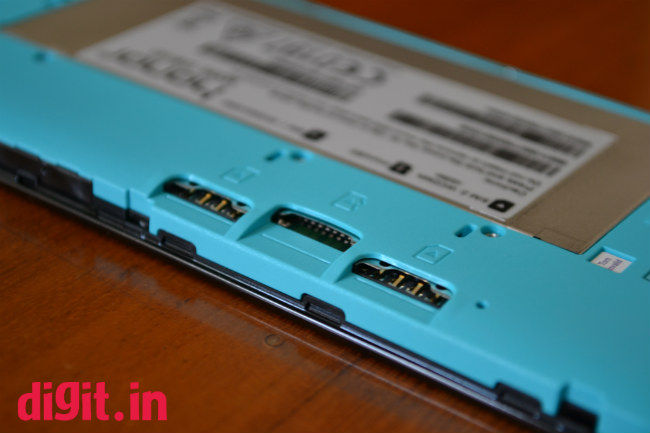 Call connectivity and reception were good and the phone does a slightly better job on the reception part. However, if you are an audiophile the Honor 4C might not be phone for you. The Honor 4C does improve over the Honor 6 in the sound department but remains merely average.

Great camera and an okay battery
The 13MP rear shooter on the Honor 4C is one of best low light shooters I have seen in a while. Also, photos taken in different light conditions have good colour accuracy and dynamic range. The camera software doesn't even mess with the saturation and I find it a praiseworthy feature since a majority of phone cameras oversaturate images. The camera software also provides advanced settings but they are hidden in menus. The phone can take 1080p videos with decent audio quality and works quite well in low light conditions. The 5MP front-facing camera is equally good and while I am not a fan of the beautify mode, it is there for selfie addicts.

Underneath the removable cover lives the 2550mAh non-removable battery which in my daily usage with display brightness at auto gave me about a day's worth of usage. The Honor 4C does have a built-in battery manager on-board which does increase the battery by slowing down the processor when the screen is off. In our standard battery test the Honor 4C lasted just over 7 hours which is better than its competitors. 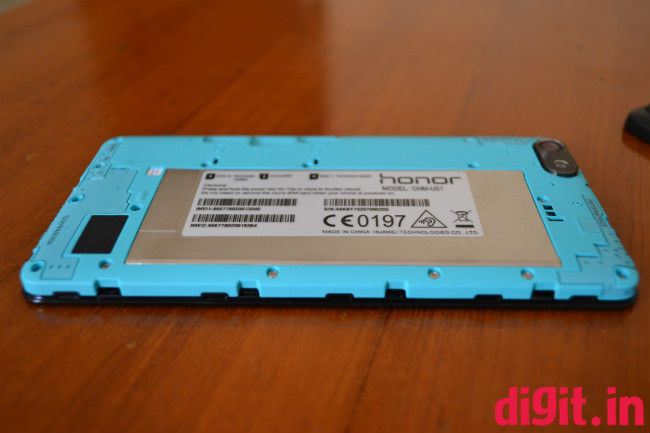 Bottomline
The Honor 4C could have been a very good option if the phone had 16GB of internal storage and a slightly lower price tag. These are the only two major factors which hold back the phone in becoming the best buy in this segment. Everything else like build, performance and camera quality make this phone worth considering. So, at Rs 8,999 should you buy the phone? Well, if you don’t use a lot of apps and are okay popping in a microSD card, this could be the phone for you. And, if you are feeling lucky, the Yu Yureka is a good phone to consider under Rs. 10,000. Otherwise consider from the usual lot of Lenovo A6000 Plus, Redmi 2, Honor 4X or the Motorola Moto G (2nd gen).