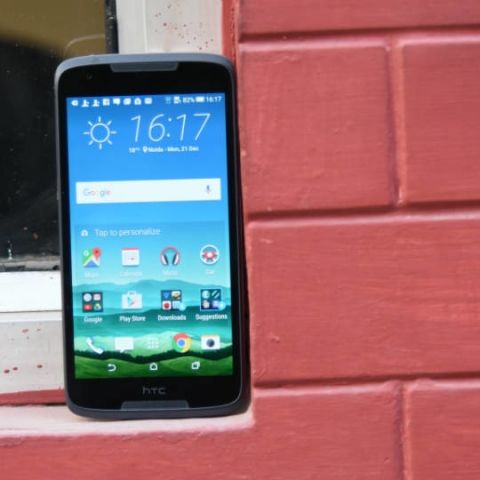 The Desire 828 has a good display and the front facing speakers add to the multimedia experience. But when you consider the competition at the sub 20K price point, you may want to access your requirement before choosing the right smartphone. This price point is flooded with smartphones offering a unique experience based on your requirement.

I must admit there was a time I would look forward to the phones that HTC would launch. I am talking about the era when the first HTC Desire was launched back in 2010. The HTC Desire was my first Android phone and I was in love with it. The Desire was actually the Nexus smartphone that HTC made for Google but with HTC’s Sense UI overlaying it and with an improved track pad (yes, smartphones once upon a time had track pads). Personally, after that smartphone I moved on to a Nexus. I still reviewed HTC’s smartphones at the time and for the era, they were “quietly brilliant”. After the launch of the Samsung Galaxy S2 HTC went on to becoming quietly ignored. But the smartphone maker persisted and launched phone after phone and despite doing some things brilliantly (boom sound), the smartphones never really excited many. I failed to understand why as there are a few gems hidden beneath all the marketing hype (UltraPixel jargon), something only an HTC fanboy would understand  (if any of those are still out there).

Today we review the HTC Desire 828. The smartphone is simple, elegant and competing in a price point dominated by the Chinese invasion. Does it have what it takes to stand out? 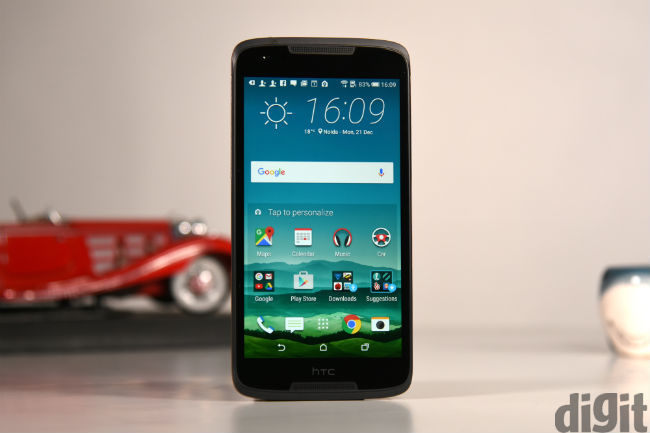 The build of the HTC Desire 828 is similar to its predecessors. The review unit we received has a black matte finished back and a golden brown border that surrounds the phone. The rear back panel is non removable but if you try really hard, you can get it off. The phone is really slim at 7.9mm and is very comfortable to hold. The matte rubberised back of the smartphone gives it a really good grip, better than some phones with a metal body. Considering the design on offer with the HTC Desire 828 it was extremely comfortable to hold especially when using the keyboard to type.

Coming back to the design, you have the standard port placement – MicroUSB port at the bottom, headphones jack on the top, SIM card slots on the left and the power button and volume rocker on the right. Moving to the power button and the volume rocker, they aren’t textured or protruding. From a design standpoint this is very good. From a functional standpoint, it isn’t easy to locate. It takes some getting used to and there is a leaning curve to remembering its position. Maybe I’m getting old but I prefer the textured power button. Its easier to identify without looking. 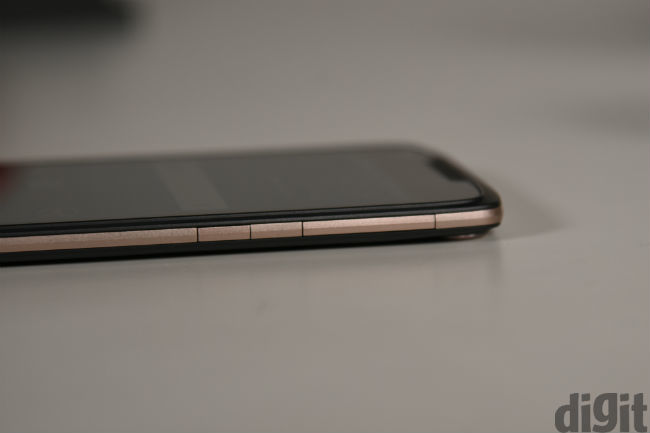 The front of the smartphone is clean and simple with HTC traditional Boomsound speakers at the top and the bottom of the display.

The smartphone doesn’t house a fingerprint sensor, which can be a bummer especially if you are one that has used a smartphone with a finger print sensor in this price bracket. A fingerprint sensor does make it easy for you to unlock your smartphone if nothing else and using it is like getting used to an elevator with automatic doors. Its just convenient and you really don’t like the manual door elevators even though they require nothing more than a slight effort.

Overall the build and design of the phone is quite good. It has a 5.5-inch form factor and even though that isn’t much of a difference when compared to the 6-inch behemoths floating around, it feels compact in one's hands. 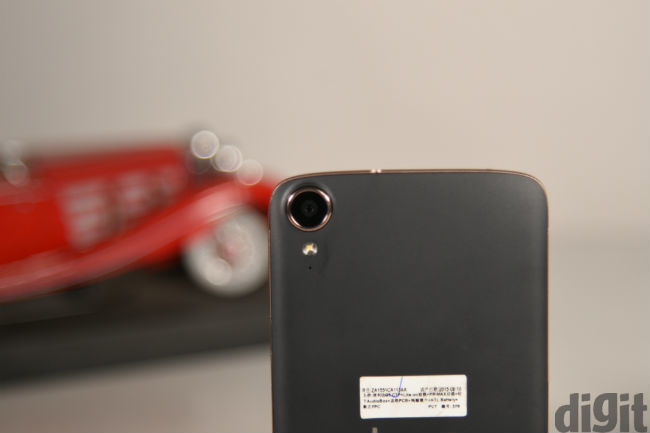 Kicking things off with the display, the smartphone has a 5.5-inch LCD display with a 1920x1080 pixel resolution. The display is crisp, vibrant and placed along side other smartphone displays in the same price bracket, has better colour reproduction. Text looks good, whites look white and it’s a treat watching videos. I spent a lot of time watching animated movies and the colour reproduction was good and the display is vibrant.

Coming to the UI, if you have used an HTC smartphone in the past, you will feel right at home here. The smartphone runs on Android 5.1 Lollipop, skinned with the HTC Sense 7.0 UI. Sense UI 7.0 has a few tweaks when compared to its predecessor. It still has BlinkFeed with a few tweaks here and there but overall, the sense UI 7.0 is a good one.

Overall, the display of the smartphone is one of its biggest highlights and the UI is functional, which is what’s important. 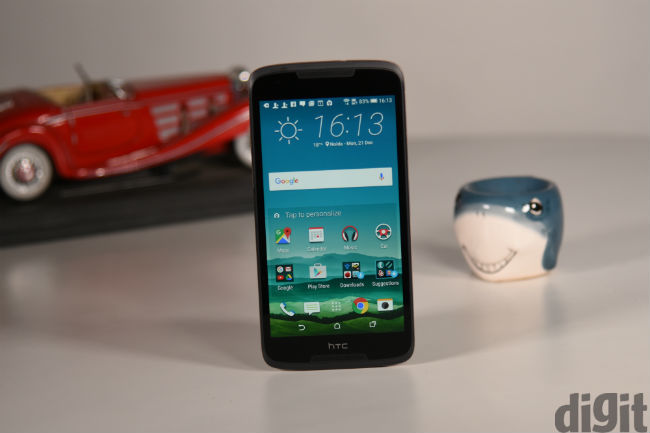 Before we get into the performance of the smartphone here is a quick look at the specifications. As we’ve mentioned, the HTC Desire 828 has a 5.5-inch 1080p display. Under the hood, the smartphone has the Mediatek MT6753 chipset with the Octa-core 1.5GHz CPU. The device has 2GB RAM and 16GB built-in storage which can be expanded up to 200GB via a microSD card. The rear has a 13MP OIS camera and the front has a 4MP UltraPixel camera. A 2800mAh battery powers the entire package.

Here is a look at how the HTC Desire 828 competes with the OnePlus X, Lenovo Vibe P1, Meizu MX5 and Moto X Play in the benchmark comparison.

It isn’t a surprise, but the HTC Desire 828 isn’t the best performer but it isn’t the worst either. Its performance is good.

Moving on to the real world performance the Desire 828 has the ability to hold its own. Multitasking is a breeze and the device ran all the popular apps and games we threw at it. Sure, it isn’t a powerhouse but for multimedia consumption it is a great device.

Moving on to call quality, it’s surprisingly good. The audio is well audible at both ends and unless I faced a call drop issue, the experience of using the 828 as a phone was good.

Coming to the battery life, the smartphone survived for 7 hours and 50 minutes in the GeekBench Battery test and that’s about expected when compared to the competition. Moving to real world performance, the device lasts through the day with above average use including, calls, messaging, social media, light gaming the device was at about 20% by nightfall. 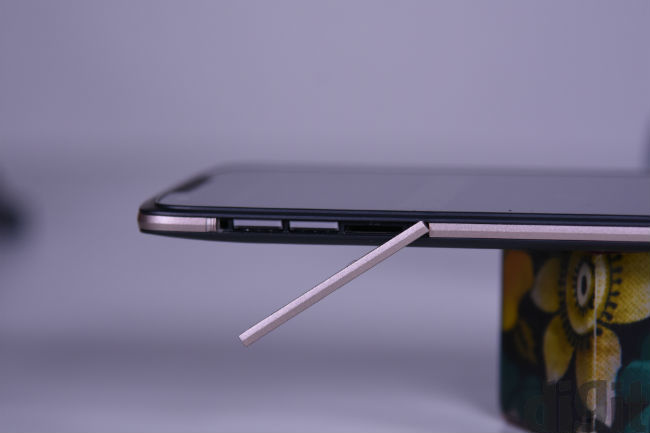 Moving to the camera, the HTC Desire 828 has a 13MP rear camera. Getting the worst out of the way, the camera has difficulty focusing when the object is very close. This is the case with a lot of cameras on smartphones in this price bracket.

Low light images taken from the camera of the HTC Desire 828 are soft and have a lot of noise. Colours are dim in low lit conditions but true to source. In well lit situations the colours reproduction is good. In the normal camera mode, getting the right focus point to get depth perception might be an issue but the camera does have a Bokeh mode to help with creating the effect of depth perception.

The competition for the best smartphone under Rs. 20,000 is pretty stiff. You have great performers like the Asus Zenfone 2, Moto X Play, Lenovo Vibe S1 and Meizu MX 5 gunning for that position. The HTC Desire 828 falls somewhere in the middle. It isn’t a powerhouse like the Zenfone 2, that has 4GB RAM, but the Desire 828 is a smooth performer nonetheless. It doesn’t have a fancy curved glass back like the Lenovo Vibe S1, but the matte rubberised finish gives the device a good grip. It has no fingerprint sensor but we really aren’t complaining about that. It doesn’t have the Marathon M5’s battery but it can last a day. What it does have going for it is a great display and some good sound. Overall this is your run of the mill sturdy and trustworthy smartphone with a comfortable form factor, good sound and display and an average camera. You can consider it among the other smartphones mentioned on this list.