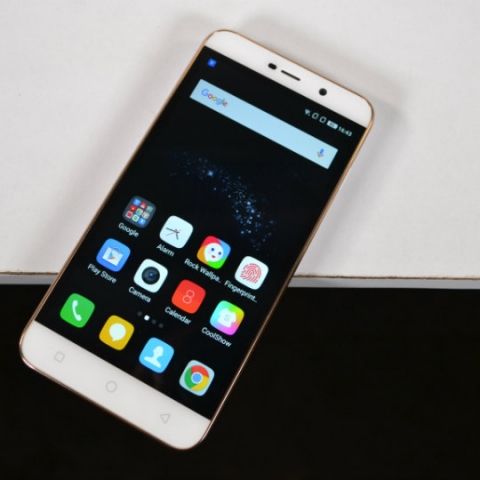 The Coolpad Note 3 Lite is undoubtedly one of the best phones in the sub-7k smartphone category. It offers good build, a fingerprint sensor, reliable performance and stellar battery backup. Where it lacks is with the camera.

While 2015, was a good year for the sub-7k smartphone market with the launch of some really good phones such as the Meizu M2 and the Acer Liquid Z530, 2016 has brought a new smartphone which can stand tall amongst the above mentioned devices. Yes, I am talking about the Coolpad Note 3 Lite, the smaller and lighter version of the Coolpad Note 3 which was launched last year. The recipe of the phone is kept same for the most part but to add some flavour, there is a nifty fingerprint sensor at the back and for the first time in this price range, 3GB of RAM. There are some other welcome changes which I will talk about in this review. 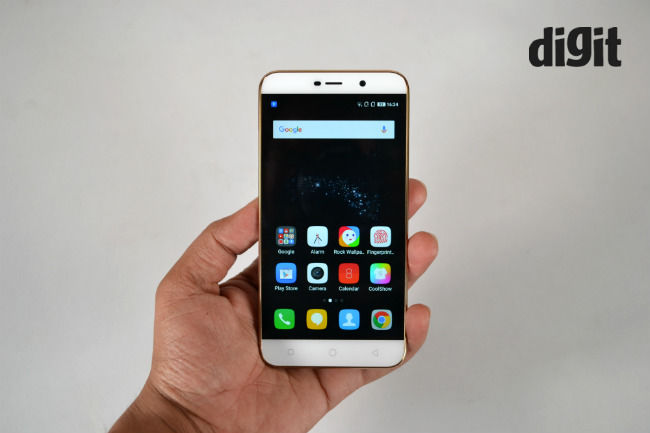 Build and Design
The Coolpad Note 3 Lite is just the like original Coolpad Note 3 for the most part. The build quality of the Note 3 Lite is quite good. The phone carries forward a similar simple candy bar design. The phone also gets the chrome strip which runs around the edge of the smartphone. My review unit we received has a light gold polish on it which adds to the overall design quotient. The phone offers a 5-inch display which makes it quite ergonomic to hold. In comparison, the original Coolpad Note 3 was a bit unwieldy thanks to its 5.5-inch display. A nice addition to the mix is the new textured back cover which give the phone a nice grip. The button position and depth also remains unchanged and they give appropriate feed back when pressed. 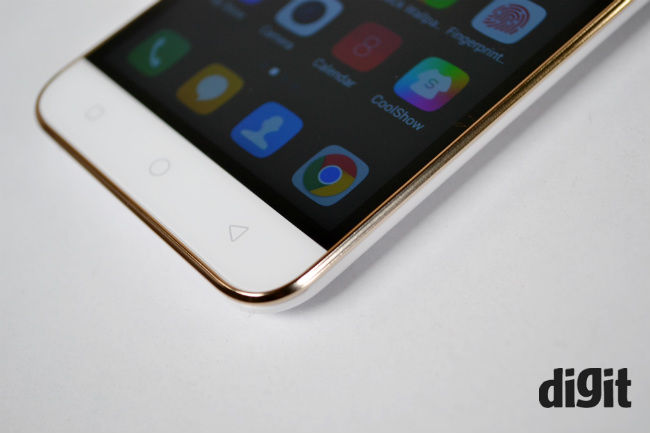 Display and UI
The Coolpad Note 3 Lite does not skimp on the display either and the 7K smartphone features a very good display. The 5-inch IPS LCD has good colour saturation and colour vibrance. The viewing angles good too. Sunlight legibility hasn't been improved from the original Coolpad Note 3 but in our experience, it definitely seems better. 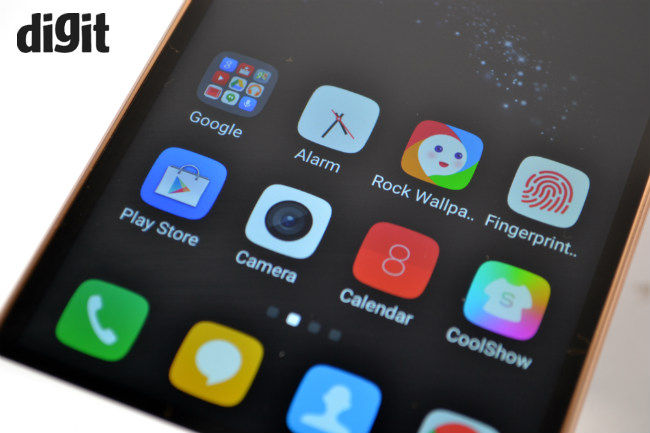 Talking about similarity between the Coolpad Note 3 and the Coolpad Note 3 Lite, the UI hasn't changed either. The UI is filled with bright icons and remains simple. As we’ve mentioned earlier, the fingerprint scanner is at the back of the smartphone. It is undoubtedly one of the best I have come across. It is fast, accurate and lets you unlock the phone in any orientation. The deja vu doesn't end here, the awful Xploree keyboard remains. Check out my Coolpad Note 3 review to know more about it. 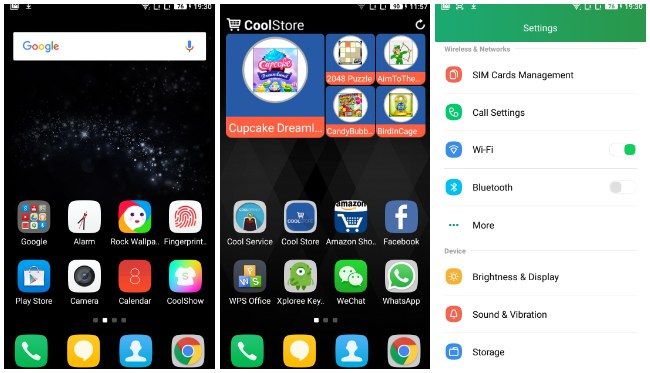 Performance
Mediatek seems to be the choice of SoC for budget phones. The MT6735 which beats inside the Coolpad Note 3 Lite was also there in two of the best phones we have see in the sub-7K smartphone segment — Meizu M2 and the Acer Liquid Z530. On the Note 3 Lite, this 1.3GHz quad-core SoC churns out some great performance for the money and is able to keep up with most tasks required from the smartphone. Using the phone as a daily driver, we found that it could handle daily tasks such as calling, video watching, surfing and even multiple page surfing. I even tried browsing the web while streaming music in the background and found out, the phone worked without a hitch. Gaming performance is also quite good and the phone can easily handle less demanding games. The phone lags slightly with graphically intensive games, but nothing which can’t be overseen at this price. Coolpad has optimised both the SoC and the 3GB RAM well and the phone never felt like a budget offering.

Calling capabilities are good as well and the earpiece is clear, although it could have been louder. The same cannot be said about the rear speaker which felt muffled. However, the sound quality via headphones is the best in this category and definitely louder.

Camera and battery
The 13MP rear shooter isn't that great though. Images taken in normal lighting conditions have oversaturation and while they look good on the phone’s display, they look pixelated on a larger display. Images quality further deteriorates in low light conditions. There is a lot of visible noise which makes images taken in dim light sometimes unusable. The front facing 5MP camera does a decent job in outdoor light but produces average images in low light. 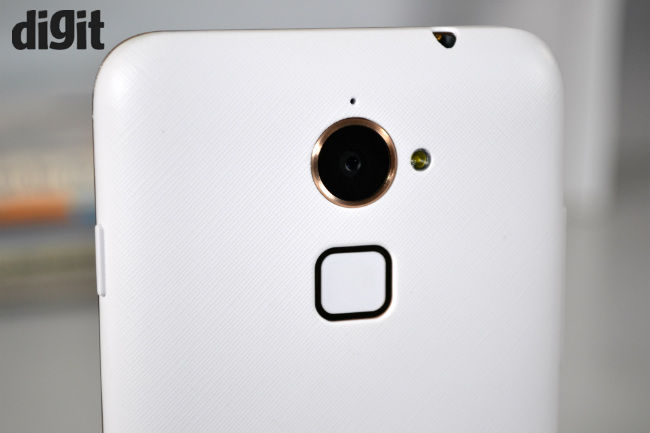 While the battery on the Coolpad Note 3 Lite is small by today’s standards at just 2500mAh, the phone can easily last you one day. In our normal battery test where we loop a 1080p FullHD video on loop until the battery dies, the phone was able to stay up for 12 hours, which is pretty good considering the price point and specs on offer. Using the phone as a daily driver with minimal gaming, the battery lasted till sundown but you will need to plug it in before you hit the bed. Gaming however, does consume the battery rather quickly and in an hour of gaming on the Coolpad Note 3 Lite, I lost about 20 percent battery. The phone does have very good standby time and offers faster charging compared to its rivals.

Bottomline
The Coolpad Note 3 Lite is undoubtedly one of the best phones in the sub-7k smartphone category. It has a good build, a nice orthodox design, the display is good, performance is reliable and the battery is more than capable of lasting you for a day. You even get a fingerprint sensor at the 7K price point. What the phone lacks is a good camera. Coolpad has done a fabulous job with the Note 3 Lite but I would like to see more Google apps preloaded on the smartphone, especially the Google keyboard. If a good camera is not your priority, then the Coolpad Note 3 Lite is the phone to buy in the sub-7k smartphone segment. However, if a camera on the smartphone is important to you in this price segment, then the Meizu M2 might be the phone to consider.