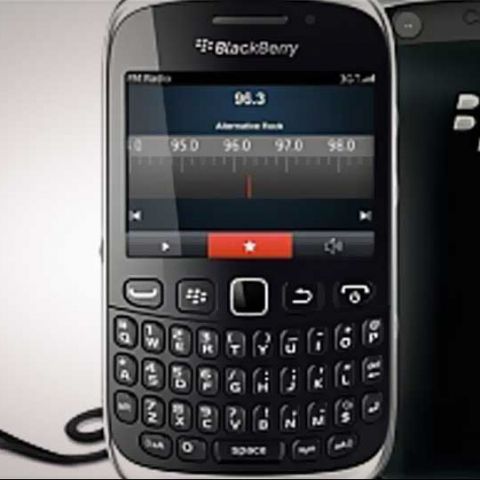 This would be a sweet deal if it were priced at the magical Rs 12.5K mark. It's what the 9220 should have been, and honestly, isn't a revolution, but it's still the best BlackBerry under the Rs. 15,000 cut-off. If you can afford to spend a bit more, and aren't too concerned with battery-life, opt for a 9360 instead.

My last review of a BlackBerry (BB) was the much-hyped 9220, which, to be honest, was a bit of a let down. I was looking forward to this one, specifically because from what I had heard, this was what the BB Curve refresh really should be.

Whilst sitting around in office with the 9220 (read our review), I remember discussions between team members about how that was really RIM’s opportunity to shine, to hit a home-run, to <insert your own idiom here>! Make a killer product with 3G, GPS, a half decent camera with Flash, a great battery, price it competitively and set the Indian market alight. Which, of course they completely mucked up with the 9220...

Because of the lack of the hype that surrounds, say, the Android OS, and a much lower App count, we all knew RIM would have its work cut out. BBM and good keyboards only get you so far in this day and age of location-based everything, is it good for the brand image of RIM to have as crippled a smart phone as the 9220.

Anyway, my usual rant over, let’s get down to taking a look at what the 9320 offers.

Before you start wondering, yes the first thing I did was pop open the battery cover, and sigh in relief when I saw that the same big battery from the 9220 is present...

Again, what look and feel? All current-gen BlackBerry’s seem to meld together in this weird double-vision way. Don’t get me wrong, this isn’t a bad thing necessarily... Yes RIM could perhaps pay attention to making phones that cost more, look significantly different visually, so that users can show off – but is anyone really showing off with a BlackBerry anymore? That’s a discussion for later, of course, but the point I’m making is, who cares? Because when you have the best keyboard / keypad experience the industry has to offer, why change a thing?

Once again I had a chance to get a feel for the individual Call, Menu and Return buttons that debuted with the 9220, and this time being able to compare it in real-time to my 9360 and 9300... I am decidedly a fan of the new buttons. It is most certainly an improvement to what was already a sublime keying experience – so kudos to RIM for that.

Update: Both my 9300 and 9360 died suddenly, so I sent them off to a RIM service centre. No fuss, no headache, just great service. 9300 repaired, 9360 replaced. I just wish they’d take less than the 3 / 4 weeks to repair / replace devices. Still, a pretty good experience compared to some nightmare stories I’ve heard about from others with dead Android phones.

Features
At least we won’t have to harp about FM here, because thankfully, the device has all the basics – 3G, GPS, camera with LED flash, et al.

This is exactly what a smart phone from RIM should be, so there’s really nothing to write home about in terms of features, and neither is there anything to criticise.

One really cool feature is the WiFi Hotspot functionality, which allows you to connect up to 5 devices, with your phone acting as a router. A great feature if you have a 3G connection that you want to share across devices or with your friends in a coffee shop, but useless for me, because I’ve got a terribly slow EDGE connection.

Performance
The battery, as mentioned earlier is big and beautiful, and lasts a whole day, and I certainly have a vigorous usage pattern. Even with all my mails, files and settings all transferred over from the Switch Device option in BlackBerry Desktop Manager, the 9320 didn’t seem to slow down at all, which is another positive vote for OS 7.1 and 7.0 over previous versions. Also, the 512 MB RAM and same amount of ROM help in ensuring things stay snappy enough.

The occasional hour-glass hanging that every BlackBerry user dreads does happen, but it’s usually only when using App World to install or uninstall something.

I really wish they’d work out whatever kink causes that. It’s terrible when a smart phone does that to you. However, comparing Apples to Apples, I honestly haven’t ever used another BB device that doesn’t shove that dratted hour glass in your face once in a while. Mocking you, while you stare at an unresponsive screen, your mind dancing between the frustrated red corner and the hopeful blue one in a bout with Mike Tyson – sooner or later you’re going to throw in the towel, or have all the lights knocked out – a battery-pull either way.

The 9220 that I reviewed had a sticky keypad that made me type funny, but this one is as perfect as one could expect. Keys are comfortable to use, and honestly, feels almost as good as my 9360’s keyboard.

The 3.15 MP camera with an LED flash is a huge step up from the 9300 and 9220, but is still quite bad compared to the cameras we see on other smart phones. The only acceptable BlackBerry camera is on the 9360, and that’s NOT the best 5 MP shooter attached to a phone by a long way, anyway.

Verdict
At a street price of about Rs 15,000, the BlackBerry 9320 is just a tad over-priced in my opinion. Given that the BlackBerry Curve 9360 can be had at just about Rs 2,000 more, I would recommend either waiting for the price to hit the Rs 12.5K sweet spot, or just cough up 2K more to get a better phone and camera in the 9360.

However, if battery life is of supreme importance, this might be a decent buy, because the 9360 does have this annoying habit of dying at least once a day from power starvation.

You should also consider that there are already famed Norwegian updates available for the 9360. If you like, you can update the 9360 to OS 7.1.0.336 now and enjoy all of the same goodness – WiFi Hotspot and yes, even FM functionality! Or so people claim, I haven’t updated mine yet...

Visit page two to check out our test scores logsheet for the BlackBerry Curve 9320...