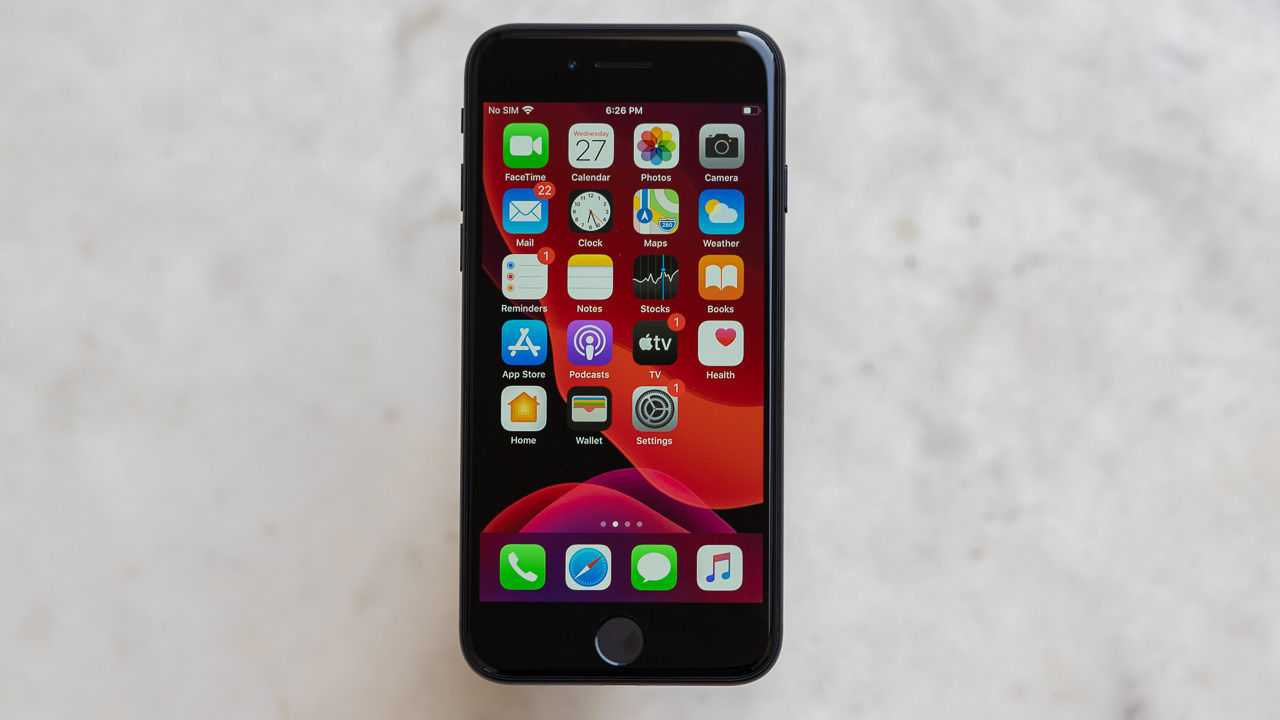 The Apple iPhone SE (2020) with its A13 Bionic SoC is able to deliver on the promise of performance, with excellent benchmark and gaming scores. The display is bright and crisp with support for Dolby Vision and HDR10 content playback and also has excellent outdoor legibility. The overall form-factor is also very comfortable to use for people with small hands. The iPhone SE may have a small battery in comparison to its competitors, but also sports wireless charging and 18W fast charging. While the camera on the back and front do take great photos and videos, their performance during low light situations may not be the best. Additionally, users may find the lack of multiple cameras on the rear limiting in terms of framing. Overall, the iPhone SE 2020 offers great performance, reliable photography chops and a great display all packed into a form-factor that's compact enough for one-handed use. At the end of the day, the iPhone SE offers the lowest entry point into the iOS world and should be considered a serious option by anyone who always wanted to switch to iOS, but considered the price of the modern-day iPhones to be too high.

The original iPhone SE was released in 2016 and raked up a huge fan following for its compact form-factor and the fact that it packed the newest SoC for the time. Four years later, fans od Apple's mobile devices have been again vying for a compact smartphone. Adding fuel to the fire were the persistent rumours around the potential release of an updated iPhone SE. Given that the iPhone 11 Pro and its bigger variant causing as much as a down-payment on a small car, there really was a need for Apple to release something that would entice consumers to help the company boost its market share, especially in India. Well, the iPhone SE 2020 is finally here, it's gone through our testing process and it has definitely left us impressed. The best way to sum up this new iPhone is that it’s a very impressive mix of the iPhone 11 and the iPhone 8. Read on to find out why.

One big concern with a budget iPhone was that Apple might end up using an older SoC to power it. That’s not the case, and the iPhone SE 2020 is powered by the A13 Bionic, the same SoC found on the iPhone 11 series. Early benchmarks showed that the iPhone SE had lower benchmark scores in comparison to other A13 Bionic powered devices, sparking suggestions that Apple may have downclocked the chip in some ways. Turns out, the simple reason for this is the fact that the iPhone SE 2020 comes with 3GB of RAM while the 11 series sports 4gigs of RAM. This does bring the benchmark scores a little lower than we’ve seen from the 1 series, however, they’re still very very close, as you can see from the graphs below. 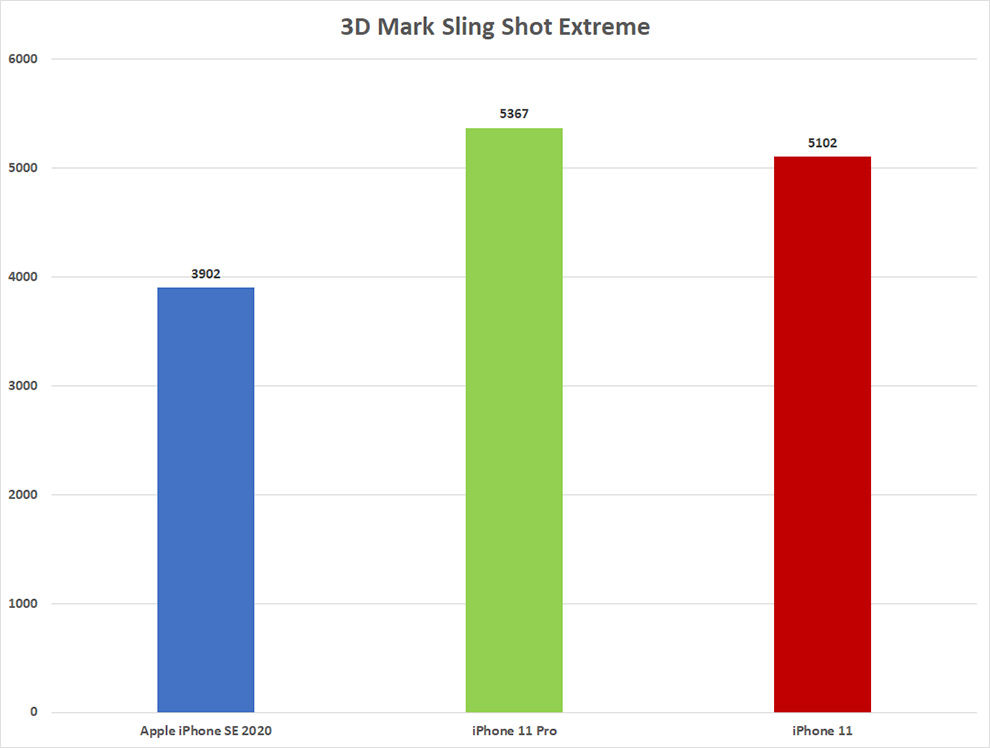 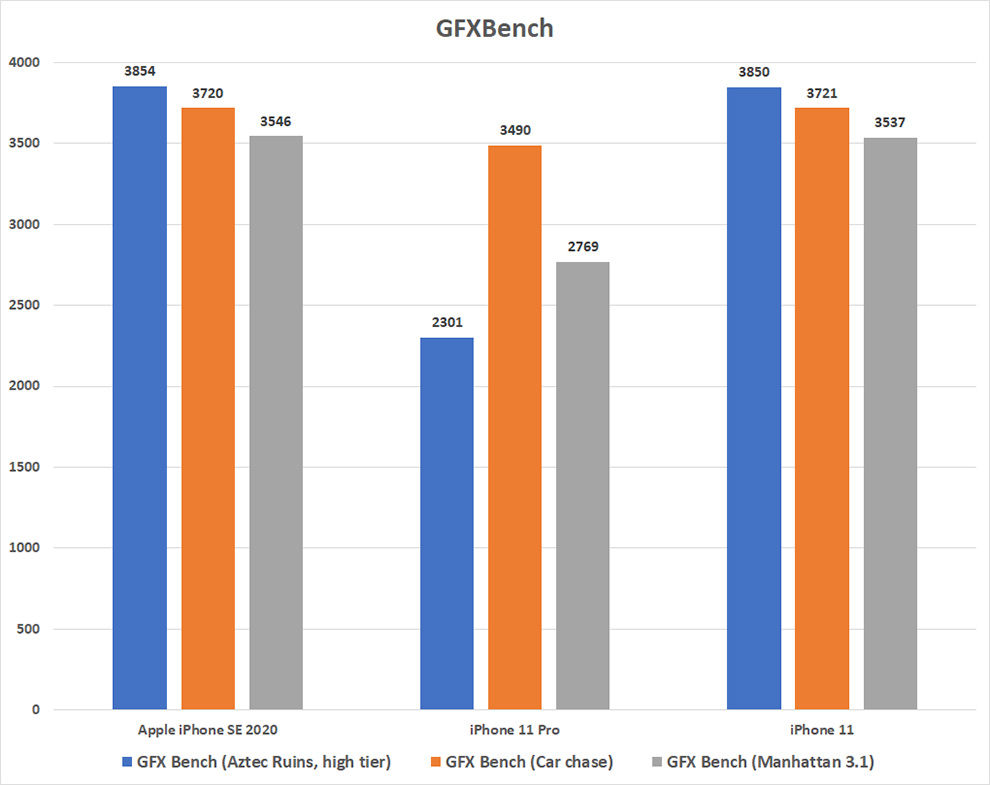 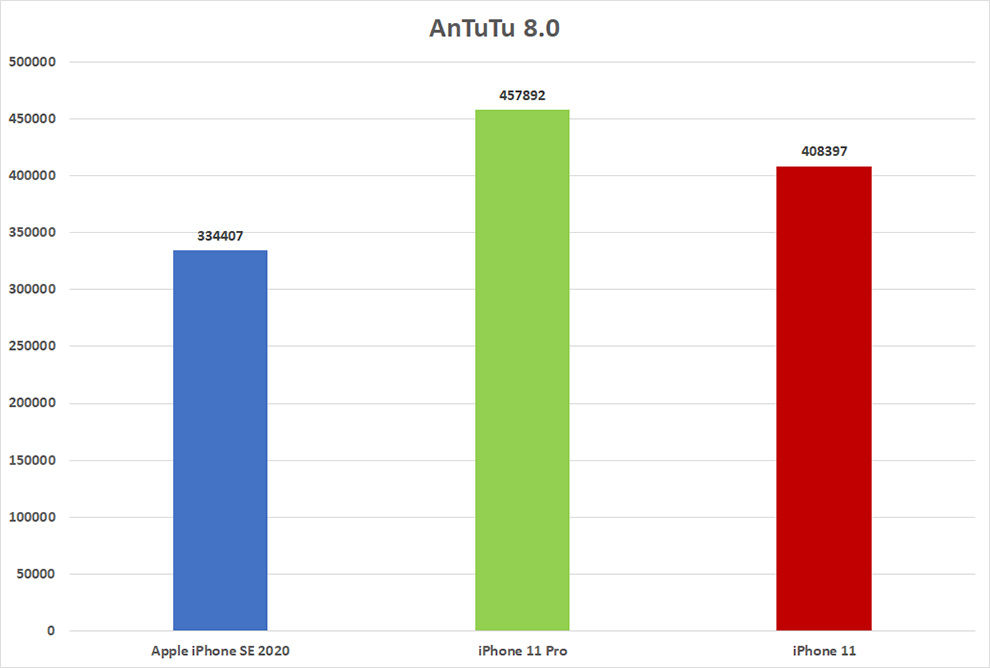 Of the many things Apple has a track record for, it is consistently showing the irrelevance of benchmarks. When gaming on the iPhone SE, we clocked 59 fps on both PUBG Mobile and Call of Duty Mobile while Asphalt 9 ran at a rock-solid 60fps. While Gamebench reported 93 percent frame stability for Call of Duty Mobile, both Asphalt 9 and PUBG Mobile ran with 99 percent frame rate stability. Gamers, good luck finding reasons to complain about this phone’s performance.

As a daily driver, I switched from an iPhone 11 Pro over to the iPhone SE and there was practically no difference in the experience. Switching apps, going between photo editing in Adobe Lightroom Mobile and moving to CoD Mobile was fast, given that Apple has been using NVMe-based storage for some time now, apps load very quickly.

The iPhone SE 2020 is a modern-day smartphone by every metric of performance. Everything you would expect to be able to do on the iPhone 11 Pro, you can do on the iPhone SE. Performance is definitely not the area of compromise on Apple’s part, that is something you can be rest assured of.

One look at the iPhone SE 2020 and you will think you’re looking at an iPhone 8. This means you get a 4.7-inch display with a thick top and bottom bezel. The 750 x 1334 resolution packed into a 4.7-inch panel gives the display a pixel density of 326 ppi, adequate for a very enjoyable viewing experience, and yes, it is an IPS LCD Panel. 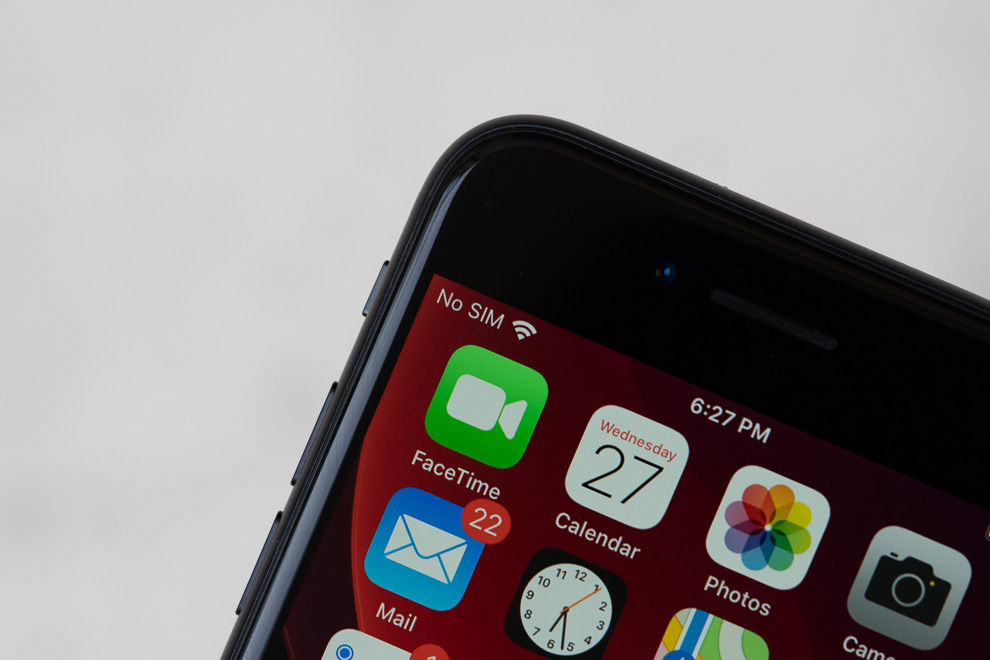 Perhaps the most impressive thing about the iPhone SE’s display is that it supports HDR content playback from Netflix and other sources. Apple’s colour management takes care of the profile switching between DCI-P3 and sRGB, depending on the content on the display. Regardless of what you’re watching on the display, whether a movie, a photo or even playing games, the visual acuity is very good thanks to accurate colour reproduction. The iPhone also has a peak brightness of roughly 600 lux as recorded by our lux meter and can go down all the way to 2 lux, for easy viewing in pitch darkness.

This is probably the one area where you’re going to feel yourself wishing Apple had done more. The iPhone SE 2020 comes with a camera stack that’s on-paper, identical to that of the iPhone 8. You have a 12-megapixel shooter on the back with an f/1.8 aperture and OIS. On the front, a 7-megapixel camera with an f/2.2 aperture. The rear camera can shoot in 4K and is also capable of shooting 1080p video at 240fps, just like the 11-series. What you don’t get is Night mode, a feature that continues to remain exclusive to the latest iPhones only. Given the limited hardware, let’s see what kind of images you can expect from it.

Disclaimer: All image samples shown below have been resized for web and have had their quality lowered. For full sized, straight out of camera images, you can see them on our Flickr Gallery.

The daytime performance of the iPhone SE is actually surprisingly good. The Smart HDR algorithms work on the iPhone SE which is definitely a reason for the markedly improved dynamic range in the daytime photos shot from the iPhone SE. What stuck out as impressive was the level of detail retained in the photos. Taking photos is a snappy experience, with no shutter lag and very little time between shots. You can see some of the samples below. 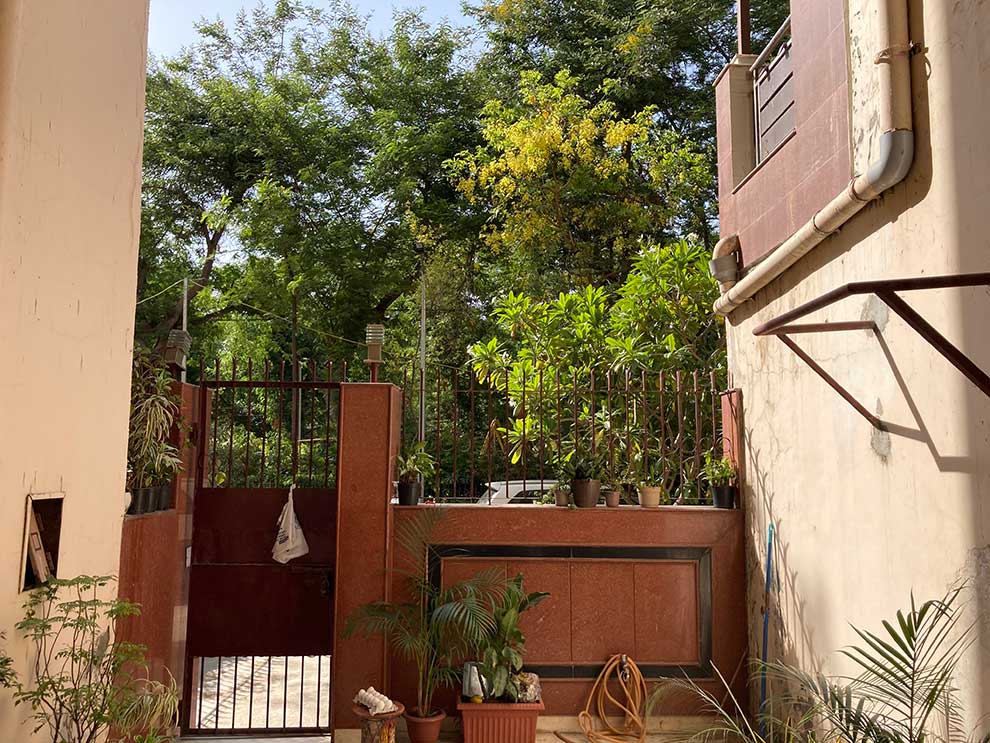 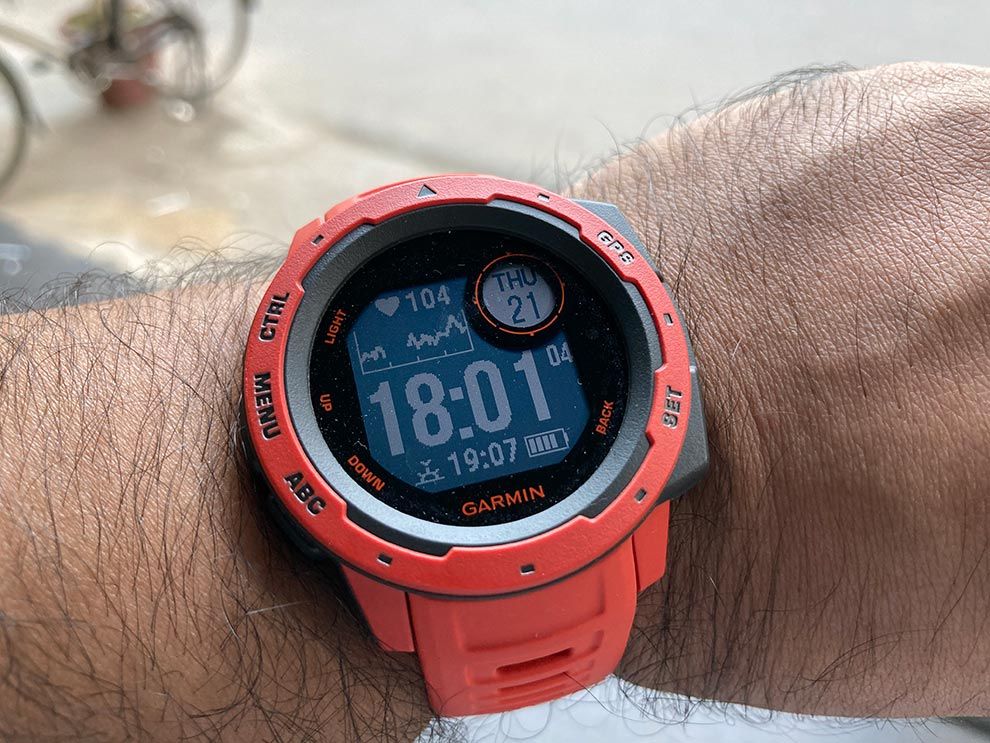 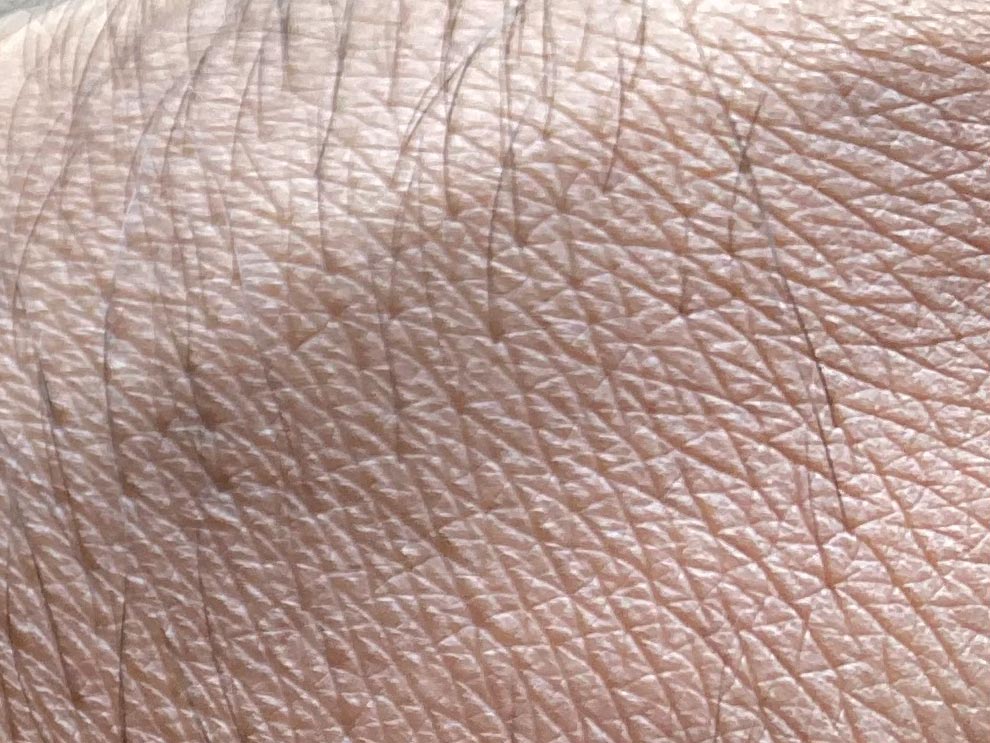 The iPhone SE does not have a night mode, and that’s one area where you will definitely feel a pinch. Shooting subjects indoors is not all that bad, as the camera manages to grab decent exposure. However, if you’re out at night shooting outdoors, the camera will struggle with dynamic range, but that’s a given for a camera sensor that has none of the new-age pixel binning magic. The price to pay for nearly noise-free images in low light is details, which are lost when the noise reduction algorithm is applied. 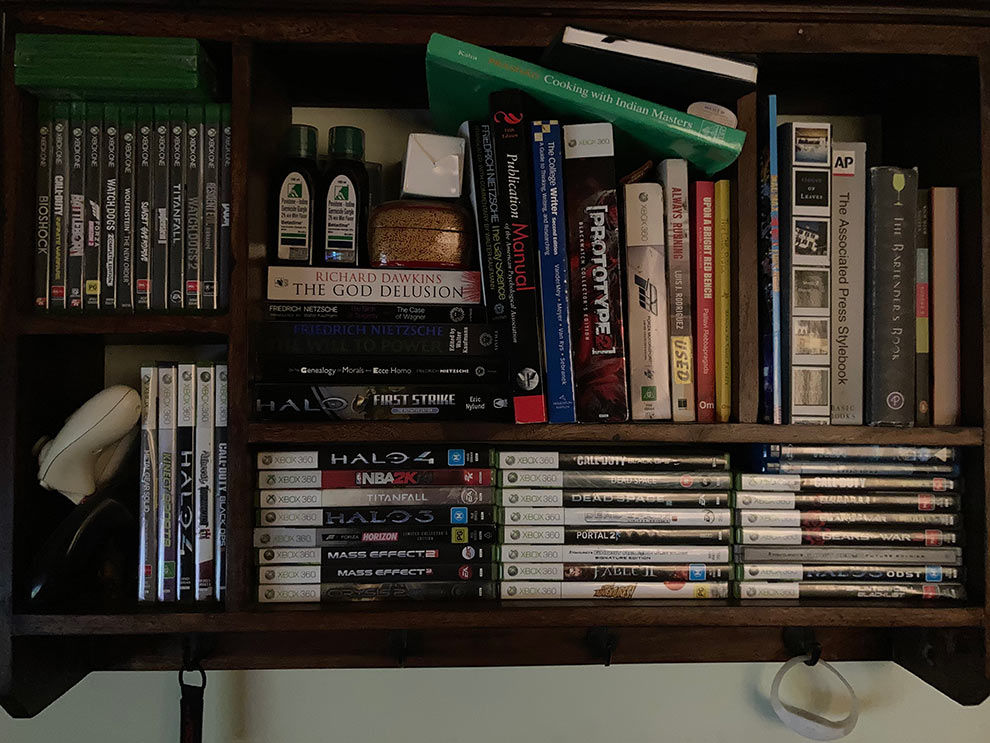 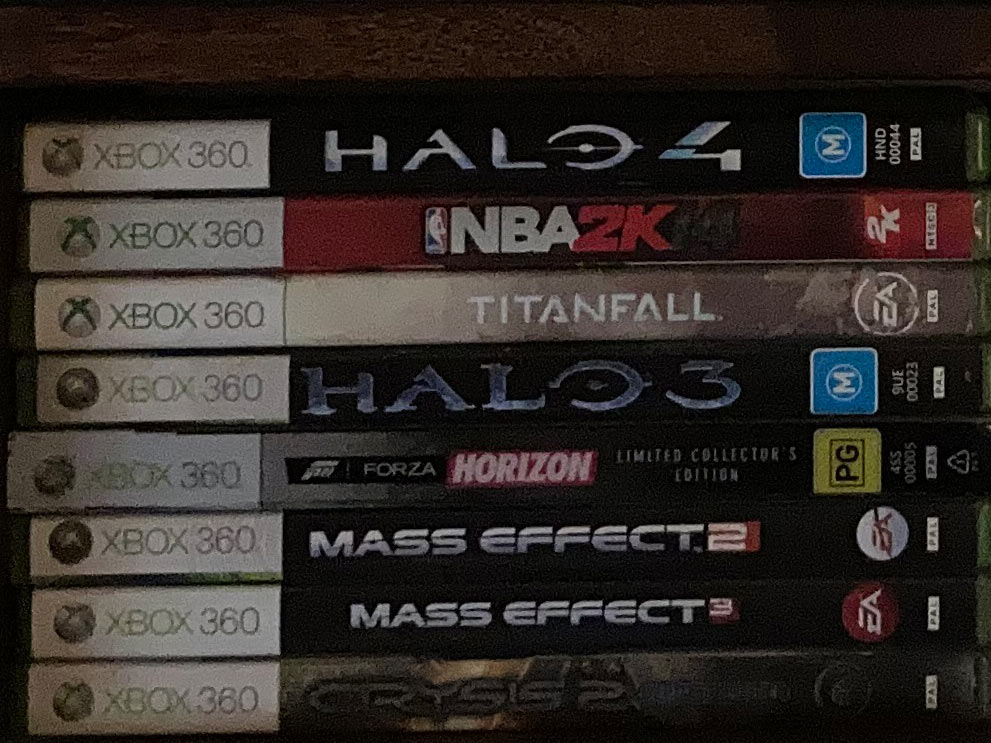 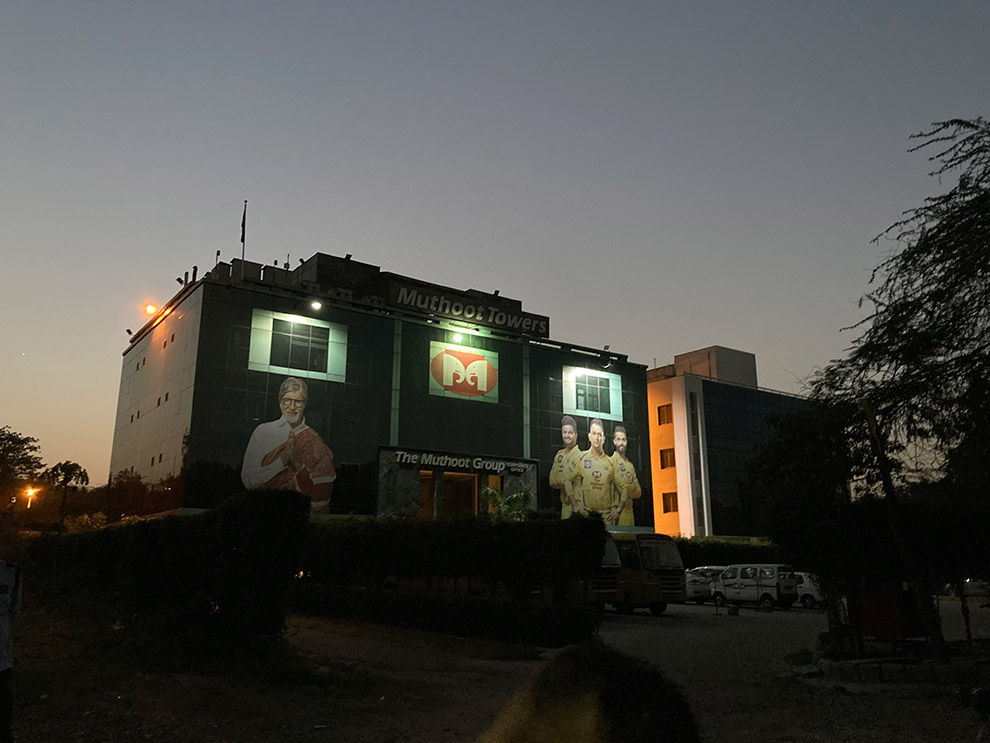 The iPhone SE offers portrait mode as an option, but only works with human faces. This is the same technique employed by the iPhone XR, called monocular vision. The sensor has dual pixel AF, the lenses of which see the subject almost just like the human eye and from there, machine learning takes over. Unfortunately, this only works with human faces and manages to do a decent job of separating the subject from the background. The separation of the hair is still a tricky thing to achieve, but as long as your hair isn’t frizzy like you’ve been shocked by a stray electric wire, then it should be able to keep things clean. 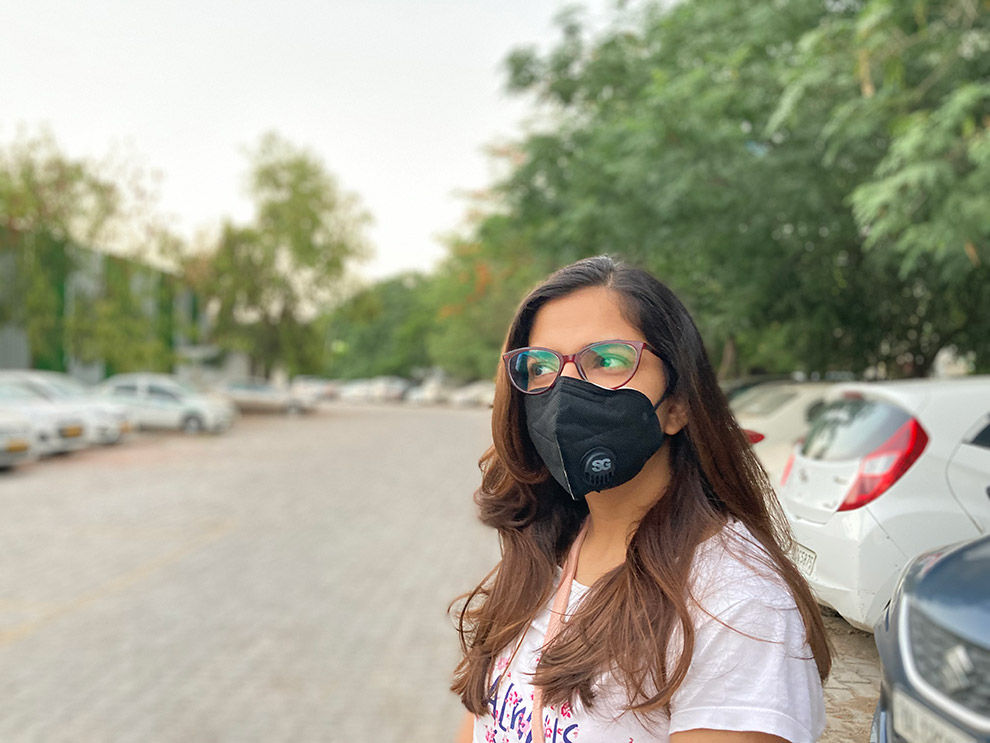 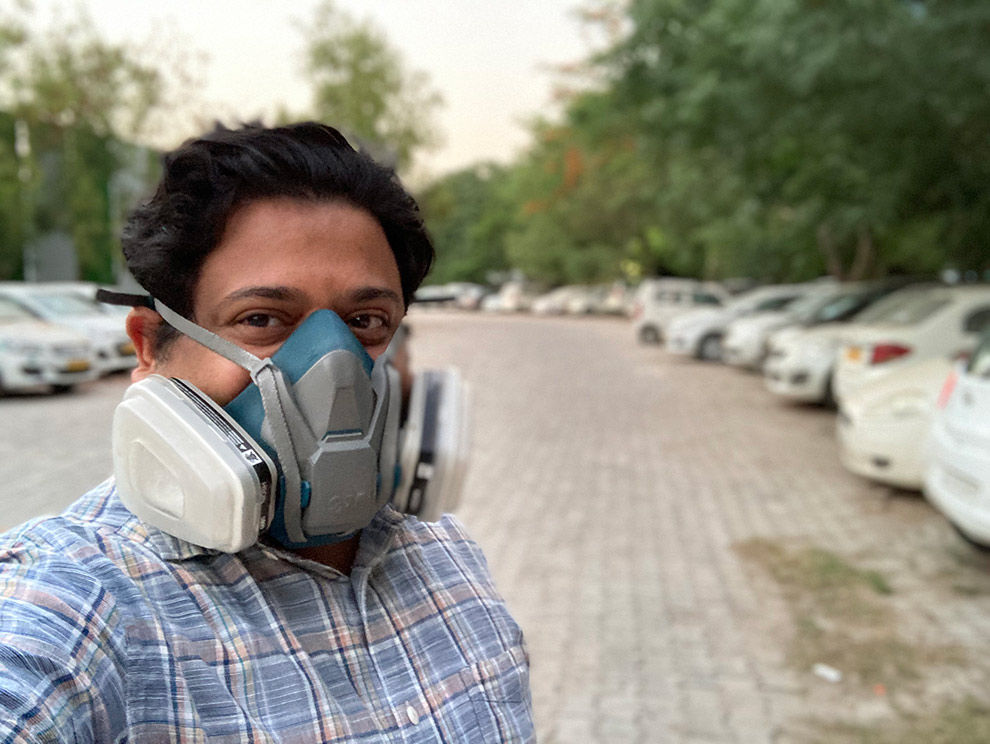 The iPhone SE 2020 houses a 1814mAh battery. It supports fast charging just like the 11 series and also comes with wireless charging. There is no fast charger in the box though. In our video loop test, we found the iPhone SE to last a little under 6 hours with the brightness set to max, Wi-Fi turned on and Bluetooth turned off. Playing 15 minutes of CoD Mobile cost us 6 percent battery while 30 minutes of streaming Altered Carbon from Netflix levied a 7 percent penalty on the battery life, although in this case the brightness was not turned all the way to max.

Using the iPhone SE as a daily driver, I noted that under my normal usage scenario, the phone just barely made it to the end of the day. Lockdown times have fewer phone calls and messages, but that’s been compensated with more YouTube and social media browsing. On an iPhone 11 and iPhone 11 Pro, we noted a battery life of a day and a half under similar usage conditions. Given the ultra-compact form-factor of this device, we don’t really see how Apple could have fit a bigger battery in here. If you do decide to get the iPhone SE, it wouldn’t hurt to keep a power bank handy. In fact, we insist that you keep a power bank handy.

The compact form-factor of the iPhone SE is absolutely amazing.  For people who have small hands, the iPhone SE is an absolute boon. It's easy to use with a single hand. The return of the TouchID is a boon in the times of Coronavirus where a mask is nothing but a hindrance in opening. It's just as fast and works well even with wet fingers. The volume buttons are on the left of the phone, within easy reach, as is the power button, on the right. The all-glass construction of the phone does make it a tad slippery and placing the phone on a slanted surface will make it slide off, especially if it starts to vibrate. After two years of thick iPhones, it’s nice to finally have a compact model. 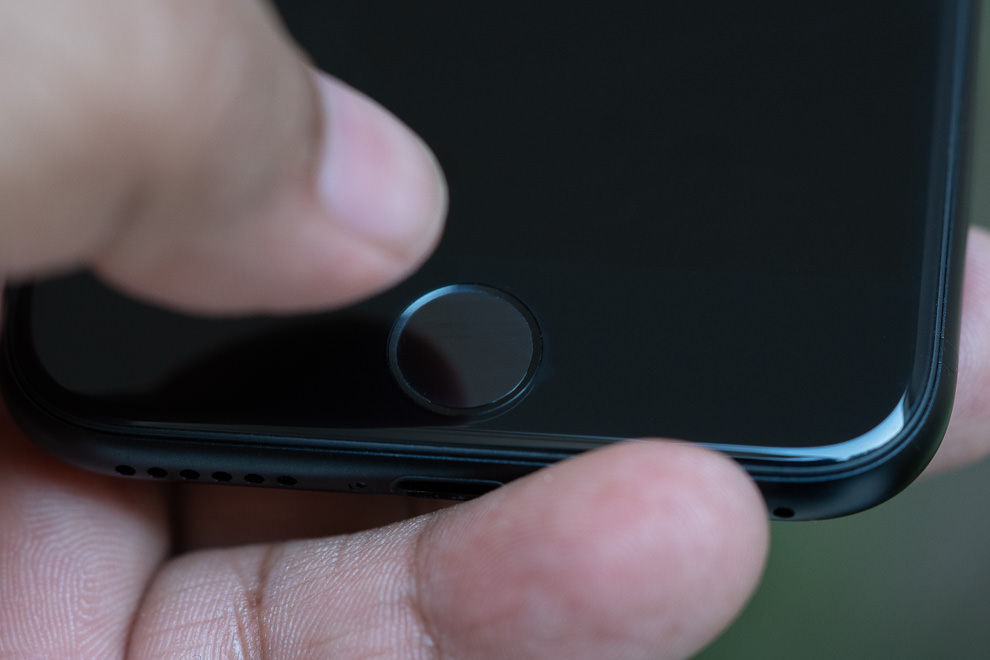 The iPhone SE 2020 gets a lot of things right. The performance is on the money and the form-factor is one that’s been loved and lauded by many in the older iPhone era. It also brings all the right mix of features for the price point, such as an HDR display, IP67 rating and of course, that A13 Bionic SoC. The single camera may feel insufficient, given that every other smartphone at this price point offers at least two cameras. The camera doesn’t even sport Night Mode, but it does come with portrait mode. Where the iPhone SE excels, however, is the relatively low cost of entry into the Apple ecosystem. The iPhone SE starts at Rs 42,500, but many retailers are offering cashbacks and discounts, further lowering the price. For anyone who’s wanted to get on the Apple bandwagon, but felt that the newer iPhones were too expensive, and the older generations don’t justify the price, the iPhone SE is perfect for you. If you have an old iPhone like the iPhone 5s or even the older iPhone SE, upgrading to the new one will definitely be an improvement by leaps and bounds as far as the experience is concerned. The only pain point would be the lack of multiple cameras.