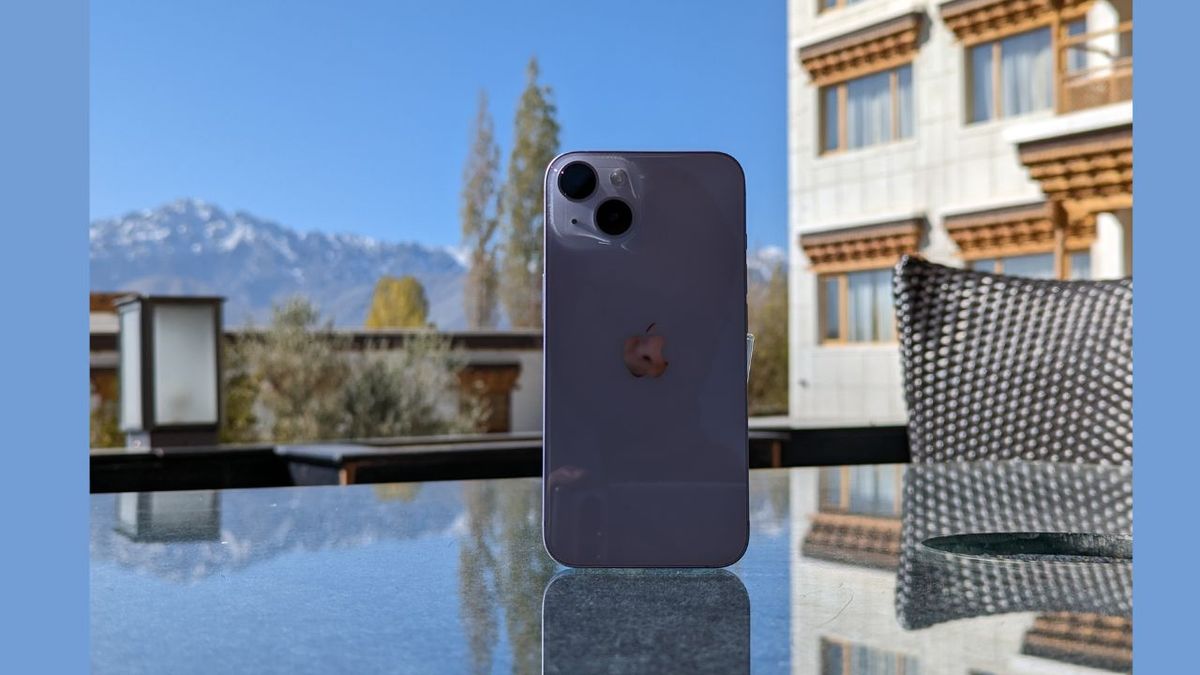 Should you buy the iPhone 14? The short answer is a no if you already own an iPhone 13. At Rs 79,990, and some bank discounts thrown into the mix, the iPhone 14 is definitely worth checking out. It offers very good cameras, powerful performance, a beautiful 6.1-inch Super Retina XDR display and a pocketable form factor. While the upgrades on offer aren't substantial enough to recommend the phone if you are coming from an iPhone 13, they are good enough if you are coming from a slightly older iPhone, or from a high-end Android device. In that case, the iPhone 14 could really be a good buy for you.

In what is arguably the cheekiest move in its recent history, Apple has substantially widened the gap between its Pro and non-Pro iPhone models this year. With the iPhone 14, the company has finally moved away from its long-held strategy of equipping its latest iPhones with the company's greatest chipsets.

Yes, unlike the iPhone 14 Pro-series phones, the iPhone 14s doesn't get Apple's state-of-the-art A16 Bionic chipsets. Instead, they get the souped-up variant of the A15 Bionic that was found on Pro-variants of the iPhones last year. 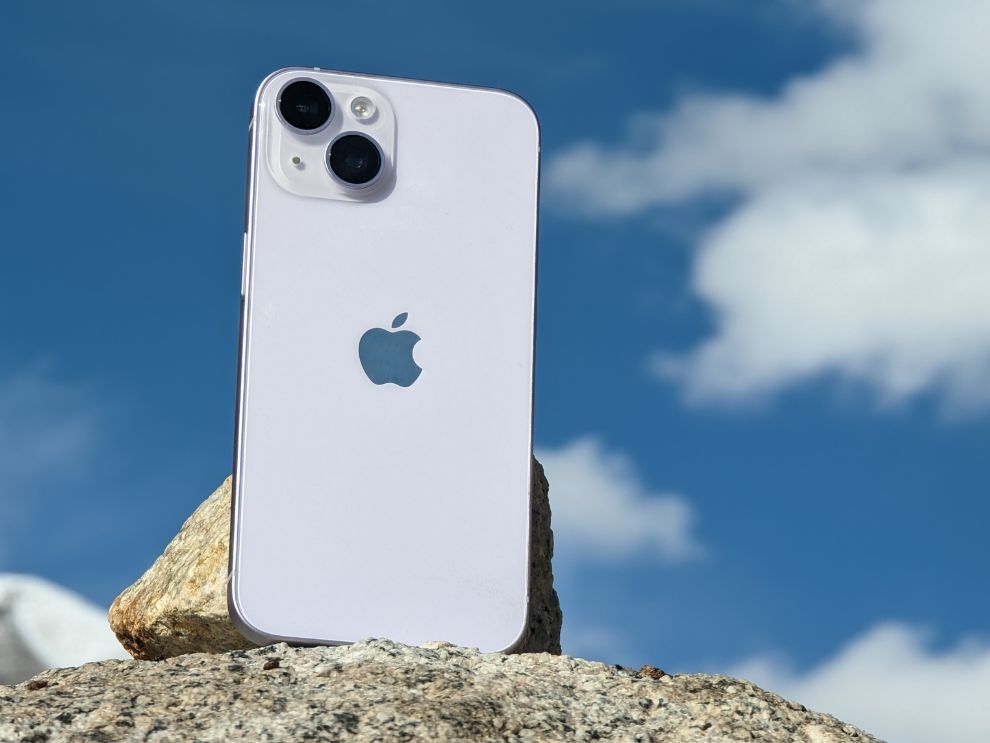 Apple's design team in all its wisdom has decided to keep the design of the iPhone 14 pretty much consistent with what we saw with the iPhone 13 last year -- except for new colourways. This means I can actually save up time and energy like them, and simply repost text from the design section of our review of the iPhone 13 from last year. Thankfully, we at Digit don't believe in rehashing content. So here goes nothing.

The iPhone 13, sorry, I meant iPhone 14, comes with a flat aluminum frame and ceramic shield glass, durable enough to resist most drops and scratches. It is one of the most premium-looking phones you can get your hands on at the moment, which when gazed at from the front, or the back, looks like an absolute thing of beauty -- only if you've not been exposed to the iPhone 13 already.

Holding it in your hand, the phone feels quite ergonomic, however, its flat edges and frame, don't make it the best phone in the business if you plan on holding it for prolonged periods while gaming or watching movies. Additionally, the phone is also IP68 rated, making it resistant to dust and water to a certain extent. 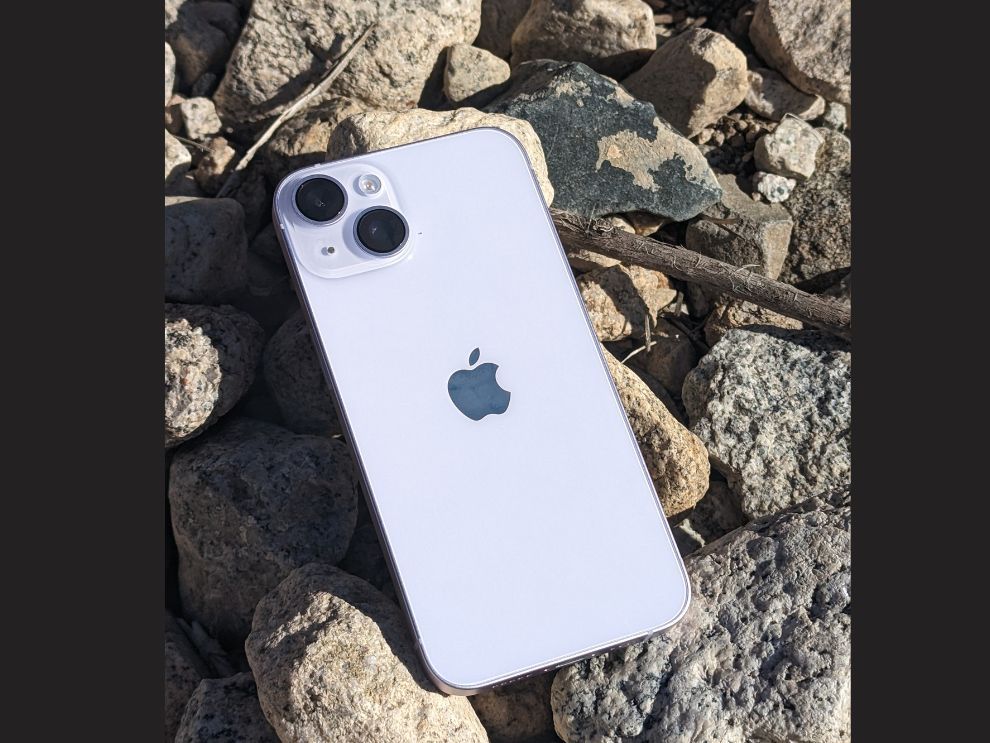 With the iPhone 14, Apple is using the same 6.1-inch display that it used last year. This is an OLED panel, which can cover the DCI-P3 wide color gamut, and also comes with support for HDR10+ and Dolby Vision. This panel offers life-like colours, and is great for watching videos and movies. It gets plenty bright and the fact that it's vibrant also ensures that it is great for consuming content on social media platforms such as Instagram.

Sadly, the iPhone 14 still has a wide notch for housing the selfie camera along with 3D biometric sensors for the phone's facial recognition tech. Another drawback of Apple using this year-old display on the iPhone 14 is that it also doesn't allow for fast refresh rates on the phone. Yes, this is because Pro Motion still remains limited to the Pro model devices. But this apart, it's still one of the best displays you can get in the market if color accuracy and brightness are of importance to you.

Don't believe us, check out the numbers from our in-depth Calman tests below. 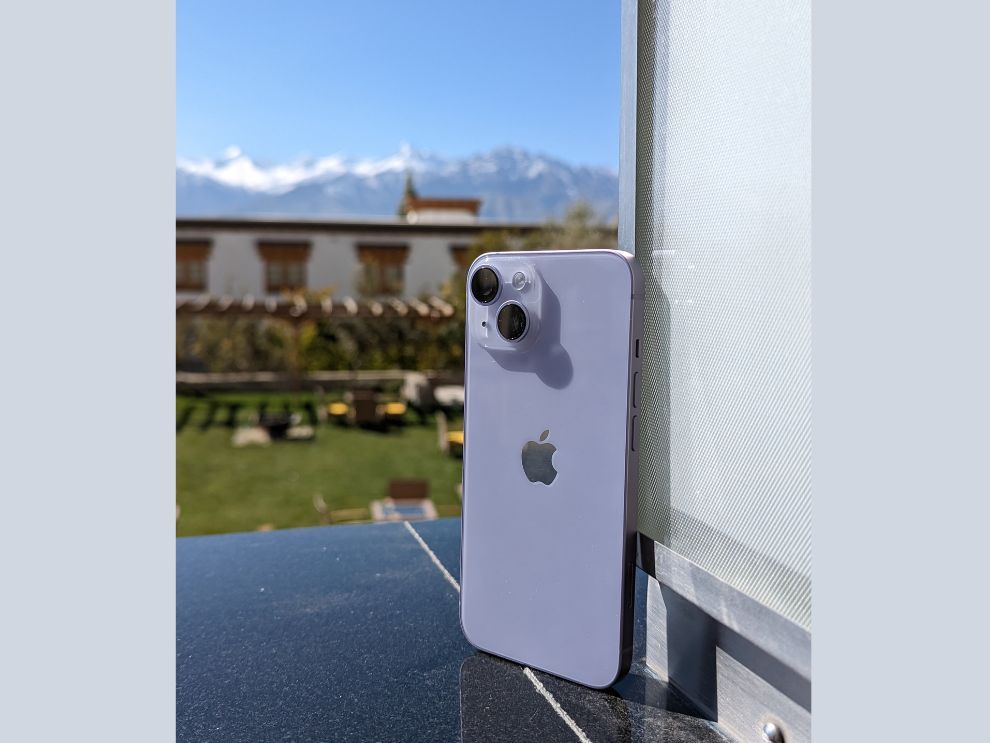 Despite housing a generation-old chip, the iPhone 14 generally offers pretty good performance for CPU, GPU intensive tasks and also in the battery department. This is because the A15 Bionic SoC found inside the device is still quite powerful, and promises serious processing chops to take on devices that are powered by the Qualcomm Snapdragon 8+ Gen 1, and Google's Tensor G2 SoC.

As expected, in real-world usage, the performance on the iPhone 14 was still comparable to the iPhone 13, with games running like a charm on the device. We ran Call of Duty Mobile and Asphalt 9 Legends on the phone only to realise both games ran flawlessly on the phone. The same was the case for other GPU benchmarks such as GFXBench and 3D Mark WildLife. It was here that the iPhone 14 did take a slight lead over the scores we've previously seen on the iPhone 13. The reason, obviously, is the extra GPU core.

Coming to the battery department, we again see an uptick in performance, with the iPhone 14 promising up to 20 hours of video playback according to the official numbers shared by the company. This is a shade better than the iPhone 13. This is also the case in real-world usage, where the iPhone 14 proved to give us slightly better battery life compared to the iPhone 13 we tested last year. But the difference is not very significant and not big enough to influence buying decisions.

Apart from this, there's no difference between the iPhone 14 and iPhone 13 in the battery department, with both phones taking the same amount of time to charge at 20W with USB Power Delivery and 15W with MagSafe. 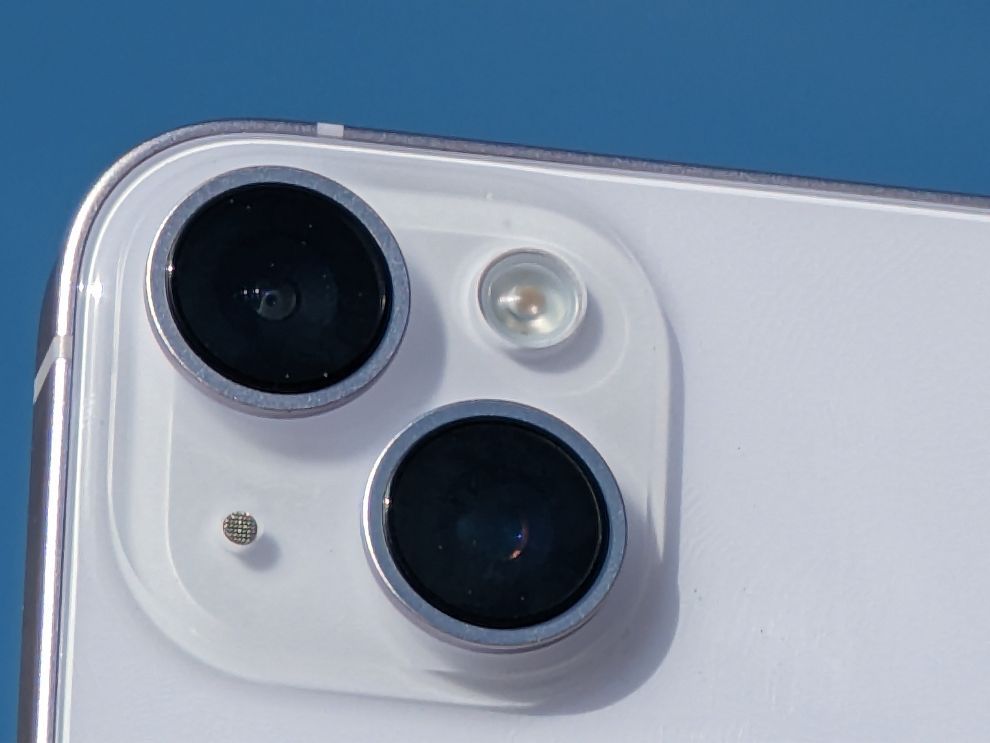 So in the camera department, we do get to see some meaningful improvements, despite the iPhone 14 actually using pretty much the same hardware as the iPhone 13. As such, we have a 12MP primary wide-angle lens that's sat next to a 12MP ultra-wide lens. The same as the iPhone 13, you say? Well, not exactly.

While the megapixel count of the lenses is the same, the iPhone 14 brings a bigger f/1.5 aperture and also a larger sensor for the primary lens which helps improve the low light performance on the phone. This is further aided by Apple's introduction of the new Photonic Engine, which Apple claims further improves low-light performance and colour reproduction on photos. 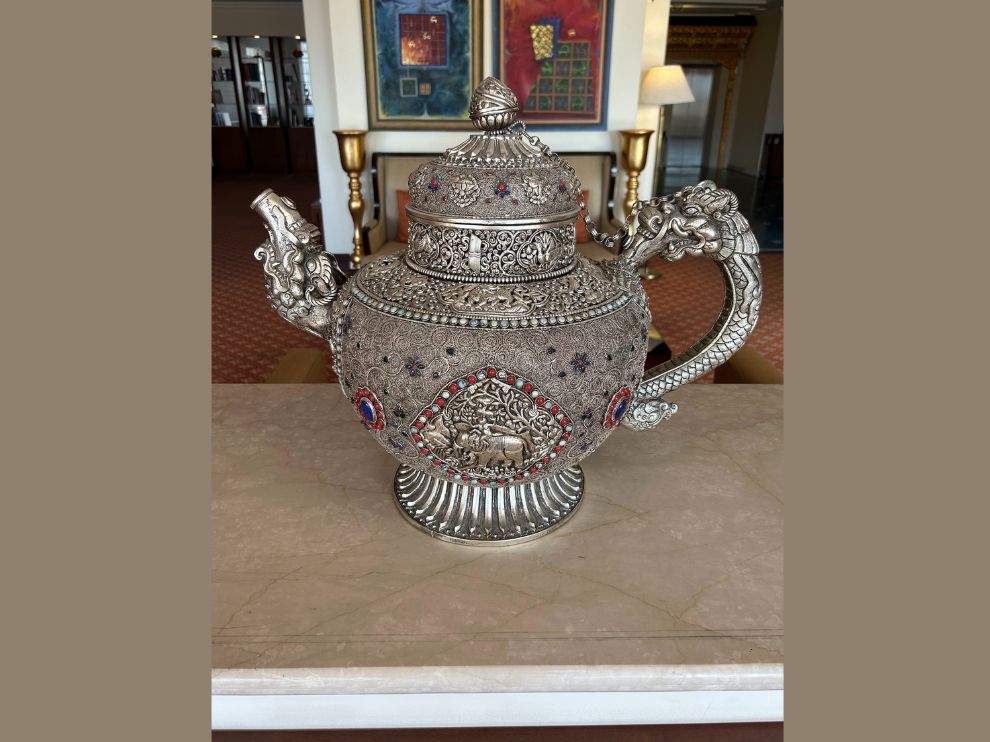 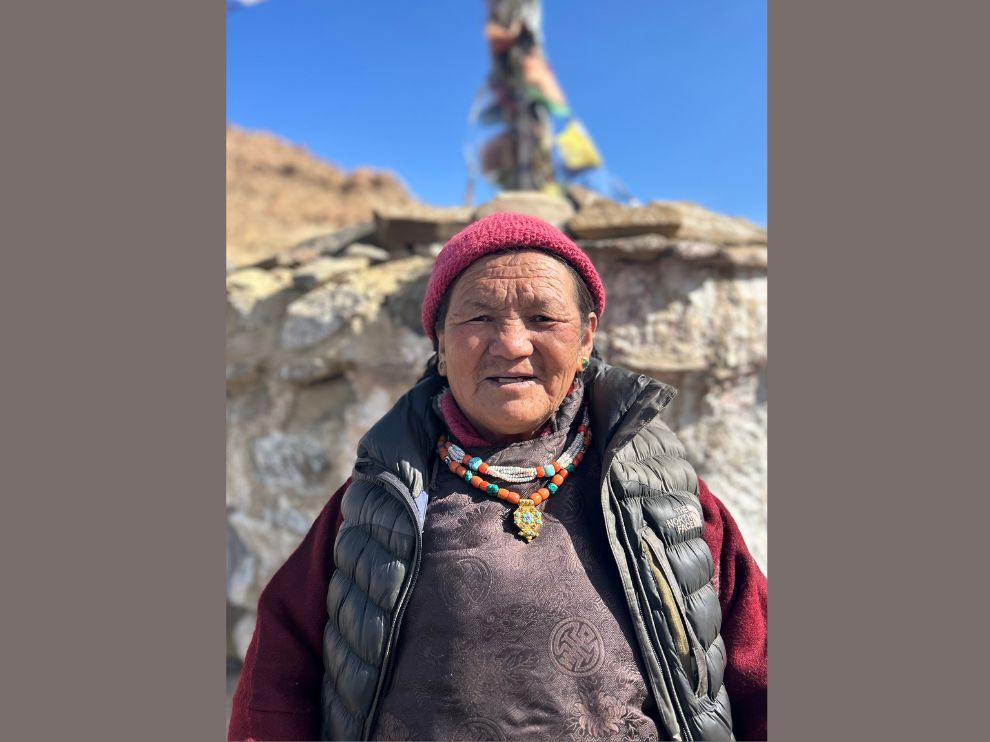 This is something we also found to be true while testing the cameras of the iPhone 14. In well-lit conditions, the pictures were sharp and packing plenty of details. The autofocus was on point, and the resultant pictures offered good dynamic range and close-to-life colour tones. All things also true for the iPhone 13. But, in low-light conditions, the iPhone 14 captured more detail and the Photonic Engine processed images also have less noise in them. 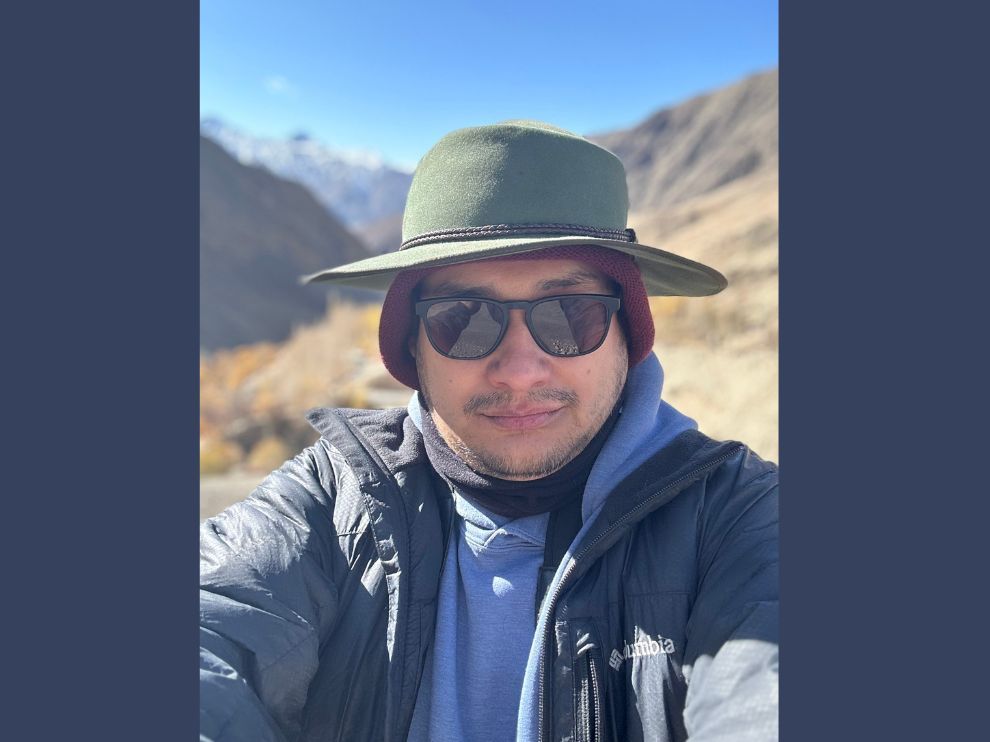 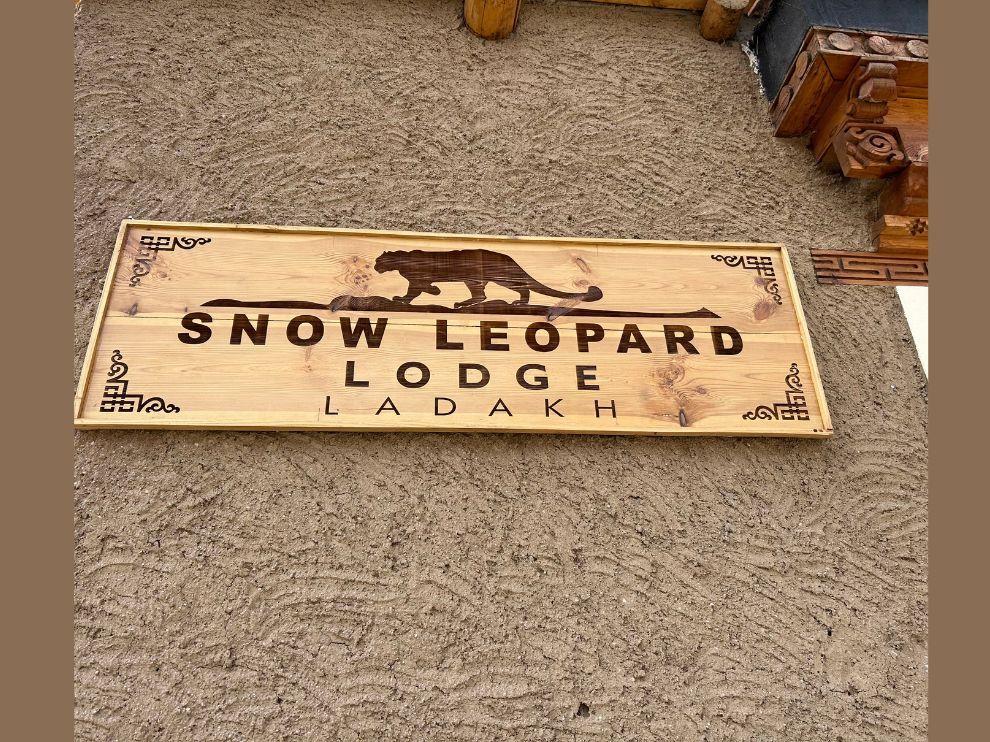 We also get some major upgrades on the front camera of the device, with the iPhone 14 getting a new 12MP TrueDepth camera with an f/1.9 aperture and autofocus. In our time with it, we found this camera to click some really good selfies with accurate skin tones and plenty of details. These images offer very little processing for colours, and end up looking very close-to-life. 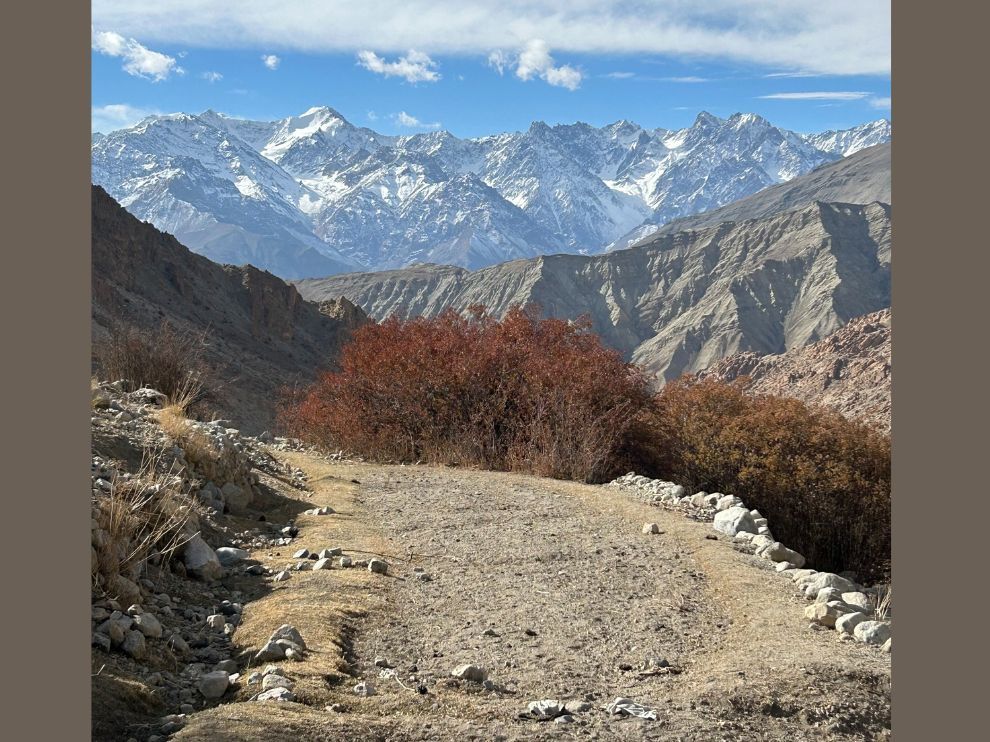 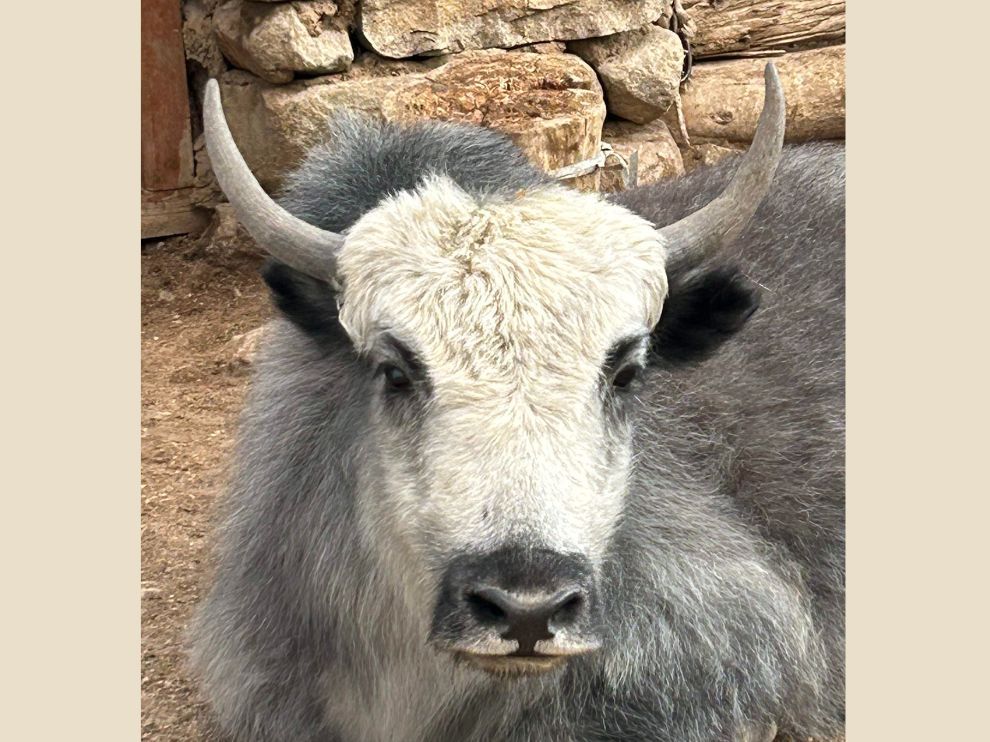 So should you buy the iPhone 14? The answer is a no if you already own an iPhone 13. At Rs 79,990, and some bank discounts are thrown into the mix, the iPhone 14 is definitely worth checking out. It offers very good cameras, powerful performance, a beautiful 6.1-inch Super Retina XDR display and a pocketable form factor.