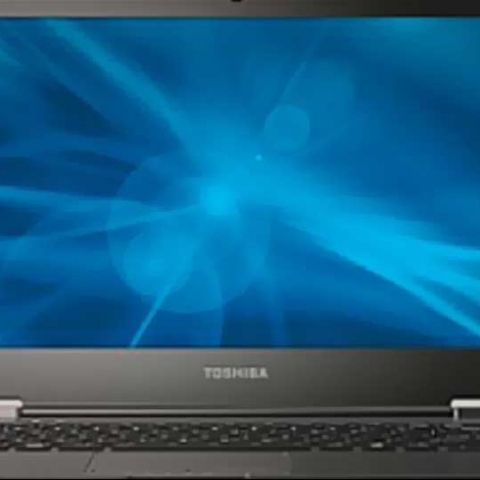 Yet another ultrabook arrived on the scene, and comes with excellent performance, and all things considered, is at par with the Lenovo IdeaPad U300s. The only thing letting it down is the price, and the HP Folio 13 takes the advantage of that, in terms of the value for money stakes. But the Portege Z830 shows that ultrabooks can still shed some weight!

Lay your eyes on the Portege Z830, and you can immediately liken this ultrabook to what the Lenovo ThinkPad is for the laptop world – matter to fact looks, that may even border on boring for some users. However, if the ThinkPad inspiration goes anywhere beyond the looks, this could just be one solid ultrabook.

Look & Feel
True ultrabook form factor – lying on the desk, it wont be a surprise if the notepad sitting next to it may be thicker. And it isn’t a surprise that this magnesium alloy chassis draped machine is by far the lightest ultrabook we have tested so far. Call it finding a niche amidst a niche. Port placement leans towards being inconvenient, since all except one USB port, are on the rear panel. The idea seems to have been to keep the sides as clean and slim as possible, and utilize the usually thicker area where the display hinge sits to place the ports. Acceptable logic, and probably it is just about getting used to this placement. In fact, my very first laptop back in the early 2000s had all ports on the rear panel as well! What the left side spine does have is the dual jack combo for headphone and mic, and an SD card reader. The right spine has the lone USB 3.0 port.

The brushed metal finish of the lid looks classy, but could have done with a slightly smaller Toshiba logo! The same theme continues for the palm rest and the area around the keyboard. The bezel, however, doesn’t have the brushed look – instead has a plain finish. The dash of chrome near the two edges of the display hinge adds a bit of shine to an otherwise understated design.

Is it just us, or does the touchpad or the area around it look a bit cluttered? Appreciate the generous real estate space, but the fingerprint sensor separates right click and left click keys. Interestingly, just below the touchpad are a bunch of LEDs indicating power and battery status, wireless connectivity etc.

If you have placed the Portege Z830 on your lap and are typing out a document, you will notice a very annoying display vibration at times – the hinge isn’t very taut. If you push the display a little further back, the problem does reduce considerably. But at the optimum display angle, you will ideally have to type less furiously!

Despite using all the right materials and ideas, the Portege Z830 doesn’t feel as premium as it should. Weirdly, there is nothing really wrong with the build quality or the materials used. However, it doesn’t take that extra step to move above from the classy look to a very premium look. Have a look at the image gallery below:

Also check out our video review of the Toshiba Portege Z830 :

Features & Performance
The Intel Core i5 processor clocking at 1.7GHz powers the Portege Z830. Most ultrabooks still seem to be dilly-dallying on whether 4GB of RAM is the way to go, or is it 6GB. Toshiba didn’t bother much with that, and the Z830 comes with 6GB out of the box. The series of benchmark tests clearly put this in a strong third place, with just 0.1 points separating this from the Lenovo IdeaPad U300s which in second place and the HP Folio being the clear leader. Clearly, the Portege Z830 is meant for everyday computing with a heavy dose of grunt. But gaming isn’t really its thing, but then again, it isn’t for most of the ultrabooks out there.

Performance wise, the Portege Z830 is an impressive package. The PC Mark scores peg the Portege Z830 just above the HP Folio. It is another matter that the MacBook Air with Boot-camped Windows gets a better score. For the graphics bit tested by the 3D Mark benchmark, it is no surprise that the Samsung Series 5 gets the highest score – it has a dedicated ATi graphics solution. The Toshiba Portege Z830 is a solid second.

When not stressed, the Portege is as silent as a church mouse. Stress it a bit with some intensive tasks (we did a lot of that during the benchmark tests) and the fan roars into life. We have cribbed about most full-fledged laptops not having enough vents to keep them cool, and the situation has become a bit worse with the even slimmer machines compromising on the ability to keep cool. You might want to use this with a cooling pad as far as possible. Particularly of you are going to use this on your lap.

The 13.3-inch display has a 1366 x 768 pixel resolution, but the real goodness is the non-reflective nature of the display. It is the second straight notebook we have tested that has a non-reflective display, and we are happy that this is becoming the new trend. Viewing angles are far improved than what a reflective display will offer. The brightness of the display is quite good, but does lose out a bit in terms of the black level depth. Having said that, the text is quite crisp and comfortably readable. For HD video playback, the Portege Z830 handles even 1080p video playback with ease, with the only niggle being a slight motion blur in fast moving visuals. Adding the sound bit to it, the integrated speakers are quite loud, and do retain a decent amount of clarity till about 70% volume.

The review unit sent to us came with a 128GB SSD. In this day and age, we recommend SSDs primarily for two reasons – very quick windows boot/wake up times and less moving parts that could lead to a possible failure of the drive.

While the keys aren’t bigger, they are definitely wider. This gives the island styled keypad a full-ish feel. But like most of the ultrabooks out there, the keypad is a bit noisy when you are typing furiously on it. Very comfortable though, but the wider keys take some getting used to. However, not all keys are on the same level, with the direction keys are placed slightly lower than the rest of the keypad. The touchpad is nice and big – the real estate is comfortable for the most part. However, we did not like the right click and left click keys, which take a bit more effort than a simple tap to respond. With the biometric sensor in the midst, it just looks a bit cluttered.

Battery life was pegged at 2.5 hours in our battery tests, but will be about 3.5 hours if you use it judiciously with the brightness turned down. It is actually a surprise that none of the ultrabooks we have tested come even close to offering the kind of battery like a MacBook offers when running Snow Leopard or Lion. Just to see what the issue really was, we installed Windows 7 on the MacBook Air, via Boot Camp. When running OSX Lion, this offers anywhere 5 hours to 7 hours of battery backup, depending on the usage pattern. Once Windows was installed and the battery completely, we began the battery test! Not surprised to see that even this otherwise excellent battery run dry in 3 hours and 2 minutes. Blame laptops or ultrabooks for bad battery life? We believe the blame lies elsewhere!

No shortage in terms of the amount of ports on offer – 3 USB including one USB 3.0 one, full size HDMI and Ethernet ports and an SD card slot.

Like most new laptops these days, this one also comes with a bunch of preloaded software. We aren’t very appreciative of this fact, particularly when a limited time version of an antivirus keeps bugging us about registration etc. For any backup and restore utilities, we believe it would be ideal to point the user to the support website, where anyone interested can download. For most of us, we would prefer a completely clean Windows installation on our new laptops.

Our Take
This is one ultrabook that costs a lot more than most of the rivals, but justifies that to a certain extent with the performance on offer. Benchmark for benchmark, the surprisingly powerful Portege Z830 fights with the HP Folio, Lenovo Ideapad and the Asus Zenbook. But you do pay a bit of a premium for buying a slimmer than the slim ultrabook.