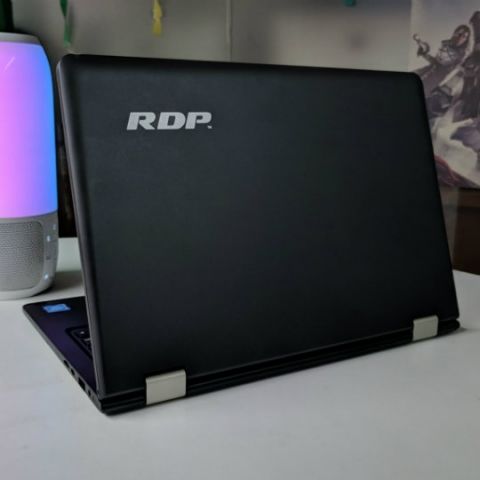 The RDP Thinbook 1110 is definitely cheap, but that’s about the only thing working in its favour. It offers poor performance and is largely unusable.

At Digit, we get a lot queries for laptop recommendations under Rs. 20,000. While there are plenty of machines in this range, it’s tough to recommend any of them. Sometimes the display is not good enough, while performance just won’t cut it in some. To be fair, a sub-15K laptop leaves little room for decent (or powerful) specifications. Still, with growing demand and steady drop in hardware prices, the Indian laptop market now offers various options in the sub-15K segment. One such laptop is the RDP Thinbook 1110. It has an MRP of around Rs. 18,000, but is currently available at Rs. 13,999. Let’s take a look at what it offers. 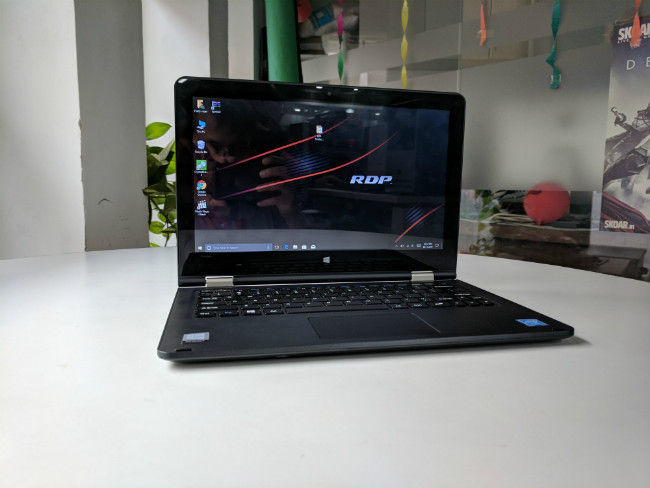 Build and Design
The RDP Thinkbook 1110 is not a very expensive laptop and it shows right away. It is made out of plastic and not a very good one at that. All panels on the body have varying degrees of flex, with the exception of the display. The display does not have any discernible flex since it is a touchscreen unit and features a glass touch panel. This also means that the unit is a little top heavy and the base lifts up from the desk as soon as the display is tilted beyond 120 degrees. That’s a problem because that makes whole rock up and down once you lift your hands from the keyboard. 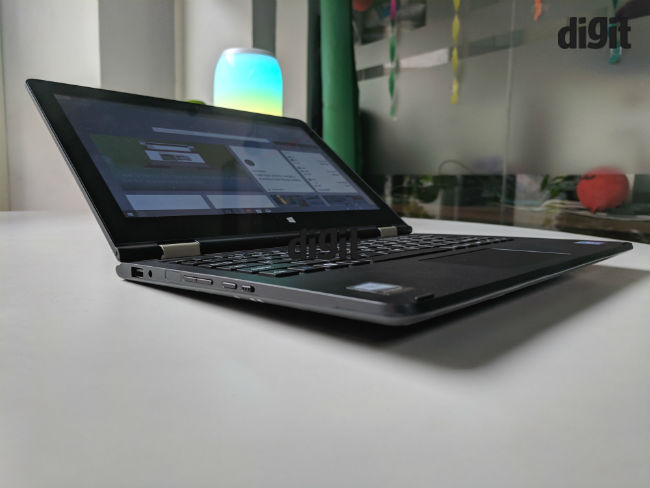 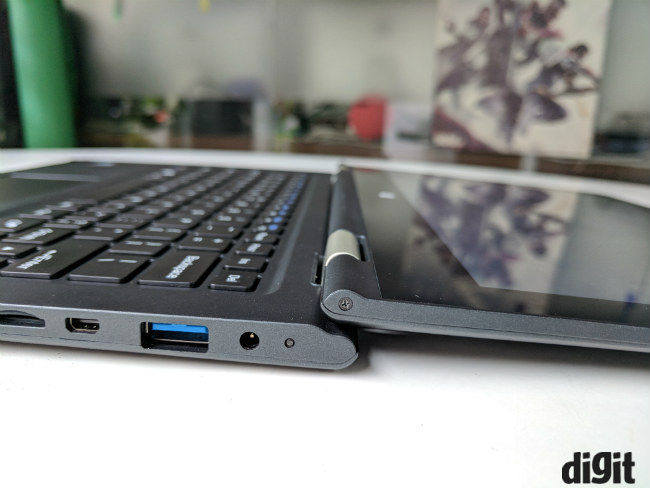 All this seems rather unconvincing for any and all plausible buyers, even when you consider the ultra-affordable price, which is now easily matched by many of its peers, like Acer Switch one and Micromax Canvas Laptab. 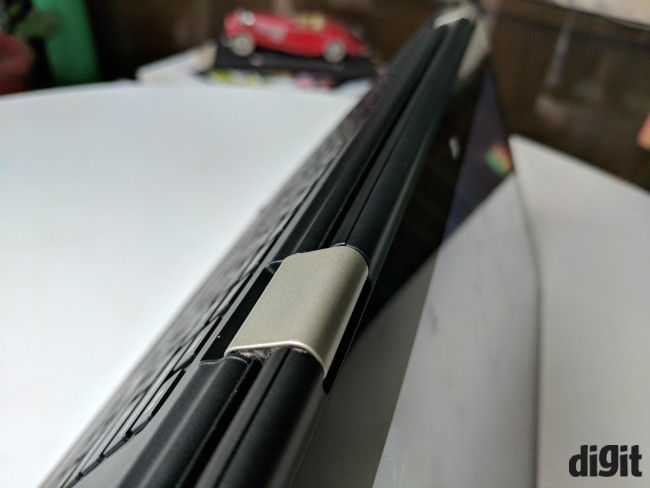 Display and ports
If you go by the images on the company’s website, the display on the Thinbook 1110 should have thin bezels, but in reality that isn't the case. The display has thick bezels all around and the display quality can only be called sub-par. The colour fidelity of the 11.6-inch laptop is bad and it has very limited viewing angles. This becomes quite apparent once you use the laptop in portrait mode as a tablet. In portrait mode, the display puts a lot of strain on your eyes and we would advise against using it in that mode, even if you end up buying this laptop. 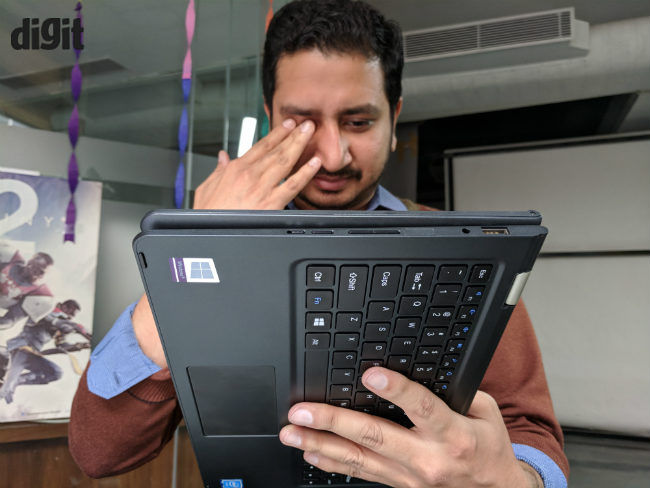 Since it is also a touch-sensitive display, you can use it to browse the web or in various other “convertible” positions. While touch response is reasonable, it is the unusable performance of the machine that lets you down, but more on that later.

RDP has however given some thought to the port selection. The machine offers a USB 2.0 port on the left side, along with a headphone and microphone combo. The right side of the laptop has a microSD card slot, micro HDMI port and surprisingly a USB 3.0 port. 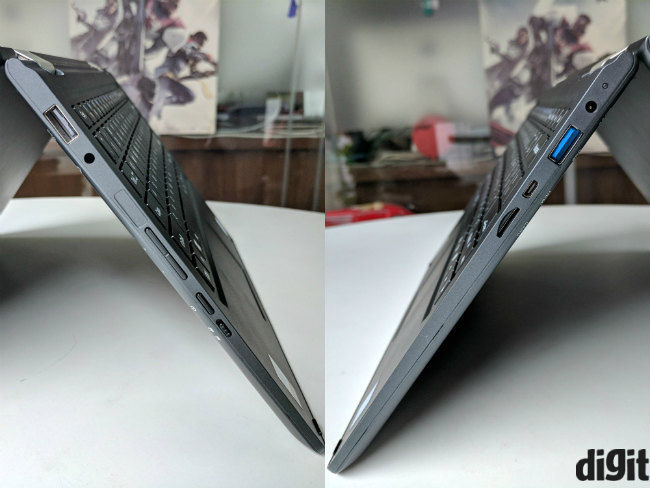 Keyboard and Touchpad
The keyboard on the machine is just average and can be considered at par with most sub-15K laptops out there. The keys on the chiclet style keyboard offer uneven travel distance and aren’t very precise. The keys are also smaller than a regular style keyboard and may get some time to get used to. This could be a major issue for touch typists, though we doubt touch typists will be looking at this laptop. The keyboard is also devoid of some major shortcut buttons. There is no brightness toggle on the keyboard itself. In its place, it has a dedicated settings shortcut, which seems unnecessary. 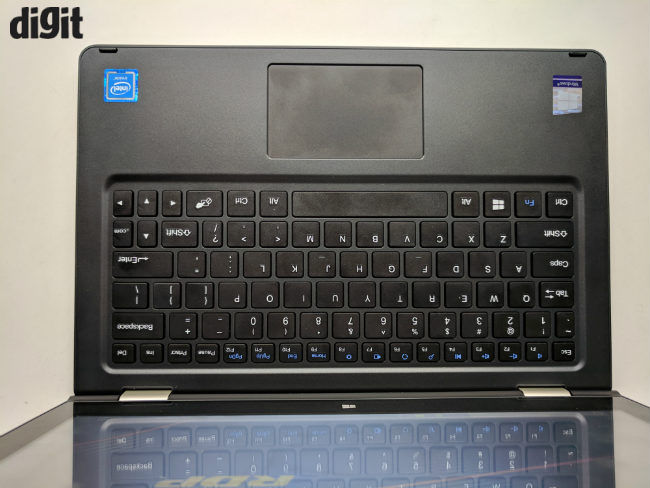 Below the keyboard, there is a small touchpad which does not track well, has no palm rejection and gets activated at times when it is not even in use. As for gestures, those are also not supported and robs users from navigating Windows 10 quickly. In our week long testing period, the two finger scroll worked just once. As for the left and right keys, they work well, but have a short click and inadequate feedback, which is disappointing, even at its price

Performance
While the specification sheet seems like a list of compromises made to meet the budget, the performance of the machine is by far the worst we have seen this year. 2GB of RAM is too low to run even the 32-bit Windows OS and at ideal, with no active applications running, is 50 percent used. The situation worsens as soon as you start using the Chrome browser. In our tests, the quad-core Intel Atom processors hit its limit with just five tabs open on Chrome. Needless to say, that 2GB of RAM was also running at full capacity, making the machine extremely sluggish. You can get away with more open tabs on Microsoft’s Edge browser, but even then the laptop starts to slow down. 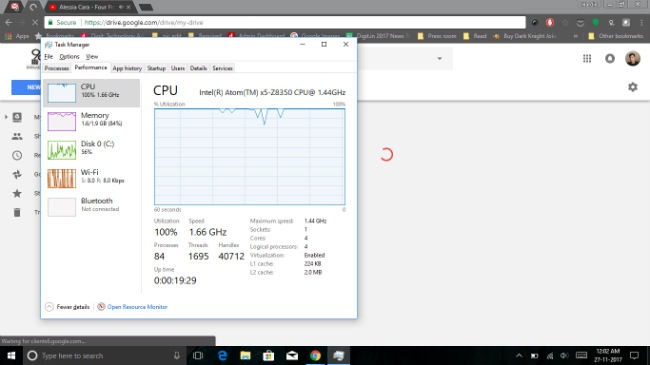 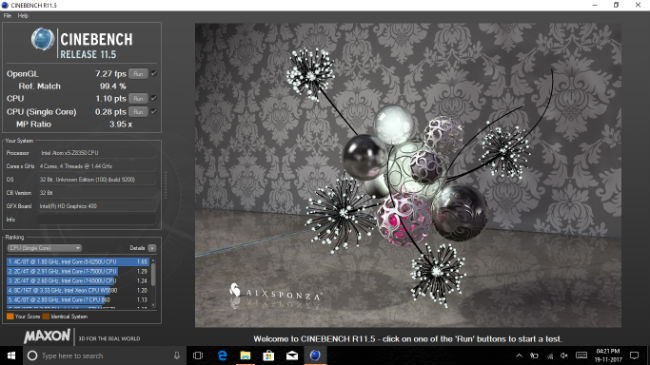 Using the laptop in the tablet form factor is a similar pain. That being said, you can stream content up to 1080p on the laptop, which is played with some stutters. Streaming video content in 720p is not an issue unless you have other tabs open in your browser. The touch response seems inadequate because of the slow processor and you end up tapping a menu or shortcut multiple times before it opens. 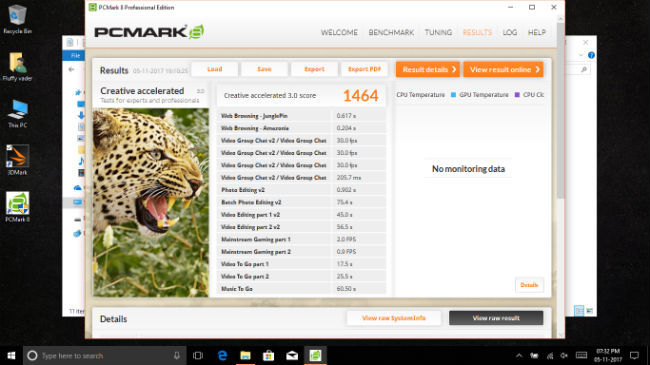 As for storage, you get 32GB eMMC memory at your disposal, which is one third full when you’re pulling this laptop out of the box. That leaves little space for any other applications you might want to install, including essentials like Microsoft Word.

Battery life
The only good thing on the RDP Thinbook 1110 is its battery life, which with a 2W (SDP) processor and a small touchscreen, goes on for about five-six hours with its limited performance. That being said, it is still average performance compared to what we have seen thus far. The 30.4Whr battery is literally taped onto the chassis, and takes a long time to charge with the supplied 5W charger. You will also have to sit really close to the power outlet once the system is in charging, as the cable is just 4 feet long compared to a normal 8-10 feet charging cable available with most laptops today. 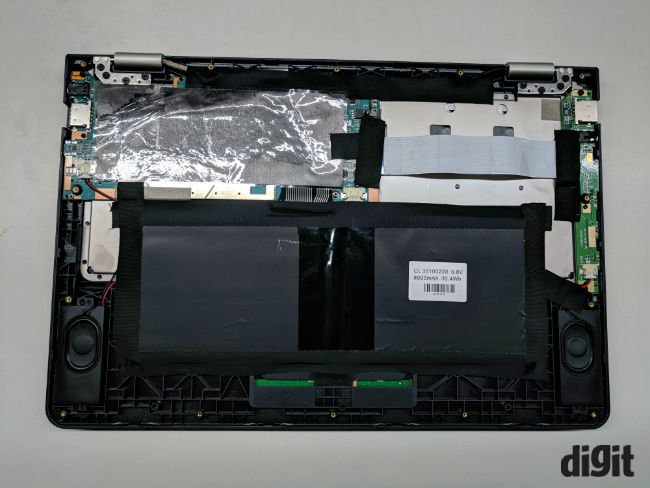 Bottomline
The RDP Thinbook 1110 then is a laptop you shouldn't buy even if you are on a low budget. Its performance is difficult to cope with, the build quality and touchpad have annoying issues, the keyboard is average and so is the battery life. The convertible function is also rather stunted due to the sub-par viewing angles of the display. The only aspect where we feel the laptop comes at par with its peers is the port selection, but that doesn't change the fact that the RDP Thinbook is a poorly executed laptop.