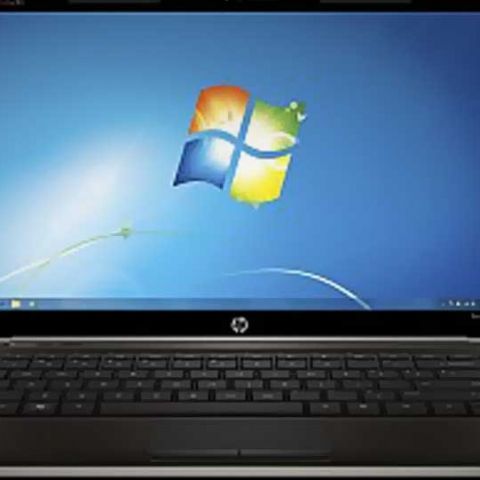 The HP Pavilion dm4-3010tx has been in the market for quite a while now, but from what we have seen, it is one of the better options. Despite being on Sandy Bridge, the performance is actually quite good. But the real cherry on the cake is the very good battery life. Remember this is not an ultrabook, but still maintains a lean form factor with the 14-inch display. Consider this if you need a quick machine, arenï¿½t craving only the latest hardware and want to game a bit.

The HP Pavilion dm4-3010tx has been around in the market for quite a while now, and we usually don’t review products after a certain time period. However, the popularity of the HP Pavilion dm4 is quite clear, by the sheer number of reader queries we get about whether to buy this or not. Hence, on popular demand, we decided to run this through our detailed test process, and see where it stands.

Build & Design
The HP Pavilion dm4 has a lot going for it in the looks and ergonomics department. Just like the Pavilion dv series, the Pavilion dm series also has the generous dose of brushed metal across the chassis. The colour isn’t exactly the dark black we have seen mostly on notebooks, and the slight leaning towards a dark brown colour tone does look very good.

No gaudy elements to this laptop - excellent sophisticated look.

While the lid and the palmrest have the metal finish, the bezel has the glossy cheap plastic that makes us wonder what the designers at HP were thinking. Why ruin the look of what is a perfectly classy looking laptop.

This is the thing with most laptops – they are thicker at the back and slimmer at the front. This makes port placement on the two sides easier, and it makes very comfortable to type on, with the slight incline change. Even though the HP Pavilion dm4 is a pretty much a full sized laptop, the weight does remain well in check – just 1.97kg. Incidentally, a couple of ultrabooks are heavier than this one!

No, this is not an HTC phone, but the Beats Audio branding is now here as well

Overall, the HP Pavilion dm4 is a very good looking laptop, which does so while remaining very understated and has that aura of sophistication. The fact that it weighs very similar to some ultrabooks gets it some good points in the build quality score.

Features & Specifications
Despite keeping its dimensions well within check, there is no shortage of power for the user. The processor in this machine is the Intel Core i5 – 2450M clocking at 2.5GHz, and paired with 6GB of RAM. While the power package is the Sandy Bridge version, we don’t see any issue with the performance, as we will illustrate in detail in the Performance section. For the graphics bit, there is the AMD Radeon HD7470M (1GB) graphics. But before you get your hopes up, let us just say that the gaming performance is decidedly mid-range and will be good enough only for the occasional gaming.

The power key, and one quick access key for web browsing. The Fn keys are primarily task keys, with the Fn functions secondary.

The 14-inch display of HP Pavilion dm4 has a resolution of 1366 x 768 pixels. Pretty much standard fare, but what impresses us is that it isn’t as reflective as some of the rivals’ displays. Viewing angles are quite good, and should be comfortable to use in a typical home or office scenario at 30% brightness. Colour reproduction is okay, but there seems to be a reddish tinge. Blacks are darker than we had expected, and colour doesn’t feel washed out when the brightness is turned up. Very crisp display though, which makes us feel that this will be better for reading text on, than for multimedia, at least any more than just the occasional movie.

A very comfortable keyboard to use, and despite the fact that we were switching over from a MacBook, it took much less time to get used to the HP Pavilion dm4 keyboard than it does to certain other ones. The function keys are by default, set for tasks like brightness tweaks, volume control, etc., and we don’t really mind this at all. It just makes certain changes quicker, without needing to press multiple keys. At the end of the day, how much do you actually use the function keys as compared to let us say changing the volume or controlling the media playback, or even tweaking the brightness levels.

Unlike most laptops, the major outlet vent is on the left side, along with a bunch of ports.

The HP Pavilion dm4’s touchpad itself is big enough to be used comfortable for gestures like two finger scrolling. The response is quite assured, and very consistent in terms of detecting pressure applied. However, while we appreciate the separate left and right click keys, what we don’t like is the slight design curve given to these keys, and there are times when your finger cannot really identify the position, without you having to look down on it.

This is a forgotten feature with the newer range of laptops and ultrabooks, but the HP Pavilion dm4 still lets you configure the integrated fingerprint reader for additional security.

The HP Pavilion dm4 comes with a 750GB hard drive, three USB ports – one USB 2.0 and 2 USB 3.0, HDMI out, an optical drive and Windows 7 Home Premium (64-bit) preloaded. HP had given this range the Beats Audio goodness, but it is a bit of a “back to earth” experience if you have gotten your hopes too high. We have said it all along with HTC smartphones as well – Beats Audio doesn’t make too much of a difference. The HP Pavilion dm4 proves that easily, by offering sound quality very similar to the rest of the mortals in the same price category. If you are watching a movie on the dm4, would be better off using a good pair of earphones or headphones, than the built-in speakers!

Well spaced out keyboard with the metal to add to the solidity to the chassis.

Performance
As we had mentioned before, the HP Pavilion dm4 is powered by the Sandy Bridge series of processors. Incidentally, this has the same processor as the Sony Vaio E-series SVE14A15FNB laptop that we reviewed recently, but the Sony has 4GB of RAM while the HP has 6GB of RAM. The Toshiba Satellite L580 is also available in a similar price bracket, but has the Ivy Bridge Core i7 and 8GB of RAM.

In terms of the benchmark scores, the HP Pavilion dm4 does put up a rather brave front. In the PC Mark Vantage test, the Pavilion dm4 scored 6991 while the Sony Vaio scored a slightly higher 7039, and it wasn’t a surprise that the Toshiba has the march with a score of 9254. The dm4 fights back in the PC Mark 7 benchmark with a score of 2466, while the Sony clocked 2219 and the L850 wasn’t too far ahead with 2649.

Yes, there are still people in the world who find utility in an optical drive!

In terms of how the three laptops feel in a real-life usage scenario, the Toshiba does have a serious advantage particularly when you are opening lots of software, and the taskbar is usually full! Sony’s Vaio E-series takes a serious beating, but for no fault of its own, but because of all the crapware that Sony preloads the machines with. Better off you completely reinstall a clean version of the OS, if you do buy it. The HP Pavilion dm4 does slot in comfortably between the two. While it is an older gen processor, it is by no means sluggish. There is 6GB of RAM to help it along, and that helps immensely. HP seems to have learnt that preloading the machine with too many trial software doesn’t help, and while the issue hasn’t completely gone away, it is much better now.

Yes, this is a fingerprint reader!

In terms of battery life, the HP Pavilion dm4 does have a lot going for it. In our stressful battery benchmark test, this one lasted 190 minutes from full charge to full discharge. Essentially, that is almost 3 hours in the test, and in a real world scenario on the move, this should be able to last around 4.5 hours without any issues. In contrast, the Sony Vaio E-series scored 2.5 hours in the battery test, which is a clear second in this competitive trio. The Toshiba Satellite lost out a lot of points in terms of battery backup. It barely managed to touch the 2 hour mark in the battery test, and we wouldn’t expect it to last more 3 hours on a single charge.

Bottom Line
For around Rs. 48,000 to Rs. 53,000, you will able to purchase the trio of notebooks (HP Pavillion dm4, Sony Vaio E-series, and Toshiba Satellite L580) we have compared in this review. Which one you pick will depend on what you need the machine for. If battery life is critically important for you, go for the Pavilion dm4. Also, it comes with a cleaner Windows out of the box than the Vaio, and should be ready for action straightaway.

The HP Pavillion dm4’s performance is surprisingly punchy, and with such a battery life to boot, we would recommend the very capable HP Pavilion dm4 still, even though you have the Ivy Bridge powered Toshiba Satellite L850, which would be a very good desktop replacement and nothing more, in the same price bracket.