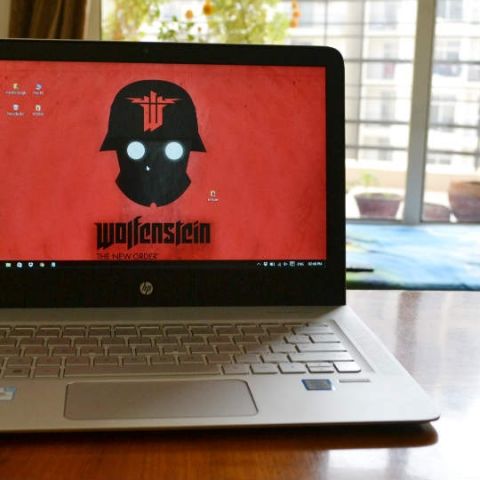 The HP Envy 13 is definitely a good laptop. Offering an all aluminum build, a beautiful matte display, good performance and a commendable battery life make it a very likeable package.

If you are out in the market to buy a powerful ultrabook, and Windows is the operating system of choice, there are only a handful of options available. There is the very dashing Dell XPS 13 and then there's this — HP Envy 13. It’s slim, it’s powerful (at least on paper) and is the more affordable among the two, but is it better? Well, I used the laptop for about a month and tried to find out if the HP Envy 13 is really the laptop which can give the Dell XPS 13 a run for its money. 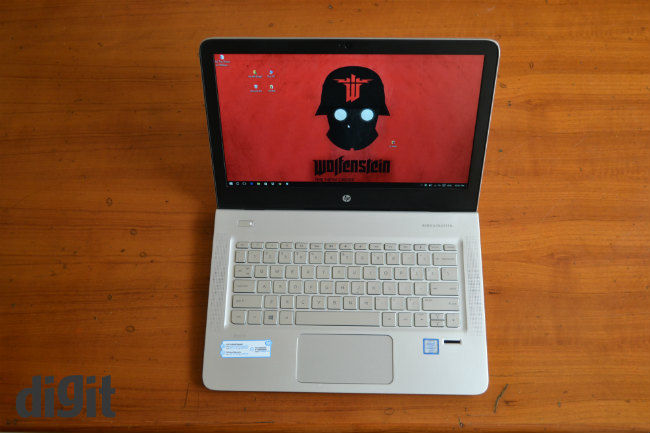 Design and Build
While Dell has taken a fairly new approach to design and more importantly the display, HP has kept the design rather simple, offering a look, very similar to the Apple Macbook Air. The all aluminum build is brushed and looks really beautiful from whichever angle you look at it. It is also the slimmest laptop HP has ever made and is just 1.29cm thick. This in tandem with the lightweight aluminum body means, it weighs just 1.27Kg. Also, unlike the HP Envy 14 I reviewed earlier, all panels including the base cover are made of aluminium. 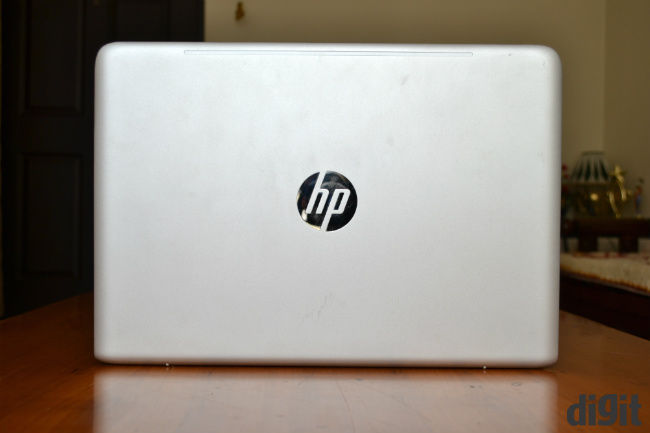 On the upper side of the base there are two rubber feet and a rubber strip runs across the bottom. These provide a very reliable grip to the laptop. Opening the lid, small rubber feet beneath the display kick into place, raising the bottom half of the laptop and giving users a slightly raised keyboard. This is good for typing. Ventilation grill is kept very discreet and the exhaust is skillfully hidden below the back ridge. I would also mention that the reworked hinge makes opening or closing the lid a very satisfying experience. 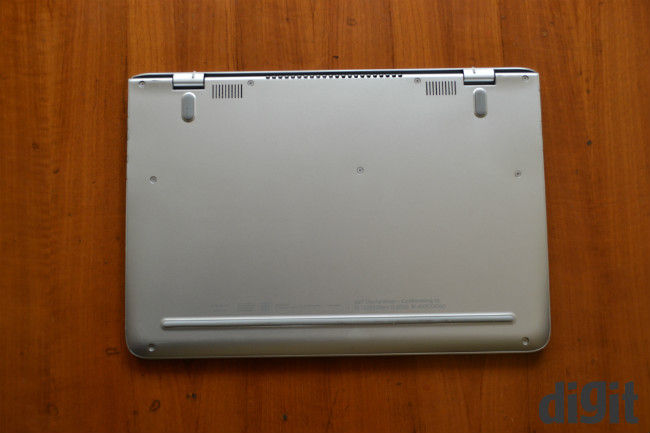 On the I/O front, the Envy 13 covers all the basic ports. On the left side, it has the hole for a Kensington lock, a SD card slot, 1 USB 3.0 port and a headphone/mic combo jack. On the right, it has the power connector, HDMI Port and two USB 3.0 ports. The left side USB 3.0 port is always powered and can be used as an external battery pack for other devices, even when the laptop is in sleep mode. 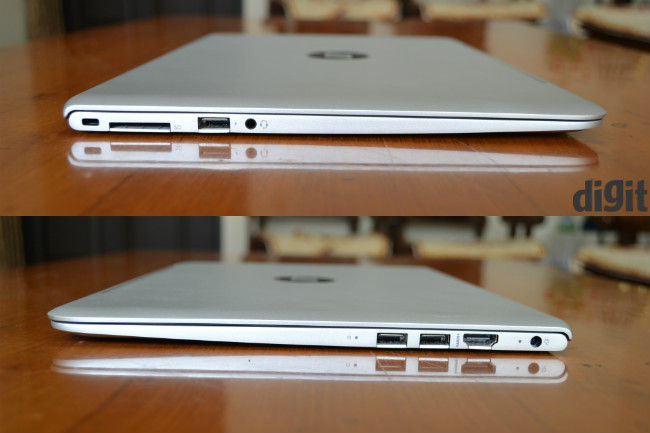 Display
Open the lid and you will find a beautiful 1080p display. The matte coating makes it much better and easier to use. Viewing angles are great and thanks to the matte coating, legibility under direct sunlight is much better than laptops with glossy displays. Compared to the Dell XPS 13, the display quality on the HP Envy 13 is slightly lower as the black levels and contrast levels are better on the former. I would like to mention that HP does make a different variant of the laptop which offers a 2K panel, but sadly it is not available in India. 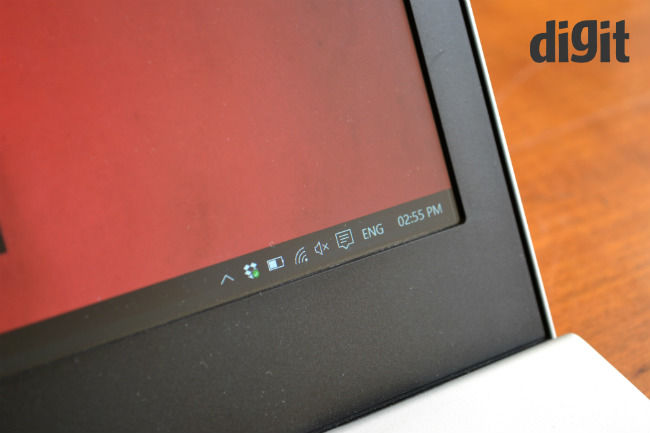 Keyboard and Touchpad
The compact chiclet type keyboard offers a decent typing experience. The layout and key spacing is good enough but the key travel is shorter than I expected. This doesn't mean that it is bad, it is just that, it could have been better. If you are over enthusiastic while you type, you might also find a slight flex in the keyboard as well. Another likeable feature is that the keyboard is backlit and the function keys can be used directly. A few keys such as home, end, page up and page down are adjusted on the arrow keys which is fine on smaller laptops such as this. 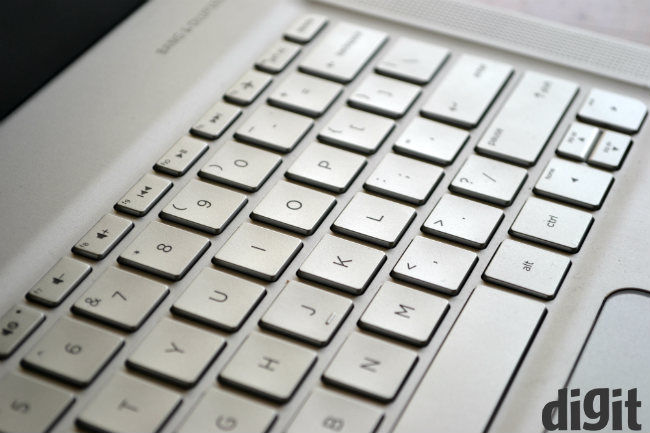 Below the keyboard lies the wide touchpad, which like the keyboard is good but still slightly flawed. The smooth touchpad supports all kinds of Windows gestures and is pretty accurate throughout. However, One odd thing I noticed is that occasionally it becomes completely sluggish or unresponsive. I believe, it is a software issue and HP would be able to fix it with a quick update. Another feature worth mentioning is, while the left mouse click works almost on the entire touchpad except the top portion, the right-click works on the bottom right corner only. 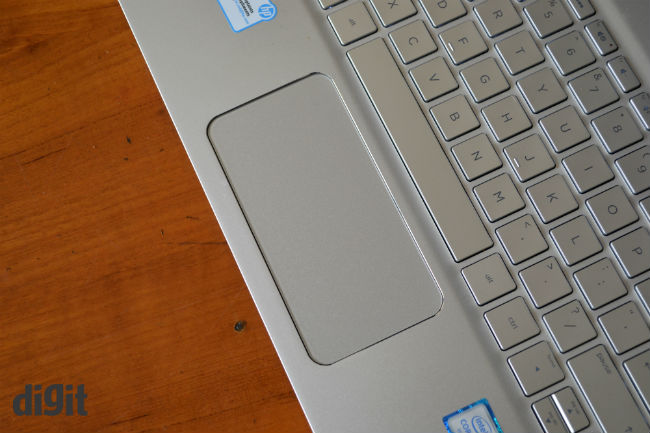 Performance
The HP Envy 13 is powered by an Intel Core i7 processor, to be precise the 6500U. Coupled with 8GB of RAM, the laptop churns out a good performance. I used the laptop for around a month and simply put, it is a joy to use. The processor is fast enough to handle almost anything you might want to throw at it — multiple chrome tabs in multiple windows, 8GB+ Full HD videos and even less demanding games such as Hotline Miami and Dota 2 ran surprisingly well at medium settings. Good thing is, it dosen’t get extremely hot during the mentioned tasks. The ideal average temperature remains around 32 degree celsius and under load, around 70 degree celsius. Both numbers are well below the normal threshold.

Adding to that, the 256GB Samsung made M.2 Sata III drive offers relatively fast boot times. The read and write speeds are quite good as well. The on-board fingerprint scanner is accurate and works 9 out of 10 times. The Envy comes with a 720p camera above the display which is acceptable at best.

The Bang and Olufsen stereo speaker setup is present across the Envy range and this is no different. The dual speaker setup offers good audio quality, but they are not that loud. Audio output via the headphones is also enhanced and can only be described as “one of the best in the market”. 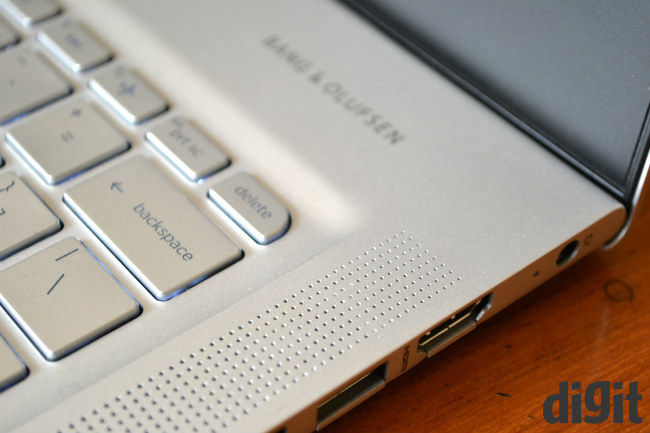 Battery
Battery life is also good on the laptop. Once, charged, the HP Envy 13 is able to last for about 8-9 hours on normal loads such as browsing or Microsoft Office. The battery life is decreased to about 6.5 hours if you are watching Full HD movies (we tested this, using a 8.3GB file). This is good but compared to the competition, mainly the Dell XPS 13 or the Apple MacBook Air, the HP Envy 13 loses by a small margin as both these laptops offer 10+ hours of on-time between charges. But then again, the HP Envy 13 is slimmer than either of its two main rivals.

Bottomline
The HP Envy 13 is definitely a good laptop. The all aluminum build, a beautiful matte display, good performance and a commendable battery life make it a very likeable package. There are a few rough edges such as the slightly flawed touchpad and the not-so-impressive camera but considering its price, the HP Envy 13 offers much more for less. However, I would still say that if the battery life could have been better and if HP would have considered bringing the other variant of the Envy 13 with a 2K display to India, the competition would have been levelled. All in all, the HP Envy 13 is definitely worth buying if you are considering a powerful, ultraportable laptop.