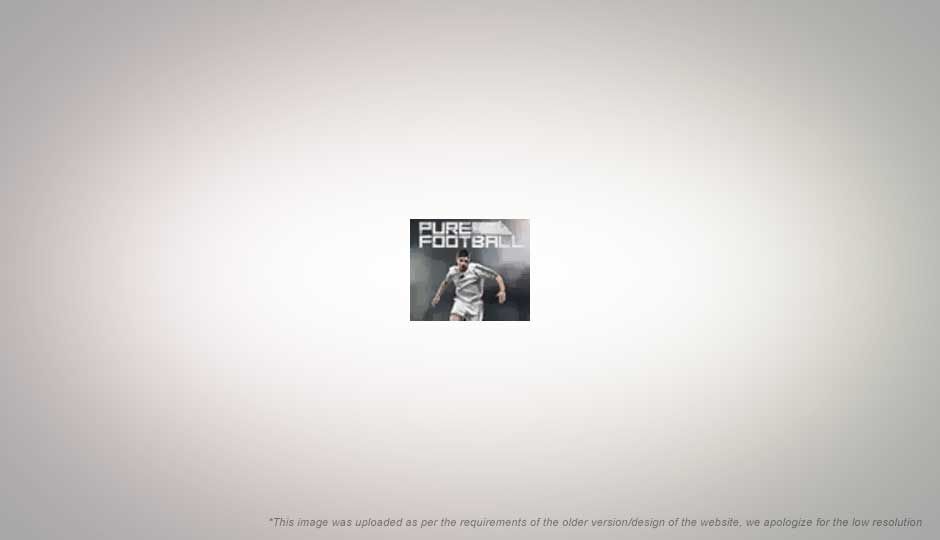 Pure Football is a display of stifled potential

Pure football presents itself as a mixture of professional football and its street version—a game that is as much about street-credit as it is about winning a serious championship. It appears that the game is trying to earn its distinction among the ranks by being a concoction of all other football games.

This game has 17 national teams and three “Legends” teams featuring the old gods of the sport. The matches are played with five players a side in a small football arena and the control scheme is pretty much like FIFA or PES. Understandably, the offside rule has been eliminated and players do not get booked or sent off. Instead, the game has a penalty meter that fills up each time a player commits a foul. When this foul meter is completely filled up, the opposing team gets a crack at your goal through a penalty kick. Each team has a goalkeeper and four outfield players that can either be all strikers, midfielders or defenders; or any combination of the three. 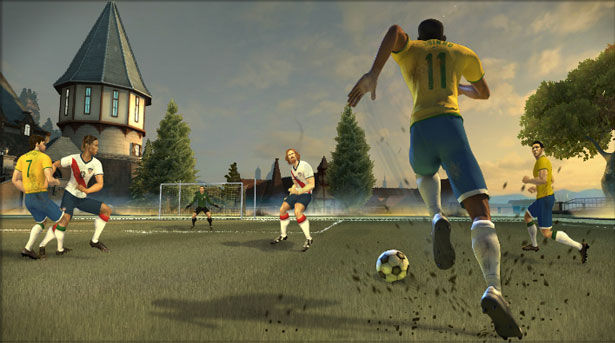 There are no half-time breaks or substitution opportunities and the rules of winning the game can different each time. For starters, there are traditional timed-matches where the team leading on the scoreboard at the end of time wins the match. If the scores are still tied by the final whistle, the game goes into penalty shootout to decide the winner. Besides this, matches can also be played with different parameters for victory. For instance, the first team to score three goals wins the match or the team to reach a goal difference of two is the winner. To its credit, this is one thing in the game which makes it feel like street-football, and invariably it also keeps things fresh and interesting.

A huge chunk of the game is the single-player campaign mode which is mixture of “Be a Pro” and “Manager Mode” of FIFA games. The campaign starts off with a team creation process of deciding the team’s name, emblem and kit. This is followed by creation of a new player who will serve as the captain of the team, whose starting stats will depend on the playing position you choose. Finally, the team creation process will let you pick the starting line-up and reserves from an initial pool of players. 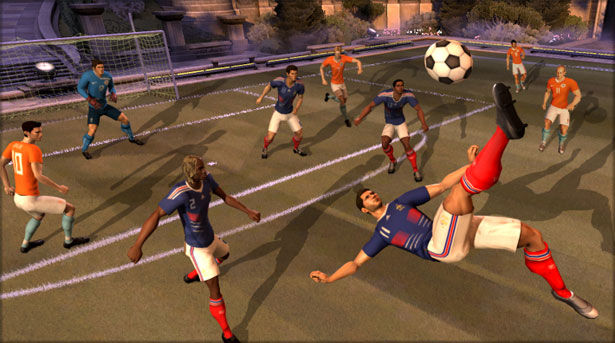 Campaign mode is a 28 day contest against 17 national teams to climb up the team leader board ranking. Towards the end of this contest, you get to have a crack at the championship if your team is somewhere in the top eight. Journey to the championship spans the globe, playing single matches and tournaments against increasingly skilful teams. Good results means you move up the team ranking, recruit new players for your team and upgrade team captain’s abilities. 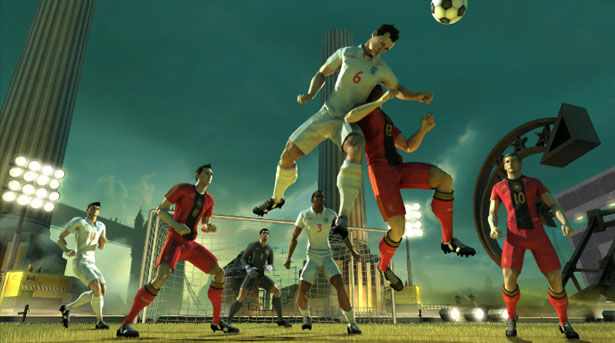 There is a whole lot you can potentially do on those 28 days—starting with achieving weekly objectives and earning the right to go up against a legendary team. Playing the match within certain parameters unlocks new players for transfer to your club. For instance, executing 15 successful tackles in a certain match against Italy unlocks centre-back Cannavaro for team transfers. Locked venues can only be unlocked by winning a set number of events in other venues. At end of an event—irrespective of the result—the game calendar moves to the next day.

Besides the campaign mode, there is little else to do in Pure Football as the only other single-player game mode is the customary exhibition matches. The game supports offline multiplayer between two to four players and online multiplayer supports only two players.

Restricting the campaign mode to just 28 days hurts the game more than it helps. This is nearly not enough time to unlock all the venues and players, and beat all the challenges. At the end of 28 days, the game locks you out of that particular campaign and there is nothing you can do to further strengthen your team. This leaves the only option of restarting the campaign with new team and hope to do better than last. 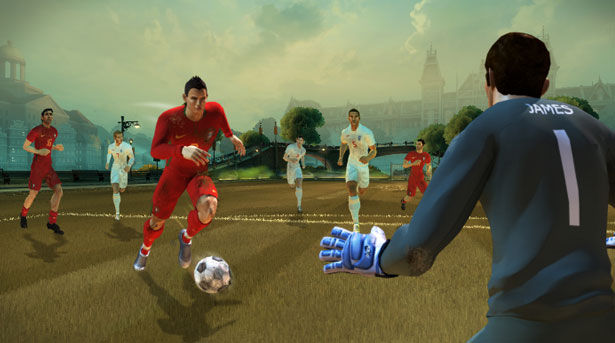 Game-play is heavily dependent on timing with the shot and cross meters, rather than strategy or tactics. Opposing AI becomes too predictable, too soon and as the entire campaign can be played on a single strategy. The developers have used motion-blur and dynamic cameras to give emphasize the feel of close-up action and the art-style lends itself well to the game’s intent. However, with very little in actual game-play to support the art, it all comes out as little more than unwarranted drama.

There are a few good ideas and features in Pure Football and then there are overbearing shortcomings. There are plenty of teams and players on the disc, but considering the dearth of game-modes and limited nature of campaign mode, there is very little you can do with it. Pure Football may still have its uses as it can be a half-decent football quick-fix.