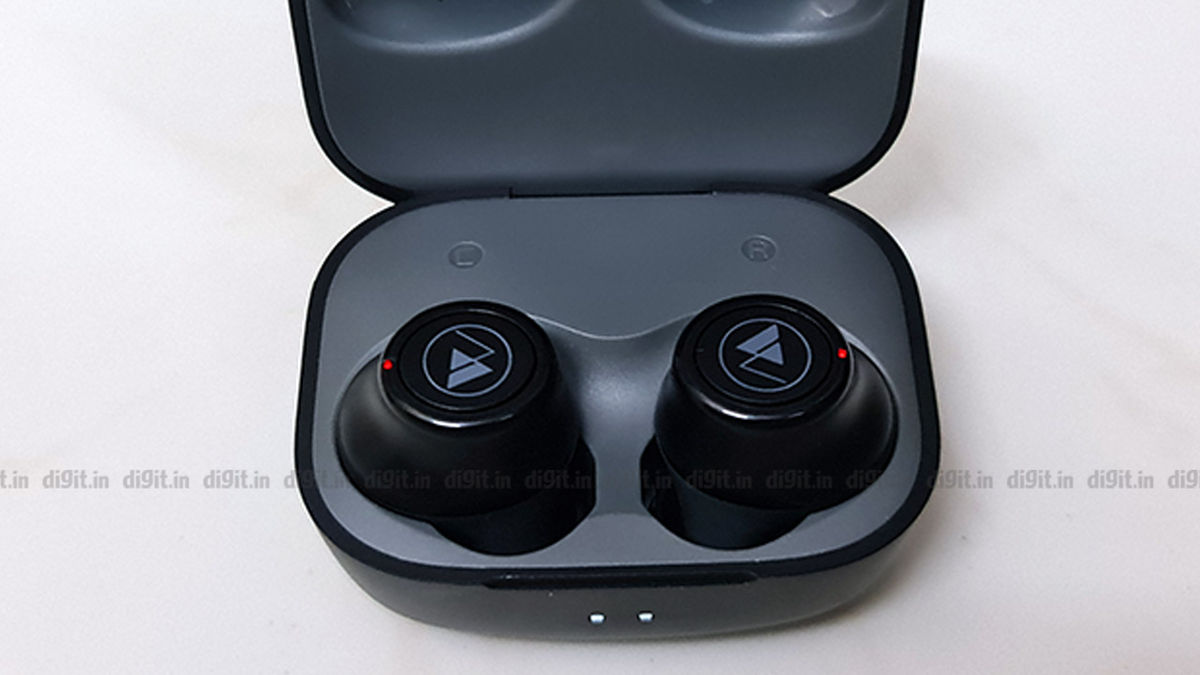 At Rs 1,799, the Wings Slay are a pretty decent budgetary purchase since they come with pretty good build quality, comfortable fit, compact charging case, IPX5 rating, and mono listening. However, the mediocre sound quality and low battery life make it hard for us to wholeheartedly recommend these earphones.

Amidst the growing number of audio companies with budgetary offerings, Wings Lifestyle, a home-grown audio brand, is slowly but surely becoming a notable one with its lineup of affordable true wireless earphones and neckband-style wireless earphones. The Wings Slay is the latest addition to the relatively nascent company’s true wireless portfolio, and is also the cheapest TWS earphones they offer, priced at merely 1,799. Let’s see if Wings has developed a product that is worth considering below Rs 2,000 in our review. 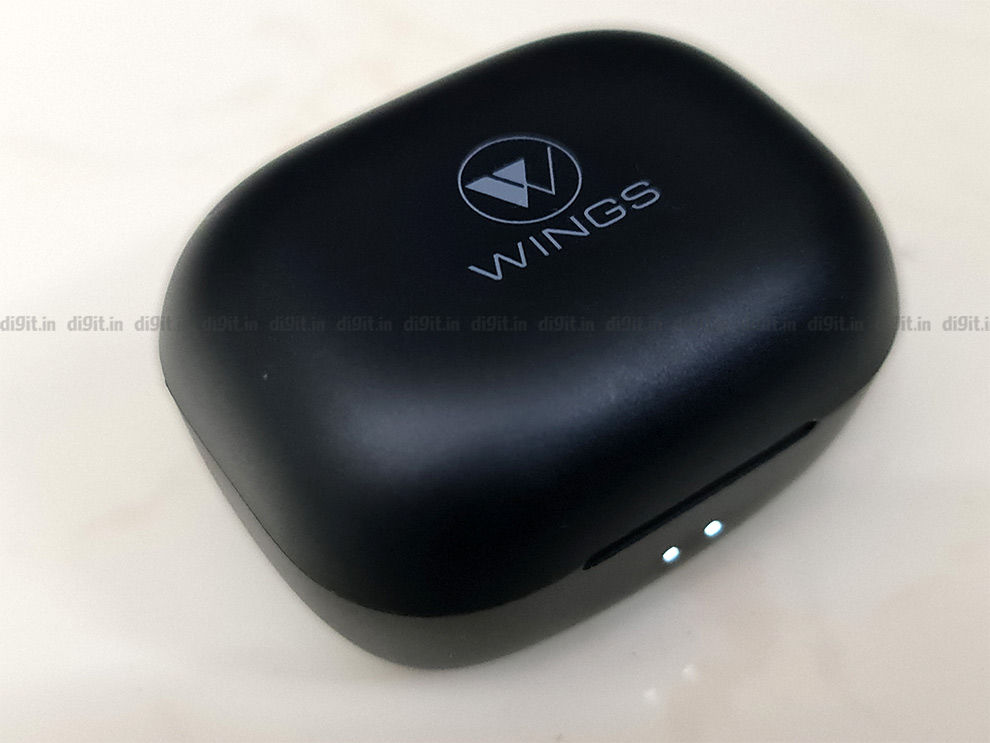 Inexpensive and well-built. These are two terms that don’t really go hand-in-hand in most instances as a drop in price usually means a drop in build quality as well. However, the Wings Slay true wireless earphones, priced competitively at Rs 1,799, are budget earphones that have a surprisingly good build. Starting off with the charging case, the Wings Slay has one of the tiniest true wireless charging cases we’ve come across. This diminutive case has a squarish design with nice, rounded edges and a smooth finish. 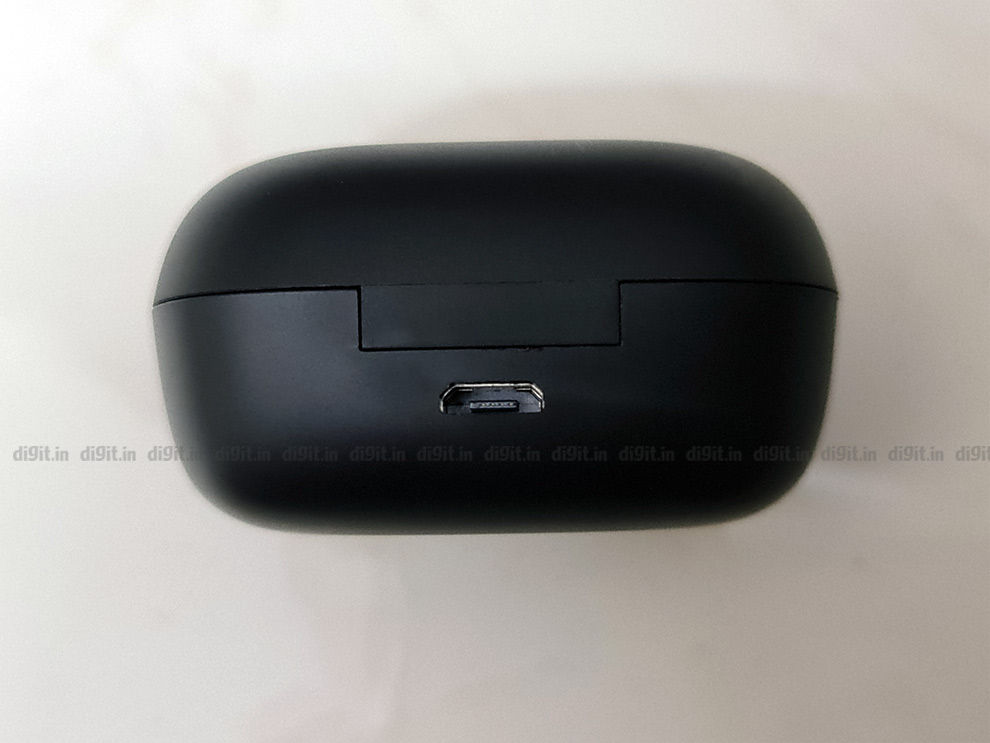 The earphones are available in two colour variants - Gray and Red. Both variants feature a dual-tone with black being the secondary colour. We received the Gray and Black variant for review, which is relatively more subtle-looking than the striking Red and Black one. The Wings logo is smacked on top of the lid, while the front of the case houses two white LEDs that indicate the battery status of the case and buds. The back houses a micro-USB port, which is disappointing seeing that many budget true wireless earphones are shifting to Type-C, however, we’ll give it a pass at Rs 1,799. 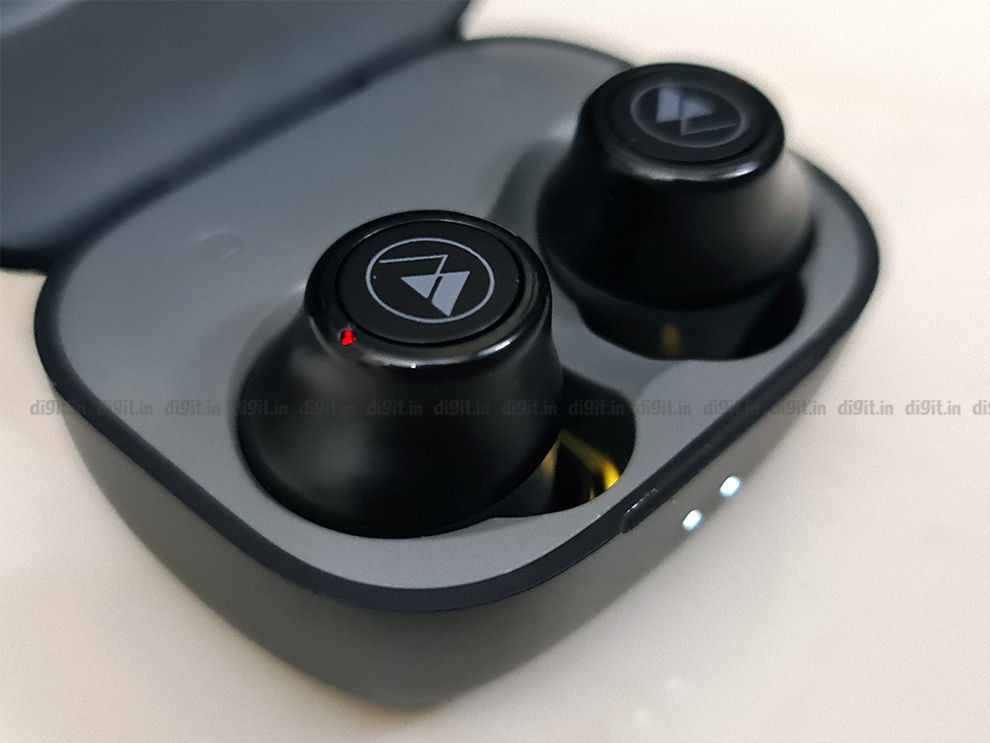 The outside of the case is black while the inside is the secondary colour - Gray or Red according to the one you’ve purchased. The earphones also carry along with the dual-tone colour. Speaking of the earbuds, they’re pretty ergonomic and lightweight and also feature the Wings logo on the rear housings. This is where the physical buttons are placed and it makes sense that Wings have passed up on touch controls at this price point. 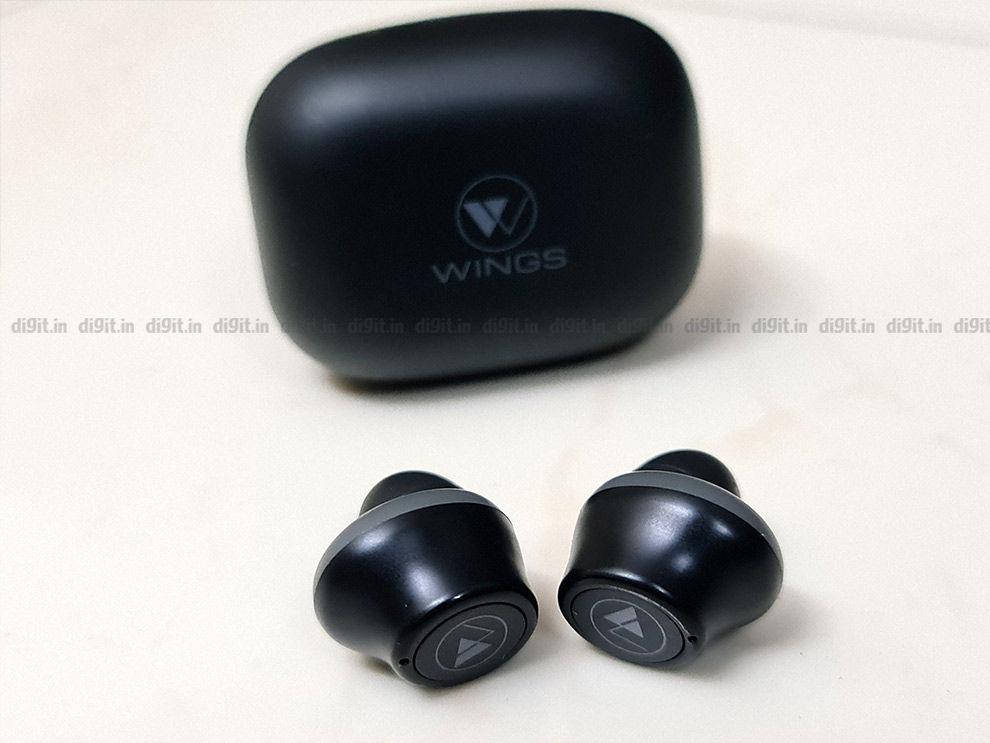 The buttons are easy to click, which means that the buds won’t dig into your ears excessively when pressing the buttons. The buttons allow you to pause/play music by single-clicking, skip to next track and go to the previous one by double-clicking the right and left control respectively, and triple-clicks on the right increases the volume, while the same on the left decreases it. Additionally, pressing and holding either control for 2 seconds will activate voice assistant. We found the controls to be responsive and accurate, but the volume controls are a chore to do, especially if you want to increase or decrease the volume by multiple levels.

Overall, the buds are comfortable to wear even over long periods of time and have a decent fit as well. The fit was snug enough for us to carry out activities such as doing chores around the house and jogging. Owing to the relatively snug fit, passive isolation is also pretty good. Additionally, if the fitted silicone tips don’t work well for you, the company has provided two extra pairs in the box. All said, the build quality and fit of the earphones impressed us, especially at this price point.

Naturally, at Rs 1,799 you can’t expect a pair of truly wireless earphones to be loaded with features. So, the Wings Slay aren’t packed to the brim with features that you’d get on say a pair of true wireless under 5K or 10K, but they have some of the basics checked. The earphones sport an IPX5 water and sweat resistant rating which means you can use these earphones when you’re gymming or in light rain. As mentioned above, it also comes with voice assistant support. You also get Bluetooth 5.0 connectivity, however, you’re limited to the standard SBC codec since the earphones don’t come with AAC or aptX support. 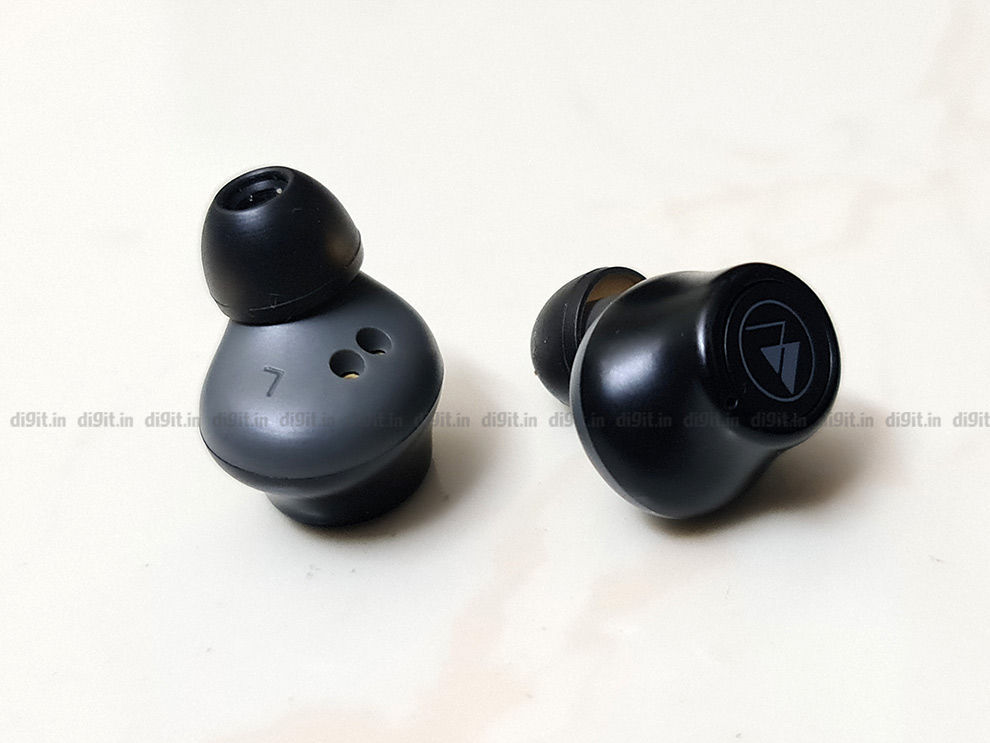 One feature that we were glad to see on these earphones is mono listening mode. Both earbuds are masters and therefore, you can use each earbud individually even if the other one is inside the case. Do note that you can only use the pause/play control when in mono mode.

The battery life, on the other hand, is slightly disappointing. You get a total battery life of a meagre 14 hours, with merely 3.5 hours of listening time via the buds themselves on a single charge. While we understand the case having a lower battery life due to its tiny form factor, the earbuds having only 3.5 hours of playtime despite being pretty much normal-sized is unfortunate. In our tests, at 50 per cent volume, we recorded a playtime of 3 hours and 10 minutes on buds, while the charging case topped them back up three times over.

Equipped with 6mm dynamic drivers, the Wings Slay have an easily discernible bias towards the lower end of the frequency spectrum. The bass is significantly boosted to a point where it sounds boomy at times. In tracks such as Another One Bites the Dust by Queen, the vocals and instruments are relegated to the background due to the thumping and boomy bass response. There’s also plenty of auditory masking in the mids which happens due to the exaggerated bass as well as the underemphasised mids.

Additionally, there’s an apparent lack of detail, especially in the low-bass, which can be easily heard in Hunter by Bjork. The sub-bass notes at the start of the song are very sketchy on detail and the earphones fail to reproduce the texture of these notes in a convincing manner. There’s punch but not enough substance to back it up. 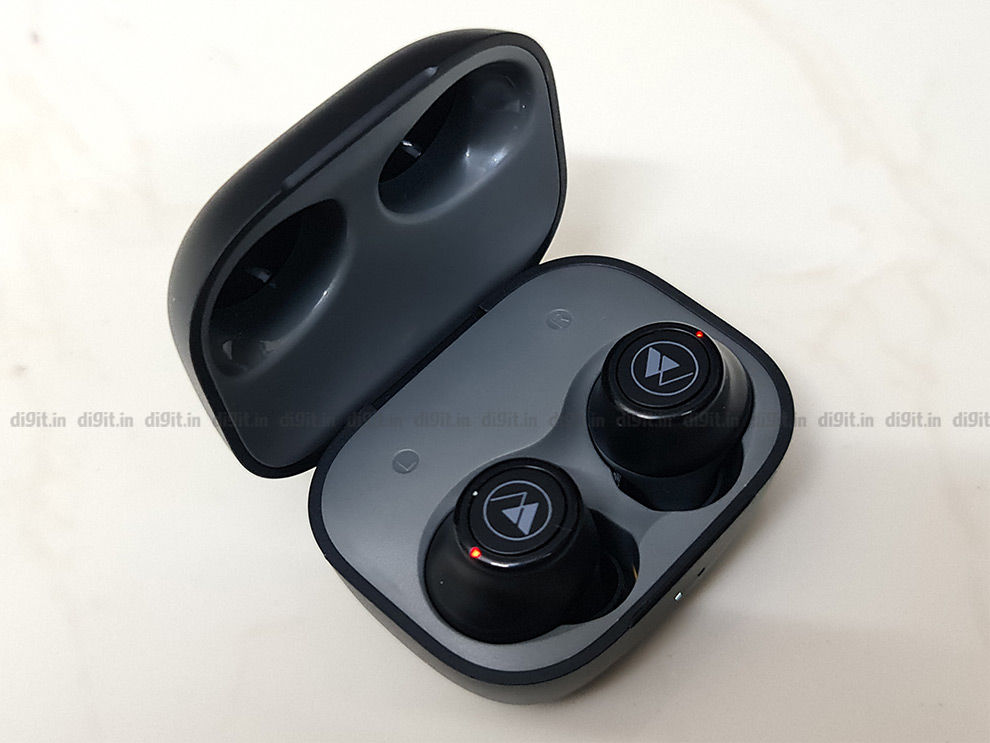 Mids, as mentioned before, are slightly underemphasised which means that they tend to get lost sometimes in tracks that have too much going on. Highs are decent and don’t sound tinny in most instances. Something we were pretty impressed with was the imaging. The Wings Slay accurately positions instruments, even in crowded songs, and makes tracks such as Hotel California by The Eagles a joy to listen to, for the most part.

Coming to the connectivity via Bluetooth 5.0, we got a stable connection throughout the duration of our testing and there weren’t any lags or drops in the audio. However, when we played Among Us with these earphones on, there was an odd and erratic beeping sound that crept up time and again. We checked with another pair of true wireless earphones and the issue didn’t persist, so it was an issue with the Wings Slay itself. Lastly, call quality is pretty decent. The microphone picks up the voice pretty clearly, and while it does pick up background sounds during calls, we didn’t expect a budget pair of earphones to have environmental noise cancellation for calls.

At Rs 1,799, the Wings Slay are a pretty decent budgetary purchase since they come with pretty good build quality, comfortable fit, compact charging case, IPX5 rating, and mono listening. However, the mediocre sound quality and low battery life make it hard for us to wholeheartedly recommend these earphones. If you can extend your budget to 3K, there are some better sounding earphones with a bigger feature set such as the Playgo T44 and the Boult Audio Airbass Livebuds. However, if you want to stick to TWS earphones under 2K, these earphones could make for a decent purchase