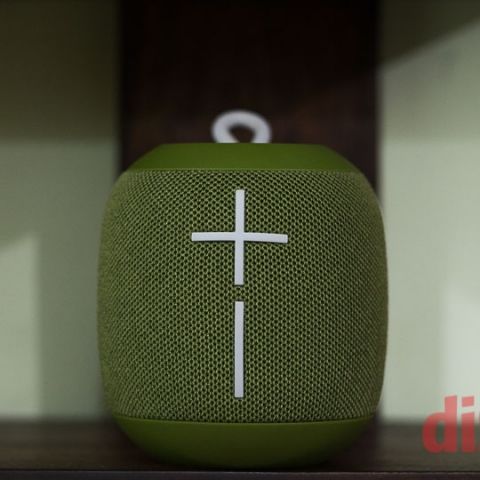 The Ultimate Ears Wonderboom Freestyle is the same speaker as the original Wonderboom, in a new package. The graphically inspired design is really nice, although the Avocado variant does feel like a misfit in this lineup. Regardless, this is a speaker worth being in everyone's backpacks!

Ultimate Ears (UE) Wonderboom has been the company’s entry level ‘rough and tough’ speaker, and the preferred choice for many of us techies who have reviewed UE’s products. They tend to have great sound, are built like a tank and do provide fairly good battery life. But that’s the bigger speakers like the UE Boom 2 and the Megaboom. The Wonderboom is a cute little thing that you can carry around with you, or place in smaller rooms or even the kitchen or the bathroom. UE just launched the Wonderboom Freestyle, which according to the company is “the ultimate mashup of music necessity and fashion accessory.” We spent some time with a review unit of the Wonderboom Freestyle to see just how much of that statement it lived up to.

The Wonderboom Freestyle is essentially the same old Wonderboom in a new skin. UE has revamped the outer shell to be more “trendy” with graphics and colours that are designed for the more “expressive” generation. There are five unique looking speakers available and somehow, we ended up with the most “plain-Jane” version of them named Avocado, a simple olive green coloured speaker with a white loop on one side. The top and bottom are made of soft, but very sturdy plastic. The speaker was “accidentally” dropped down a flight of stairs and continued to function without any problems. The speaker is also IPX7 rated, allowing it to be submerged underwater for up to 30 minutes.

UE Wonderboom Freestyle employs a very ‘minimalist’ design language. The plastic top and bottom frames are roughly an inch wide (each) and the remainder of the body is covered in the same olive green coloured nylon mesh. Breaking the uniformity of the design are the gigantic volume buttons on the front facia. The top of the speaker houses the power and pairing buttons, which blend in with the design of the speaker beautifully. 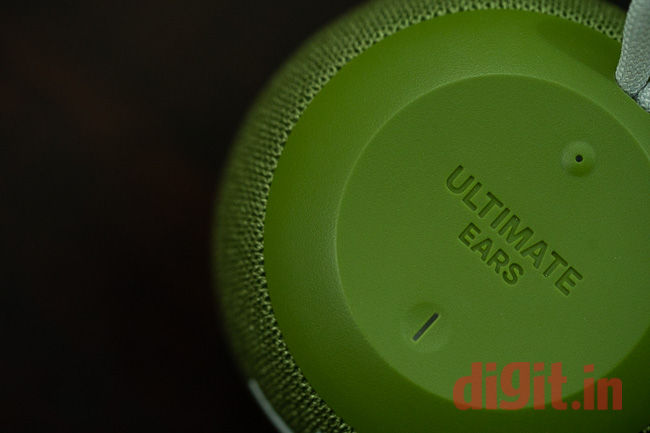 Overall, the build and design of the UE Wonderboom Freestyle is almost everything UE calls it to be. We wouldn’t consider the Avocado coloured speaker to fit well in the “Freestyle” theme. Same would go for the Raspberry version, which too fits better in the standard Wonderboom lineup. However, the Patches, Concrete and Unicorn treatments are genuinely really nice. Maybe a few more graffiti-inspired designs would make this lineup truly blossom.

The Ultimate Ears Wonderboom Freestyle consists of two 40mm active drivers and two 46.1 mm x 65.2 mm passive radiators. The active drivers are designed for delivering clear mids and highs so that the vocals on most tracks sound good, while the passive radiators focus on the low frequencies. Passive radiators mean that the Wonderboom Freestyle doesn’t have an actual subwoofer, but the bass is produced using the sound trapped inside the enclosure itself. Based on the size of the enclosure here (102mm), there’s not a lot of free air inside to create the pressure needed for deep, thumping bass. We tested the UE Wonderboom Freestyle paired with an iPhone 8. Pairing was a breeze as the speaker can pair with up to 8 devices. You can also additionally stream music to two UE Wonderboom speakers at the same time.

The speaker was tested in three locations; a 120 sq. foot room which serves as a work/play room, a small bathroom and a kitchen. Since the UE Wonderboom Freestyle is a 360-degree speaker, the placement of the speaker wasn’t all that important. However, the acoustic properties did change if it was kept within 4 inches of a hard surface on one side. Since the speaker doesn’t really support any of the higher-end Bluetooth transmission protocols, we limited our testing to MP3 and AAC files played back on an iPhone 8.

Interestingly, the UE Wonderboom Freestyle sounds like a decently well-rounded speaker (no pun intended). For most genres that had more dominant mids and highs such as pop, rock, jazz and even Bollywood. The speaker does struggle with producing pristine mids, but the highs are extremely well controlled. When listening to electronic music, the bass was a little underwhelming, but it did not distort until the volume was maxed out. What was surprisingly good was that the speaker can get really loud, and while the mids continue to be ever so slightly muddled, the entire tonal range remains pretty clear. 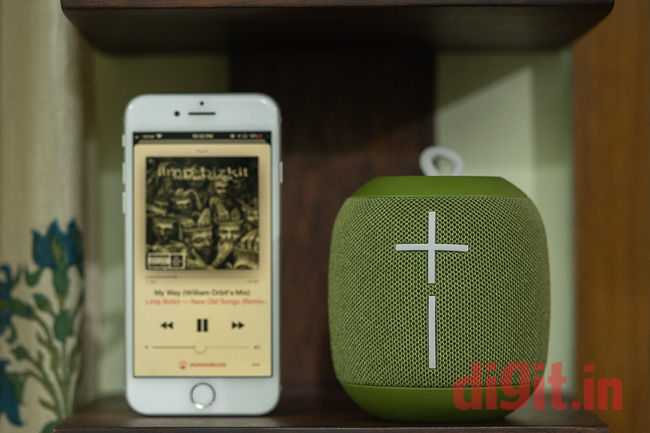 The speaker was loud enough to fill small rooms like the kitchen and bathroom (great tunes for the shower), it was also surprisingly loud and clean enough to fill up the work/play room this speaker was used in for over 2 weeks. In fact, residents of the often had to come down from the first floor to have the volume turned down as the speaker was getting too loud. While most of us may have speakers for our living rooms, in case some don’t, the UE Wonderboom Freestyle could be a nice addition to your coffee table for some light listening. It would also make a great addition to any bathroom or kitchen since some of us might prefer music during the time spent in either of these two places. The water resistance makes the speaker ideal for such places, along with making it a handy thing to have when you’re on the move in rainy season. Just make sure that charging port cover is sealed tight before exposing it to water.

Overall, the Ultimate Ears Wonderboom freestyle is just as functional as its simpler sibling, the Wonderboom. It performs adequately well for listening to any genre of music at moderate volumes without causing much degradation in the tonal range. However, once the volume goes over 85 percent, you will hear the bass get weaker.

The UE Wonderboom Freestyle is rated for 10 hours of playback time over Bluetooth. Of this, we were able to get 9 hours and a few minutes consistently. The charging time was arduously long (a little less than 3 hours), but that’s okay since we used bedtime as the time to charge the speaker. All in all, a pretty reliable little thing. The speaker charges through a micro USB port built into the bottom frame of the speaker. 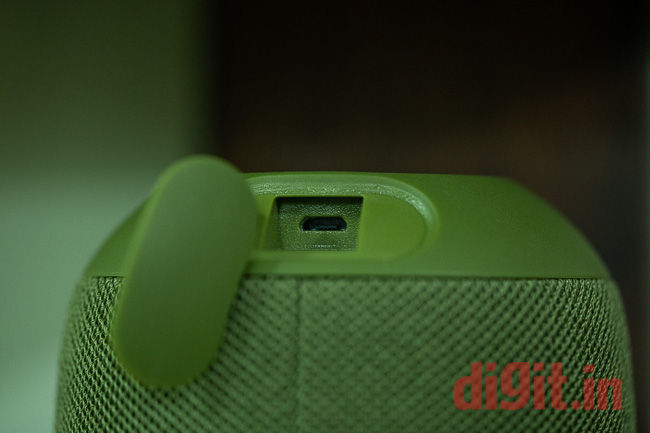 When it comes to connectivity, we found that the speaker was not able to live up to its 100 feet connectivity promise. This, of course, applies to using the speaker inside a house, where there are plenty of walls, electric wires and other competing Bluetooth and wireless signals. We managed to get about 55 feet of drop free performance, with the signal deteriorating after that point. Regardless, it's still pretty impressive for a speaker this size. It was a pity that we couldn’t try using two of these speakers together since we didn’t have an additional unit, but it would be interesting to see if there are any delays or latency issues or even if there is a range reduction in effect. But as a standalone product, the Ultimate Ears Wonderboom Freestyle does impress with its stable connectivity and good battery life.

The Ultimate Ears Wonderboom Freestyle, for the price, makes a great addition to anyone's speaker collection. You will either only use this as a speaker to carry with you when you're out and about, in which case, you wont be disappointed or you will be relying on the UE Wonderboom Freestyle as your primary mode of listening to music, in which case, it won't disappoint either. It is not an audiophile grade bluetooth speaker, but it definitely one that sounds great, especially for the price. Not to mention, you also get a very rugged and good looking speaker for the price of a nice dinner for two at a fancy restaurant. Basically, you can't go wrong with one of these.