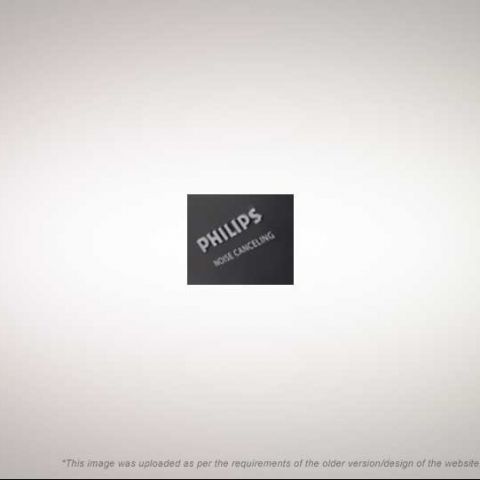 Unsuitable for music enthusiasts / Boomy bass, recessed mid-range, rolled off top-end / Noticeable lack of depth and emotiveness to the music / Possible headband clamping issue for some

Active Noise cancellation (ANC hereon) headphones used to be rare, but this category is fast becoming crowded territory. It's simple – as people start travelling more, and more importantly, using portable devices for entertainment, semi-portable ANC headphones are bound to get more commonplace. In India, we see but a handful of the brand options available in the US and Europe. Bose and Sennheiser are the two brands who have sent us circumaural ANC sets before, Philips jumps in with their SHN 9500.

Design wise, there's nothing pathbreaking, but there's no harm in borrowing from a working formula, is there? Enough mumbling, and at this point, I was immediately attracted by the undeniable build quality of the box. Yes, the carton is both very sturdy and attractive, especially for what turned out to be a value headphone.

The SHN 9500 is a value option but this isn't apparent from the solid build. Brushed aluminum is used on the outer ear cups. The armature and headband is made of plastic, but it's quality stuff. Only the armature connecting the cups to the headband feels a little flimsy, but I noticed no problems in the fortnight I spent with it. The padding on the earcups is adequate and quite soft. Remember that these are small for circumaural cans and while the padding will surround your ear, there's not much room - thanks to the smaller cups. The smaller size is a given, since most people will use these for travelling. The drivers have been designed so that they angle inwards towards the ear opening. Despite the softness of the pads, never once did the foam give enough to make my ear tips touch the driver mesh, which would have been very uncomfortable. The use of good quality pleather on the cups feels nice, although the headband's rather firm clamping means your ears will get sweaty in our climes. There is decent padding on the underside of the headband as well and it's pretty plush, even balding people will feel no discomfort, apart from the sweating. I mentioned clamping, the headband on the SHN 9500 clamps rather firmly and this becomes noticeable after half an hour, not the most comfortable - unless you get used to it, or have a smaller head. The cups rotate so the unit can be stored or carted safely. The 3.5mm cable is detachable from the headphones. A larger 6.3mm adapter is also provided, as is the dual mono airplane adapter. The carrying pouch is made of nylon and well built; it also protects the headphones, thanks to stiff inserts in the soft material that resist deformation.

The right ear cup houses the AAA battery that powers the ANC circuitry. This is accessible via a flip-up cover. There are two controls on the headphone, located at identical positions on each cup. To the right is the on/off switch for ANC. The mute button is on the left cup. This button works well, and when used, will cut off whatever you're listening to, so you can hear outside sounds, for example, in case someone is speaking to you. The mute button does not cancel the ANC.

Thanks to the circumaural nature of these cans, the passive noise cancellation is decent. The ANC improves even further, I tested this with no music playing and found that switching active NC on removed muted ambient sounds and took the bass out of intrusive sounds making them a little less apparent. However, it doesn't fully remove louder sounds like a noisy fan or someone talking five feet away. Obviously, with music playing it's hard to hear any external sounds, but louder sounds, like someone shouting are heard, these are not as good as in-ear earplugs that simply isolate your eardrums by sealing the ear canal off.

In my opinion, sound quality is something that should not be compromised despite the selling point of a headphone. However, this doesn't mean that every headphone irrespective of its price, will perform similarly to a 500 dollar audiophile-grade can. Typically, ANC headphones have a steeply uphill task to perform in pleasing audiophiles like me, and the SHN 9500 was no exception. Up front, let me reiterate - when I review for sound, I review every headphone as a 1000 dollar one. I also use pretty high-end equipment, like a quality CD player, DAC and headphone amplifier to test headphones, so all the nits I pick represent critical, discerning listening. To many casual users, these detractions from quality will not be an issue. So if I condemn a headphone's soundstaging, someone reading this review may not notice the problem, or may not know what to look for. That being said, sound quality was pretty mediocre, even downright ordinary at times, and on a few occasions amounted to ear-drum abuse.

A word on the soundstaging first – it's congested, and all the sound seems to be coming from inside your head. There is very little space and depth to the instruments. Agreed that these are closed cans, and only open drivers can deliver accurate imaging, but the SHN 9500 is definitely not for anyone who listens to a lot of symphony and orchestra-based music on account of the poor soundstage. In fact the ANC also messes with the imaging - with ANC off the main sound comes from inside your head, towards the top i.e. the crown. With ANC on, the image shifts downwards on either side, just above your ears. Turning ANC on and off also affects sound signature - with it off, bass notes seem a little tighter as there is less roll off from the drums and some warmth is lost. With ANC on, the background is a little darker, which is good, and female vocals seem to gain some character and presence, as if a veil parting you and the singer were being lifted. These are warm cans, but that doesn't mean they do the lows well. The bass gets boomy, unfocussed and the notes seem to lack punch - this makes rock and metal music very boring to audition on these cans and after a mere 30 minutes of listening to some of my favourite rock music, I gave up. With Pink Floyd's Speak To Me - the heartbeats seem to be coming from the top of your head and most definitely inside your head. Time doesn't image too well either and some of the panning effects are missed. The shrill sounds become sibilant – lack of control over the highs and a rolled off top-end. The bass guitar also sounds a little too mellow – losing character and impact.

Vaya Con Dios' What's A Woman also lacks a lot of the intimacy in the mid-range. Danielle Schoovaerts aka Dani Klein has a superb voice that portrays a lot texture, depth and emotion in this track, yet I missed most of the magic on the SHN 9500. Vocals seem to be coming from a slight distance away from the bass – a classic case of a recessed mid-range. Listening to Blackmore's Night with The Times They Are A-Changin there was a marked loss out on the texture and fineness of Candice Night's voice. I heard the music, but it wasn't captivating in the least. Normally, I can simply immerse myself in her voice and the score is also interesting. The SHN 9500 wasn't bad at anything in particular – it was simply mediocre at everything. On to some metal and rock – the bass is controlled to a certain extent, but complex drum tracks will display a lack of control and the bass gets loose quickly. Bass notes have volume, but very little variance in texture. Cymbals lack impact and do not convey much body – in short they're unromantic. This is one of those headphones that did very little to get me into the music, I heard it, but I hardly listened. For me, the attack, decay as well as body of the notes weren’t to my liking. At no point did I feel myself lost in the music and forgetting about time and place, as happens with great cans. I was constantly fiddling with items on my desk, looking at the time, checking my cellphone. And I tried to enjoy the music, but my ears have been pampered I fear, and the damage once done, is irreparable.

On to the mandatory movie testing, these are okay for movies, and explosions and such are suitably boomy. For gaming, I didn't like the imaging in Warcraft 3, but they're sensitive enough to pick up distant sounds. A few rounds of Quake 3, I had fun with the accurate imaging and whooshes of rockets. Performance was a mixed bundle – discerning music lovers will not be interested, audiophiles will run a mile, more likely they wouldn't look here in the first place. With the slightly boomy bass, this SHN 9500 is slightly better for less critical applications, like movies and games.

So, after a review replete with nitpicking, you might write these off huh? Not quite - priced at Rs. 5,999, they’re cheaper than most ANC headphones but they're not cheap per se. However, they're also decidedly up-market in terms of quality. Also remember, while I have complained about their supreme lack of audiophile performance, these aren’t audiophile-grade cans. And not everyone will want to shell out for premium headphones. The level of performance is decent for most users, but nigh a disaster in audiophile terms. I wouldn’t buy them, but if you’re not as discerning and looking for "decent" set of travelling cans, give them an audition. 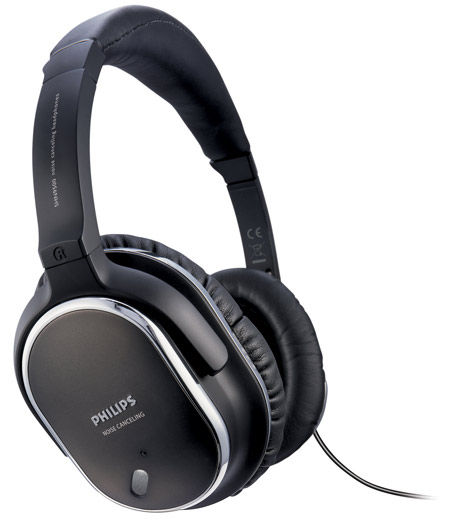