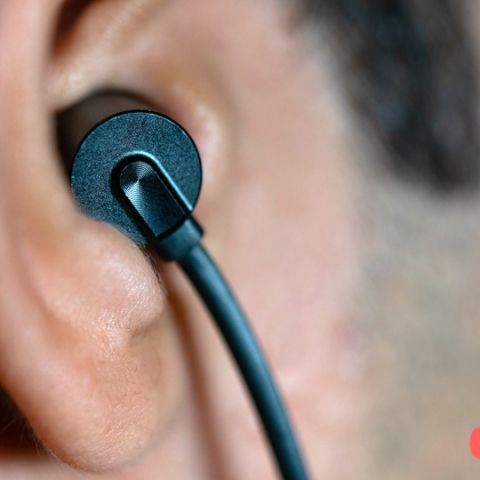 If extra bass is what you prefer and are happy with even mids with slightly unexciting highs, the OnePlus Type-C Bullets can be your daily driver. Priced at Rs 1,490, the earphones offer overall good audio quality with no major faults and since smartphone manufacturers are now moving towards a future without a headphone jack, picking up a Type-C earphone makes perfect sense. However, not all phones have removed the audio jack and one can consider the SoundMagic E10C or the 1More Piston Fit for reasonably well-balanced sound in the similar price range.

OnePlus has finally decided to kill off the 3.5mm headphone jack with its OnePlus 6T smartphone and to lessen the blow, the company announced their new Type-C Bullets earphones. These earphones are the successor to the Bullets V2 and OnePlus says that it comes with many new changes to deliver better audio quality over its predecessor. The new Type-C Bullets uses a Type-C connector and sports a DAC that should make for some added features. 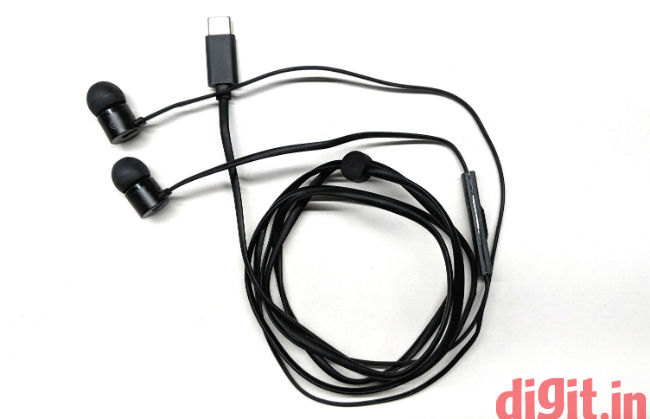 The OnePlus Type-C Bullets earphones feature a warm sound signature where the bass is noticeably emphasised. However, this doesn’t mean that the bass is overwhelming but it affects the overall instrument timbre. The lower range of frequencies are handled well by the earphones and it delivers punchy bass. Even though we prefer a more neutral sound signature, the Type-C Bullets appealed to us as the lows are well detailed with just the right amount of depth. This is exhibited in songs with deep bass like Limit To Your Love by James Blake and also in Khruangbin’s Lady and Man, where the background bass riff is brought to the forefront.

Stereo channel separation on the Type-C Bullets is nothing to complain about but the earphones could have offered a better soundstage. For instance, the intra-spacing of instruments in Hunter by Bjork is limited and the overall audio output feels narrow when listening to Entangled by Lorn. This effect is augmented when listening to genres like classical and jazz as the audio is not as expansive as it should ideally be and there’s a noticeable lack of flair. Long listening hours without feeling tired is an added advantage with the Type-C Bullets as it leans towards the lower end of the audio spectrum.

The mids are smooth and mostly crisp while listening to music, however, the pronounced bass can sometimes take over the lower mids. This can push vocals to the background and make them sound recessed, depending on the voice type of the singer and the song one’s listening to. For example, it mellows the extra peppiness expected from soprano and high-tenor voices like Axl Rose and Michael Jackson, while mezzo-soprano singer Adele’s performance in Set Fire To The Rain lacks impact. However, this is us nitpicking in this aspect.

The highs are also affected since they sound boxy and feel like they are held back due to the characteristics of the OnePlus Type-C Bullets. It somewhat lacks when it comes to the segregation of frequency ranges as the lower mids are seldom muddled by the upper lows and as said before, the overall warm sound adds a spurious characteristic to the instruments. There’s a lack of flourish in pop songs like Uptown Funk by Bruno Mars and Shape Of You by Ed Sheeran. While the overall frequency arrangement might not be ideal, it might appeal to users who listen to genres like Reggae, EDM, and Pop. However, Rock, Jazz, and Classical listeners might need to tweak the equaliser to get their desired audio output.

The prominent bass on the Type-C Bullets comes in handy while watching movies or videos, especially in action sequences. The details and depth, along with good stereo separation add to a pleasant overall viewing experience on a smartphone. The earphones are also sufficiently loud and the stereo track separation comes into play while gaming, specifically in a first-person shooter game. We could clearly hear the direction of footsteps in PUBG and the booming sound of the rifle being fired in Hitman Sniper. The Type-C Bullets fare well when it comes to watching movies, videos or while gaming on a smartphone.

The OnePlus Type-C Bullets are made of flat cables that are more resistant to tangling. There is nothing notable about the earphone’s design as the cans are made of plastic and so are the in-line controls. They are extremely lightweight and one can wear them for hours without a hitch. 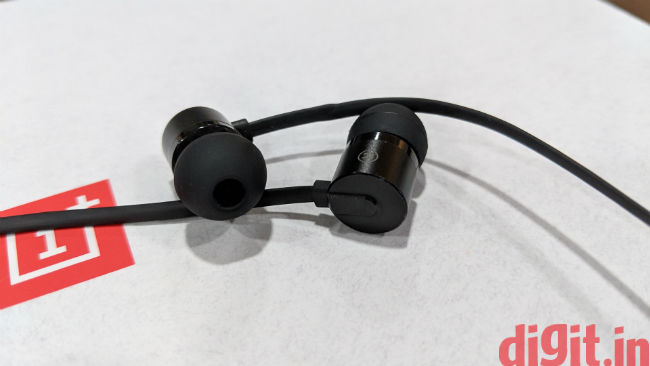 The earphones come with volume and call control buttons that are certainly useful to regulate the audio playback volume or change audio tracks without needing to whip out your phone. The buttons are clicky with good feedback and a long press on the call button brings up the Google Assistant. This is a welcomed feature as I used it to place calls, boot up apps or ask random questions to the smart assistant. 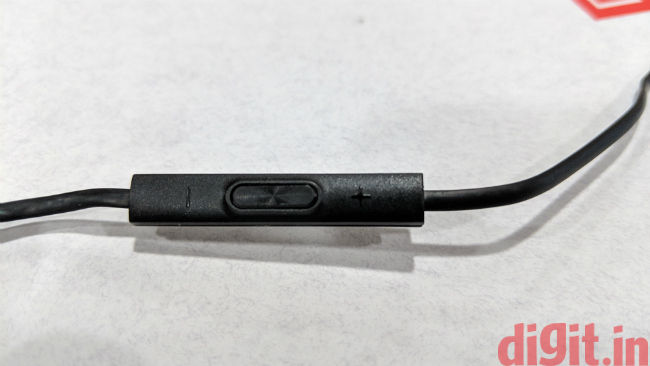 There’s a rubberised sheath on earphone’s Type-C connector, as well as on the base of the earpieces. The silicon earbuds that come with the earphones provide an excellent fit and there are three additional ear tips of varying sizes in case someone needs a bigger or smaller earbud. The snug fit enables passive noise isolation to some extent but of course, it’s nowhere near what Active Noise Cancellation can do. Overall, the Type-C Bullets exhibit decent build quality for the price.

The OnePlus Type-C Bullets deliver audio that is warmer than one might anticipate. While the bass is pronounced with good depth, the mids and highs take the back seat at times. Overall, the Type-C Bullets offer good audio quality for its price of Rs 1,490 and one can definitely consider it as their daily driver.