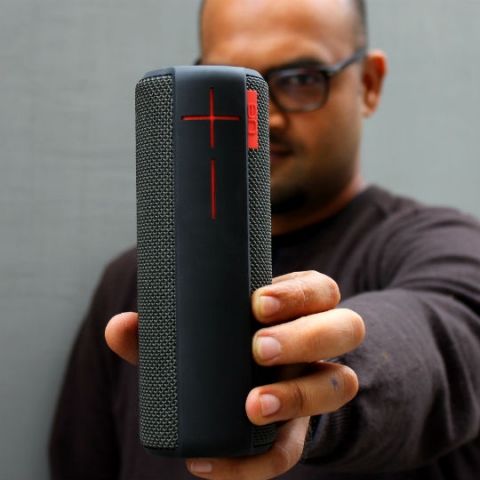 Since the Logitech UE Boom is not available in India, it's not practical to spend a lot on getting it shipped here. However, it is also one of the best portable Bluetooth speakers that I've come across so, if you've got money to burn, then go ahead and order it.

It’s a rare thing nowadays to come across a mainstream tech product that’s not available in India, especially if that product actually excels at whatever it’s meant to do. This is the case with the Logitech UE Boom Bluetooth speakers, which, for some reason, is absent from Logitech’s product pipeline for India. That’s quite disappointing since the UE Boom is one of the best Bluetooth speakers that I’ve come across. 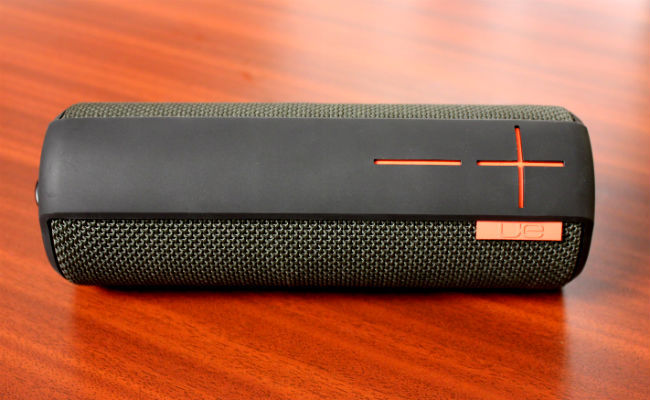 As is the case with all good tech products, the UE Boom combines good design with impressive performance. The UE Boom is perfectly cylindrical in shape except for an almost flat rubber strip that runs down its spine. This strip holds the volume keys, designed to look like a large plus and minus sign, with orange accents on the inside. These volume buttons also lead to the first issue that the UE Boom threw my way- the signs marking out the volume keys are large but the actual buttons are hidden in the center of the signs, which means that trying to control the volume without actually looking at the buttons will require practice. The buttons are also a little difficult to press.

The rubber strip extends to both the top and the base of the speaker and completely covers both ends. One end has the power and the Bluetooth pairing buttons while the other has the microUSB and the 3.5 mm ports along with a small metal loop to hang the speaker. The UE Boom also comes with a rubber cover to seal off the ports and protect them from water. The body of the UE Boom is covered with a fabric mesh that hides the driver and the speaker grill. 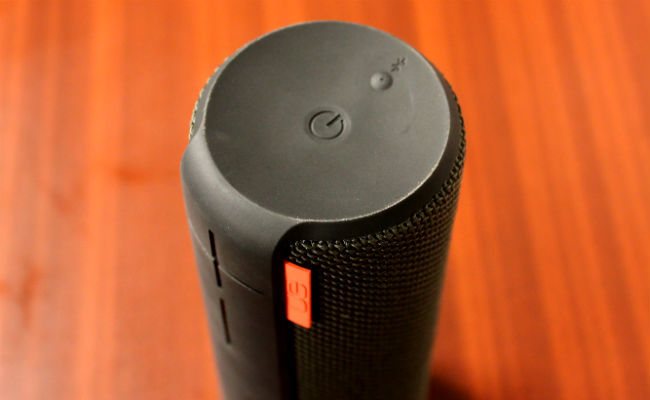 For its size, the UE Boom feels a little heavy and weighs 538 grams but it’s still a good looking and very well-built device. If design is a priority for you then you will be happy with the UE Boom and, if the way a speaker sounds is a priority, then I’m glad to tell you that the Boom will continue to please. 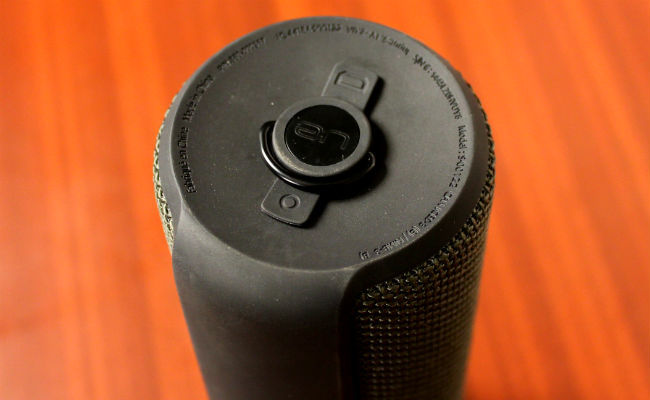 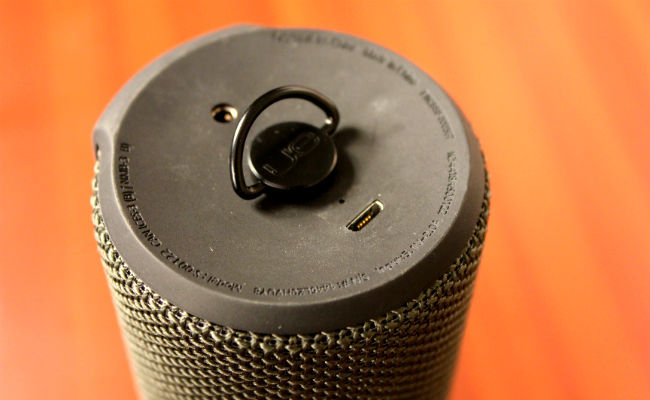 Logitech has also released an Android and iOS app that you can use to control the UE Boom. The app lets you choose between a few EQ presets, set an alarm to wake you up and help setup a second UE Boom to use in conjunction.

The UE Boom is loud and one that produces good volume with no distortion. Bass heads will especially like the way the Boom outputs deep bass despite its petite size. On the other hand, I was slightly disappointed by the way the Boom handles highs. Cymbals and snare in songs sound subdued and you have to push the volume up to enjoy most rock songs. Mids are better than I expected and the Boom does well with vocals, helping them stand out from the mix and not get drowned amidst all the other instruments.

I would wholeheartedly recommend the Logitech UE Boom to you if your playlist is filled with electronic or club music. In fact, even if you have a lot of rock or pop songs in there, I think you will be pleasantly surprised by the UE Boom. Another thing that may surprise you is the battery life because Logitech claims that the Boom lasts for 15 hours of playback but I was able to eke out over 21 hours. The Boom also has excellent range and it worked up to 80 metres away from the phone with an unhindered line of sight.

Now that I’m done with the recommendations, let me address the elephant in the room. Logitech, in its infinite wisdom, has deemed it fit to not launch the UE Boom in India which means that if you want to get your hands on one, you’ll have to be willing to pay extra. Amazon.com is currently shipping one to India for about Rs. 15,000 while on eBay, some sellers have it listed for about Rs. 20,000. Is it worth that much? Well, if I put on my practical hat, then no, you can check out the JBL Flip II or the Logitech Mini UE Boombox. Sure, they don’t sound as good as the UE Boom, but they also cost much, much less. On the other hand, let me take this hat off and tell you that the UE Boom is one of the best sounding Bluetooth speakers I’ve ever come across, so if you’re in the mood to be impractical and have money to burn, then go ahead, order it.