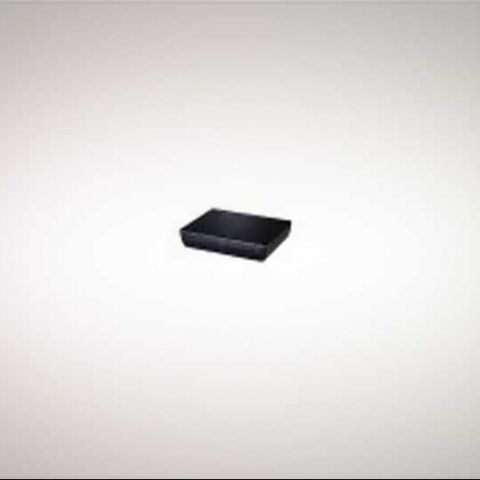 When you spend Rs 7,999 to buy the Iomega ScreenPlay MX HD media player, what you will get is very good video upscale quality. The 1TB hard drive pre-installed in the MX just adds to the storage space available for you, and kind of frees you from constantly connecting USB drives to the media player. The only thing missing is the network connectivity capability, but for this price, we cannot complain about that!

The speed at which HD media players have evolved over the last one year has been breath-taking, to say the least. From the initial versions not capable of playing all video and audio formats to the next gen devices which were able to handle all formats without any issues. The third gen sees the integration of network access capabilities to these devices- for streaming multimedia and accessing the internet via integrated apps, on both wired and wireless setups.

Now we see the fourth generation of devices, which come in a more matured fashion- with their own built-in storage. The Iomega ScreenPlay Director HD media player came with a 1TB drive built in, but the bulky form factor, the slow interface and the price kind of ensured that the gadget did not catch the fancy of the buyers. However, the WD TV Live Hub media player changed the way hard drive pre-loaded media players look. Close on the heels of that, Iomega launched the ScreenPlay MX media player. It will be interesting to see how this one performs.

Look and Feel: Dressed in matte
You know how much we hate the fingerprint and dust magnet glossy finish for our gadgets. The media players are now walking the path we prefer- matte finish. Like the WD Live Hub, the ScreenPlay Director MX also has a clean matte finish, dressed in black colour- with a distinct brushed aluminium finish. Despite holding 1TB storage drive in it, the MX has a very sleek form factor. The front panel has a USB input port, while the side panels are completely clean. The rear panel has the Composite, Component and HDMI video/audio out, another HDMI input and the Coaxial S/PDIF output.

The USB input on the front of the media player, ideally, should have been on the side. Any drive connected to the front of the device will just spoil the looks of the MX, when it is placed in the home theatre setup. Other than that, the build quality is impressive. The brushed metal look which has been given to the device lends it a very classy feel.

Features: Two steps forward, one step back
[RELATED_ARTICLE]The fact that the MX comes with 1TB of its own storage space means that you can transfer media files from USB drives on to the internal hard drive, and not have to plug in the external storage every time you need to watch a movie. However, you can not only have media on the internal drive, but also connect drives to both USB ports, and access media from 3 separate drives simultaneously. The remote is extremely comfortable to use, which makes this a huge relief. Badly laid out remotes can ruin the entire experience of the media player, but this one will fit well in the hand and the fingers tend to remember the position of the keys- essential if you like watching movies in a darkened room. Backlit would have been welcome, but then again, none of the media players offer that at the moment.

What is a glaring omission in the MX media player are the LAN connectivity options. Without these, users are unable to access the media on network connected drives, transfer files from the PC to the media player or even use streaming software like the PS3 Media Server. The unavailability of this option leaves the users with just one option of copying media to the internal drive via any drives connected to the MX via the USB ports.

Performance: Keeping pace with the rivals
The video upscale quality offered by the MX media player is extremely good. Standard Definition videos were upscaled to the Full HD resolution of 1920x1080 pixels with extreme ease. The post upscale treatment ensured that the colours remain vivid, the sharpness is not lost and extra artefacts don’t end up spoiling the video quality. The only niggle I had was that in some SD videos, we could see noise around some objects on the screen. Native HD resolution videos did not require any upscale treatment, and their playback was also flawless.

The interface of the MX is a bit of a downer. The home screen has huge icons just laid out across the screen in a seemingly haphazard fashion. Move beyond the home screen and a drab and uninspiring interface awaits you. This is particularly a problem when you compare the interface to the simple yet functional one on the WD TV Live and the absolutely fantastic one on the WD Live Hub media player. Iomega needs to work on the layout for its next media player offering.

Surprisingly, even after a couple of hours of viewing videos, the MX did not heat up at all. And this when the connected hard drive was considerably warm! The lack of any ventilation fans and minimum vents will not be a problem.

Read on to know about our take of the Iomega ScreenPlay MX HD media player, the price and the specs...

Our Take: What do you need more?
At a price of Rs 8k, the Iomega MX HD Media player offers 1TB internal storage, which none of the rivals priced in the same bracket offer. However, it misses out on the network capabilities, which even the WD TV Live has, and that one retails for about Rs 1k less than the MX. If the 1TB storage is what entices you, and the lack of network connectivity isn’t of any concern, then this is a very good media player to buy. Else, buy the WD Live or go full steam ahead and buy the WD Live Hub.