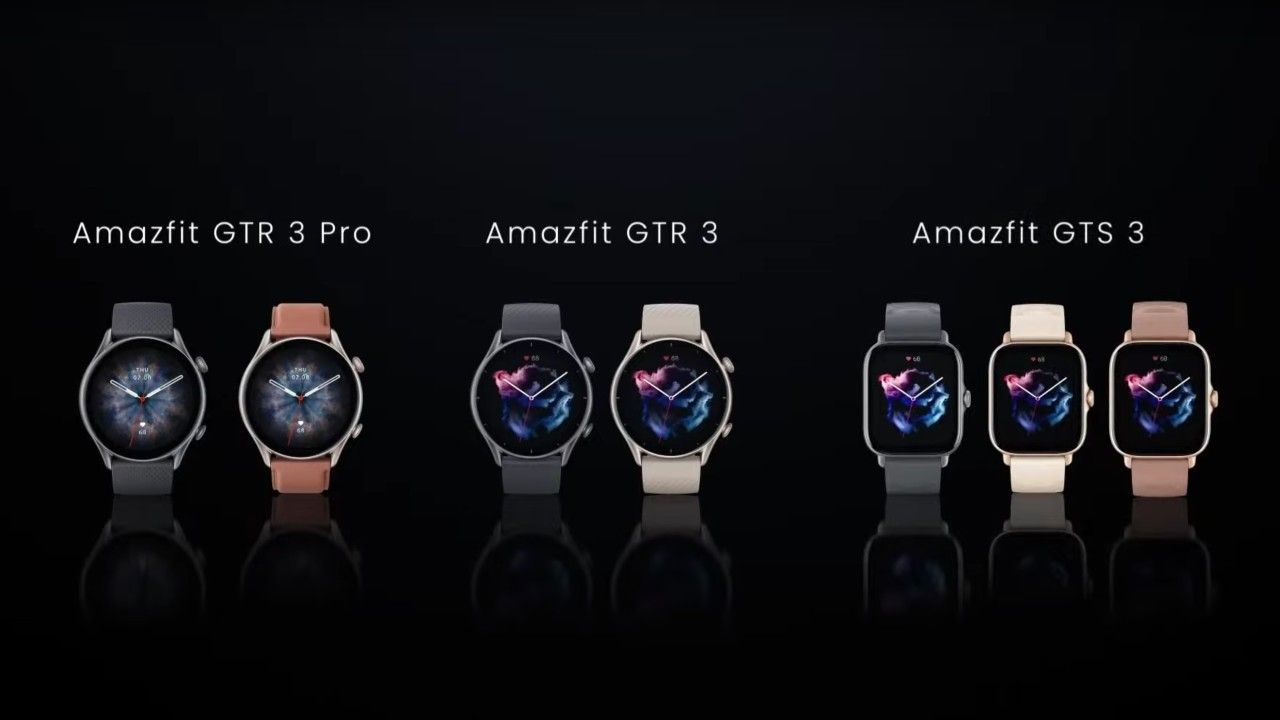 Amazfit has launched the GTR 3, GTR 3 Pro and GTS 3 in India.

Amazfit notes that Zepp OS will allow for a number of notable features. It is also compatible with Android and iOS and allows users to sync data with Google Fit or Apple Health. Other notable features include 24-hour health management, advanced sleep tracking, voice control, menstrual tracking, motivational tools, and more. It will allow users multiple customisation options as well as life admin tools like ‘drink water’ reminders, calendar, weather forecasts, etc. Amazfit also notes that Zepp OS is designed to be easy to understand.

The Amazfit GTR 3 Pro packs a 1.45-inch AMOLED display with a 70.6% screen-to-body ratio. It offers over 150 built-in sports modes and can also monitor stress levels. Further, it also comes with Smart Recognition that is said to automatically recognise up to eight activities and automatically start tracking them.

In terms of battery life, the Amazfit GTR 3 Pro packs a 450mAh battery. The company notes that this is enough for up to 12 days of non-stop battery life. It also offers 2.3GB of storage for storing songs. Another notable feature is that the GTR 3 pro can take and make calls via a Bluetooth connection to your smartphone.

The Amazfit GTR 3 features a aircraft-grade aluminium alloy built with a rotatable crown and a curved glass screen. It packs a 1.39-inch AMOLED display. It also comes with a 450mAh battery and is said to offer a battery life of 21 days, which extends even further with the battery saver mode.

The Amazfit GTR 3 will be available for Rs 13,999 on Flipkart and in.amazfit.in in two variants: Thunder Black, Moonlight Grey.

The Amazfit GTR 3 Pro will be available for Rs 18,999 on Amazon and in.amazfit.in in two variants: Brown Leather and Infinite Black.

The Amazfit GTS 3 will be available for INR 13,999/- on Amazon and in.amazfit.in in three variants: Graphite black, Terra Rose and Ivory White.