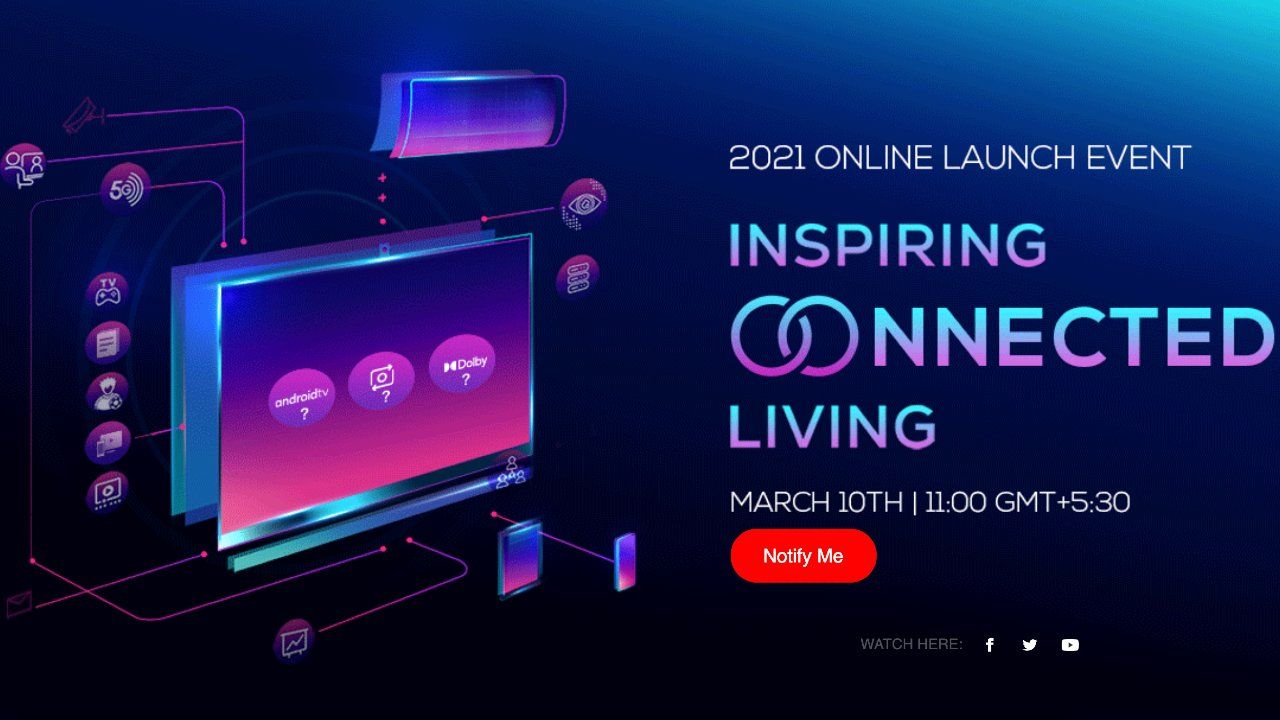 TCL's first Android 11 TV is just around the corner.

TCL will launch its Android 11 TV in India on March 10 at 11 AM. The company has the launch date listed on its website and has been teasing the launch of the P725 on Twitter as well. TCL launched the P715 in 2020 and the successor - the P725 was announced at CES 2021. The TV will run on Android TV 11 out of the box, but it isn't clear if the TV will come with the new Google TV UI. TCL’s website teases the “newest experience” “big together” and “faster processor”, hinting at some features users can expect.

The TCL P725 is a 4K TV with support for Dolby Vision and Dolby Atmos. The TV does not have QLED backlighting but does support hands-free commands. It is an LED-backlit LCD TV with support for all popular streaming services. The TV will run on Android 11 out of the box, but it isn't clear whether the TV will have the new Google TV UI. You can learn more about the TCL P725 here.

IN other TCL news, it is possible that TCL will bring Android 11 to its 2020 and even some 2019 TVs. You can learn more about it here.

In other TV news, LG has announced that it is opening its WebOS platform to other TV manufacturers and more than 20 manufacturers from across the globe have committed to partnering with LG for WebOS. You can learn more about new TVs that will come with LG’s WebOS here.