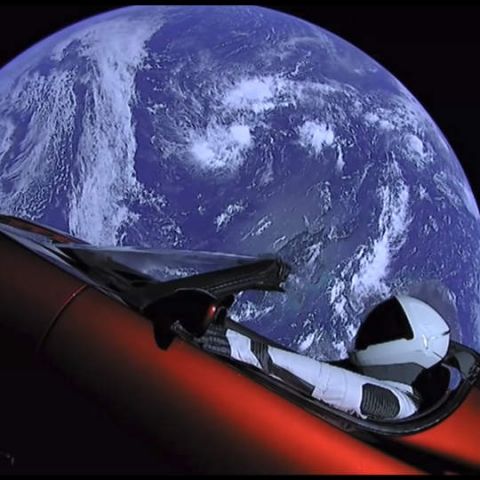 A few days ago, a Tesla Roadster went to a place where no other car like it has gone before, outer space. Strapped onboard SpaceX’s Falcon Heavy Rocket, the Elon Musk’s own Tesla was the payload for a demonstration mission and was sent into space because it was “something fun.” The initial plan was to place the car in a heliocentric orbit at a distance approximately the same as the one between Mars and the Sun. However, it seems like the final burn that was supposed to push the car towards the red planet went a little too well as it will now overshoot Mars and reach all the way to the asteroid belt between Mars and Jupiter. In fact, it may come close to the dwarf planet, Ceres located in that region of the Solar System.

There are no plans for the Tesla and its fate was not the highlight of the mission. The Falcon Heavy rocket launch was the big story itself. With that launch, SpaceX's new rocket became the largest operational rocket in the world. It’s capability to lift 64 metric tonnes into orbit is nearly twice that of its nearest competitor, the Delta IV Heavy. To lift its payload into orbit, the Falcon Heavy sports 27 Merlin engines divided into three separate cores, each with nine rockets. In total, the rocket can generate 22,819 Kilonewtons of thrust, which is approximately equal to eighteen Boeing 747 aircraft ay full power.

However, even more interesting than its impressive power, is the fact that the rocket is designed to be reused, just like the smaller Falcon 9 rocket. All three cores are designed to land back on Earth to be used again. However, while the two side boosters landed back at Cape Canaveral almost perfectly, the central core was lost when it attempted to land on the “Of Course I Still Love You” droneship stationed at in the Atlantic Ocean.