India is the fourth country to have tested an ASAT missile in a show of force. The missile, part of Mission Shakti, intercepted its target and destroyed it in 3 minutes. 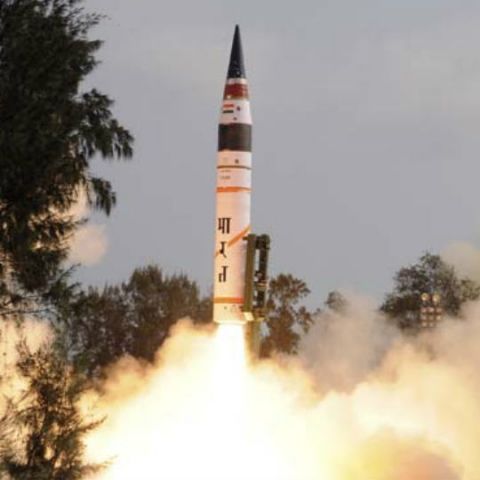 Prime Minister Narendra Modi announced earlier today that India had successfully tested its anti-satellite (ASAT) missile by destroying a predetermined target of a defunct satellite in low earth orbit. Executed as part of Mission Shakti, the demonstration made India the fourth country in the world to have the ability to take down low-orbit satellites after China, Russia, and the United States of America. Though no ASAT system has been used in warfare until now, some nations have destroyed their own satellites (usually defunct) in a show of force.

An anti-satellite missile (also known as an ASAT missile or an ASAT system) is a missile launched either from a fighter aircraft or from the ground using a missile canister. Capable of destroying enemy satellites in low earth orbit (within an altitude of 2,000 kilometres), an ASAT missile is considered one of the elements used in space warfare. The Indian ASAT missile tested earlier today as part of Mission Shakti was developed by DRDO and took 3 minutes to complete the intercept.

Building and testing ASAT missiles wasn’t a priority in defence strategies until the early 1980s. On September 13, 1985, the United States Air Force-built ASM-135 ASAT was launched from a modified F-15 Eagle fighter aircraft to take out Solwind P78-1, an American gamma ray spectroscopy satellite launched in 1979. This is known to be the first successful intercept of an ASAT missile even though the Soviet Union too held its own trial launches around the same time.

In an interview conducted by NDTV last year, DRDO Chairman S Christopher spoke about India’s intercontinental ballistic missile, the Agni V. When asked if the Agni V could be used as an ASAT missile, he responded, “You have any ballistic missile which normally goes for a thousand kilometres plus height-wise, any of them can be applied. You do not necessarily need to specially use Agni-V."