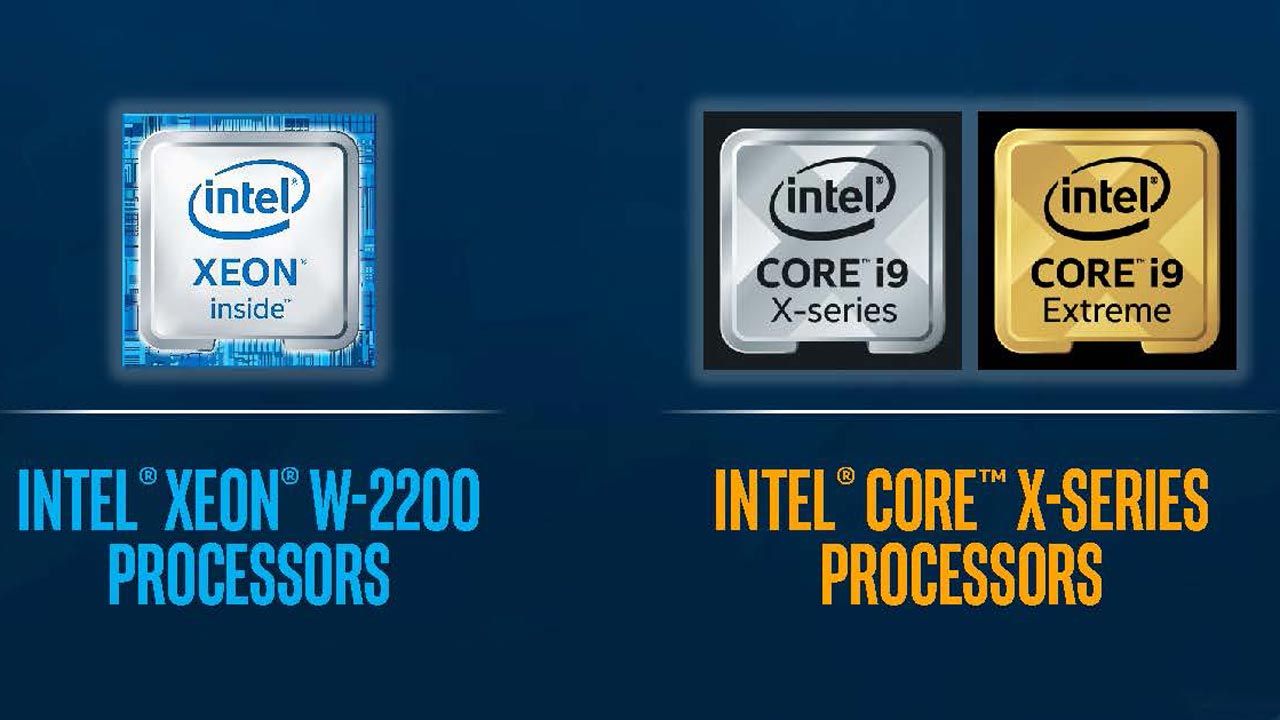 New Xeon and Core-X CPUs offer up to 72PCIe lanes

Intel has today announced new processors in its Xeon and Core-X series. Along with announcing a host of new processors in the W and Core-X series, the company has also announced price cuts across the table, all while launching the new processors at a more reasonable price than before. Intel is positioning the new W and X series chips towards content creators, with the X-series for casual creators and the new Xeon processors for professionals. Besides more cores and more PCIe lanes, Intel is also boasting of AI-acceleration and faster connectivity through wired and wireless means. The new processors will continue to use the X299 chipset, although we expect OEMs to launch new boards to support some of the newer features. 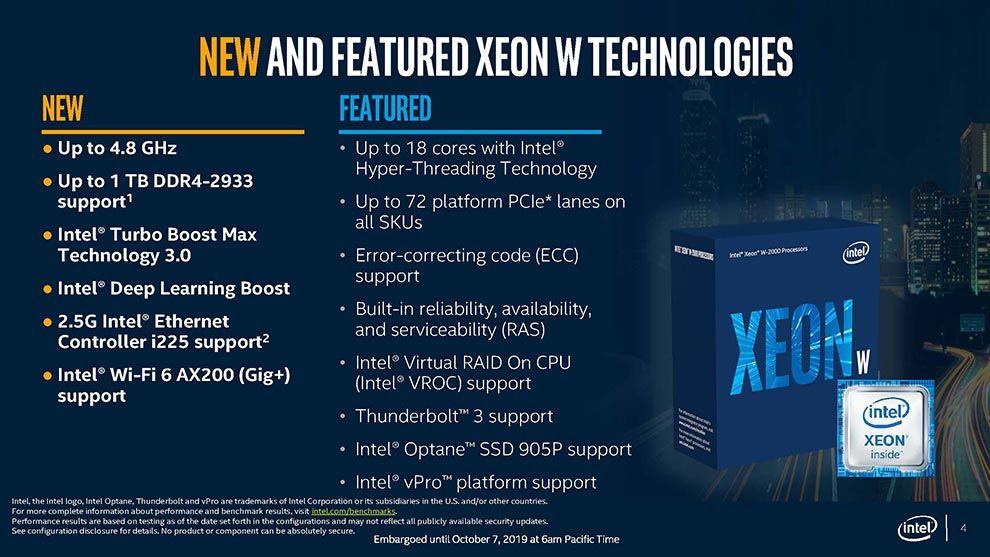 In addition to the above hardware upgrades, the new processors also come with Intel’s Deep Learning Boost, Wi-Fi 6 (Gig+) support along with Intel 2.5G ethernet controller i225 support. The new W-2200 processors also come with Thunderbot 3 support. Intel says that the new Xeon W-2200 series processors are perfect for Creators who use heavily multi-threaded applications such as video editing, 3D rendering, and compiling game code. 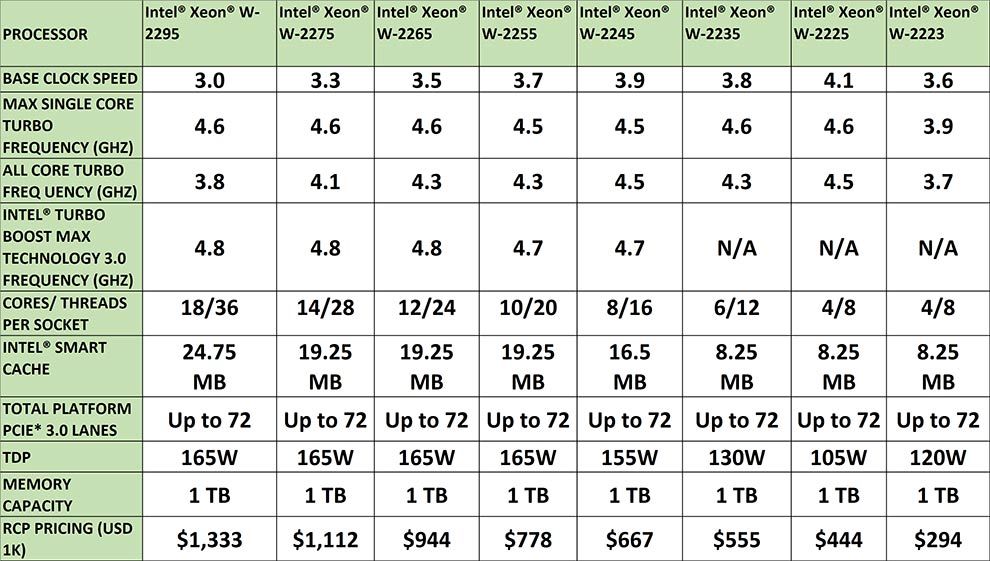 Along with the Xeon series, Intel also revealed the new Core-X series processors. Unfortunately due to an untimely leak, these processors had to be announced sooner, however, the pricing and availability has only been made public today. Intel has announced four new i9 processors in the Core-X series, which the company says will be fully unlocked, meaning the processors will be fully overclockable. The top of the line processors, the i9-10980XE comes with 18 cores and 36 thread with an all-core turbo frequency of 3.8GHz, and a single core turbo frequency of 4.8GHz. You can see the specifics of all the chips in the chart below. 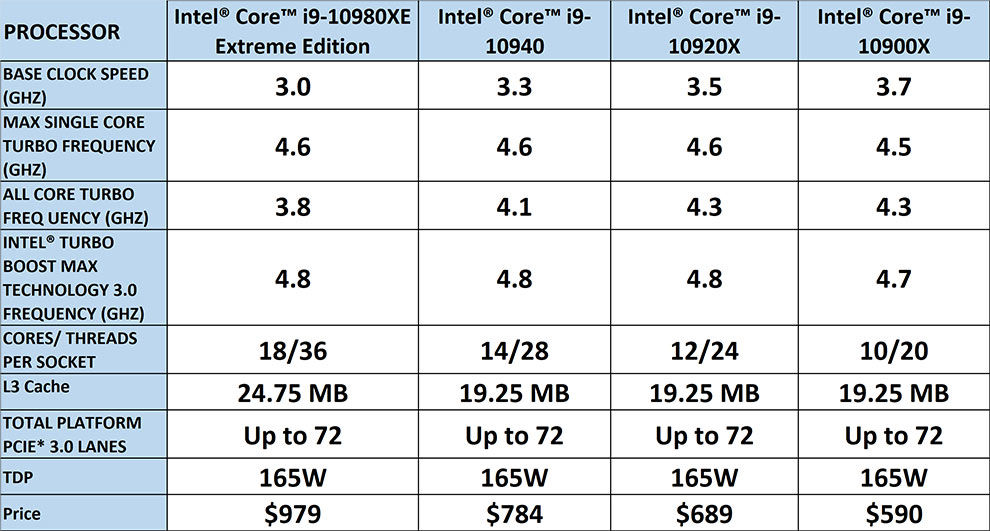 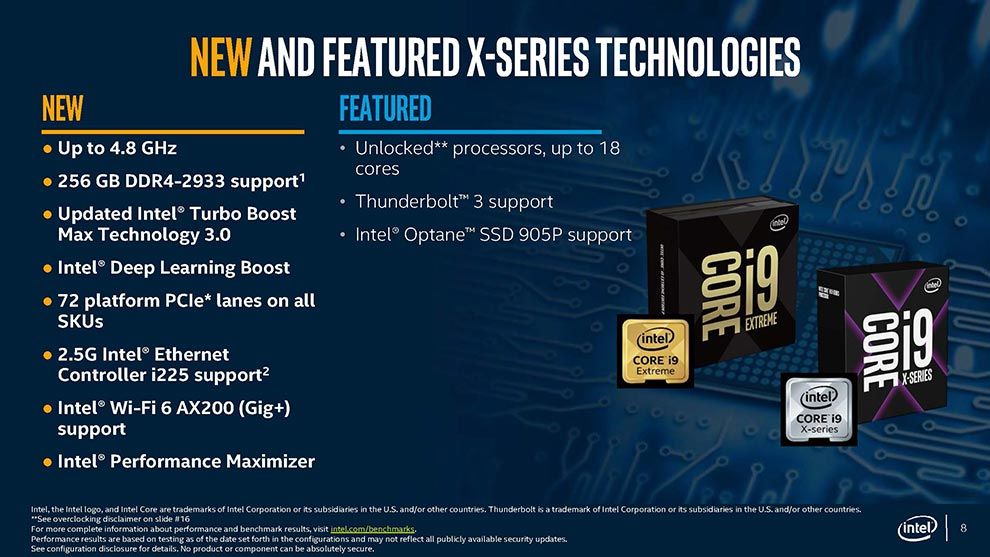