The smartphone was apparently kept on a desk and wasn’t charging or dropped when it caught fire.

Xiaomi reportedly says it happened due to ‘customer induced damage’

There have been numerous instances where devices from different smartphone manufacturers have either caught fire, burst into flames or allegedly exploded. Most notable of all these cases has to be the Samsung Galaxy Note 7 debacle, which was a lesson not only for the South-Korean smartphone maker but for every other company in the business. Now, as per a Gadgets Now report, another such case has come to light and this time, it's a Xiaomi smartphone that allegedly caught fire. Ishwar Chavhan, a resident of Mumbai has alleged that out-of-the-blue, his Xiaomi Redmi Note 7S caught fire.

As per the report, Chavhan purchased the Redmi Note 7S from Flipkart in October and it was working as expected. However, on November 2 at around 5 PM, the handset was kept on a table and caught fire on its own, its owner claims. The device was neither charging nor was it dropped. However, the owner claims that a faint smell of something burning caught his attention and he noticed his device had caught fire. Five days after contacting Xiaomi customer care, the company apparently got back to him saying there was some defect with the battery. However, later, in a statement, the company said that the damage caused was due to external force. 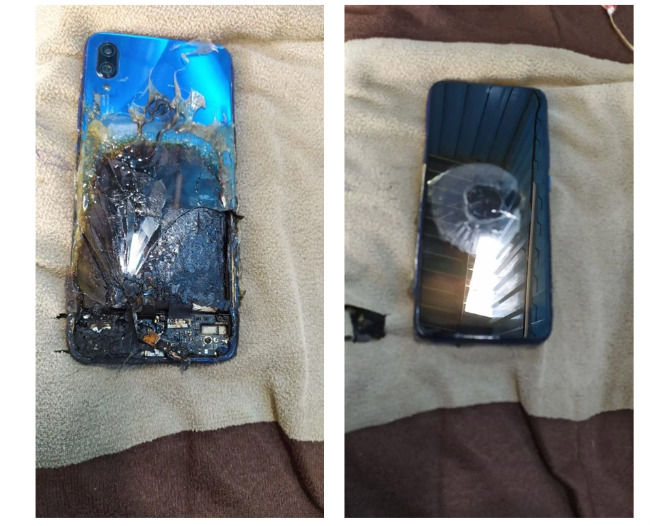