Xiaomi Redmi Note 5 specs and prices leak ahead of launch 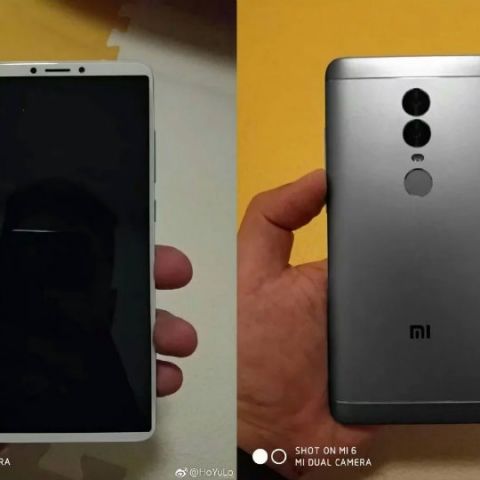 After launching the Xiaomi Redmi 5 and 5 Plus in China, it is rumored that Xiaomi is all set to take the covers off of the Redmi Note 5. The phone is speculated to offer a similar design as the Redmi 5 Plus offering an FHD+ display resolution.

According to a leak by Mydrivers, the phone will feature an integrated metallic chassis with nano-injection molding antenna design, which most modern day phones now use. It is also suggested that the Redmi Note 5 will be the first Redmi phone to support dual cameras. The phone is likely to carry a 16MP primary sensor along with a 5MP secondary sensor. Although, at the moment there is no news on how the setup would be implemented.

On the front, the Redmi Note 5 may feature an 8MP selfie camera. The phone will be launched in two variants codenamed MEE7S and MET7S which recently received approval from 3C, the Chinese product certification authority.

One variant of the Redmi Note 5 is expected to feature 3GB RAM and 32GB storage which might be powered by a Qualcomm Snapdragon 630 SoC. The higher variant, on the other hand, may sport a Snapdragon 636 SoC by Qualcomm with 4GB RAM and 64GB storage.

The new leak also suggests that the phones could be priced at 1,499 Yuan (roughly 15,000 rupees) and 1,799 Yuan (roughly 18,000 rupees) respectively. Both phones may sport a 5.99-inch display and a fingerprint scanner at the back. Xiaomi is likely to launch the phone by February end with Android Nougat out of the box, layered underneath MIUI 9. The smartphone is rumored to offer support for facial-recognition as standard.