The Vivo X50 series is scheduled to launch in India on July 16. Both the OnePlus Nord and the X50 Pro are confirmed to be powered by the Qualcomm Snapdragon 765G, making them the first onslaught of phones with the premium mid-tier chip in India. 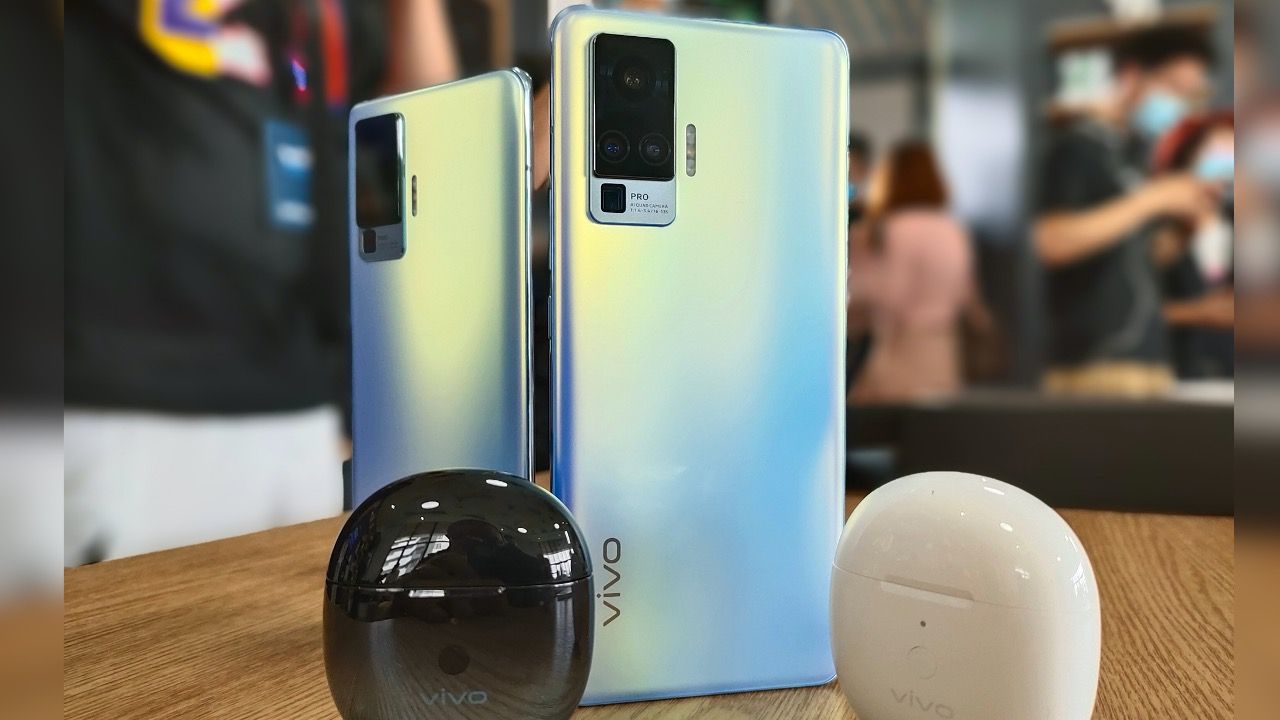 The vivo X50(₹ 29149 at amazon) Series has an official launch date in India. The company revealed it will be announcing the flagship series on July 16. The X50 series is vivo X50 series to launch in India on July 16: Key features, expected price and more already available in the Chinese market and Vivo confirmed it will be launching the Vivo X50 and the Vivo X50 Pro in India, with the X50 Pro+ remaining exclusive to China for now.

Going by the features and hardware announced in the X50 series, especially the X50 Pro, we can't help but wonder if the launch is happening to spoil OnePlus' big reveal of the Nord. Lots of things are going to be similar between the two smartphones and the success of each may come down purely to the price points they are targetting. Both the OnePlus Nord and the X50 Pro are confirmed to be powered by the Qualcomm Snapdragon 765G, making them the first onslaught of phones with the premium mid-tier chip in India. Both phones are also confirmed to come with 90Hz AMOLED displays, but while Vivo will bank on gimbal-stabilised rear camera setup, OnePlus aims to impress buyers with its signature speed and smoothness. Here, we look at everything that the Vivo X50 series is confirmed to offer in India.

Vivo to launch Vivo X50 and X50 Pro in India

With the confirmation coming in that only two of the smartphones in the series will see the light of the day in India, the X50 series marks the arrival of some interesting new features and hardware in the premium segment. The company earns its bread by competing fiercely in the budget and mid-range segment, but after the likes of Xiaomi, Realme and iQOO going up the price ladder, the X50 Series will help Vivo take the competition to the premium segment.

The smartphone will launch in India on July 16 and will be available on both Flipkart and Amazon India. Between the two, the X50 Pro will be the star of the show, while the X50 will be the less powerful sibling. Here are some of the key features that we look forward to in the Vivo X50 series —

So far, only the OnePlus Nord was poised to bring the Snapdragon 765G to India, the mid-range chipset which Qualcomm unveiled alongside the flagship Snapdragon 865 with an integrated 5G SoC and some powerful CPU and GPU chops.

However, with the X50 series launch scheduled ahead of the July 21st launch of the OnePlus Nord, the X50 Pro will be the first smartphone to officially launch with the Snapdragon 765G in India. It opens up a world of possibilities, going by the reviews of other Snapdragon 765-powered smartphones globally. The chipset is the more pragmatic choice over the expensive Snapdragon 865. Even the Google Pixel 5 is heavily rumoured to be powered by this premium mid-range chip.

It’s not the chipset inside that will grab the attention of the masses when the X50 Series will launch. That would be the rear camera setup, particularly on the Vivo X50 Pro. The primary camera houses the Sony IMX598 48MP sensor along with an f/1.6 aperture lens. It’s also stabilised by a gimbal to help with long exposure shots and videos. There’s also an 8MP periscope lens with 5X optical zoom along with another 8MP ultrawide lens.

The regular X50 also houses the same 48MP primary camera but replaces the periscope lens with a 5MP macro lens and a 13MP portrait telephoto lens, something that we are probably going to see for the first time on a smartphone. What’s also missing in the regular X50 is the gimbal OIS itself. That’s only exclusive to the Pro variant.

Both the Vivo X50 and the Vivo X50 Pro sport a 6.5-inch AMOLED display with 90Hz refresh rate along with HDR10+ certification. The only difference between the two phones, as far as the displays are concerned, is that the X50’s display is flat while the X50 Pro is curved along the edges. There’s a 32MP selfie shooter drilled into the top corner of the smartphone. Both phones will also rock an in-display fingerprint sensor.

If we had to make a wild, wild guess, the regular Vivo X50 would be priced just above Rs 30,000 while the X50 Pro should keep the price under the Rs 40,000 mark. Doing so, Vivo may open up a new segment of premium smartphones powered by mid-range processors, but more than makeup for the shortfall in performance via the camera innovations. Will there be others in this upcoming new segment in India alongside the X50? Well, the OnePlus Nord will certainly give them nightmares, or vice versa. We’ll have to wait and see whether the likes of Nokia, Moto, and Xiaomi also bring their Snapdragon 765G-powered devices to India to shake things up with some good ‘ol competition.