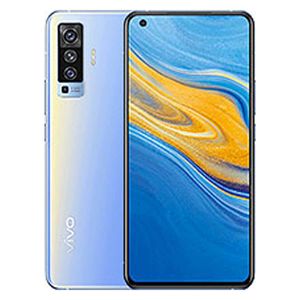 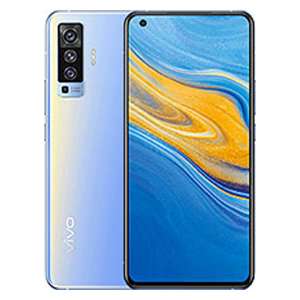 Vivo has launched the Vivo X50 and the Vivo X50 Pro smartphones in India. The Vivo X50 has a 6.56-inch AMOLED display with a Full-HD+ resolution, a 90Hz refresh rate, and comes with HDR10+ certification. The phone runs on the company’s proprietary Funtouch OS 10.5, which is based on Android 10. Under the hood, the device uses the Qualcomm Snapdragon 730 octa-core SoC with 8 GB RAM.  The device has a

quad rear camera setup which includes a 48 MP primary camera. For selfies, the phone supports a 32 MP front camera. Connectivity options included in the device are Bluetooth, Wi-Fi, GPS, 3G, 4G, USB, etc. Vivo X50 is priced at Rs 34,990 in India for the 128 GB storage variant, while the higher 256 GB storage option is priced at Rs. 37,990.

Vivo has launched the Vivo X50 and VIvo X50 Pro in India. The smartphones have a similar hole-punch display design and come with 32 MP selfie camera, Android 10 OS, and are powered by Qualcomm snapdragon octa-core processors. The price of the Vivo X50 in India starts at Rs. 34,990 while the Vivo X50 Pro is priced starting at Rs 49,990.

For clicking selfies, the Vivo X50 features a 32 MP selfie camera at the front. The phone comes preloaded with a number of features such as Super Night HDR, Pro Sports Mode, Motion AF Tracking, Astro Mode, Extreme Night Vision, and an Instant Vlog.

Under the hood, the phone is powered by an octa-core Qualcomm Snapdragon octa-core 730 processor paired with 8 GB of RAM. It comes with an in-display fingerprint sensor. The phone runs on the company’s proprietary Funtouch OS 10.5, which is based on Android 10.

The Vivo X50 has 2 variants, one with 128 GB memory and the second with 256 GB of onboard storage. Both the variants have non-expandable phone memory. The phone has a 4,200mAh battery that supports 33W Flash Charge fast charging technology.

The Vivo X50 has 128 GB and 256 GB of onboard storage which is non-expandable. Connectivity options included in the device are 4G LTE, Wi-Fi, Bluetooth v5.1, GPS/ A-GPS, and a USB Type-C port.

The Vivo X50 is available in 128 GB and 256 GB of onboard storage variants. Under the hood, the phone is powered by an octa-core Qualcomm Snapdragon octa-core 730 processor paired with 8 GB of RAM. The phone runs on the company’s proprietary Funtouch OS 10.5, which is based on Android 10.

Vivo X50 Pro+ could launch alongside the Vivo X60 series in India, according to the latest leak. The X50 Pro+ was launched back in June 2020 but it did not arrive in India. However, the...

Vivo X60 series could be making its way to the Indian shores, as per the latest leak. The Vivo X60 and X60 Pro made their debut in December 2020 followed by the X60 Pro+ on...

Vivo is looking to refresh its S7 series portfolio as a new leak suggests that the Vivo S7t is in the works and may launch in the Chinese market soon. Vivo launched the S7 last year...

Vivo X60 Pro+ has officially launched with flagship Snapdragon 888 and is backed by Zeiss optics. The X60 Pro+ follows the X60 series that was launched in December 2020 and is a bit different from...