Vivo V20 and V20 Pro to launch in India soon

Vivo V20 SE price has leaked online courtesy of retail listings ahead of its launch alongside the Vivo V20 Pro in India. The Vivo V20 SE and V20 Pro have been teased to launch in India soon, according to Vivo India CEO. The V20 was launched on October 13 in India while the V20 Pro made its global debut back in September.

According to the listings on Reliance Digital and Croma, the V20 SE is priced at Rs 20,990 for the sole 8GB+128GB option. The listings for the V20 SE on both the retail stores reveal the specifications of the phone and confirm that it will be offered in Gravity Black colour. 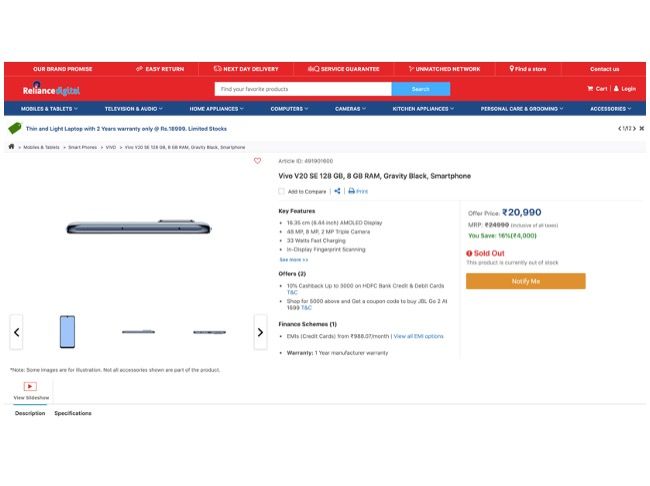 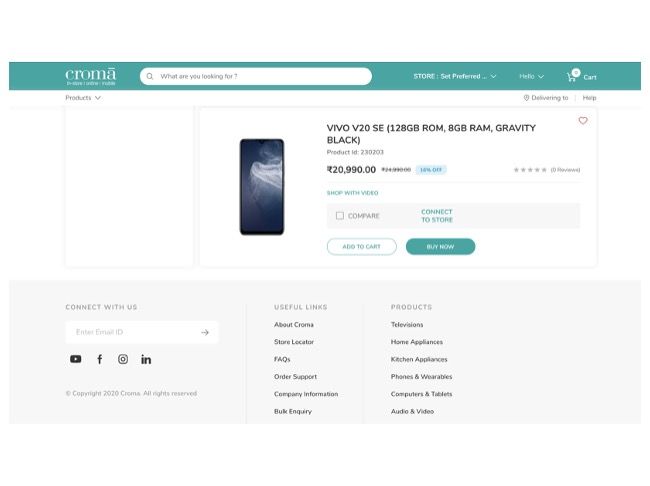 This is in line with our previous reports that pegged the price of V20 SE to be around Rs 20,000-mark. As the V20 currently retails for Rs 24,990, the V20 Pro is expected to be priced close to the Rs 30,000-mark as it is powered by the Snapdragon 765G processor. That said, there’s no official word on the exact launch date of the V20 SE and V20 Pro in India yet. Let’s take a brief look at the specifications of the V20 SE and V20 Pro. 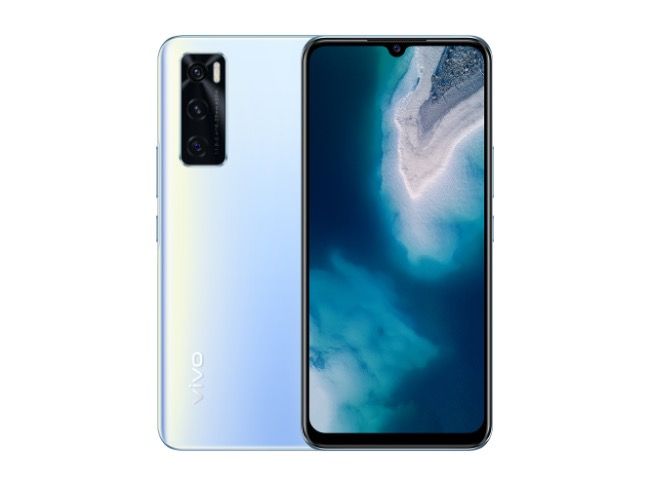 Vivo V20 SE has a plastic build that measures 7.8 millimetres in thickness and weighs 171 grams. The phone features a 6.44-inch Full HD+ (2400 x 1080 pixels) resolution display that uses an AMOLED panel with a waterdrop notch for the selfie camera and an in-screen fingerprint sensor.

The V20 SE is powered by the Qualcomm Snapdragon 665 processor with an octa-core CPU and Adreno 610 GPU. This is paired with 8GB RAM and 128GB storage along with the option to expand the storage by using microSD cards. It runs on Android 10-based FunTouchOS 11.

Vivo V20 SE has a triple camera setup on the back that consists of a primary 48MP camera with an f/1.8 aperture, an 8MP ultra-wide-angle camera and a 2MP depth sensor. On the front, there’s a 32MP selfie camera housed within the notch.

The V20 SE is equipped with a 4,100mAh battery with support for 33W fast charging out-of-the-box.

Vivo V20 Pro features a 6.44-inch Full HD+ (2400 x 1080 pixels) resolution display that uses an AMOLED panel. There is a wide notch upfront that houses the two selfie cameras and the screen is also home to a fingerprint reader. The phone measures 7.49 millimetres in thickness and weighs 170 grams.