The Sony Xperia L will start hitting store shelves in India from May 8. 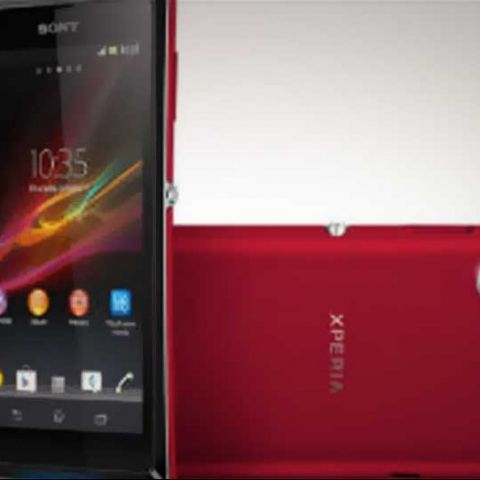 The Sony Xperia L, a mid-range Android smartphone with a 4.3-inch display, is now available for pre-order online on Infibeam for Rs. 18,990. According to a press release issued by the online retailer, the Xperia L will become available in three days time from May 8 onwards. The Xperia L was first unveiled at the Mobile World Congress held in Barcelona in February and will be made available in other countries at around the same time as India.

The Xperia L’s 4.3-inch display has a resolution of 480x854 pixels and a pixel density of 228 ppi. The Sony smartphone offers internal storage of 8GB and supports microSD cards up to 32GB. The device is compatible with all modern connectivity standards including Bluetooth 4.0, 3G, Wi-Fi (with Hotspot) and DLNA. Imaging is taken care of by an 8MP camera complemented by an LED flash and ability to record 720p videos at 30 fps. The Xperia L comes out of the box with Android 4.1 (Jelly Bean) and is powered by a dual-core Qualcomm Snapdragon processor clocked at 1GHz, an Adreno 305 GPU and 1GB of RAM. A 1750 mAh Lithium Ion battery keeps the Xperia L alive.

The Sony Xperia L now joins the Xperia SP, the Xperia E, the Xperia ZL and the Xperia Z as the four Android Jelly Bean powered Android handsets from Sony available in the market today across various price-points.