Samsung SM-G9298 flip smartphone features dual 4.2-inch AMOLED display with the one on the outside supporting always-on mode. The smartphone will only be available in China for now. 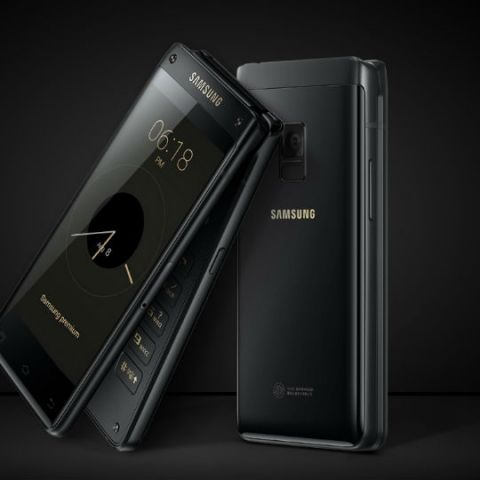 Samsung has finally announced its flip smartphone with dual display and Qualcomm's Snapdragon 821, the chipset also found on Google's Pixel series and LG G6. The smartphone is called the Samsung G-9298 and will be the successor to last year's W2017 flip smartphone. It is an incremental update to last year's W2017 flip phone and is now powered by the Snapdragon 821 chipset, coupled with 4GB of RAM and 64GB storage. It also offers support for expandable storage up to 256Gan via a SD card slot. In terms of camera, the phone offers a 12MP dual pixel autofocus rear camera with f/1.7 aperture and a 5MP front camera with f/1.9 aperture.

The smartphone has a rear mounted fingerprint scanner and it seems more accessible than the one found on Samsung's Galaxy S8 series. It supports WiFi, Bluetooth 4.1 and uses a microUSB port. The handset is backed by a 2300mAh battery and supports wireless charging. Unfortunately, this new flip smartphone is only available in China and there is no word on price just yet. It is also unclear whether Samsung will bring this device to any markets outside of China.