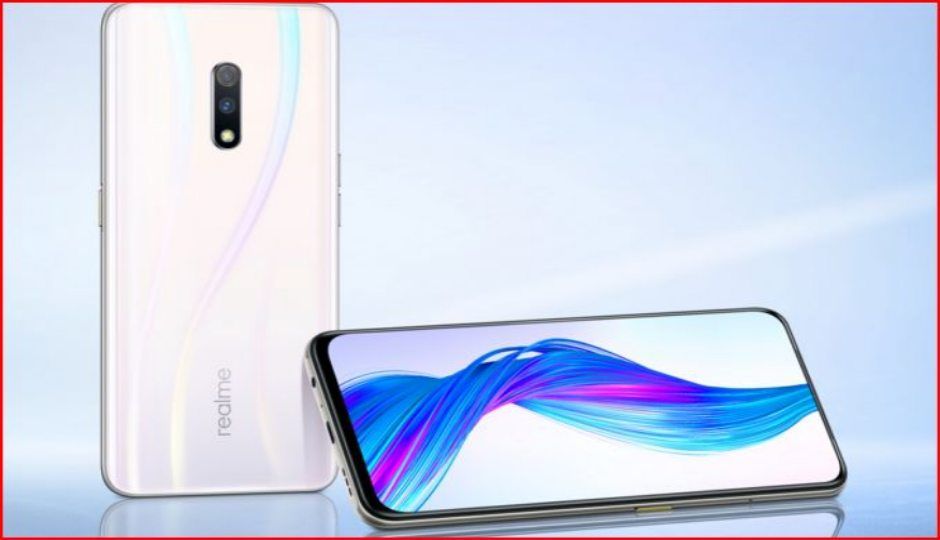 Realme X goes on early sale today at 8pm on Flipkart and Realme.com

The handset will be available today for users who participated in the phone's pre-registration.

Realme launched its mid-range Realme X (review) smartphone a few days ago, which will be available for purchase on July 24 in the country. However, the company is hosting a special "hate-to-wait" sale today at 8pm on Flipkart, which is meant for users who pre-ordered the device last week during the 'Blind Order.’ The new Realme X runs on a Qualcomm Snapdragon 710 SoC and comes equipped with a pop-up front camera. It also gets an in-display fingerprint sensor and is backed by a 3745mAh battery, which supports 20W VOOC-charge technology. The handset goes up against the likes of Redmi K20, Oppo R17 Pro and other mobile phones.

The Realme X comes equipped with a 6.53-inch Super AMOLED display with a 19.5:9 display aspect ratio. The screen features a resolution of 2340 x 1080 pixels and is touted to have a 91.2-percent screen-to-body ratio. It is powered by the Snapdragon 710 chipset and comes with up to 8GB RAM and 128GB of internal storage. As mentioned earlier, it is backed by a 3745mAh battery that supports 20W VOOC charging. Along with an in-display fingerprint scanner, the handset runs Android 9 Pie with ColorOS 6 on top.

In terms of optics, the Realme X is equipped with a dual-rear camera setup, which includes a 48MP primary Sony IMX586 sensor and a secondary 5MP depth sensor. The camera comes with features like Nightscape and Chroma Boost.  In Addition, the 16MP front camera is housed in the pop-up front camera mechanism.

The 4GB RAM + 128GB storage base variant of Reale X is priced at Rs 16,999, while its 8GB RAM + 128GB version costs Rs 19,999. The handset comes in Space Blue and Polar White colour models and will be available for purchase at 8pm on Flipkart and Realme.com. It seems as if only the 4GB RAM variant of the phone will be available on Realme's site while Flipkart listing suggests that both 4GB and 8GB RAM versions could be available for purchase during the sale.

Those who buy the phone on Flipkart will get to do so with an extra 10-percent discount using SBI credit cards and there’s also a no-cost EMI available on the device starting at Rs 2,834 per month.

You can read our Realme X spec comparison with Redmi K20, Vivo Z1 Pro and Moto One Vision here.