Realme Narzo 10 now available in a new Blue colour variant, here’s how you can buy

Realme has launched a third colour called That Blue that will go on sale from tomorrow on Flipkart and Realme.com. 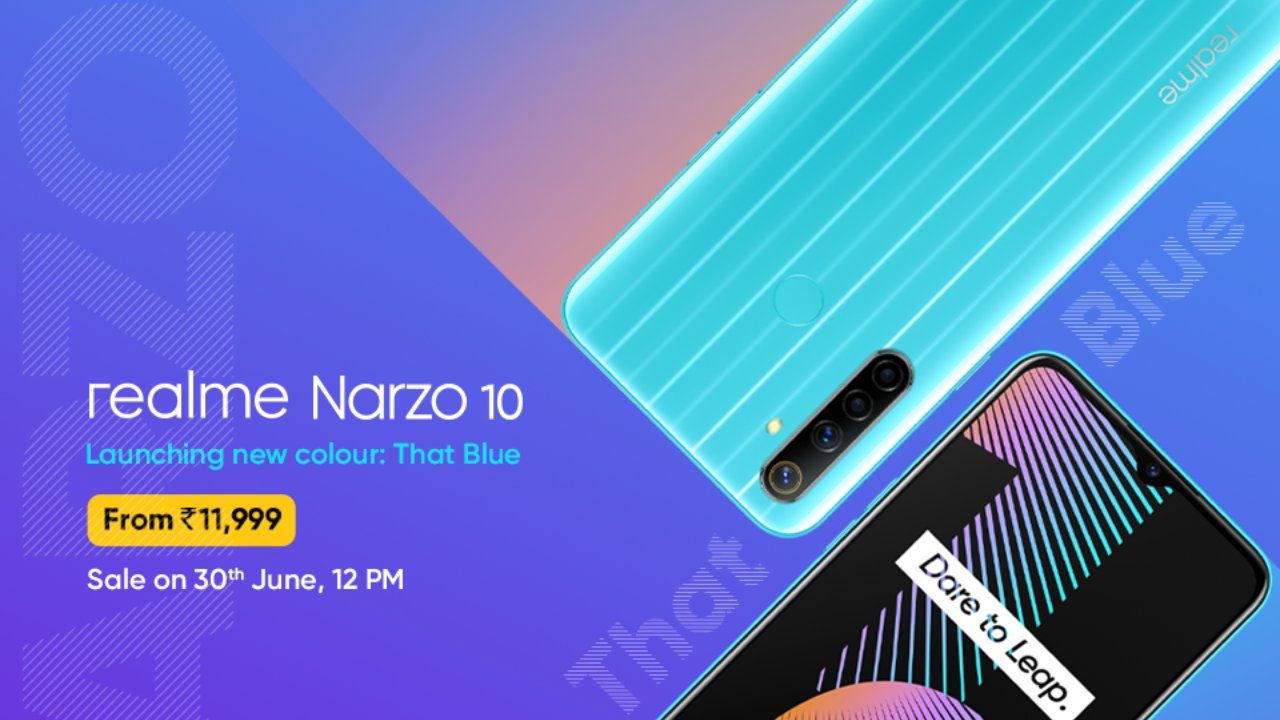 Realme Narzo 10 now available in a new Blue colour variant, here’s how you can buy

The Realme Narzo 10 may not be the best performing smartphone in the budget segment, but it’s surely one of the best looking. Designed by Japanese designer Naoto Fukasawa, the phone is crafted using a unique spray-painting process. At launch, Realme got the 'That White' and 'That Green' colour variants of the smartphone. Now, Realme has launched a third colour called 'That Blue'  which will go on sale from tomorrow on Flipkart and Realme.com.

The Narzo 10 That Blue also sports the same smooth texture finish, and gradient, glowing lines on the body. It’s available only in one variant priced at Rs 11,999. Realme also said the phone with the new colour variant will be available offline in select areas including Bihar, Maharashtra, Tamil Nadu, Gujarat, Rajasthan, Karnataka and Kerala.

The Narzo 10 runs on the MediaTek Helio G80, which is a 12nm SoC built for gaming and high performance. Sure enough, the gaming performance is decent considering the price. We were able to clock stable and high frame rates on PUBG: Mobile and COD Mobile. There’s 4GB of RAM and 1128GB storage.

The camera is where the phone is weak. The 48MP quad-camera setup is just about average. There’s an 8MP ultrawide lens with a 119-degree FOV, along with two 2MP sensors for macro and portrait photos. The Narzo 10 also offers a dedicated microSD card slot to expand the storage and features a rear-mounted fingerprint sensor.

There’s a 5,000mAh battery under the hood that tops up via a USB-C port and 18W fast charging. If you have been contemplating buying a good budget smartphone, here’s an in-depth comparison between the Realme Narzo 10 and Xiaomi Redmi Note 9 Pro.

Also, if you are confused about how to choose the right smartphone, here's our buying guide for smartphones you can follow.