Exciting offers, benefits & merch! This Red Cable Day will be full of surprises! 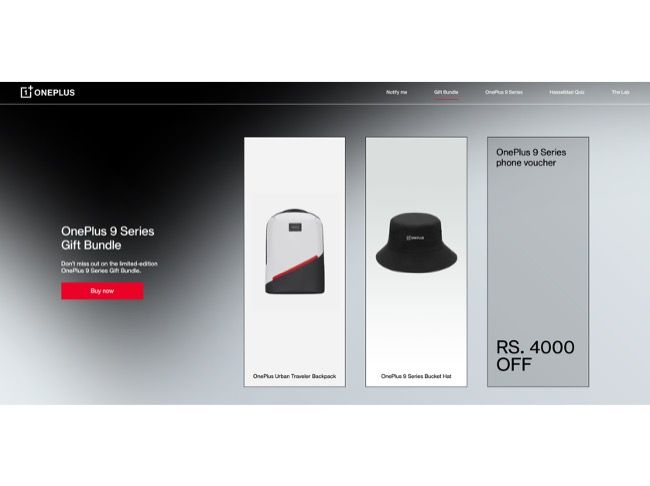 As part of the third Red Cable Day, OnePlus will be offering a special OnePlus 9 series gift bundle for its Red Cable Club members. The bundle will be available to purchase for Explorer, Insider and Elite tier members on the club and can be redeemed during the open sale.

OnePlus has priced the gift bundle at Rs 4,000 and it goes on sale from 9 AM on March 17. OnePlus says that the bundle is worth Rs 8,499 and includes the OnePlus Urban Traveler Backpack, OnePlus Hat and Rs 4,000 gift voucher for the OnePlus 9 series.

Those interested in buying the OnePlus 9 series gift bundle can do so by logging on to the OnePlus India website.

The OnePlus 9 and OnePlus 9 Pro are also likely to be equipped with a 4,500mAh battery that supports 65W fast charging out-of-the-box which debuted with the OnePlus 8T in October.