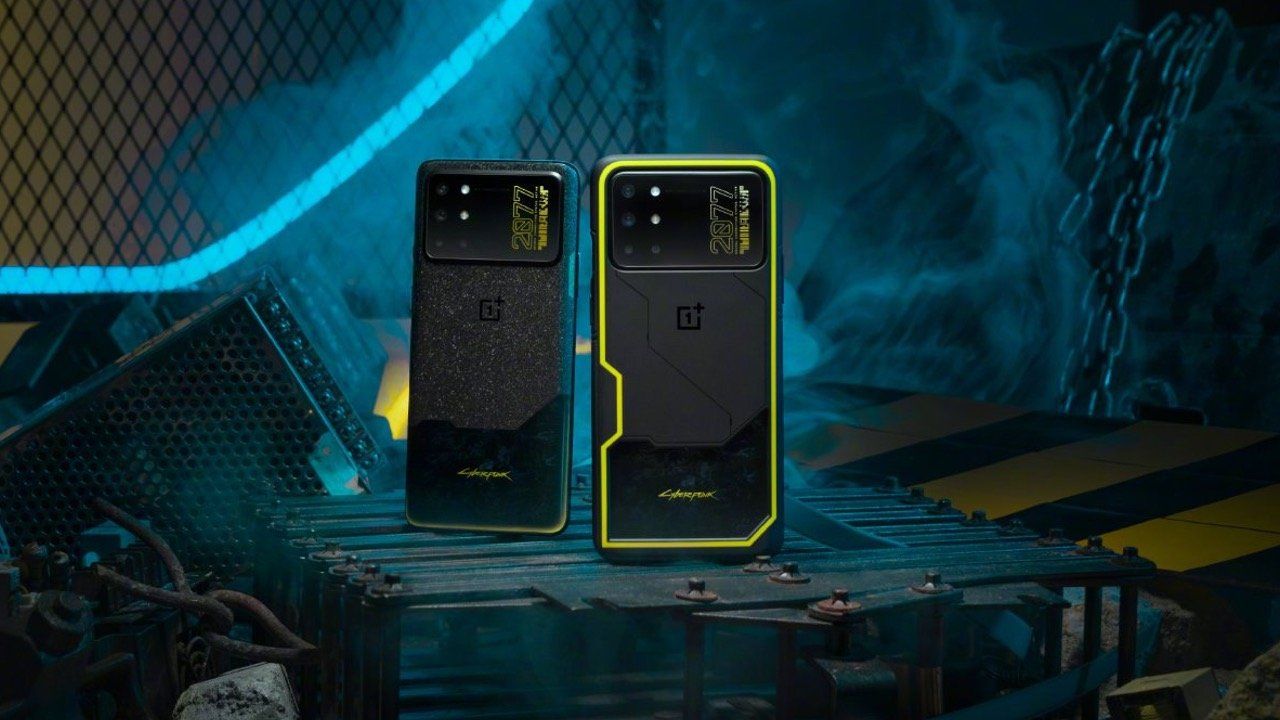 OnePlus 8T(₹ 38999 at amazon) launched and looks right out of the game with its massive camera module and revamped back panel. The company had been teasing a special edition of the OnePlus 8T that was set to coincide with the launch of the much-awaited CD Projekt Red's Cyberpunk 2077 game, however, the game's release was pushed back to December 10 . 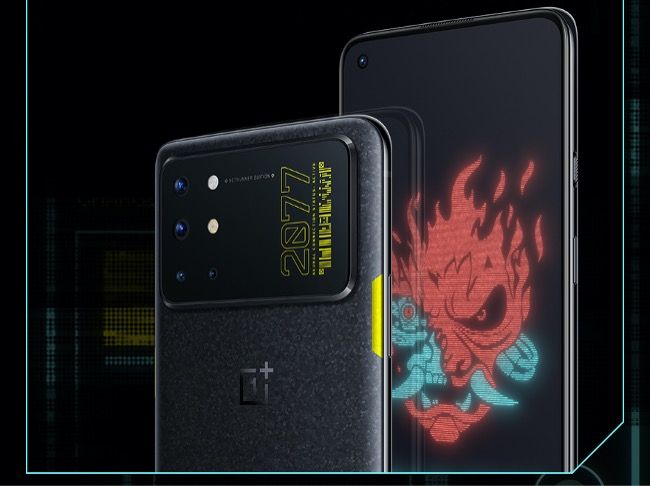 That being said, the OnePlus 8T Cyberpunk 2077 edition has a redesigned rear panel that features a rather big camera module with “2077” imprinted. The upper half of the back panel has a snow-flake pattern beneath with a matte texture while the bottom half has a glossy finish with a carbon-finish pattern. The name "Cyberpunk 2077" is embossed in the signature yellow color with the same color accents running along the lower half of the frame. The phone weighs tad a bit more than the regular OnePlus 8T at 194 grams 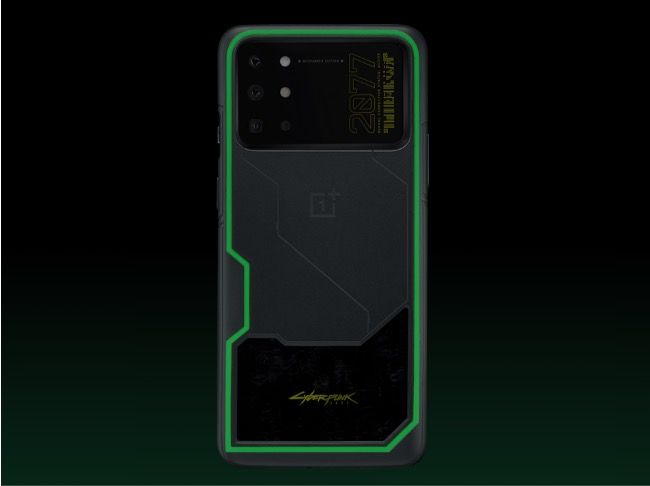 The power button and the volume rockers are flanked by yellow accents on the frame. The Cyberpunk 2077 edition of the OnePlus 8T also gets a glowing protective case along with customised stickers and a badge in-the-box. It also runs on a customised UI that features new charging animation, lock screen, fingerprint unlock effect, calling overlays and more such tweaks that are in-line with Cyberpunk 2077’s theme. 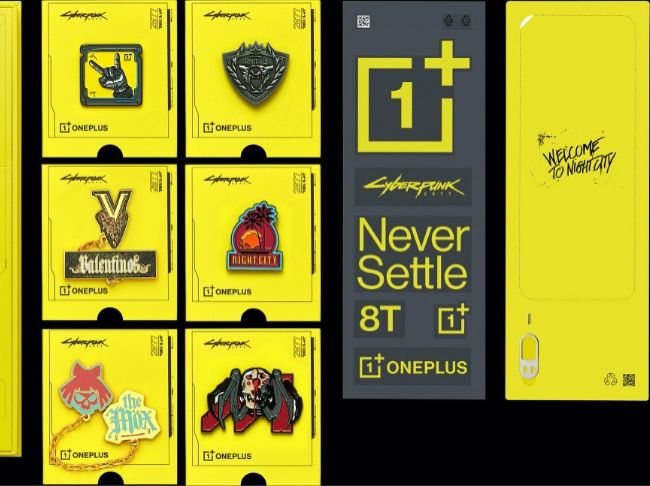 Apart from that, the internal hardware remains the same as the regular OnePlus 8T. The Cyberpunk 2077 special edition is being offered in 12GB+256GB storage option in China at CNY 3,999 which is roughly Rs 44,500 by direct conversion. There’s no official word on its availability outside of China for now.

OnePlus 8T was launched on October 14 in India starting at Rs 42,999 with a high-refresh-rate display, 65W fast charging and OxygenOS 11 to boot. You can read our review of the OnePlus 8T here. 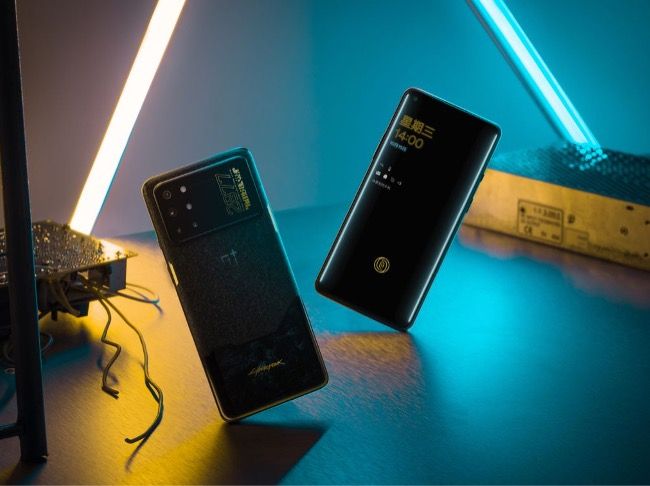 OnePlus 8T features a 6.55-inch Full HD+ (2400 x 1080 pixels) resolution flat-display with a 120Hz high refresh rate. There is a punch-hole cutout in the top-left corner for the selfie camera.