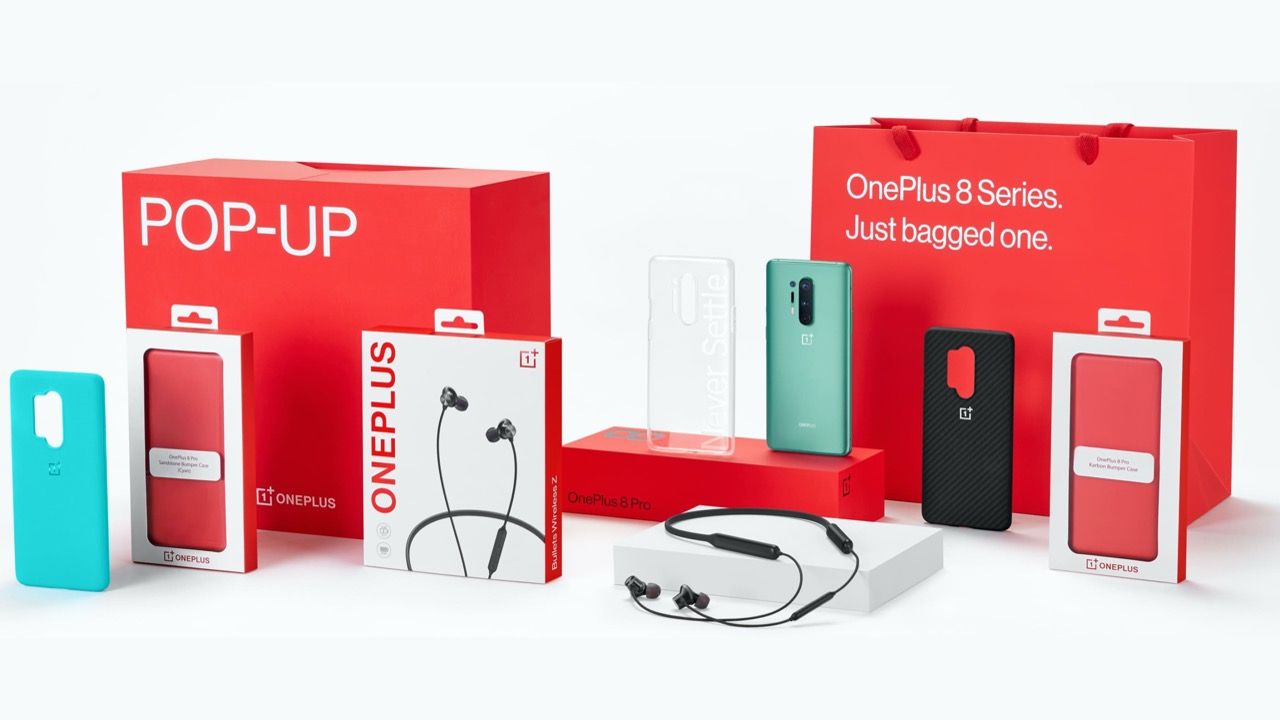 OnePlus is going to announce its next generation of flagship phones, the OnePlus 8 series in just a few hours. The launch event is being held online due to the Coronavirus outbreak in various parts of the world.

As such, regular launch activities that include meet-ups and pop-up unveils aren't happening anytime soon. However, pictures of a purported "pop-up box" have made it to the Internet, giving us a look into the contents of the promotional gift box.

Here's what you are getting in the OnePlus 8 series pop-up box.

It's unclear whether the regular OnePlus 8 pop-up box also has the same contents or it even exists, for that matter.

Apart from these products and accessories, there doesn't seem to be a OnePlus goodie in the bag this time around.

Nevertheless, there's nothing at this point about the OnePlus 8 series that hasn't been leaked out. The new phones use fifth-generation matte-frosted glass, aluminum chassis, an A+ rated display and top-of-the-line processor.

You can head to our concise report on everything there is to know about the OnePlus 8 series of phones.

OnePlus will also introduce it's first Warp Charge 30 wireless charging dock during the event, for the OnePlus 8 Pro.

Also, check out how to watch the live stream of OnePlus 8 launch in India tonight that starts from 8:30 PM IST.