The OnePlus 7 Pro is put through JerryRigEverything’s durability test.

The smartphone is scratched, bent, and exposed to an open flame. 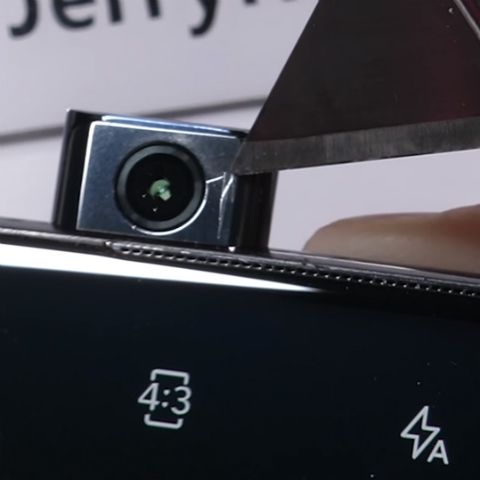 Zack from JerryRigEverything is well known for testing the durability of smartphones. Over the years, the YouTuber has put multiple phones through their paces to figure out which ones survive the scratch, flame and bend tests. The OnePlus 7 Pro is the latest handset to go through Zack’s harsh tests and, while it was pretty dinged up by the time tests concluded, it did well enough to earn a thumbs up from the YouTuber. As always, the tests start with unboxing the handset, which is followed by a scratch test. The OnePlus 7 Pro fares well here as it is protected by Gorilla Glass 6.

Visible scratches show up on the screen with a level-six Mohs pick with deeper grooves appearing at level seven. This is in line with what other flagship phones exhibit, like the Samsung Galaxy S10 and the iPhone XS Max. Next up is the phone’s earpiece, which is resilient to Zack’s blade but the pop-up camera is not so tough. While the sides and the top of the front-camera are made of metal, the portion surrounding the lens is made of plastic and scratches easily. However, this area is unlikely to be scratched as it pops back into the phone with the camera. The lens on the front camera also doesn’t scratch easily, neither does the rear panel, nor the triple camera setup on the back.

The sides of the OnePlus 7 Pro are made of metal and produce that well-known head-splitting torturous sound when Zack scratches it with a blade. Next up is the flame test and the smartphone passes this test with flying colours. While we have seen pixels on the flagship phone’s display die when put through this test, the OnePlus 7 Pro impressed us as nothing happened when it was subjected to an open flame for about a minute. The oleophobic coating burned off but that is inevitable. The phone was put through the bend test where it exhibited slight flex but nothing snapped. Overall, the OnePlus 7 Pro passed JerryRigEverything’s durability test with flying colours.