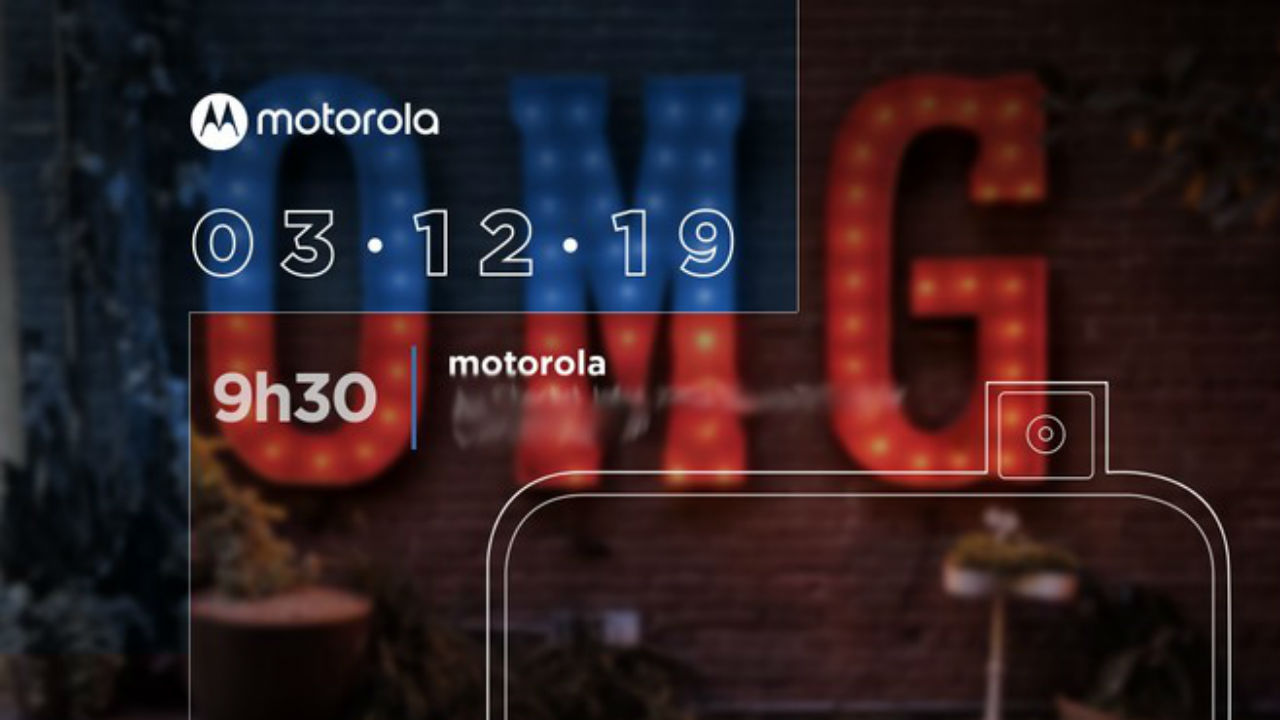 The smartphone will be unveiled in Brazil.

The smartphone is expected to house a 6.39-inch FHD+ display.

It is expected to be powered by the Snapdragon 675 SoC.

Motorola has teased a smartphone launch event for December 3 in Brazil. The teaser image shows a smartphone with a pop-up camera. There is only one smartphone from Motorola rumoured to house a pop-up selfie camera - the Moto One Hyper. Earlier reports of the smartphone hint at a 6.39-inch IPS LCD display with a Full HD+ resolution. Under the hood, the device is speculated to have a Qualcomm Snapdragon 675 Chipset. The selfie camera, which will be housed in a pop-up mechanism, similar to what we’ve seen on The OnePlus 7 Pro, will house a 32MP selfie camera. The rear of the device is expected to have a 64MP camera accompanied by an 8MP depth sensor. It could also sport 128GB built-in storage. The only piece of information missing is the pricing and colour options. There is also no information on whether the device will make its way to India.

Speaking of Motorola, the company showcased its foldable phone called the Razr, and just like the timeless slim smartphone, the new Razr is full of nostalgia. It brings back the classic flip design that made the original Razr so popular. Not to mention that Shahrukh Khan used the original Moto Razr in the remake of Don, making the smartphone all the more desirable. The 2019 foldable Moto Razr has a price tag of $1500 in the US which translates to roughly Rs 1.10 lakhs.

Coming to the specs of the new foldable Razr, the smartphone has a 6.3-inches foldable display with a resolution of 2142 x 876 pixels. The display is P-OLED with a 21:9 aspect ratio. When folded the smartphone has a 2.7-inch display with a 600x800 pixel resolution. Under the hood, it has the Snapdragon 710 SoC coupled with 6GB RAM and 128GB built-in storage. A 2510mAh battery with 15W TurboPower fast-charging support powers the entire package.