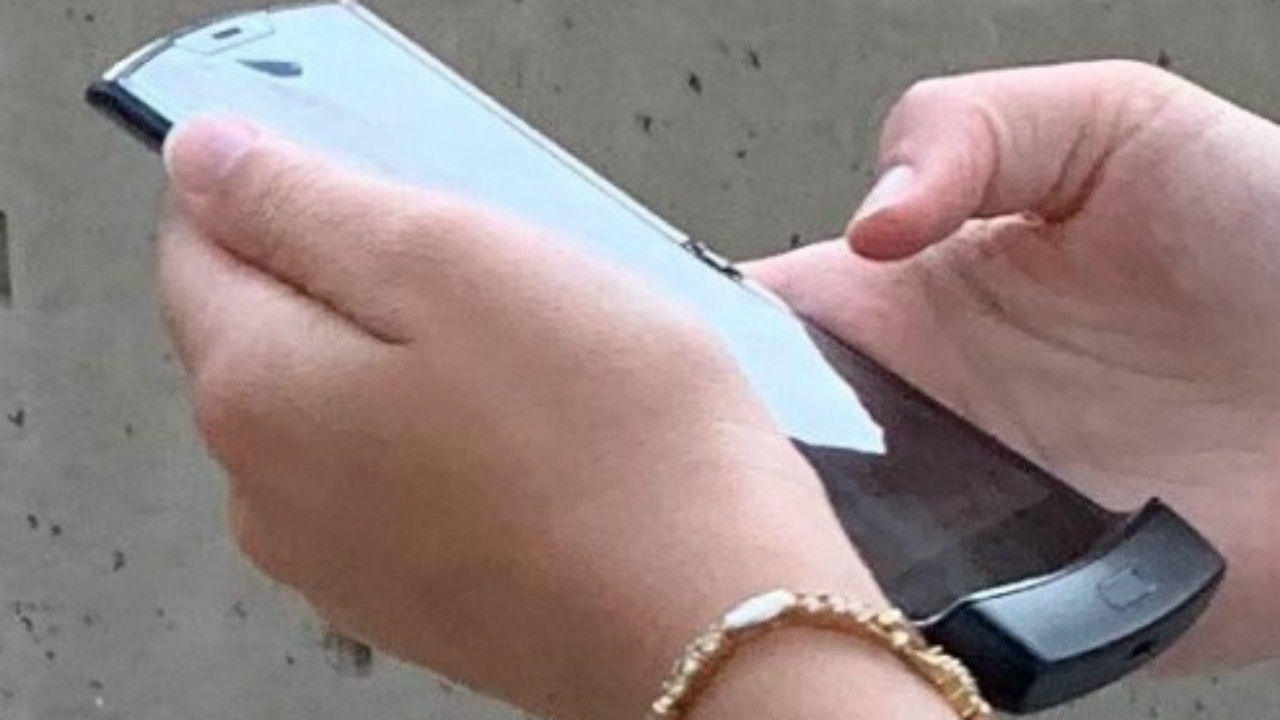 Motorola Razr 2019 spotted in the wild.

The Motorola Razr 2019 is expected to be a foldable phone with a clamshell design.

Motorola is expected to announce its first foldable phone at an event it is hosting on November 13. The upcoming handset is rumoured to feature a clamshell design, which is touted to resemble the iconic Moto Razr V3. We recently came across some leaked renders of the phone, which gave us an idea of how the company might implement a folding design on the alleged Motorola Razr 2019. Now, the smartphone has been spotted in the wild with a live image posted on Weibo. While the live image barely shows what’s on the device’s screen, its overall design does seen quite similar to what we came across in the previously leaked renders.

The smartphone in question can be seen featuring a tall display with a notch on top. On the bottom is a thick module, which has a button and it is speculated that the button can double up as a fingerprint sensor. It is tough to discern from the image but the phone seems rather slim when it is unfolded, however, the bottom module seems to represent the thickness of the phone. In its folded state. It is a good sign if the handset is already in live testing and is being used as this signifies the device’s imminent launch. 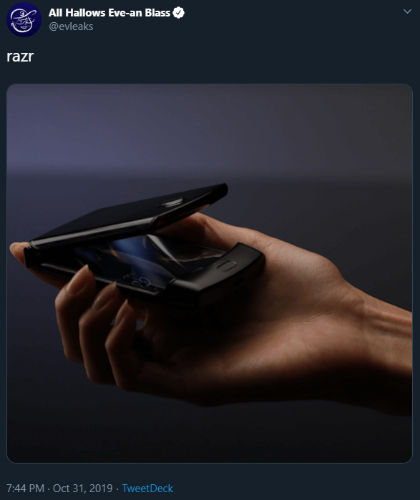 As mentioned above, we previously came across some new renders of the Motorola Razr. The device quite closely resembles the original Razr V3 from 2004. When folded, there’s a small touch screen on top of the phone’s upper half and below is the same thick module that sports a button. An image of the phone shows how it looks when completely unfolded and it shows off its hinge and a tall inner display. There’s a regular square-shaped notch on the device’s display.