Motorola Edge Plus has gone official in India with a price tag of Rs 74,999 and while this wasn’t unexpected given that it packs flagship-grade hardware, many, including us, assumed that the Edge Plus will likely go up against the likes of Xiaomi Mi 10 5G which launched recently for Rs 49,999 bearing a similar set of internals.

Motorola Edge Plus will be up for pre-orders starting May 19 on Flipkart and leading offline stores across India. There’s just one variant of the phone with 12GB RAM and 256GB storage and is priced at Rs 74,999. It is expected to go on sale from May 26 and comes in two colours-- Smokey Sangria and Thunder Grey.

As part of the launch offer, Motorola is offering an instant discount of Rs 7,500 to ICICI bank credit card holders and also on EMI transactions. 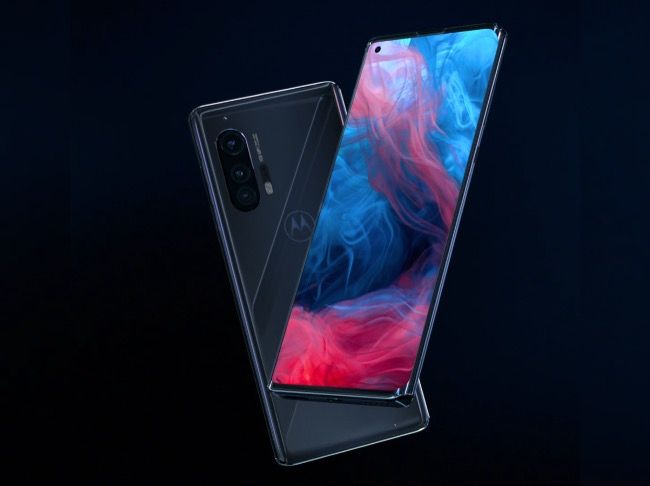 Motorola Edge Plus features a 6.7-inch Full HD+ (2340 x 1080 pixels) resolution display that uses an AMOLED panel with a punch-hole cutout on top for the selfie camera. The screen has a high 90Hz refresh rate and is certified for HDR10+ playback.

It is powered by a Qualcomm Snapdragon 865 chipset with 5G support and an octa-core CPU. This is paired with 12GB RAM and 256GB storage and there doesn’t seem to be another available variant.

Motorola Edge Plus has a triple camera setup on the back followed by TOF 3D depth sensor and dual-tone LED flash. The primary camera uses a 108MP sensor with an f/1.8 aperture and OIS support, an 8MP secondary telephoto camera with 3x optical zoom and OIS followed by a 16MP ultra-wide-angle camera. The rear camera setup can record in 6K UHD at 30fps and 4K UHD at up to 60fps. On the front, housed within the notch cutout is a 25MP selfie camera with f/2.0 aperture.

The Edge Plus has stereo speakers, Wi-Fi 6 modem and Type-C port for charging. The battery is rated at 5,000mAh and supports 18W fast charging and 15W fast wireless charging.