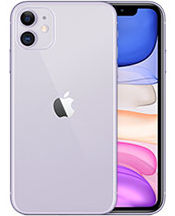 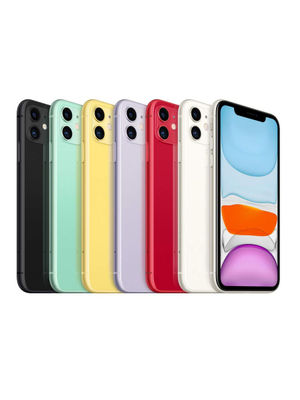 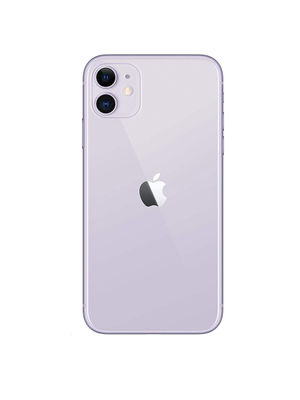 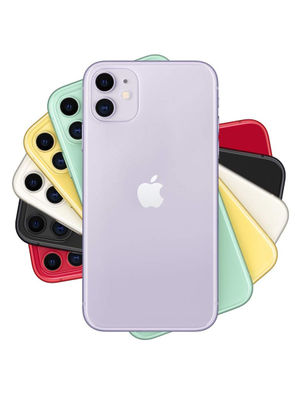 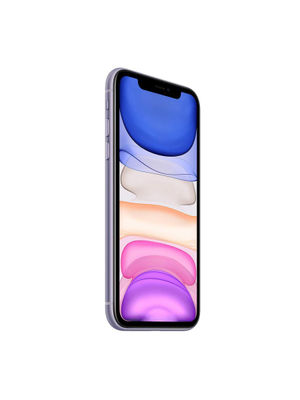 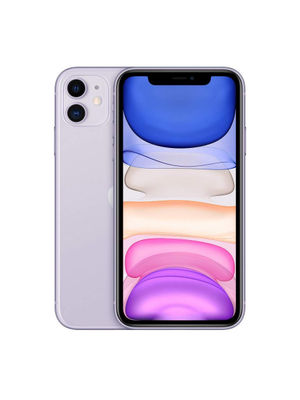 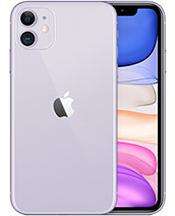 The Apple iPhone 11 is the company’s most affordable handset in its iPhone 11 lineup. It sports a waterproof and dustproof body and comes with upgraded cameras that are touted to capture detailed images. The handset succeeds the iPhone XR with better cameras, newer processors, and other features like Night mode. The Apple iPhone 11 has an IP68 dust/water-resistant design that can withstand up to 2m for 30 mins of water. The phone supports Apple Pay

The Apple iPhone 11 smartphone is now available for Rs 49,999 for the 64 GB variant while the 128 GB is available at Rs 54,999. The Apple iPhone 11 has a 6.1-inch Liquid Retina HD LCD display, and a water and dust resistant IP68 rated body. The phone boasts of a dual-camera system with 12MP Ultra-Wide and Wide cameras. It comes with features like Night mode, Portrait mode, and 4K video up to 60fps. The phone has a 12 MP True Depth front camera which comes with features like Portrait mode, 4K video, and Slo-Mo. It has a face ID for secure authentication.

The Apple iPhone 11 comes equipped with dual rear cameras. It consists of a 12 MP wide sensor and a 12 MP ultrawide sensor. The Apple smartphone is capable of recording high-definition (HD), Full HD and 4K videos. It has a 12MP front camera for clicking selfies and making video calls. The phone supports 4K video for both front and rear cameras. It also supports slow-motion videos from the selfie camera.

The device is powered by Apple A13 Bionic chipset, which is coupled with 4GB RAM. Since Apple's chipsets are known for besting its rivals, the smartphone is expected to offer good performance and lag-free gaming, browsing the web browsing experience. The Apple iPhone 11 offers connectivity options like 4G with VoLTE, Wi-Fi, mobile hotspot, Bluetooth, GPS and NFC. It supports Face ID and is equipped with accelerometer, gyroscope, proximity, compass sensor and barometer.

The phone comes with a non-expandable 64GB of internal storage, which seems to be more than enough space for all your music, videos, etc. The device also supports 18W fast charging that is said to charge the device to 50 percent in about 30 minutes. It has USB Power Delivery 2.0 and comes with Qi wireless charging. It is backed by a 3046 mAh battery.

The company claims that the iPhone 11 delivers 1 hour extra of battery life than its predecessor, the iPhone XR. The official price of the iPhone 11 starts from $699, (Rs 64900) and will go higher for additional storage options.

The iPhone 11 offers an array of connectivity options including Bluetooth, USB, WiFi, 3G, 4G, and GPS. It has a 2.0, proprietary reversible connector as well.

2.The screen has excellent brightness and contrast.

3.Apple A13 Bionic is the fastest smartphone chip on the planet.

1.The notch is still enormous.

2.A high-refresh rate screen would have made it more competitive.

3.No 3.5mm jack or audio adapter in the box, limited NFC usage.

The iPhone 11 is powered by the A13 Bionic, an update over the A12 Bionic.There’s 4GB of RAM (according to Geekbench) and storage options consisting of 64GB, 128GB or 256GB. It’s a seriously impressive performer both in real-world tests and benchmarks.The A13 Bionic chipset is the beefiest and most feature-packed chip ever on an iPhone, Along with powering basic functionality, it allows for features like 4K60fps video capture across each camera, Slofies and the updated Smart HDR functions. You might not notice an obvious performance right away, but that little chip is doing a lot of work across the iPhone 11.Now let’s dive into the specs of this chipset. A13 Bionic was called Apple’s “Most efficient chip to date” during its unveiling and it uses the second generation of Apple’s 7nm (nanometre) process, which packs 8.5 billion transistors onto each chip. That’s up from the 6.9 billion transistors of the A12 Bionic.

The newest iPhones always comes with the latest Apple iOS, and that's the case with the iPhone 11 series. They all run on the iOS 13 out of the box, though we received and installed the iOS 13.1 update on September 24.The iOS 13 is another major update of the iPhone OS, bringing a new system-wide dark theme, improvements to battery life and charging, and updates a couple of the default apps with new looks and features - Photos, Maps, Reminders. Sign in with Apple ID is part of iOS 13, too, and there is a more detailed control over location access.With the previous iOS 12 Apple introduces grouped notifications, Screen Time, better DND mode, and expanded battery stats. One of the biggest changes that iOS 11 brought back in 2007 was the unification of the lockscreen and notification center.Now, let's take a look at how things are done on them iPhones.The iPhone 11 trio has one biometric security feature, and that's Face ID. It hasn't changed much since its introduction within the iPhone X, though now the that the new iPhones have a bit wider lens on their selfie cameras, Apple claims the Face ID works at wider angles. Well, we tried it, and even though this upgrade sounds reasonable in theory, it was hard to see and feel the improvement.All iPhone 11 phones support Face ID, and you can add a second face as Alternate Appearance option.The navigation gestures stay the same as they were on the iPhone and the always-visible line at the bottom is here to stay. Swipe upwards from that line to close an app, swipe and stop midway for task switcher.

Following on from the excellent iPhone XR, the iPhone 11 retains strong battery lifeI’ve been comfortably getting a day of battery life, even with ‘heavy’ useThe lack of an included fast charger is a pain and we’d recommend buying one separately

Over the review period the iPhone 11 has performed admirably when it comes to battery life, comfortably making it through the day and just about improving on the already excellent iPhone XR.

iPhone 11 holding The iPhone 11 should last you all-day.While the XR might have been the longest-lasting iPhone we had ever reviewed, that award now goes to the iPhone 11 Pro Max. Saying that you’re still getting excellent endurance with the iPhone 11 and you’ll certainly notice the difference if you’re upgrading an older iPhone like the iPhone 7, iPhone 8 or iPhone SE. I would even say you’ll see suitably strong improvements if you’re coming from a Plus-sized iPhone – like the iPhone 8 Plus.

What remains disappointing is Apple’s reluctance to include a fast charge capable charger with all of its phones. In the iPhone 11’s box you’ll find a limp 5w plug which can take up to 3 hours to fully charge the phone – when competing Android phones with much larger cells inside can go from 0-100% in an hour this simply isn’t good enough. Apple has started shipping its iPhone 11 Pro models with an 18w charger and this works with iPhone 11 too. Picking up one of these chargers (£29 for the plug, £19 for USB-C to Lightning cable, though cheaper Anker ones are available for £14) will make the charging process much quicker.

The 6.1-inch Liquid Retina Display is really good to look at as long as you are not comparing it with iPhone 11 Pro. For daily content consumption and use, the iPhone 11 will not give anyone a reason to have a single complaint. The colours look punchy, the viewing angles and contrasts also stand out.LCD displays are generally scoffed at these days. Yet, Apple’s arrogant enough to still put it in a phone that costs Rs 64,900. There’s a reason for that arrogance as Apple doesn’t really believe in specifications that sound really great on paper. The iPhone 11 packs in an LCD display that has a resolution of 1792 x 828 pixels. Now if you are one of those buyers who believes in doing a spec-by-spec comparison before buying a phone then the iPhone 11 will never make the cut, on paper. However, it’s not always about specs but what you really do with them and this is where the iPhone 11 — just like the iPhone XR — has the edge. It’s quite crazy how this doesn’t really look like a LCD display and not an OLED.

Charging your iPhones and Apple Watch at the same time via MagSafe Duo will cost you Rs 13,900

Apple MagSafe Duo wireless charger is now listed on Apple Shop Online and lets users charge their iPhones, Apple Watch or AirPods simultaneously. Though the MagSafe Duo charger is not currently available to purchase, we...

Apple has released iOS 14.2 update bringing in new emojis, wallpapers and a ton of bug fixes to iPhone and iPad. There are a couple of updates to HomePod and some specific updates for the...