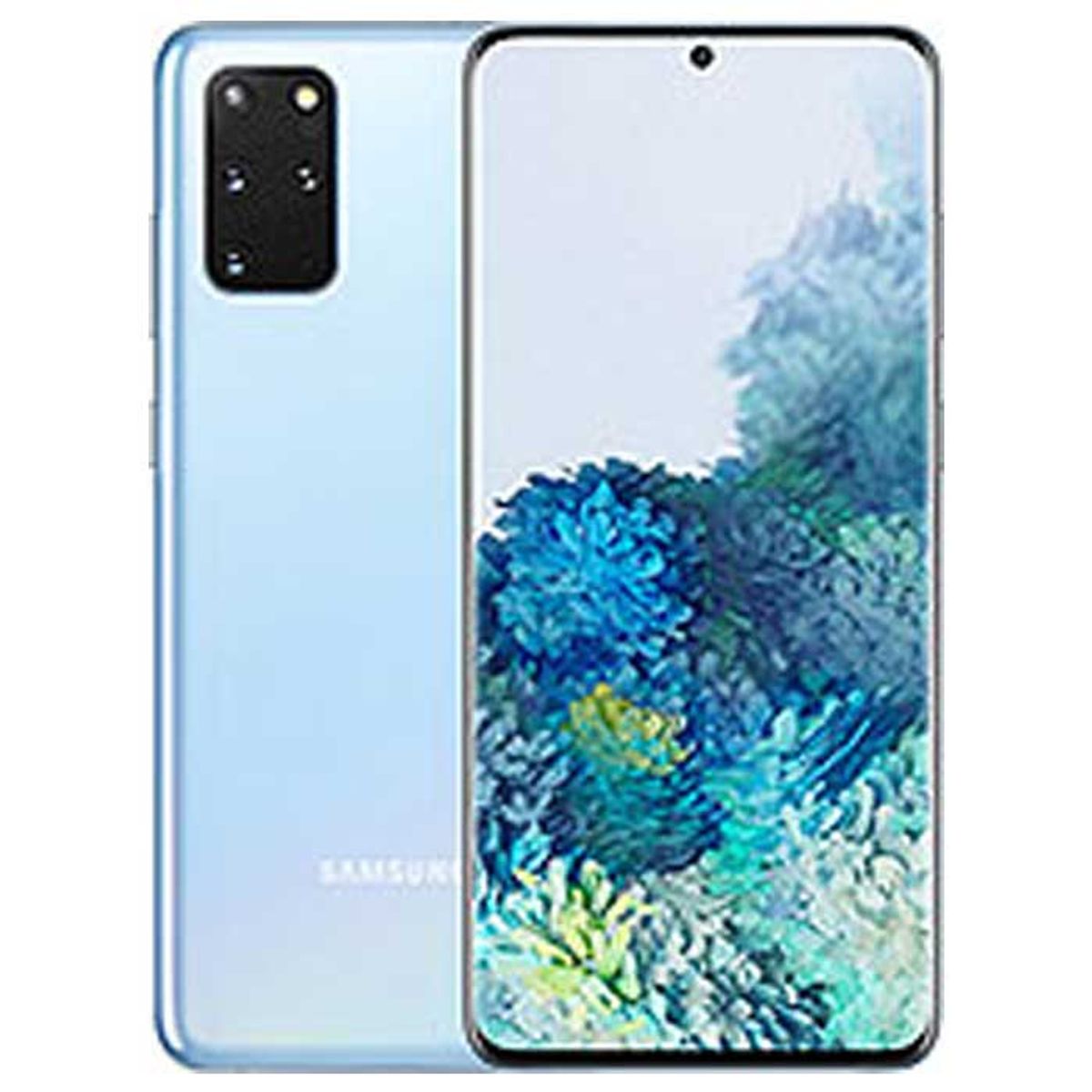 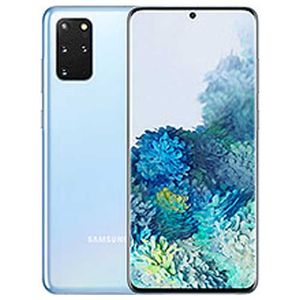 South Korean giant Samsung is gearing up to launch the Galaxy S20 Plus 5G smartphone. The device will have a 6.7-inch display screen and will be launched in 8 GB and 12 GB of RAM variants. Samsung will be launching three new flagship devices which include the Galaxy S20 Plus and Samsung Galaxy S20 Ultra 5G according to rumours. The upcoming flagship device, Samsung Galaxy S20+ 5G will run on Android 10 and will be powered by the latest Qualcomm Snapdragon processor.

The flagship devices will be unveiled at Samsung’s upcoming Galaxy Unpacker 2020 event which will be held on February 11, 2020, in San Francisco California. Samsung is expected to unveil the S20 flagship series along with its next-generation foldable phone.

The Samsung Galaxy S20+ 5G smartphone will have a bigger display than its predecessors. It is likely to support a 6.7-inch display with a taller aspect ratio and 1440 x 3040 pixels resolution. The phone will have a pixel density of 524 ppi. All the smartphones in the Samsung Galaxy S20+ family will feature 120 Hz display according to rumours. The smartphone will come with Glass front (Gorilla Glass 6), glass back (Gorilla Glass 6). It will have an IP68 dust/water resistant body (up to 1.5m for 30 mins).

The smartphone will feature a quad rear camera set-up and a front selfie camera. The phone will also have a 3D ToF IMX516 sensor. The ultrawide camera will have an S5K2LA sensor with 12MP resolution. However, these are rumoured specifications. The S5K2LA family of sensors ranges from 1.25µm to 1.4µm pixels, depending on the exact model which could be found on the S20 series. A sensor in the rear quad camera setup will be able to capture the time of flight data. The phone will come with an LED flash, auto-HDR, and panorama shot.

All these Samsung Galaxy S20 models will come with a Sony IMX374 sensor for the selfie camera. It will have a 10 MP sensor with 1.22µm pixels and Dual Pixel AF, which is similar to the S10 and Note10 phones. The front selfie camera will support dual video call and Auto-HDR.

Under the hood, the Samsung Galaxy S20 could be powered by the Snapdragon 865 SoC in the United States. In India, the phone will be launched in the company’s own Exynos 990 octa-core processor which will be the equivalent to the Qualcomm Snapdragon processor. The Exynos 990 processor was unveiled by the company in late 2019 and will power it latest flagship devices. The new processor will bring a new GPU, support for 120Hz screens as well as offer a significant performance boost, claims Samsung.

The new flagship series will run on Android 10.0 based company’s proprietary One UI 2.

The Samsung Galaxy S20 5G smartphone will come with a powerful 5000 mAh battery. Rumours suggest that the phone will support 45W fast-charging that can charge the battery from 0-100 percent charge in just 74 minutes.

The smartphone will be launched in multiple storage variants including 128 GB, 256 GB, and 512 GB. It will also come with a microSD expandable phone memory that will increase the storage capacity to 1 TB.

Connectivity options include in the Samsung Galaxy S20+ 5G will be Bluetooth, USB, Wi-Fi, USB- on the go, 4G, VoLTE, 5G and much more. The smartphone will support Dual SIM with dual standby. It will support USB 3.1, Type-C 1.0 reversible connector. The device will also come with NFC which will help in easy transfer of files between NFC enabled devices.

The smartphone will be launched in 8 GB / 12 GB RAM variants in 128 GB, 256 GB, and 512 GB internal storage. Samsung is reportedly adding a microSD card slot in its new flagship line which will allow users to expand the phone’s storage capacity up to 1 TB.

The Exynos 990 processor comes with two powerful custom cores, two high-performance Cortex A76 units and a power-efficient quad cluster of Cortex-A55 cores, claims Samsung. The chipset is dual-core NPU, but the DSP is improved, according to the company.

Samsung’s latest Exynos 990 processor was announced in October 2019 and will power its latest flagship phones. The new processor has been manufactured on the 7nm EUV process and will be 20% faster and more power-efficient than its predecessors Exynos 9820 and Exynos 9825, claims Samsung. The chipset also comes with a new modem which is a 5G-enabled Exynos Modem 5123.

The Exynos Modem 5123 is one of the first 5G modem chips which has been built on the 7nm EUV process. The chip can reach up to 3 Gbps downlink in LTE networks promises Samsung. In 5G, it supports up to 8CA and will be able to deliver a maximum DL speed of up to 5.1 Gbps in sub-6 GHz and 7.35 Gbps in mmWave.

The 5G smartphone will come with the usual array of sensors including proximity sensor, accelerometer, gyroscope, compass, barometer, and much more. It will have an in-display fingerprint sensor as well as Face Unlock for additional security. The smartphone will support Samsung Pay (Visa, MasterCard certified). The phone will support Bixby’s natural language commands and dictation.

We will know more details about the Samsung Galaxy S20+ 5G nearer the phone’s launch date on February 11, 2020.

Design - The design is great and you get to hold a large display phone in your hand which is not heavy at all.

Camera- Best part of the phone is the camera setup S20+ has. The pictures look so real and now you get a 3x lossless zoom and also 30x zoom.

No 5G support- I understand that we don't have 5G in India yet but it kind of feels bad when you get to see phones like OnePlus 8 or Xiaomi 10 Pro which has 5G variants at a much lower price. I mean, just imagine paying 74k and not getting a future proof phone :(

I used the Geek bench 5 app to test the performance of my device and I got Single -Core Score as 571 and Multi-Core Score as 2428 which is less as compared to the S20+ Snapdragon version even if we keep a 10% error margin.

I used the Androbench app for this and these are the scores I got:-

Overall, if I were to rank processors then I would place the Snapdragon 865 at 1st place and my processor i.e Exynos 990 at 2nd place and then Snapdragon 855+ would take the 3rd place.

S20+ comes with Android 10 and One UI 2.1 on top of it. I feel with the One UI 2.1 Samsung has near perfected the User Experience by enabling the user to use the phone with just one hand.

This itself tells the user what he is viewing as the whole top half portion just has that one word and the also allows the users to use single hand to open, type or delete the messages.

Battery life is good but the charging time is very bad.

I took the battery charging test with the original Samsung Charger (25 Watt Fast charger) that came with the phone and here are the results:-

I also took the Real World Battery drain test by keeping the phone at 69% battery and started playing PUBG at MAX settings for 15 min. Lost the game and also only 4 % battery life.

Then finally at 59% battery I opened Google maps with navigation GPS on test for 1 hour and my battery life at the end of this 1 hour was 51%.

Overall I think the battery optimisation is good on S20+ because this test kept my phone on for like 2 hours straight and the battery drain was just 18% .

Conclusion, it might take lot of time to charge but the phone can last all day long.

Design of S20+ is simply GREAT! Samsung have reduced the curve around the phone because in the past it let to many accidental touches and now the curve is just perfect. Also the rear camera bump is not too much and the front camera placement could be better if it was in corner instead of middle.With 90.5% screen to body ration the phone looks completely bezel less.

Display wise S20+ has the best Super AMOLED screen of 6.7 inch with a 2K display resolution. The pictures and movies look very good on this screen that this phone has replaced my iPad as the binge watching device. The phone also has a feature where if you start a video it would immediately bump up the video quality.