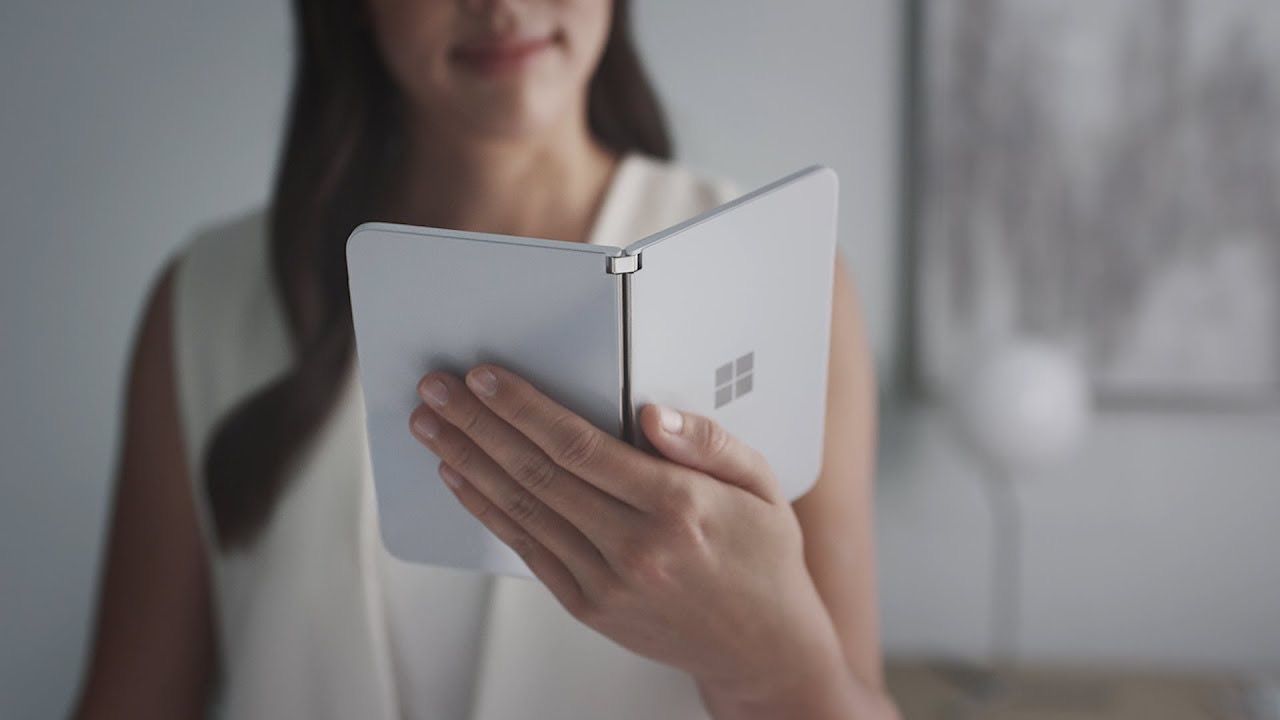 Microsoft Surface Duo foldable Android smartphone is confirmed to launch officially on September 10 in the US. The pre-orders for Surface Duo are already underway and anyone in the US can pre-book the company’s first foldable phone at a price of $1,399. Microsoft had previously revealed the design along with some key specifications of the Surface Duo and today, in its Surface IT Pro Blog, it announced the availability of the phone along with a sneak peek at the final product.

The Surface Duo comes with two 5.6-inch displays separated by a hinge design that enables it to be used in different modes. There’s currently no word whether Microsoft is planning to bring the Surface Duo to India anytime soon. Nevertheless, by direct conversion, the price of Microsoft’s foldable phone is around Rs 1,05,000 which puts it in the ballpark of other foldable phones like Samsung Galaxy Z Flip and Motorola Razr.

Microsoft Surface Duo features two 5.6-inch AMOLED screen with a resolution of 1800 x 1350 pixels and 4:3 aspect ratio. The display is capable of reproducing 100% sRGB and DCI-P3 colour gamut and is topped with a layer of Gorilla Glass for added protection. When opened, you get an 8.1-inch QHD+ (2700 x 1800 pixels) resolution display in a 3:2 aspect ratio. The Surface Duo measures 4.8mm in thickness when opened and weighs 250 grams.

It is powered by Qualcomm Snapdragon 855 chipset from last year and is paired with 6GB RAM and 128GB/256GB UFS 3.0 storage options to choose from. The Surface Duo runs on Android 10 and comes pre-loaded with Microsoft 365 suite of Android apps. It also supports Surface Pen but it doesn’t come bundled.

The Surface Duo comes with an 11MP camera with an f/2.0 aperture with PDAF and EIS support and doubles up as both the rear and front camera system. It can record in 4K UHD at upto 60FPS along with features like 7x super zoom, HDR support and more.

It's got a fingerprint reader and a single speaker unit with dual microphones and support for Qualcomm aptX Adaptive codecs. The Surface Duo is fitted with a 3,577mAh battery with support for 18W fast charging out-of-the-box. Microsoft claims that the phone can provide upto 27 hours worth of talk time and upto 10 days of standby time.

Microsoft has currently only revealed the availability of the Surface Duo for the US but we should have some more clarity for other regions on September 10 when the phone officially goes on sale.