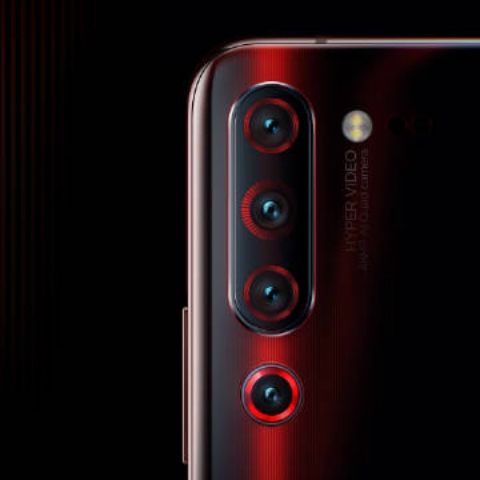 The company has already teased that the phone will come with a quad-camera setup on the back.

A day ahead of it launch, a video advertisement has revealed that the Lenovo Z6 Pro will sport a waterdrop notch. Till now, all the teaser posters have revealed the phone from the back showing off the quad-camera setup and promoting the ‘Hyper Video’ feature of the phone. This is essentially the first time that the phone has been seen from the front, and it is seen featuring a near bezel less display. The advertisement also confirms that the phone will come with an in-display fingerprint sensor, however, it is still not known if its an optical sensor or an ultrasonic one.

Last week, a hands-on image and two videos shared on various social media platforms showed the Lenovo Z6 Pro with four cameras on the back panel. The camera module has four vertically-aligned cameras situated on top left corner on the back panel, and the flash is on the right side of the module. Lenovo has been teasing a ‘Hyper Vision’ camera with the ability to record ‘Hyper Videos’ but the company hasn’t really explained the technology.

Another video teases the phone's ability to record high-quality video as well as shoot macro photos. 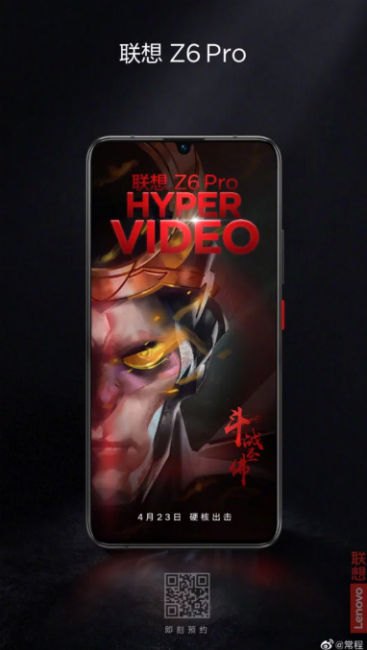 Till now, reports have suggested that the Lenovo Z6 Pro will be powered by a Snapdragon 855 chipset, and may support 5G. It is expected to have a 4,000mAh battery with fast charging support. The phone has been teased to come with a “billion level pixels”, hinting that it could feature with a 100MP camera. However, the leaked videos have showed the phone carrying a “48MP AI Quad Camera” branding on the back. Lenovo Z6 Pro will launch in China on April 23.